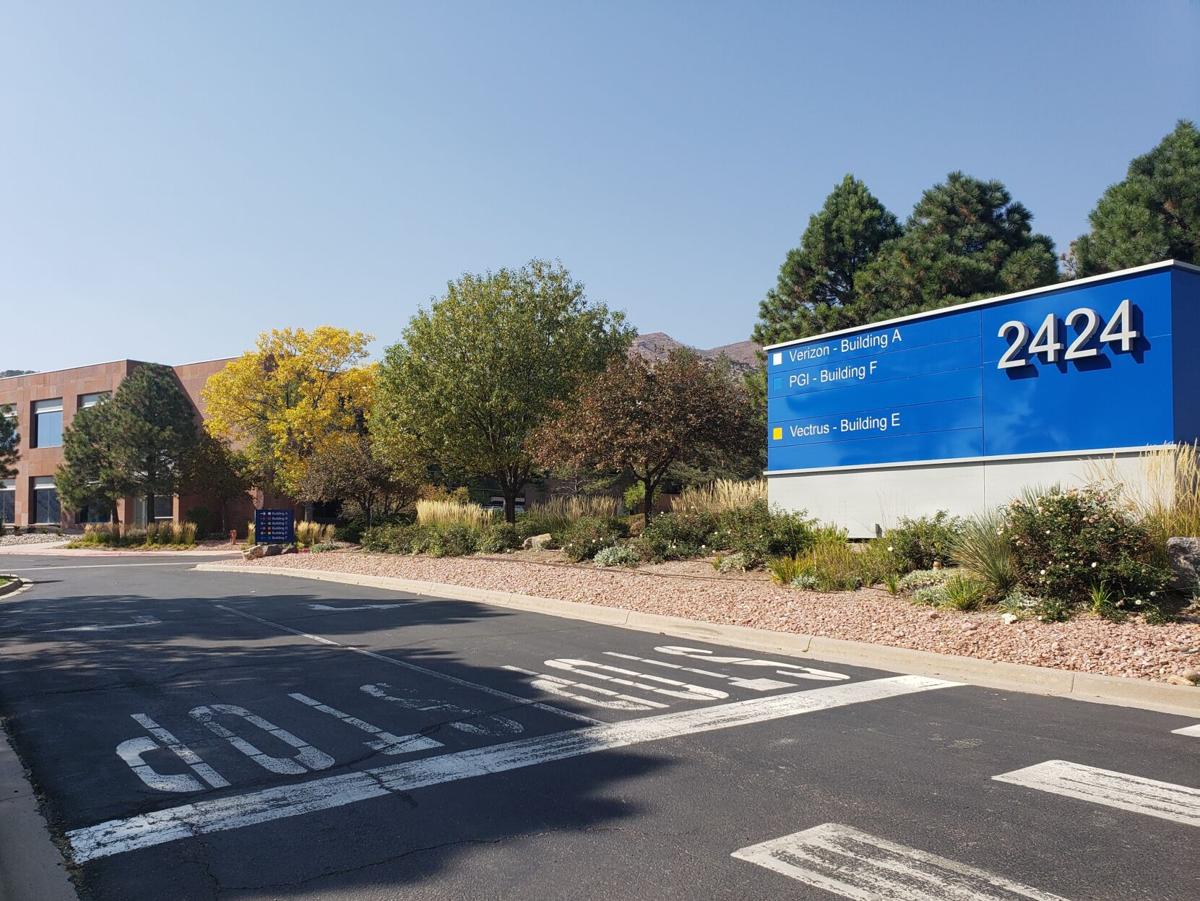 A developer is proposing to rezone 93 acres of a 125-acre business park at 2424 Garden of the Gods Road as part of a plan to build new residential and commercial buildings on the property. This photo shows the property on Oct. 7. 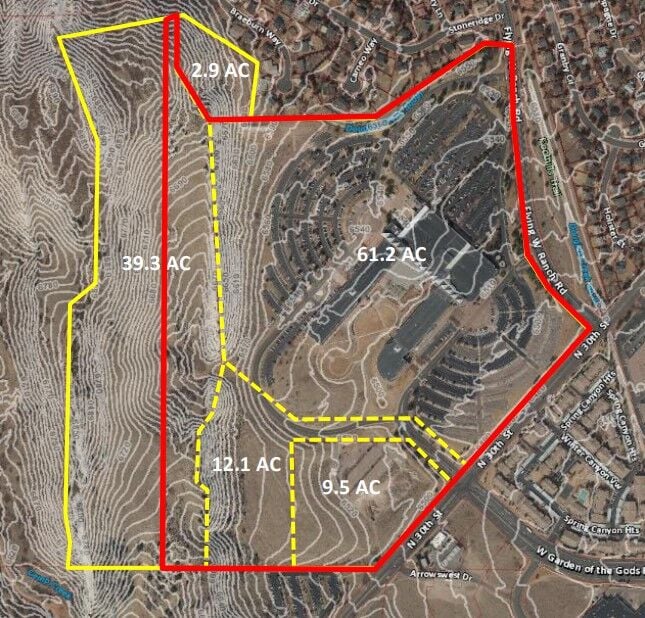 Courtesy of City of Colorado Springs

The portion of the map outlined in red is the 93-acre area in the 125-acre business park at 2424 Garden of the Gods Road that developers want to rezone. 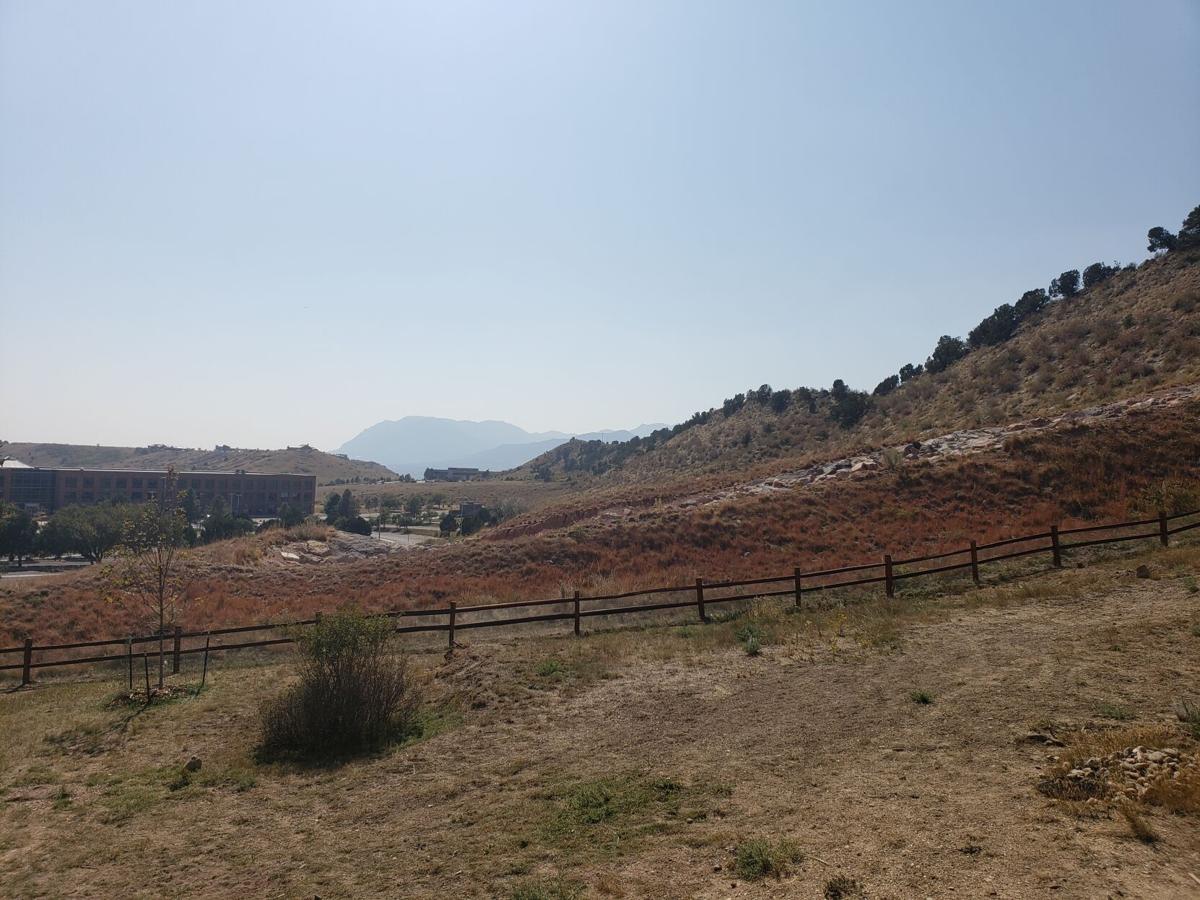 The view across 2424 Garden of the Gods Road shows Cheyenne Mountain in the background. Residents are worried that allowing large multifamily buildings on the property could obstruct those views. This photo shows the property on Oct. 7. 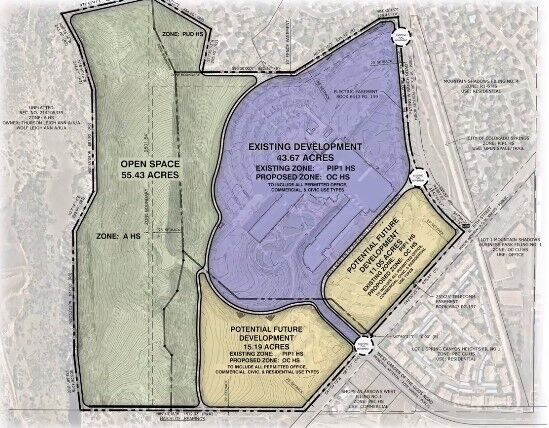 The concept plan for the 2424 Garden of the Gods Road shows the site of a proposed development planned on two parcels along North 30th Street.

A developer is proposing to rezone 93 acres of a 125-acre business park at 2424 Garden of the Gods Road as part of a plan to build new residential and commercial buildings on the property. This photo shows the property on Oct. 7.

The view across 2424 Garden of the Gods Road shows Cheyenne Mountain in the background. Residents are worried that allowing large multifamily buildings on the property could obstruct those views. This photo shows the property on Oct. 7.

Residents near Garden of the Gods Road blasted a proposal to develop new apartments and possibly a hotel and restaurant in the area, saying it could generate more noise, block views and make it tougher to evacuate during a wildfire.

Several Mountain Shadows residents recounted memories of trying to evacuate during the Waldo Canyon fire during an online neighborhood meeting Wednesday as they spoke out against proposed high-density housing at a business park at 2424 Garden of the Gods Road. Hundreds of additional units could aggravate traffic problems and make it harder to leave during an emergency, residents said.

Mary Beth Netherton recalled the evacuation as a living nightmare.

"I thought we might be burned alive in our cars," she said.

More than 300 residents tuned in to hear about redevelopment plans for the property, a 125-acre office complex that is partially vacant. Developers are asking the city to rezone the property and allow apartments and potentially a hotel and restaurant to be built along north 30th Street, said Andrea Barlow, with N.E.S. a consulting firm. The existing office buildings, formerly home to MCI Communications, would stay in place and the ridge to the west of the offices would remain open space, according to the conceptual plan.

In the first phase, 2424 Garden of the Gods LLC, the developer, is planning about 250 market-rate apartments on the 15 acres on the northwest corner of Garden of Gods Road and 30th Street, Barlow said. In the second phase, a hotel and a restaurant or 300 unit apartment complex could be built on 11 acres on the northeast corner of the intersection, she said.

"We not proposing to do any development outside of those areas that have been developed and disturbed," she said.

The new buildings would be built below the existing office buildings and should not adversely impact the views of those living north of the property in Mountain Shadows, Barlow said.

Many of the residents who spoke at the meeting raised questions about the presentation and the data used to make conclusions.

While the apartments and hotel would only cover 26 acres, several residents pointed out if developers receive approvals they are asking for, they would be able to build 30 units per acre and in the future could build far more units than Barlow presented.

"We need to change that so that a full build-out won’t be possible into the future," resident Ruth Kelty said.

Many residents also called for new traffic data to be gathered because a survey was done in July when traffic volumes would have been lower because of the coronavirus pandemic.

"The road survey is a total waste of time," resident Pam Wood said.

Residents also raised concerns that the city notified only residents within 1,000 feet of the proposed development and not the entire Mountain Shadows community.

"Most of the people in Mountain Shadows don’t know that this project is being proposed," Netherton said.

Kate Kutcho was the only resident to speak in favor of development, citing the need for affordable housing for young workers.

The neighborhood meeting was an early step in the review process of the request to rezone. The Colorado Springs Planning Commission and the City Council will make decisions on the rezoning request.

Barlow said the developers may work directly with the Mountain Shadows Community Association in the future on revisions to the plans.

"There may be some adjustments based on what we have heard today," she said.

Rooms with a view: 2 more hotels planned on Colorado Springs' north side