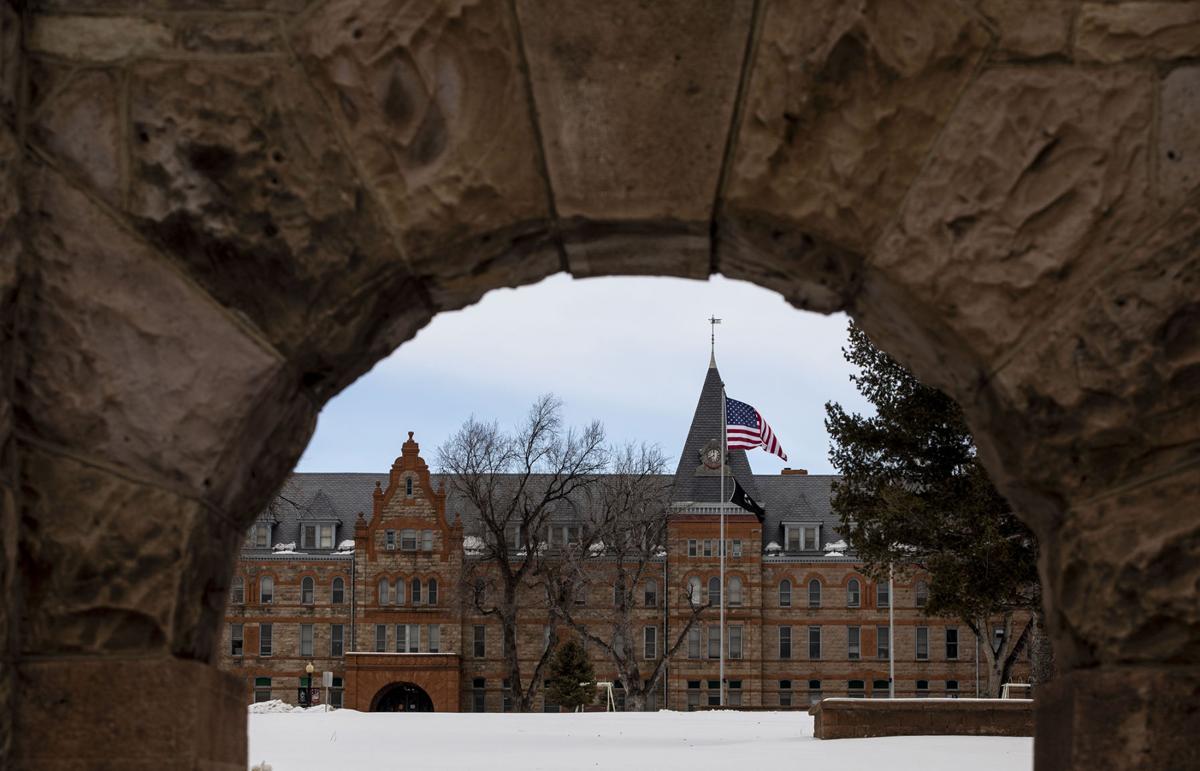 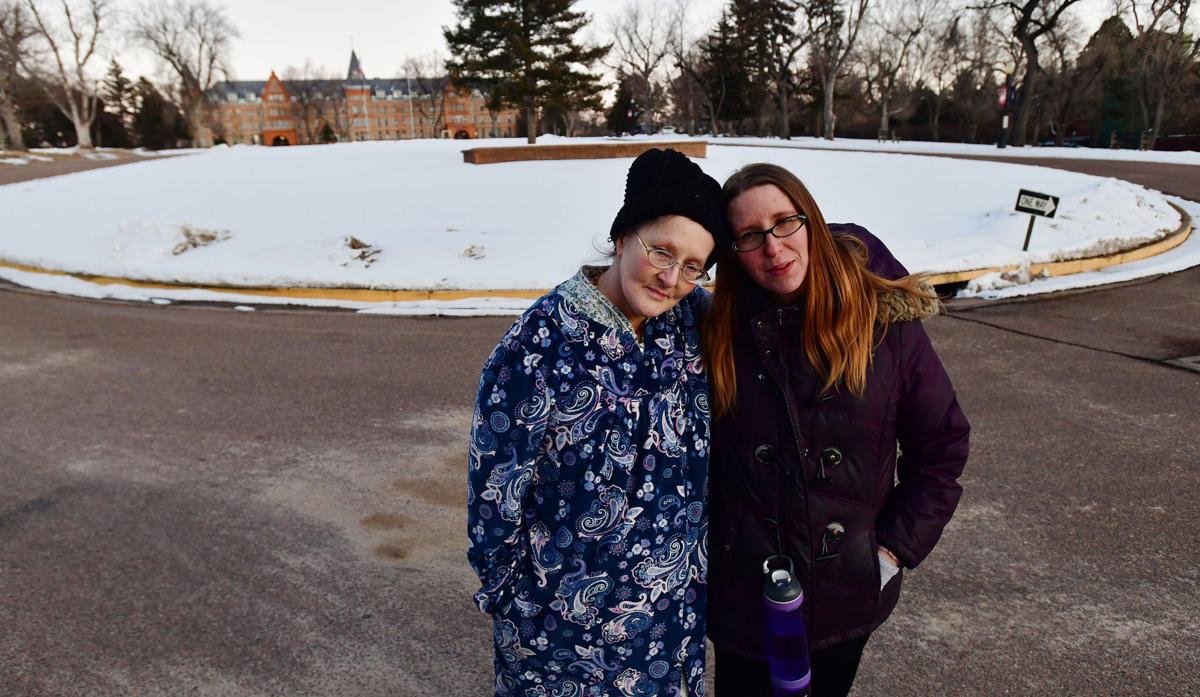 Janet Scofield, 59, and her daughter, Jessie Dodson, came out to talk to members of the media after finding out that Scofield will be losing her resident at the Union Printers' Home on Tuesday, Feb. 11, 2020. Scofield has been living there for 11 months. (Photo by Jerilee Bennett, The Gazette) 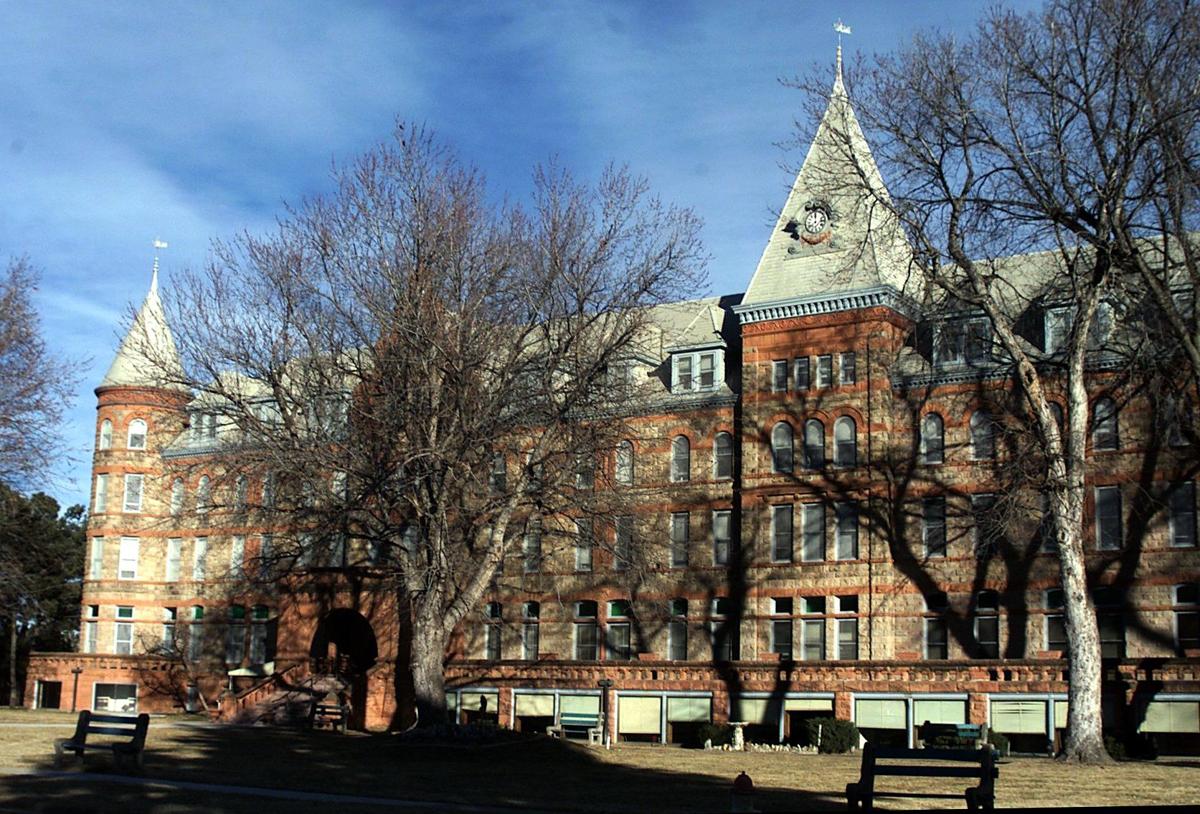 Janet Scofield, 59, and her daughter, Jessie Dodson, came out to talk to members of the media after finding out that Scofield will be losing her resident at the Union Printers' Home on Tuesday, Feb. 11, 2020. Scofield has been living there for 11 months. (Photo by Jerilee Bennett, The Gazette)

The Union Printers Home nursing home and assisted living facility will be shuttered after its 100-plus residents are relocated, a state official said Wednesday.

“Once all of the residents are out, it will be closed,” Peter Myers, public information officer for the state health department’s Health Facilities and Emergency Medical Services division, told The Gazette. “It’s really a matter of making sure we have a safe transfer.”

The facility will not have a chance to recover its license. On Tuesday, the state issued a summary suspension of the facility’s license, an action taken when moving to revoke a license, Myers said.

The suspension came after the state health department received a complaint about a female resident’s death at the nursing home last week. The state couldn’t identify the resident, but the El Paso County Coroner’s Office confirmed that a woman, Margarita Sam, was found dead at the facility Feb. 3.

The death is being investigated by the Colorado Springs Police Department’s Crimes Against At Risk Adults unit under the Special Victims Section, Sgt. Jason Newton said Wednesday.

“It’s definitely heartbreaking, especially the circumstances,” he said. “We’re going to have to backtrack and figure out what happened days before, leading up to that point.”

An autopsy has not yet been completed. Newton would not comment on how the woman was found, but Colorado Springs news station KRDO, citing her family’s statement to the Pikes Peak Southern Christian Leadership Conference, said she was found frozen outside on a bench, lacking proper clothing. The order of suspension issued to the facility Tuesday from the state mentions a resident found dead on a bench outside the facility.

“The department has … determined that a lack of protective oversight may have contributed to the [nursing home] resident leaving the facility unobserved,” the order states.

The decision to suspend operations was made after a “pattern of noncompliance” in which the death played a part, Myers said.

“Staying within the regulations and their performance in doing that has gotten worse rather than better,” Myers said.

The Union Printers Home has a target closure date of March 27 but must stay open until all residents are placed elsewhere, a spokeswoman for an outside agency brought in by the state to run the facility through closure said Wednesday.

“We are here to help every last resident,” said Heather Terhark, vice president of ancillary services at Vivage Senior Living. “They will receive good care throughout all of this.”

Myers was unaware of who would foot the bill for outside management through closure.

Relocating the facility’s 100-plus residents will be challenging, especially when considering the complexities of payor sources like Medicare and particular insurance plans, said Erin McNab, a housing navigator with the senior-focused nonprofit Silver Key.

Residents at the facility are used to having their own rooms, a relative luxury not afforded by many Colorado Springs nursing homes that accept Medicaid, further complicating the transition, she added.

The moves will be “huge change for these residents,” said McNab, who worked at the facility nearly 20 years ago, when it was owned by the printers union.

“Having a safe place that is familiar to you is huge. Change is scary for anyone, but when you can no longer take care of yourself, it’s even scarier.”

Jim Clamp was among those searching for a new home for a family member on Wednesday. His son, Carl Clamp, has lived at the facility for the past year and a half. The 49-year-old’s multiple sclerosis affects his mobility, vision and cognition, Jim said.

The younger Clamp “sounds pretty upset” about the closure, his father said. “He owns land down by Florence, and he’ll say, ‘I want to go down there and build a house.’ It’s just so far out of the question, totally impossible. His mind doesn’t work totally right.”

Jim said the treatment of his son by the facility’s nurses has been “top notch,” though he’s struggled to get straight answers about the administration of his son’s medications.

‘It’s an odd kind of place — if you call and get the recording, the main thing they do is talk about how everybody’s going to feel so great if a person moves there and what a wonderful place it is,” he said.

“But it’s sort of ironic because then they won’t answer their phone. It’s all just kind of haphazard. I think the telephone service is a symbol of the whole place.”

Medicare.gov shows the facility has been awarded two out of a possible five stars, earning it a “below average” rating. Facilities are rated based on health inspections, staffing and quality measures, according to the website.

The facility received one star out of five for its health inspection rating, putting it in the “much below average” category. The rating is based on each active provider’s three most recent health inspection surveys, as well as findings from the past three years of complaint information and inspection revisits, according to the website.

The website lists the facility’s number of health citations at 29, above the Colorado average of 7.9 and the U.S. average of 8.2.

Kansas-based Heart Living Centers took over operations at the facility in 2014.

The Colorado Springs Police Department has not responded to repeated requests for further information about the woman’s death.

The Gazette’s Liz Henderson contributed to this report.

In the past five years, the Colorado Department of Public Health and Environment has inspected Union Printers Home at least 63 times, according to department data. Of those, 20 have been in the past year. Such occurrences last year include:

In March, the state department found the facility failed to ensure a resident received accurate assessments and “timely treatment.” The resident’s condition declined and she was taken to a hospital where she was diagnosed with sepsis, acute kidney injury and urinary tract infection.

In August, the facility was cited for failing to store, prepare and serve food under sanitary conditions in one of the kitchens. No one was designated to be in charge of the kitchen, the report found, prompting a citations including improper food temperatures and a severe sewage backup in a mop sink.

In October, a state report cited the facility for failure to perform nursing rounds, complete comprehensive pain assessments after witnessing a resident fall and failure to report changes in the resident’s condition to their doctor.