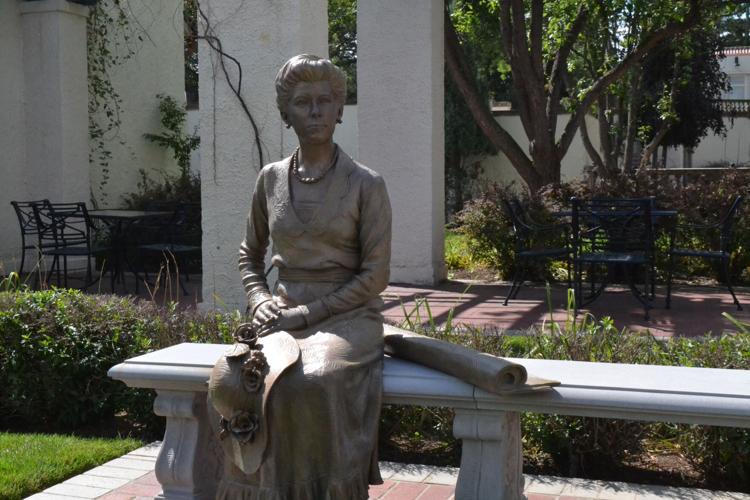 A bronze sculpture of Julie Penrose, created by Loveland artists Daniel Glanz and Sutton Betti, was unveiled in 2020 to mark the 150th anniversary of her birthday at The Penrose House. Julie and her husband, Spencer Penrose, lived there in the early to mid-1900s. It’s now a conference center for nonprofit organizations to use for free. 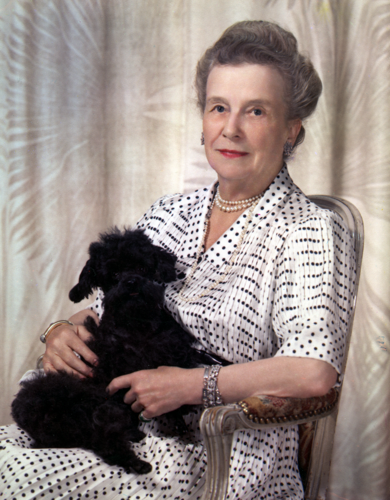 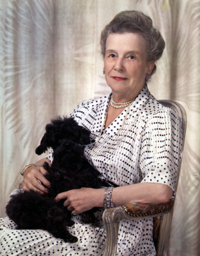 Portrait of Julie Penrose and a canine companion. 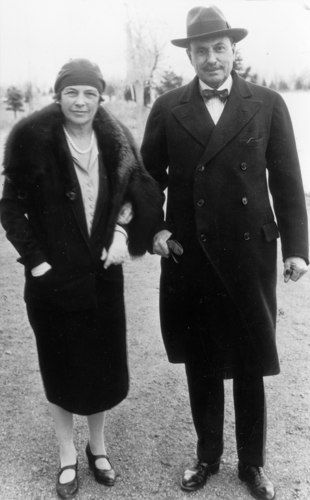 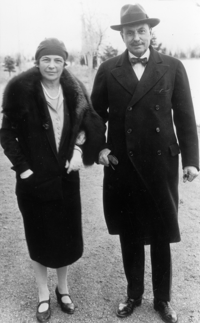 A bronze sculpture of Julie Penrose, created by Loveland artists Daniel Glanz and Sutton Betti, was unveiled in 2020 to mark the 150th anniversary of her birthday at The Penrose House. Julie and her husband, Spencer Penrose, lived there in the early to mid-1900s. It’s now a conference center for nonprofit organizations to use for free.

Portrait of Julie Penrose and a canine companion.

Julie Villiers Lewis McMillan Penrose, an influential grande dame who shaped the fabric of Colorado Springs as much as any of the city’s noted pioneers, would have turned 150 years old this week.

“She was a trailblazer and a powerhouse,” Nechie Hall, one of nine trustees of the El Pomar Foundation, said Wednesday, following a ceremony in the courtyard at Penrose House.

To mark the anniversary of her birthday on Aug. 12, 1870, the foundation — which she and her second husband, Spencer Penrose, formed in 1937 — toasted her accomplishments by unveiling several attractions.

A new bronze sculpture of Julie Penrose sits on a bench outside  Penrose House, which she and Spencer bought in 1916. El Pomar Foundation now rents the historic, majestic grounds and residence behind The Broadmoor hotel at no cost to nonprofit organizations for meetings and events.

The soft buttery brown-patinaed figure depicts Julie Penrose wearing a strand of her signature pearls and holding her familiar rosary beads in one hand and a flowered hat in the other.

A rolled scroll labeled Plans to The Broadmoor hotel lie next to her on the bench.

Gold and copper mining multimillionaire Spencer Penrose built The Broadmoor hotel, along with the Pikes Peak Highway to the top of the mountain and the Cheyenne Mountain Zoo. After his death in 1939, Julie Penrose ran the hotel as vice president until her death in 1956.

Also opening Wednesday was the Julie Penrose Room, a former bedroom that is now dedicated to honor the woman remembered as a kindhearted, generous soul whose vision was to help the people of Colorado.

The people who knew her said she was “quite a spirit,” Hall said, and always willing to assist anyone in need.

A stunning portrait of Julie Penrose, one of her dresses, old photographs capturing moments in her life and a wall about her legacy are featured. A video of Colorado Springs Mayor John Suthers decreeing Aug. 12, 2020, as Julie Penrose Day played in the background.

A small replica of her sculpture on a table symbolizes the new Julie Penrose Award, a likeness of which will be given each year to a deceased or living female philanthropist, volunteer or leader who has followed the namesake’s example and made significant contributions to their communities through their leadership and dedication.

The inaugural honoree is the late Margot Lane, who helped shape Colorado Springs through her volunteer work and a philanthropic foundation.

Among its funding efforts, The Lane Foundation has supported the launch of the Lane Center for Academic Health Sciences at the University of Colorado at Colorado Springs, the U.S. Olympic & Paralympic Museum, the Lane Institute for Urban Education Health Sciences at UCCS and other projects.

“She, like Julie, had an enormous impact on every aspect of our community,” Hall said.

Because of the novel coronavirus pandemic, the award will be presented posthumously to Lane in one year, on Aug. 12, 2021.

The board of trustees’ three female members started a movement two years ago to recognize Julie Penrose’s benevolency in the arts and humanities, education and the health and well-being of residents.

She relocated to Colorado Springs around the turn of the 20th century with her first husband so he could receive treatment for tuberculosis. But he died shortly after the family arrived. She and Spencer were married in 1906, and she became known as the "Queen of Colorado Springs."

Julie Penrose’s involvement in the community included donating her first home to become what is now the Colorado Springs Fine Arts Center at Colorado College.

She also contributed money to Penrose Memorial Hospital, the Colorado Springs Day Nursery, The Fountain Valley School, St. Mary’s High School and the Boys and Girls Club. She championed the renovation of the Central City Opera House, requested Pauline Chapel be built in honor of her granddaughter and worked as president of El Pomar Foundation until her death.

The 83-year-old foundation, recognized as one of the largest and oldest in Colorado, has made grants totaling more than $600 million in its history and continues to further Julie Penrose’s original intention, said trustee Andrea Aragon.

“She has a long list of lasting contributions,” Aragon said. “We thought we’d give her that spotlight she deserves.”

The chimes at the Will Rogers Shrine, perched in the hills above The Broadmoor hotel, where both Julie and Spencer Penrose are buried, rang out the tune to “Happy Birthday” as Wednesday’s ceremony concluded.

The Penrose House also is open for guests to tour. Some 36,000 people visit the grounds each year, said El Pomar Foundation spokeswoman Erin Hannan, either to attend events and meetings or just to look around.

Eldon Helm arrived on the campus of Cheyenne Mountain High School in the fall of 1955 as an assistant football coach. He helped out with the t…