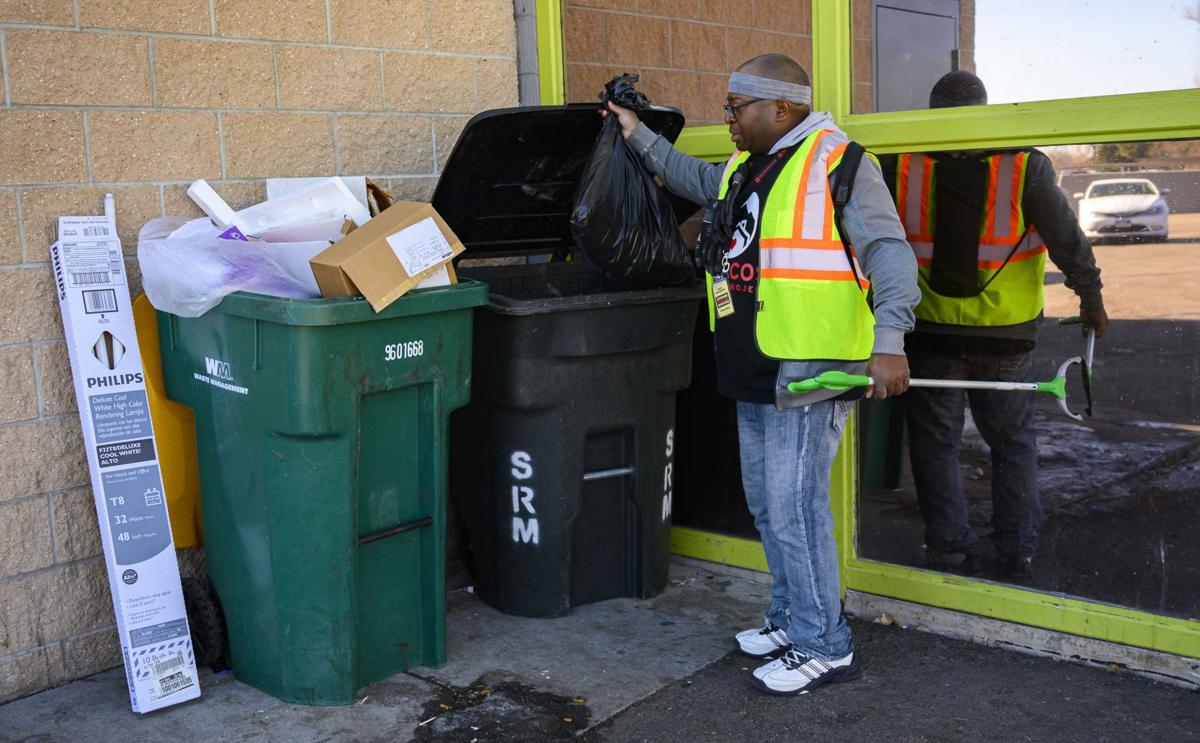 Laron Swisher throws away trash Tuesday at the Springs Rescue Mission. He and other residents picked up litter around the Mill Street neighborhood as part of the mission’s work engagement program. 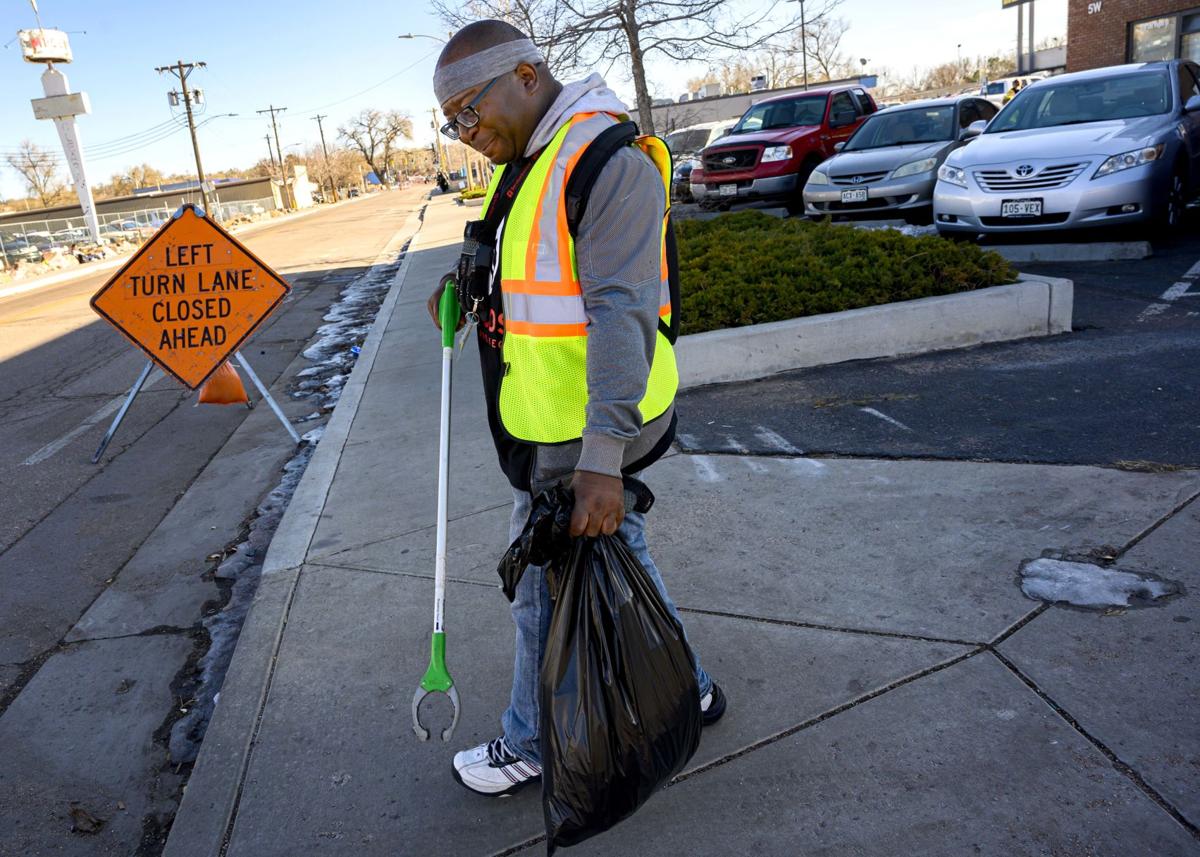 Laron Swisher throws away trash Tuesday at the Springs Rescue Mission. He and other residents picked up litter around the Mill Street neighborhood as part of the mission’s work engagement program.

The decision comes as the city seeks to meet a goal of its 2019 homelessness action plan, which called for the creation of a work program that would “provide both needed services to our community and gainful employment to those experiencing homelessness.”

In the process, the city also wants to boost a donation program aimed at curtailing panhandling.

“We think this a program that has a great future in this city,” said Jamie Fabos, a city spokeswoman.

City officials in May 2018 posted signs across town declaring “HANDOUTS DON’T HELP,” while encouraging people to text donations to a Help COS fund for multiple nonprofits. The fund collected about $1,000 since its inception, said Andrew Phelps, the city’s homelessness prevention and response coordinator.

Now, donations to that fund will help pay for staff and supplies at the Springs Rescue Mission’s work engagement program.

No homeless people are paid through that program. Rather, they volunteer their time for projects around the nonprofit’s campus — such as cleaning bathrooms and tidying up facilities — in exchange for certain incentives, such as lunch or forgoing lines for other meals.

Also, the city announced expanded cleanups of the Mill Street neighborhood, led by people staying at the Springs Rescue Mission.

Called the Help COS My City Project, the move adds to quarterly cleanups conducted by the nonprofit.

Fighting mental illness with affordable housing: What can Colorado Springs learn from this Tulsa nonprofit?

TULSA, Okla. — The door frame that Cathy Carter leans against is all that separates her from the fate suffered by her great aunt in the 1930's.