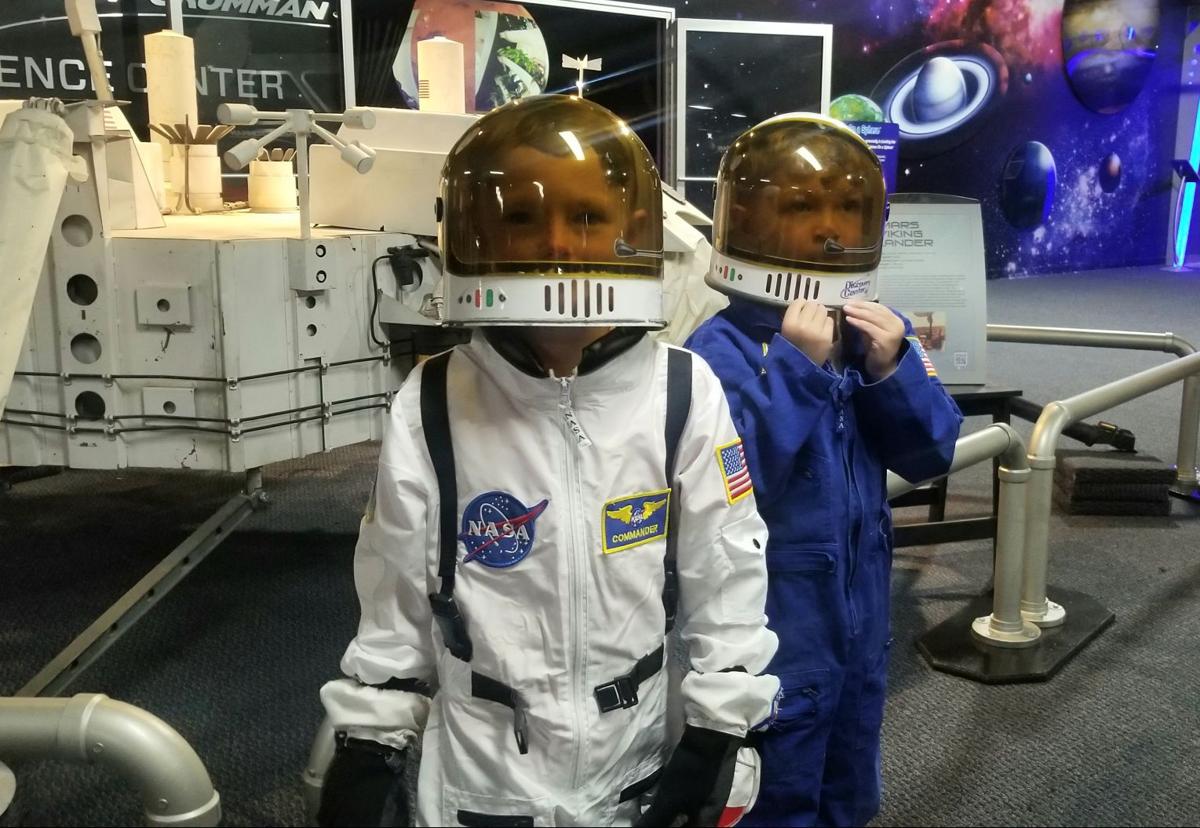 Five-year-old Rucker, left, and his 4-year-old brother Rowan may be the next generation of space explorers. 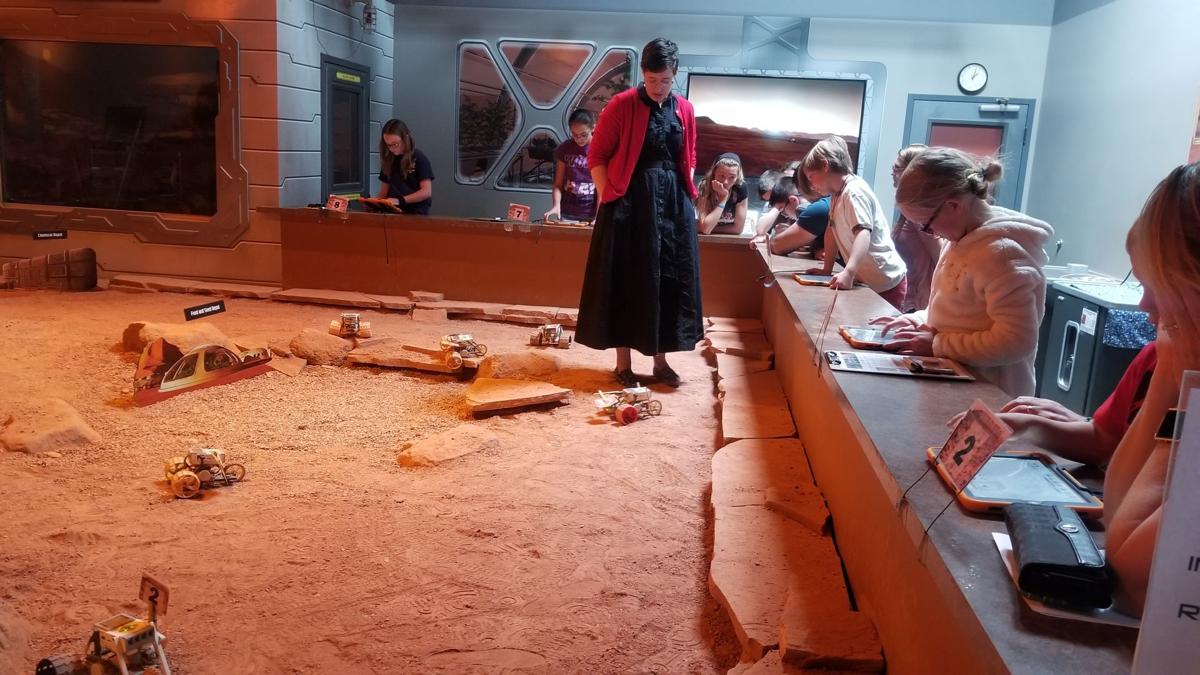 Rachel English, curator of the Build! exhibit, walks through the Mars rover lab as children attempt to control their prototype robots with iPads. Photo by Liz Henderson. 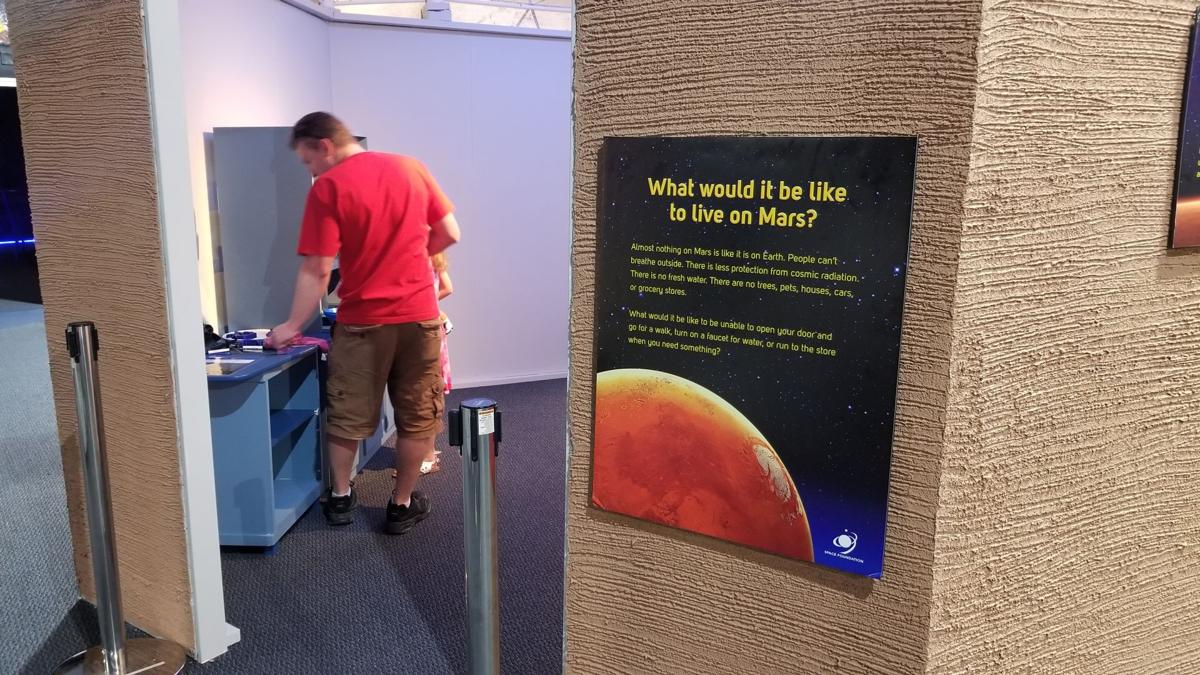 Five-year-old Rucker, left, and his 4-year-old brother Rowan may be the next generation of space explorers.

Rachel English, curator of the Build! exhibit, walks through the Mars rover lab as children attempt to control their prototype robots with iPads. Photo by Liz Henderson.

3D printing, underwater drones and remote-controlled rovers might be what it takes to live on Mars, if Mars is anything like what is depicted in the Colorado Springs-based Space Foundation Discovery Center’s Build! exhibit.

This summer, the Discovery Center’s newest exhibit seeks to enlighten visitors about what “exploring our future home in space” might be like, said exhibit curator, Rachel English.

“What is it going to be like to live on a different planet?” asked English. “What kind of challenges are we facing?”

“SpaceX at one point was saying they were going to send people to Mars by 2030, and I think that’s a little ambitious,” English said. NASA is attempting to establish a permanent human presence on the moon in the next decade with the hope of it leading to a Mars journey soon after.

“Maybe in the next 50 years, we’re probably going to land on Mars,” English estimated.

A vital key to space exploration lies in 3D printing, a concept the Build! exhibit seeks to address.

“Two of the big challenges facing a Mars expedition are size and weight,” English said. “If our spacecraft is too heavy, it’s going to take more fuel and not be able to travel as far.”

3D printing could help alleviate that challenge by allowing astronauts to quickly create what they need on planet, instead of having to carry it with them or waiting for a shuttle to arrive.

On its opening day Saturday, the center had a handful of children proving their skills in the Mars robotics lab.

Norah, 12, said she wanted to be an architectural engineer one day, and that playing with the miniature rovers on a simulated Martian environment was her favorite part of the exhibit.

“If you tell (the rover) to turn at a 15 degree angle after passing the tower, it’ll do that,” said Norah, focused on keeping her prototype rover on track.

The exhibit features a therapeutic robotic seal with artificial intelligence, called PARO, that was developed to help astronauts battle the loneliness of space exploration. It might be the next step in using technology to assist with normal human issues, like separation anxiety and depression.

“There’s a large number of personal problems that we just haven’t worked out yet,” English said. “There’s just so much to learn.”

The Build! exhibit has an remote-controlled underwater drone for visitors to test out what searching a planet’s ocean depths would be like.

“We’re talking about looking for life on other planets,” English said.

“We find beginnings of life in the ocean on Earth, so finding an ocean on another planet is a great place to look for life.”

The exhibit is set to run through Aug. 3. The Discovery Center is open from 10 a.m. to 4 p.m. Tuesday through Saturday.

Admisison is $10 for adults and $5 for children, with discounts for military, students and seniors.

The Broadmoor hotel isn’t wasting any time on construction of an addition to its Broadmoor Hall exhibition facility.