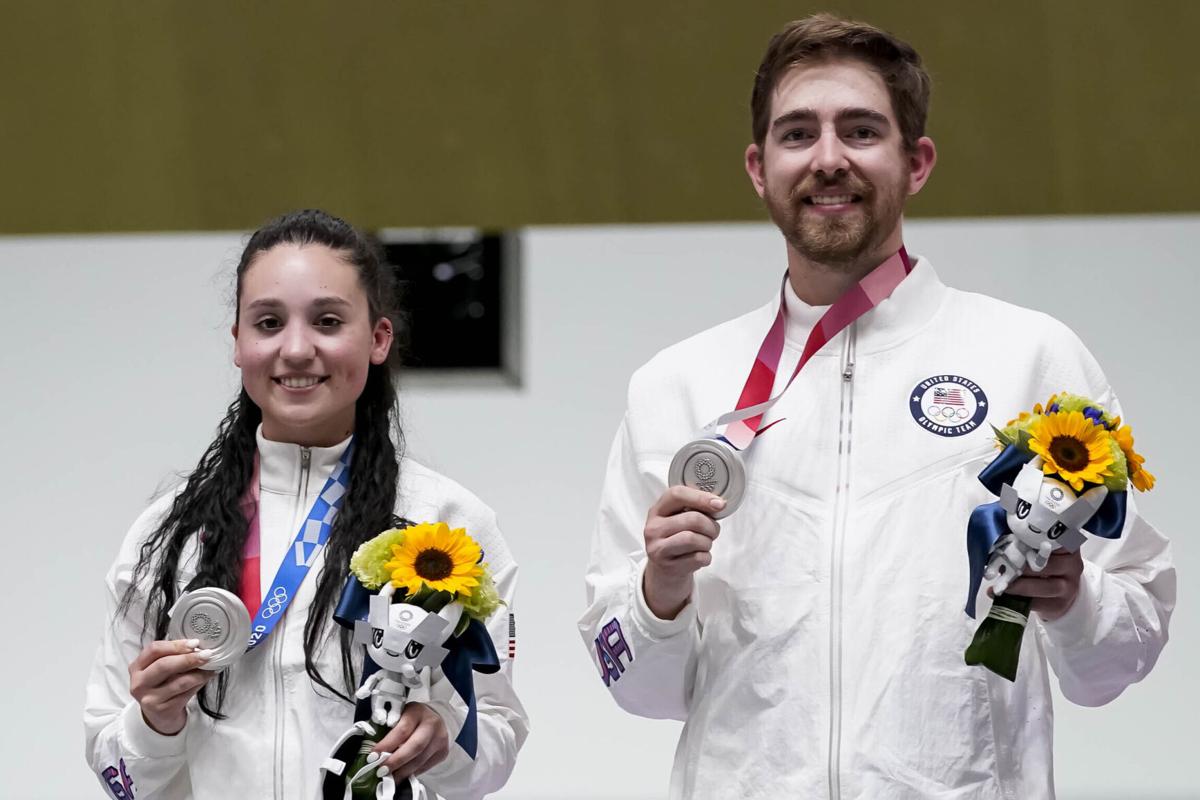 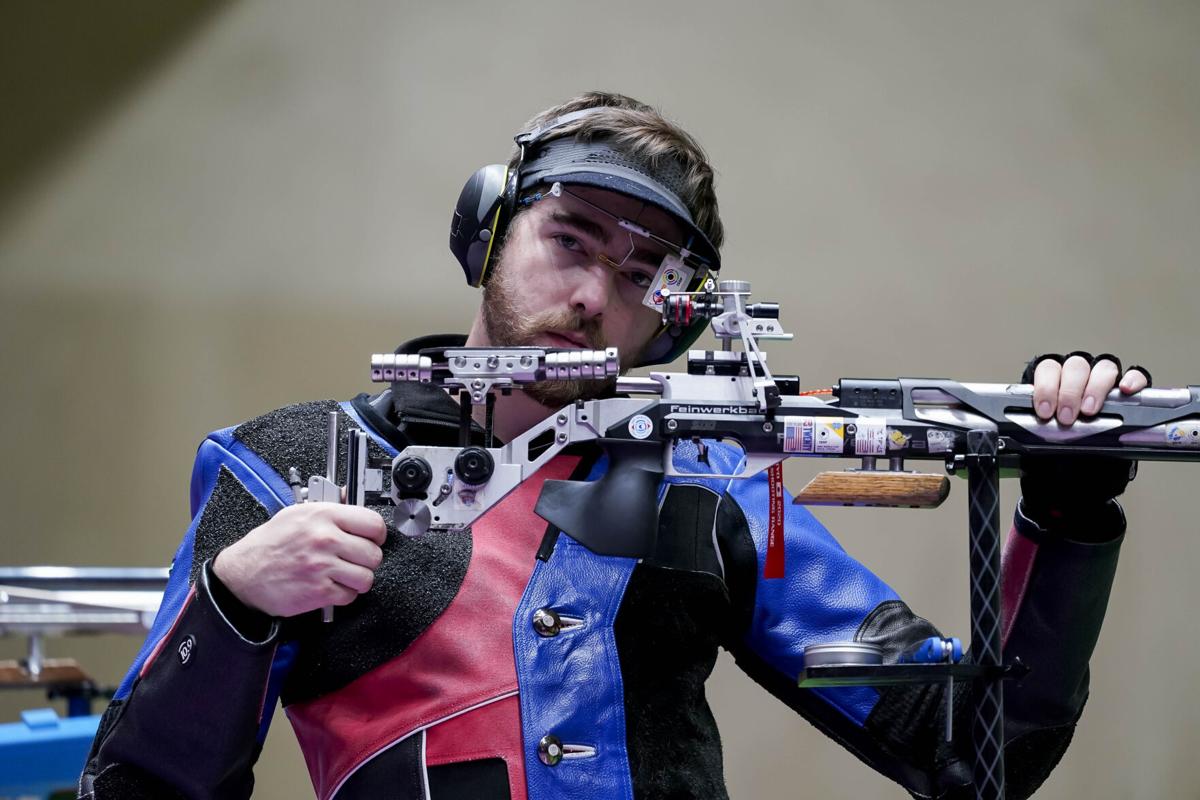 Lucas Kozeniesky, of the United States, prepares to compete in the mixed team 10-meter air rifle at the Asaka Shooting Range in the 2020 Summer Olympics, Tuesday, July 27, 2021, in Tokyo, Japan. The United States team went on take the silver medal. (AP Photo/Alex Brandon)

Lucas Kozeniesky of Colorado Springs and his partner, Mary Tucker, combined to win silver in the mixed 10-meter air rifle.

Yang Haoran and Yang Qian have given China a sweep in the first two mixed team shooting events, beating Kozeniesky and Tucker.

Kozeniesky is a two-time Olympian (2016, 2020) who attended N.C. State. At Olympic Trials Part 2 in 2020, Kozeniesky tied a world record and set a rational record, securing another spot on the Olympic Team in the process.

The gold is Yang Qian’s second of the Tokyo Olympics after she won the women’s individual 10-meter rifle. Yang Haoran also took the bronze in the men’s individual event.