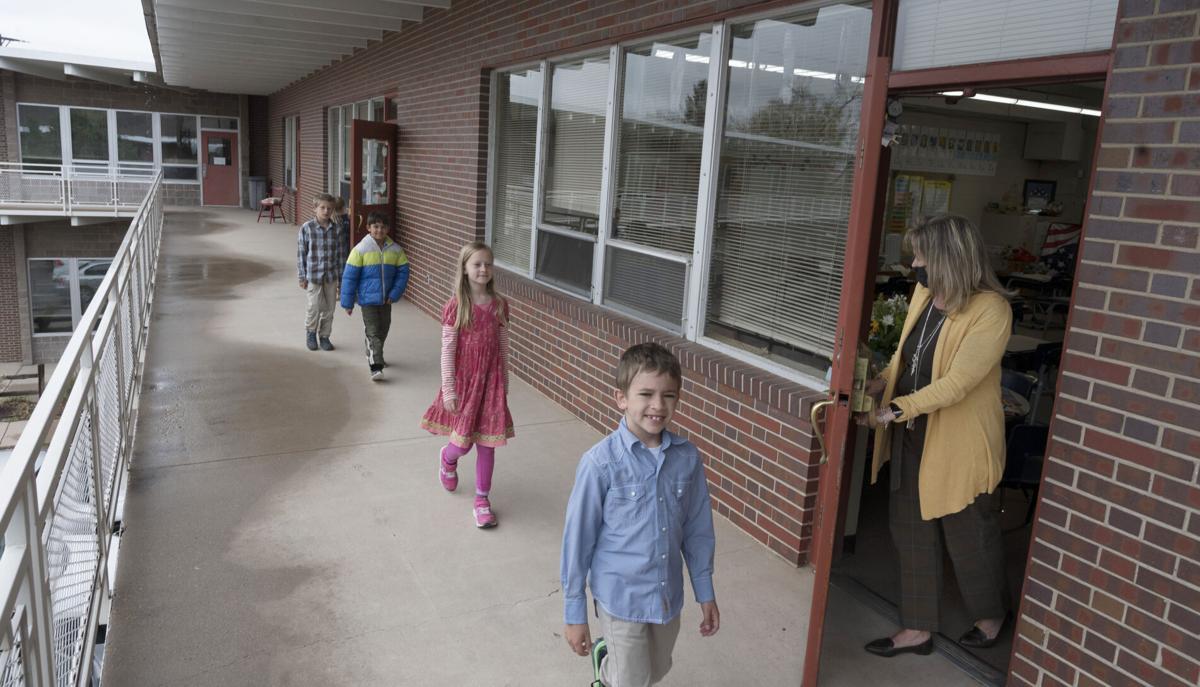 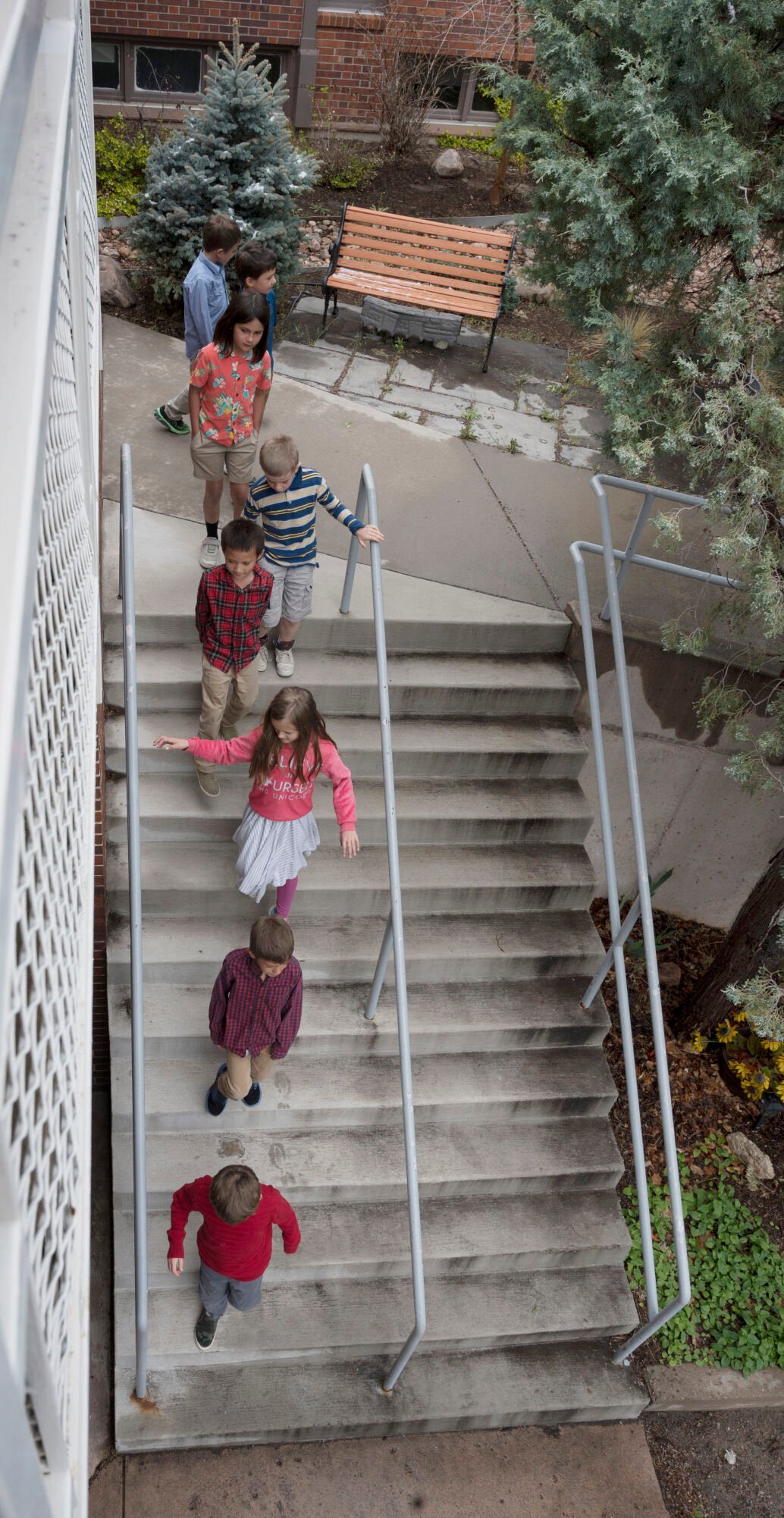 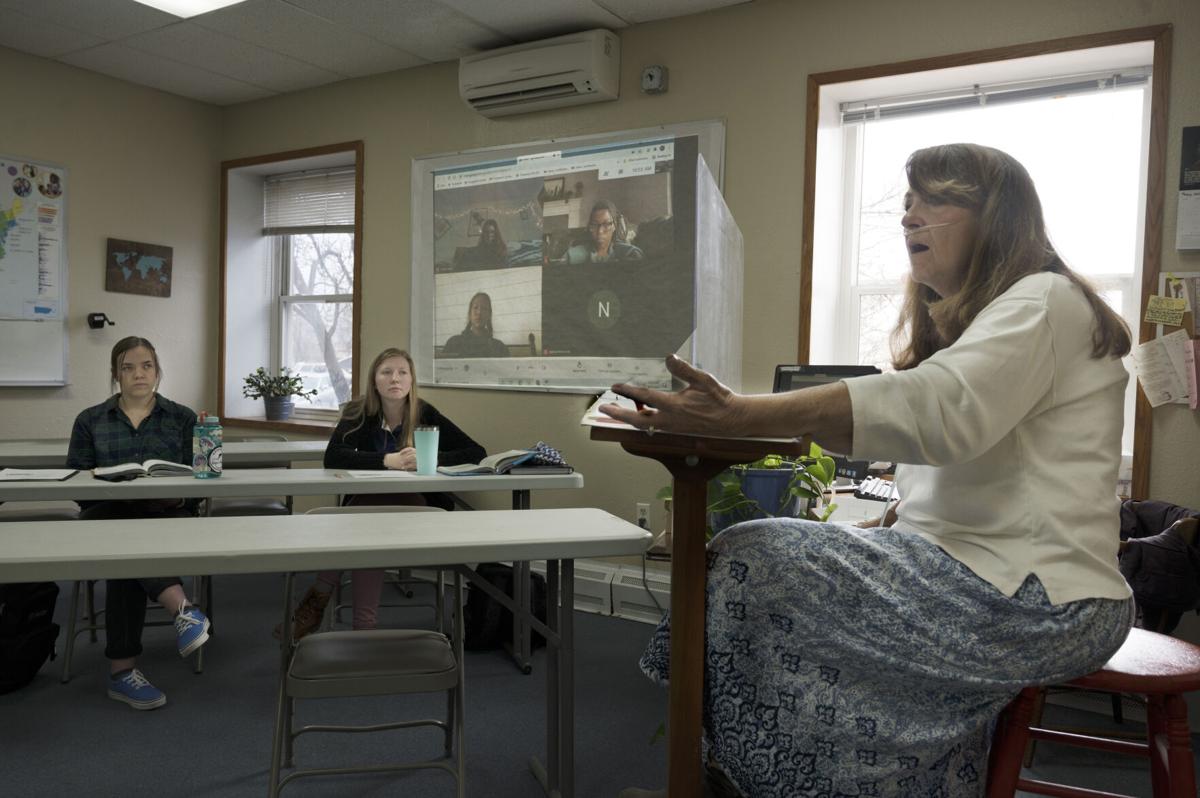 A 50-year-old school design has proven to be an effective weapon in the modern-day battle against the novel coronavirus.

Evangelical Christian Academy, observing the half-century mark of its founding, is one of a scant few schools in Colorado Springs that has kept its elementary doors open the entire academic year.

Well, there are two and a half weeks to go until summer break.

But Principal Darla Blue is optimistic that the combination of the unique floor plan, astute protective steps and a little grace of God thrown in will see the small, enduring religious school through to the end of the unusual 2020-2021 session.

“It’s more beneficial, especially for the younger students, to be with a live teacher,” she said Tuesday, while standing outside the school at 2511 N. Logan Ave. “It helps us meet their individual needs, which is harder to do online.”

Here’s how they’ve done it.

Each preschool-through-sixth-grade classroom has an outside door, like a motel room, that leads to an exterior sidewalk and the parking lot.

During the pandemic, the school closed interior hallways, banned 60 volunteers and other visitors from going inside the building, and limited students’ movement.

Students remain in cohorts, or small groups approved by public health officials, and switch locations only for P.E. and music.

Students always have eaten lunch at their desks, Blue said, so there was no need to change the normal routine.

Other measures include asking parents to drive their own children to and from school instead of carpooling and moving weekly chapel services, the annual Christmas pageant and parent meetings to the parking lot.

The weather has been fairly cooperative for such outdoor activities, Blue said.

The principal, office staff and teachers have filled the role of the volunteers, assisting in classrooms and reading to younger students.

“The things we’re known for in our community, we’ve tried to maintain,” Blue said.

The efforts have paid off, she said. The school campus has had zero COVID-19 outbreaks. One family reported having the virus while at home over spring break, Blue said, but they didn’t expose anyone at the school.

By keeping kids in class, Blue said, the school has been able to at least maintain and, in many cases, improve academic growth for its 130 students and avoid regression — one of the primary concerns of online learning.

“It helps mentally, too, for both staff and students,” she said.

Evangelical Christian Academy opened its elementary school in 1971 in its current building, which was constructed in 1958. The school built an addition in the next decade and opened a combined junior high and high school at a separate location in 1985.

The secondary school, which has 180 students, is about 5 miles away, on the campus of Village Seven Presbyterian Church.

Founded as one of the city’s first Protestant schools, the reason for its being then was the same as now, said Superintendent Jim Johnson.

The school's associated founding church, Evangelical Presbyterian, which is defunct, sought to “have the ability to teach from a biblically integrated perspective in all subjects,” he said, “and we continue that.”

Over the years, many religious schools in Colorado Springs have closed, Johnson noted, including Baptist, Lutheran, Episcopalian and some Catholic offerings.

Competition from free public charter schools is one factor, he said.

Some charters use classical curriculum and teach Latin, for example, like Evangelical Christian Academy.

But the difference, Johnson said, is that at his school, Christian and secular perspectives are argued in junior high logic classes, and rhetoric, which teaches persuasive speech, is a graduation requirement.

Evangelical Christian is also the only accredited classical Christian school in Colorado, in a nationwide network of 400 such schools.

Senior Darcey Wingett transferred to the school two years ago from a local traditional public high school because she said she didn’t feel like she could be herself there.

“I love the fact that I can be open about being a Christian at school,” she said. “If I’m struggling (with something faith-related), I can ask a teacher, and they’ll answer.

“My grandparents have gone through a lot of health struggles, and the school knows, and people have been willing to pray for us.”

Blue, the elementary principal, came to work at the school when her children were in preschool and has stayed for more than 30 years. Her grandchildren now attend Evangelical Christian Academy.

“It's like a small-town school where there's a lot of nurturing, teachers care about their students and other staff, and at the very core we still have the freedom of teaching about Jesus, which is important for our kids to see.”

Gilbert Johns, a Colorado College professor and dean, who also helped found the now-defunct Colorado Opera Festival in the '70s, and was a Gazette arts critic at large for a decade, died Wednesday in Chicago. He was 89.