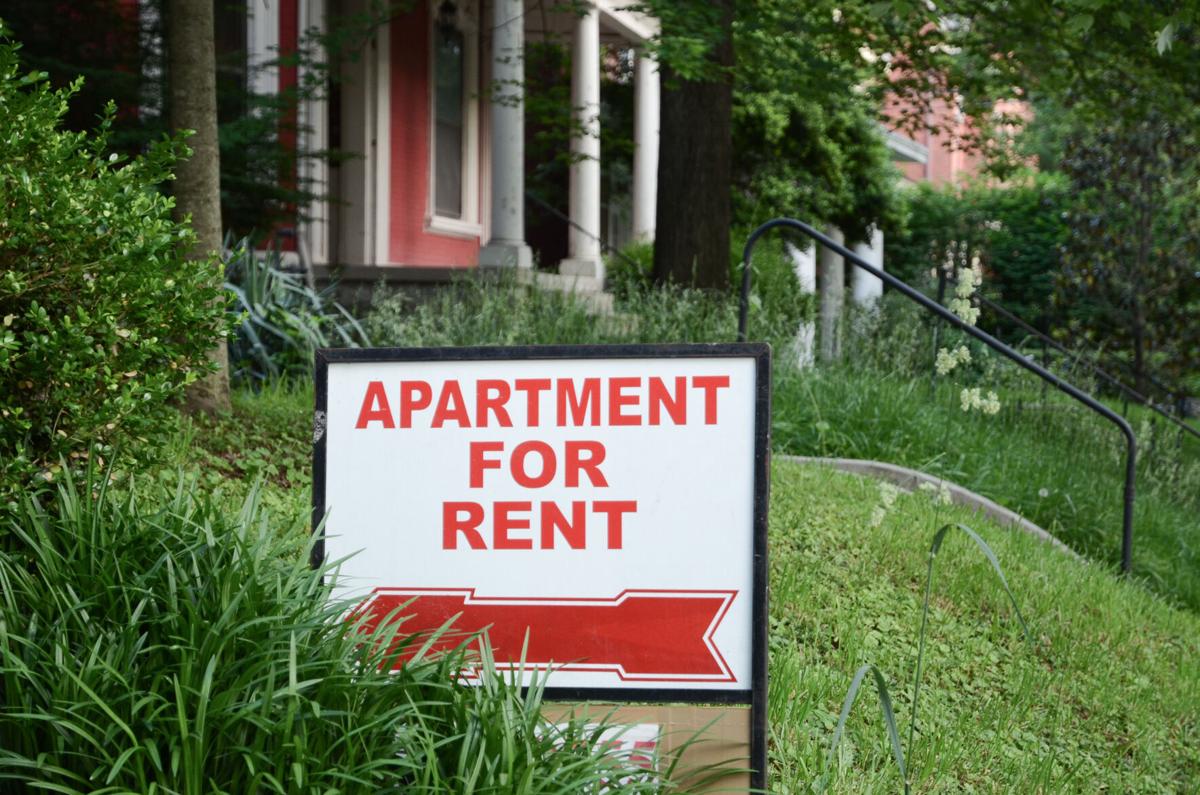 The city of Colorado Springs has received an additional $11 million in rental assistance from the federal government for residents. 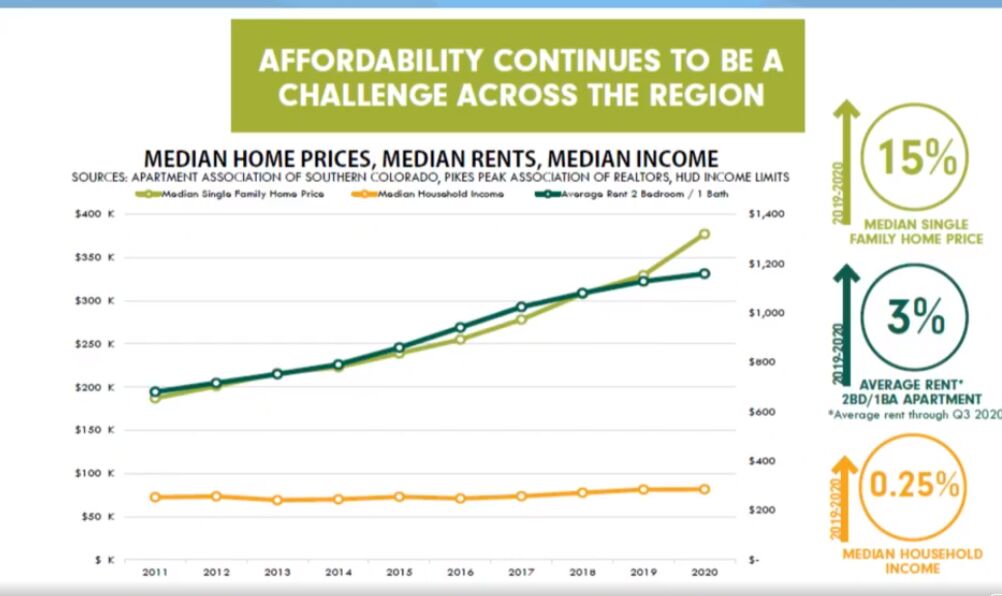 A city of Colorado Springs graph shows how rent and home prices have risen while median wages have remained largely flat.

The city of Colorado Springs has received an additional $11 million in federal rental assistance to help keep residents in their homes ahead of the end of a federal moratorium on evictions in June.

The recent judicial order to stay the federal protections for renters may cause a rise in evictions locally, but Steve Posey, the city's community development division manager, said he doesn't think it is reason for panic, he told the Colorado Springs City Council Monday.

The Apartment Association of Southern Colorado is reporting that more than 90% of tenants are paying rent, he said. The Pikes Peak United Way is also planning to provide individualized help to those who may struggle to apply for rental assistance on their own and landlords can apply to receive the assistance directly, he said.

"Nobody wants to see a whole bunch of people out on the street all of sudden," Posey said.

The new $11 million in assistance available to city residents was provided through the $1.9 trillion American Rescue Plan Act signed in March. The federal government previously provided $14.4 million to the city and $7 million to El Paso County in rental and utilities assistance through the Coronavirus Aid Relief and Economic Security Act also known as the CARES act.

From January through May 3, about 3,200 El Paso County residents applied for assistance from state and federal funds, said Catherine Duarte, senior analyst with the city's Community Development Division. Residents have been requesting about $1 million in assistance a week, said Elizabeth Quevedo, director of community impact for the Pikes Peak United Way.

The additional rental assistance is flowing into the community as the housing affordability crisis seems to be worsening. Average rent through the third quarter of last year was right around $1,100 a month after going up 3% compared to 2019, Posey said. While median wages have remained largely stagnant, increasing a quarter of a percent in 2020 compared to 2019, he said.

"We don’t have enough houses at any price point here in Colorado Springs," he said.

Demand is driven, in part, by population growth that is increasing at about 2% per year or about 5,000 to 7,000 new residents, he said.

The city is working to meet Mayor John Suthers' goal of encouraging the construction or preservation of 1,000 new affordable homes per year and expects to hit it this year with 1,117 units, Posey said.

The Affordable Housing Collaborative called on the city to do more during Monday's meeting, including changing city zoning rules to allow for more density. The city is working on a full rewrite of its zoning code that could be finished in 2022.

More than 80% of the city's land is zoned for single-family housing and that is not sustainable if the city is going to meet the need for affordable housing, representatives with the group said.

"We just can’t go on with dedicating that percentage in our community to large single family housing," said BJ Scott, a community leader with the collaborative.

The collaborative representatives said they are working to educate the community to help spread an understanding about the need for more housing and reduce the not-in-my-backyard opposition to apartment projects, Randy Scott, a nonprofit consultant working with the collaborative.

Councilman Richard Skorman said he would like to see zoning changes move a little faster. He also suggested the city explore other solutions such as allowing tiny houses outside of trailer parks, reducing city and utility fees on projects and an affordable housing trust fund.

"The crisis seems to be accelerating daily," he said.

For those facing potential eviction, the Pikes Peak United Way will be offering help with rental applications by appointment starting next week, Quevedo said. The state can take two to six weeks to process applications, so if residents expect to need help in June they should apply now, she said.

The assistance through United Way will be available for several months, she said.

She expects that an "enormous" amount of residents could be left homeless without assistance, she said.

To make an appointment for application help call United Way at 211.

Fast and furious. It’s not a movie, but a description of Colorado Springs-area homebuilding activity.