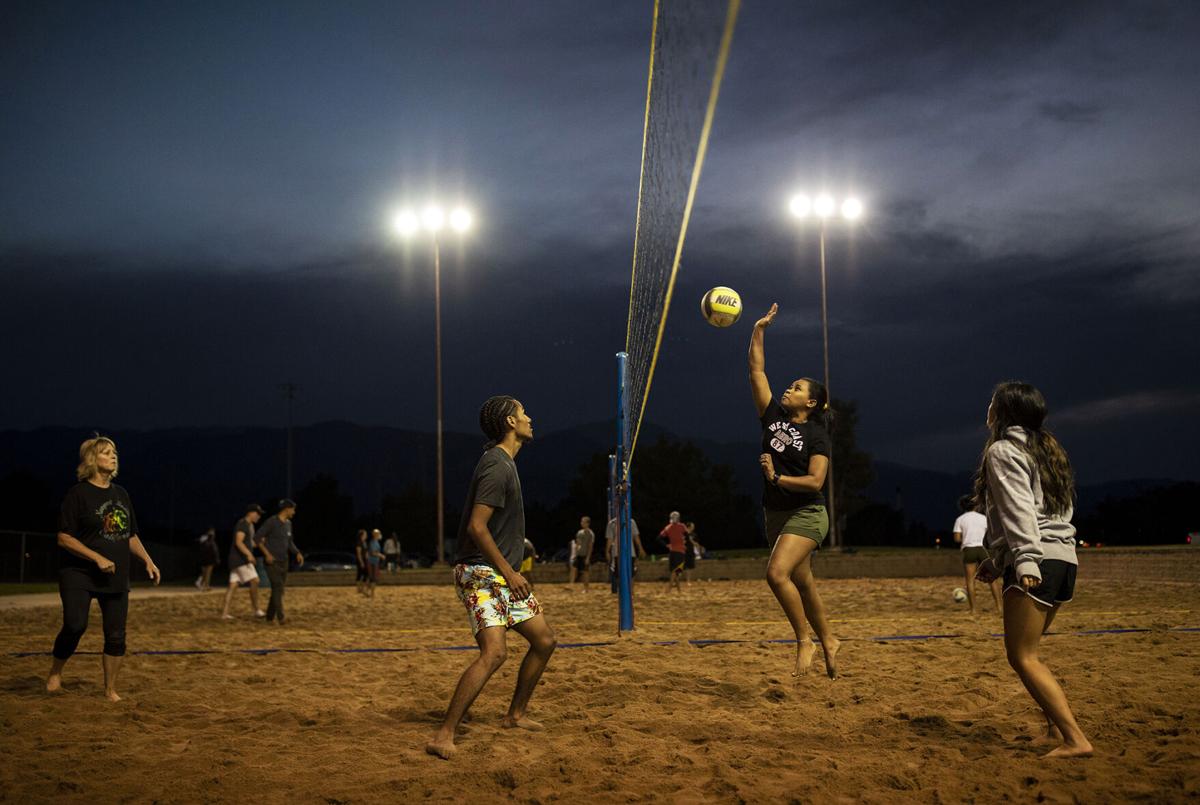 Volleyball players at Memorial Park in Colorado Springs on Saturday, August 29, 2020. The City Council has voted to allow developers to dedicate less parkland to the city when they build new homes.  (Chancey Bush/ The Gazette) 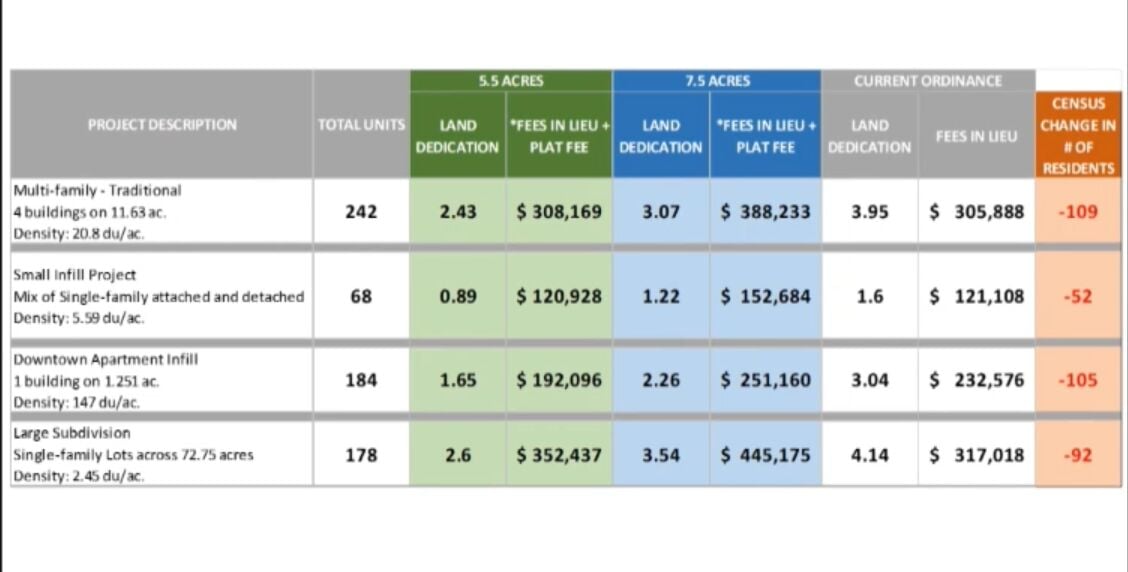 The Colorado Springs City Council approved a new ordinance Tuesday that will reduce how much parkland developers are required to dedicate to the city when they build new homes.

They voted on the parks ordinance changes despite announcing twice in earlier meetings they would wait two weeks.

The majority sided with the argument that the city could not legally ask for more than 5.5 acres per 1,000 residents because that is what it currently provides, even though the acreage is not the city's standard. A few council members indicated keeping the current standard could open the city up to lawsuits.

The city has required developers to dedicate 7.5 acres of community and neighborhood parkland per 1,000 residents since the 1970s but only provides 5.5 acres per 1,000 people on average, in part because the city accepts fees instead of land, parks advocates and council members said.

It's a cycle advocates and Councilman Don Knight called a "death spiral" for park land acquisition. One parks advocate called on the city to require fees to be used only for parks acquisition to help solve the problem, but the idea didn't get any traction.

Council members Richard Skorman, Yolanda Avilia, Bill Murray and Knight voted against the measure, and Knight called for a delay to honor earlier statements that they would not vote Tuesday.

Skorman said he would like the decision delayed for six months or longer because the city is expected to undergo a parks planning process that could determine long-term sustainable funding for parks. Such funding could ensure that land dedicated to the city will be developed into a park and maintained properly. Adding parks to the system is particularly important because city residents are sharing their open space such as Garden of the Gods with millions of tourists each year, he said.

"We have city after city that is doing much more than us," Skorman said.

Under the Colorado Springs measure, a new single-family neighborhood of 178 homes would get 2.6 acres of parkland, down from 4.14 acres, according to a presentation by Chris Lieber, a city consultant with NES. The reduction is based in part on Census data that shows fewer people are living in each home compared to when the ordinance was first written and because the city is requiring less land.

"This ordinance is not equitable. ... It puts us further behind the curve in terms of parks and parkland," she said.

Williams disputed the death spiral analogy, saying newer developments have more parks. The fee hike will also encourage developers to give land to the city, he said.

As part of the package of changes, fees paid instead of parkland dedication will increase to $98,010 per acre from $76,600 per acre for community parkland and to about $137,000 per acre for neighborhood parkland.

Developers will also have to pay for the land to be platted for the first time, which includes drainage fees, Lieber said.

Parks advocate Kent Obee said he was disappointed but not surprised by the decision.

"From the beginning I thought this was an uphill battle. … The most simple answer is the developers run this town," he said.