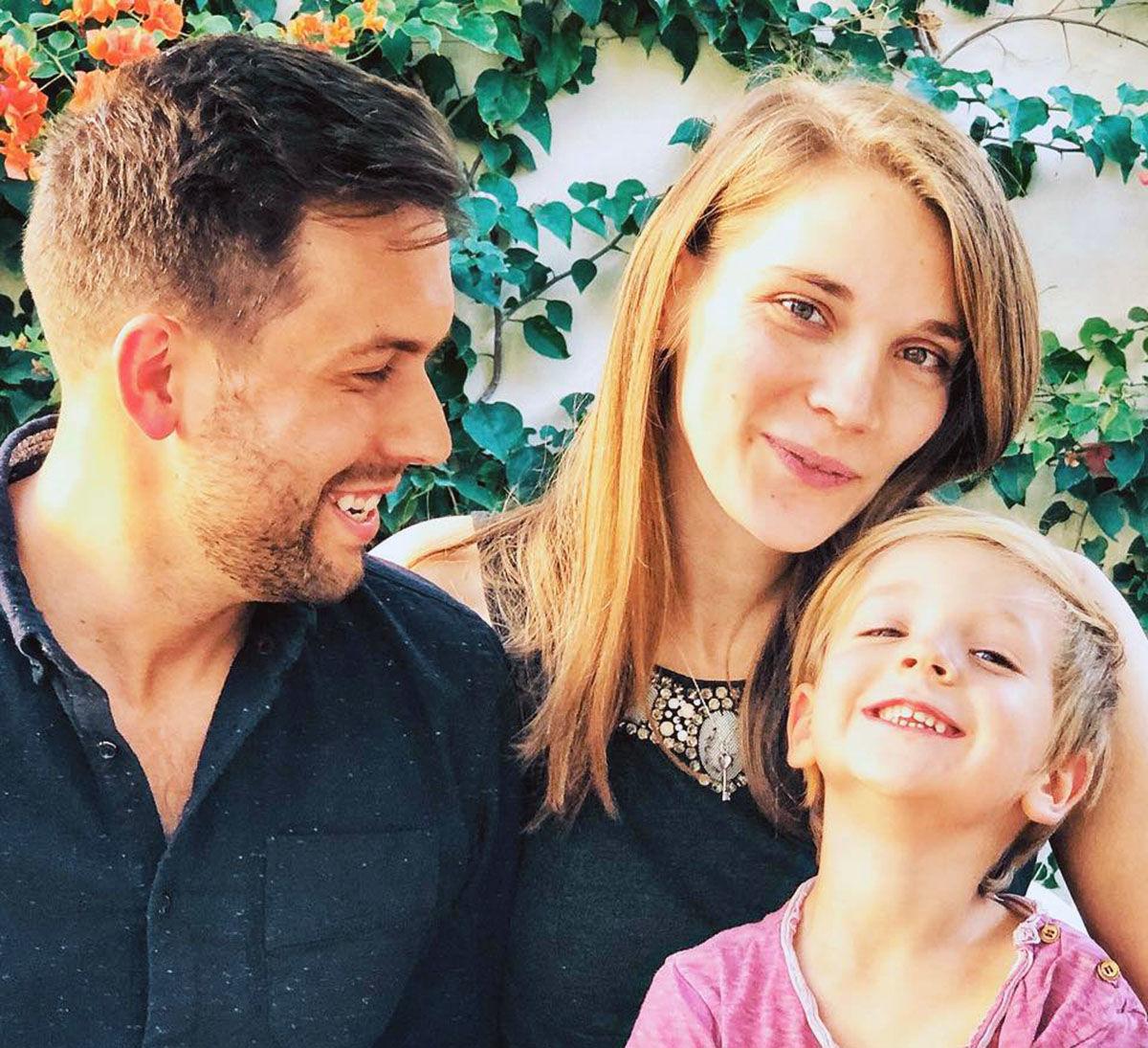 Kyle Forti, left, appears in a photograph posted to his Facebook page with his wife, Hope, and their son, Max. 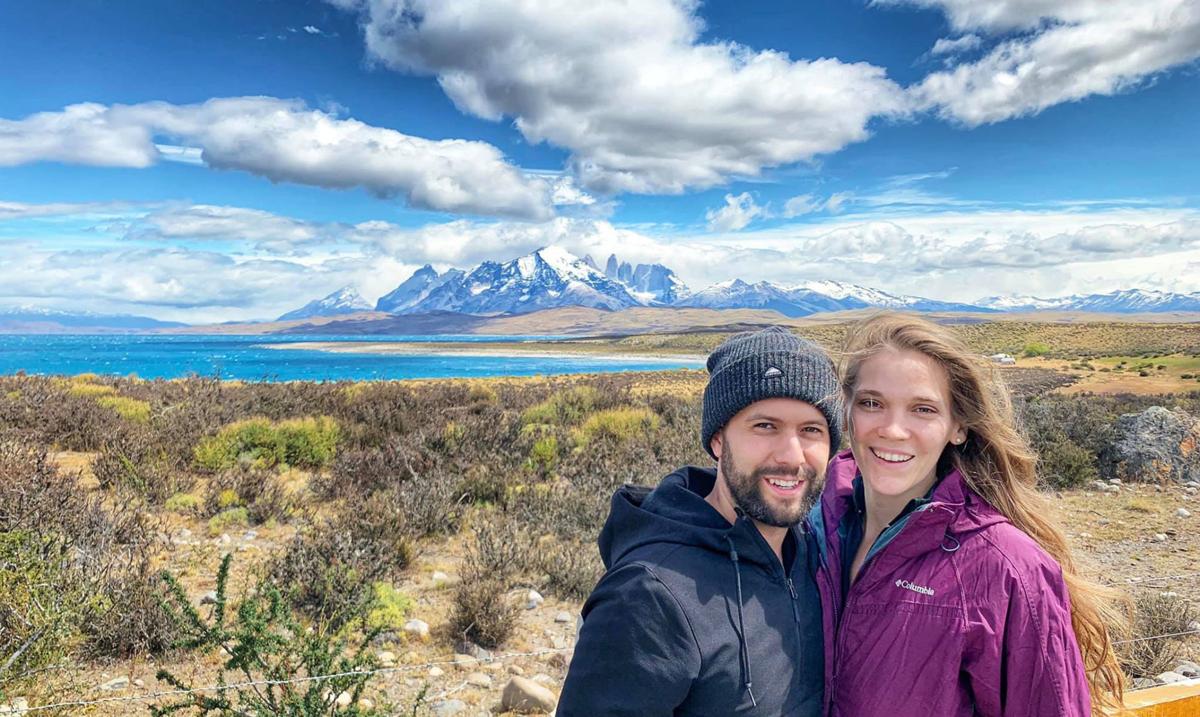 Kyle and Hope Forti pose for a photograph while hiking in Chile's Torres Del Paine National Park in February 2019. Forti, a prominent Republican political consultant in Colorado, died Sunday, March 3, 2019, in a helicopter crash in Kenya.

Kyle Forti, left, appears in a photograph posted to his Facebook page with his wife, Hope, and their son, Max.

Kyle and Hope Forti pose for a photograph while hiking in Chile's Torres Del Paine National Park in February 2019. Forti, a prominent Republican political consultant in Colorado, died Sunday, March 3, 2019, in a helicopter crash in Kenya.

Forti, 29, was among four American tourists and a Kenyan pilot killed when the helicopter crashed soon after takeoff in Central Island National Park near Lake Turkana, a police report said.

The U.S. Embassy confirmed that four Americans died in the crash and released the names of three: Forti, Anders Asher Jesiah Burke and Brandon Howe Stapper.

The cause of the crash was being investigated, Kenyan authorities said.

Forti, an avid world traveler, was visiting a friend who recently bought a wildlife preserve in Kenya, friends said.

He and his wife, Hope, were foster parents and have been fierce advocates for foster families, including through Foster Together Colorado, a nonprofit his wife founded to support foster families.

Forti, a 2012 graduate of Hillsdale College with a degree in politics and Christian studies, was named in 2014 to Red Alert Politics’ “30 Under 30” list of conservative rising stars.

Expressions of grief and tributes to Forti poured in Monday from shocked friends and colleagues.

“I’ve struggled to put into words the goodness that was Kyle Forti and the bright light in this world that is his wife Hope Forti and their son Maximus,” wrote Democratic lobbyist Benjamin Waters in a Facebook post.

“My heart is completely broken for the entire Colorado political and child welfare community that knew him.”

“Our world needed him. He was a force for good in our culture. He was a bright light of compassion, peace, strength, kindness and love.

“You’ll see an outpouring of support from people of all political stripes. He was loved by everyone.”

“Today I would ask you to extend your thoughts, if you are a person of faith your prayers, and your consideration to Kyle’s lovely wife, Hope, and his son, Max.”

In the House, state Rep. Jonathan Singer, D-Longmont, said though they worked across the aisle, he admired the “grace” Forti brought to his work, especially his advocacy for foster children and their parents.

“When I think about people I’m jealous of,” Singer said, “it’s the people with generosity of spirit.”

“Kyle really will be missed,” Williams said. “He was a great person and a great dad, as you could tell when you saw him with Max. Holly and my prayers are with Hope and Max.”

Said Colorado Republican Party Chairman Jeff Hays: “Kyle Forti was an intelligent, thoughtful, curious, creative, sensitive and spiritual man who enriched so many lives, including my own. As a consultant, he was instrumental in the success of numerous campaigns and causes dear to countless Republicans across Colorado.”

“Kyle saw people for who they were and loved them for it,” said Lee Hopper, D/CO’s chief operating officer.

“We are a family at D/CO, and the time and passion he invested into us changed our lives. We are forever grateful for the time we had with him.”

“Anyone that ever worked with Kyle surely admired his passion and intensity for life. I certainly did,” Kopp said. “Most of all, I think of his loving family and join the whole community in sending my condolences.”

Watson, the recent state treasurer candidate, said he was devastated by his friend’s death and set up a Go Fund Me page to support Hope and Max Forti.

“He was one of the most creative and bright minds in Colorado,” Watson said. “He was a fantastic father and husband, and we will all be less for not having him in our lives. He was like a brother to me through our close friendship of many years, and my heart is broken.”

After almost a year of saying he was pondering a run for president, John Hickenlooper has finally made it official.