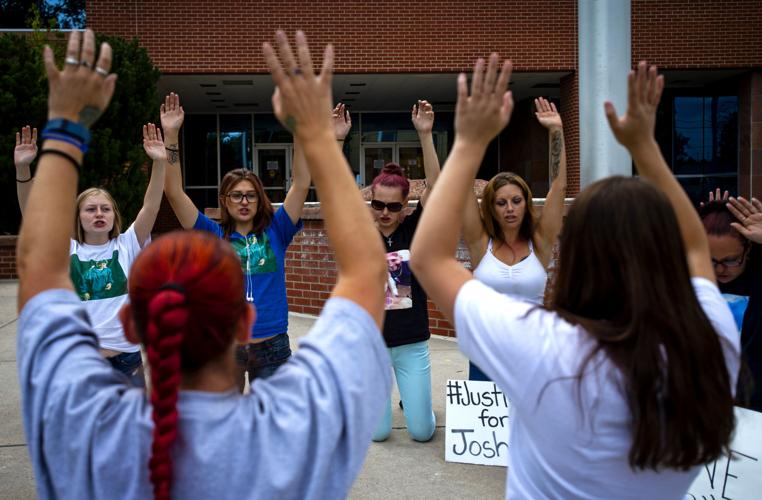 Thirteen relatives of Joshua Vigil knelt on Aug. 23, 2019, outside the front of the Police Operations Center on South Nevada Avenue to demand the release of body-camera footage from Sgt. Mark Keller and officers Lucas Aragon and Cole Jones, who responded to the scene where Vigil was fatally shot July 23, 2019.(Parker Seibold/The Gazette) 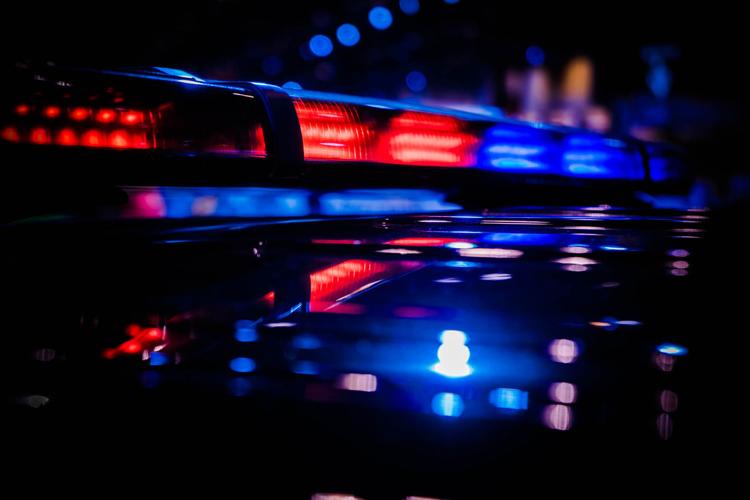 Thirteen relatives of Joshua Vigil knelt on Aug. 23, 2019, outside the front of the Police Operations Center on South Nevada Avenue to demand the release of body-camera footage from Sgt. Mark Keller and officers Lucas Aragon and Cole Jones, who responded to the scene where Vigil was fatally shot July 23, 2019.(Parker Seibold/The Gazette)

A Colorado Springs police officer, who made a comment to another officer a year ago that indicated he wanted to shoot a domestic dispute suspect, will receive verbal counseling and additional training, according to a recently released Internal Affairs document.

Minutes after making the comment in July 2019, Lucas Aragon was sent on a different call, in which he and two other officers shot and killed a gun-wielding 38-year-old man in the foyer of a senior living apartment complex.

Aragon, who has been an officer with the department since 2017, was heard on the audio of his body-worn camera saying, “Let’s just go help so if we could shoot this dude,” after a domestic violence-related call involving a suspect with a knife came across the radio, according to the document.

He made the comment “to be mentally prepared,” he told a supervisor during an interview, and said he wasn’t planning on shooting anyone that day, nor did he want to, the document stated.

Supervisors found that Aragon violated the department’s employee conduct policy, which aims to assist employees to conduct themselves in a professional manner, the policy stated.

Aragon’s “use of inappropriate comments” were a violation of a section of the policy that states that employees’ character must “maintain ethical standards that will ensure equitable treatment for all citizens, and that will reflect positively upon the department and the community.”

The report stated that Aragon hasn't had prior violations of the policy.

Aragon will receive training and development “on mental preparation to expand his mental templates,” according to a document signed April 1 by Deputy Chief and Commander David Edmonson. He will be “monitored closely for the upcoming months regarding inappropriate comments,” the document stated and additional violations will result in “progressive discipline.”

A sergeant with the Colorado Springs Police Department Academy told Aragon's supervisor that the academy does not teach a class solely on mental preparedness, though two officers talk about being mentally prepared when they teach about how to respond to in-progress calls and arrest controls, the document stated.

The officers talk to recruits about having “a mental template” and stress mental preparedness, but the discussion is informal when talking about the processes, according to the document.

Another officer who was interviewed said Aragon had “no malicious intent” and explained that sometimes officers “cope with our dangerous job with humor,” the document stated.

Though Aragon was not on a call at the time, his body camera was recording, the document stated. He was not sent to the domestic disturbance, though shortly after making the comment, he was sent to Fountain Garden Apartments, on East Fountain Boulevard, where a man allegedly threatened residents with a gun.

According to the 4th Judicial District Attorney's Office, Aragon and two other officers responded to the call to find the man — later identified as Joshua Vigil — pacing inside the foyer. Vigil didn't comply with the officers’ orders to put down his weapon and officers fired when they saw him pivot, as if to shoot or take cover from the officers, the report stated.

Twenty gunshot wounds were found on Vigil's head, back, chest, stomach and foot, an autopsy showed. Seven casings, fired from Vigil's weapon, were found in the foyer, according to the DA’s Office.

The Police Department received a complaint in regard to Aragon’s comments in December 2019 after the DA’s Office said it found his comments to be “troubling” in its report on the fatal police shooting.

The DA’s Office found the July 23 shooting justified, saying Vigil's "increasingly erratic behavior" put the officers in a situation that jeopardized their own safety and the safety of the residents.

Angelyna Reed, one of Vigil’s daughters, called the discipline insufficient and said she believed Aragon should have been fired.

“It’s mind-blowing that those are the steps they are taking,” Reed said. “He shouldn’t get counseling and more training, he needs to be held accountable for his actions.

“I don’t understand why he is getting chance after chance, when not only did he kill my father but he killed somebody else as well,” Reed added.

Seven months after her father was killed, Aragon shot and killed 28-year-old Desmond Hayes during a bizarre incident at Carl's Jr. drive-thru. Aragon, who was off-duty at the time, said Hayes entered his car claiming he had a gun.

The DA’s Office said Aragon acted in self-defense and no charges were filed.

The day that Colorado Springs police shot and killed her father, Angelyna Reed was worried about him.