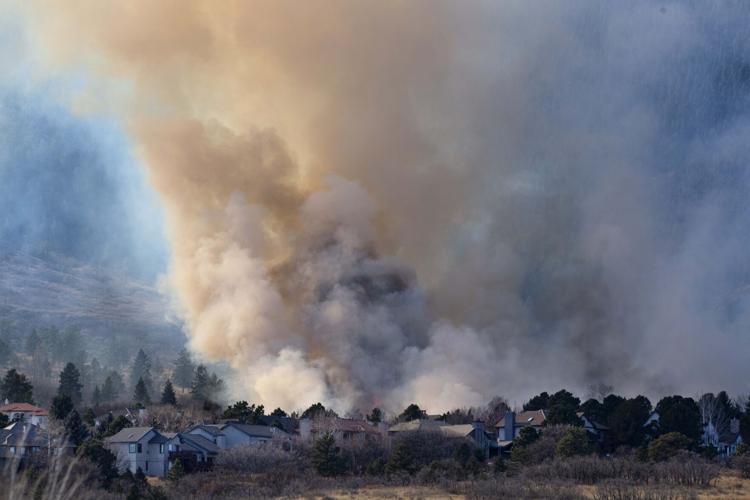 Flames rise above the rooftops as a wildfire burns near Bear Creek Regional Park on the west side of Colorado Springs on Nov. 19, 2020. The city of Colorado Springs plans to use a new zone-based system to alert residents of evacuations from wildfires and other hazards. (The Gazette, Christian Murdock) 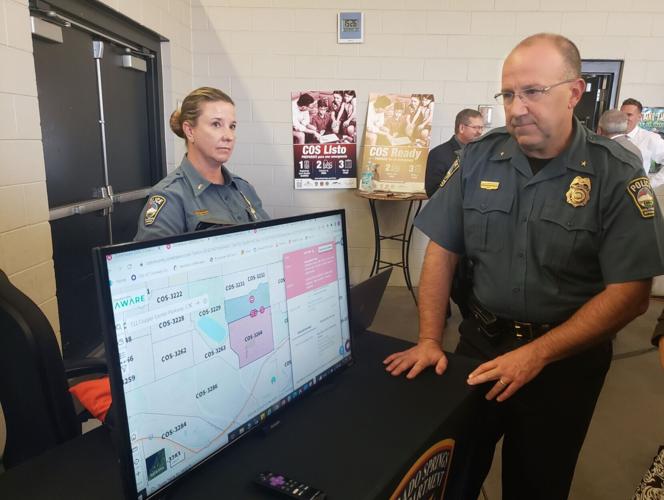 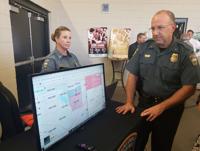 If a wildfire blazed into Colorado Springs, firefighters could call evacuations in targeted zones rather than sweeping swaths of the city to help prevent traffic congestion and help residents get out faster.

The new evacuation zones are part of a new campaign the city launched Monday, called COS Ready, to urge the public to sign up for emergency notifications, know their evacuation zone and make a plan in the event of catastrophe, such as a wildfire or flood.

"Knowing your zone and having a plan will help first responders in a time of crisis," Police Chief Adrian Vasquez said.

The 665 new zones across the city would allow targeted evacuations in the case of emergencies such as a shooting or toxic waste spill.

The new zone-based system is made possible through ZoneHaven, a software that allows the city to send out alerts to cellphone, social media and news outlets at the same time. It also identifies schools, hospice providers, day cares and other places that need special attention in an evacuation.

Once evacuations are called, residents can monitor the evacuation status of their zone through a public facing website.

The city purchased ZoneHaven for $74,000 in the first year and $36,000 annually in the years following, Royal said previously, amid a call for more focus on wildfire evacuation planning from residents.

Residents have called for advanced evacuation modeling that could give residents an idea of how long it could take to get out in an evacuation, an idea the city has rejected.

Royal told the City Council on Friday it would not make sense to make changes to neighborhoods that have already been developed, such as widening roads by cutting into front yards, to prepare for evacuations in extreme situations.

"We have a good history of being able to evacuate," he said.

In the two most destructive fires in Colorado Springs history, Waldo Canyon and Black Forest, two people died in each fire.

Despite a strong history, the city could see deaths in another emergency, Royal told the council.

To help residents be prepared for catastrophes, emergency officials urged everyone to sign up for Peak Alerts, a system that provides emergency notifications to residents' cellphones about events happening near residents' homes no matter where they go.

A backup system the city uses sends alerts to residents' cellphones only if they are in the evacuation zone. This system relies on the same technology used to send out weather alerts will go to older phones outside of the evacuation area because the technology in the phones is dated, said Ben Bills, a spokesman for the El Paso-Teller County 911 Authority.

"That's why it's a secondary notification, because we know it's going to bleed over," Bills said.

Cellphone network congestion can also slow the delivery of emergency messages over communication towers, as it did during the Waldo Canyon fire, he said. Residents can also lose power during a large fire because it is shut off for safety, as it was during Waldo.

So Bills recommends residents sign up for alerts through a phone call, text message and email. Residents can also purchase weather radios to get alerts during worst case scenarios, he said.

To sign up for Peak Alerts and find your evacuation zone, visit coloradosprings.gov/ready.