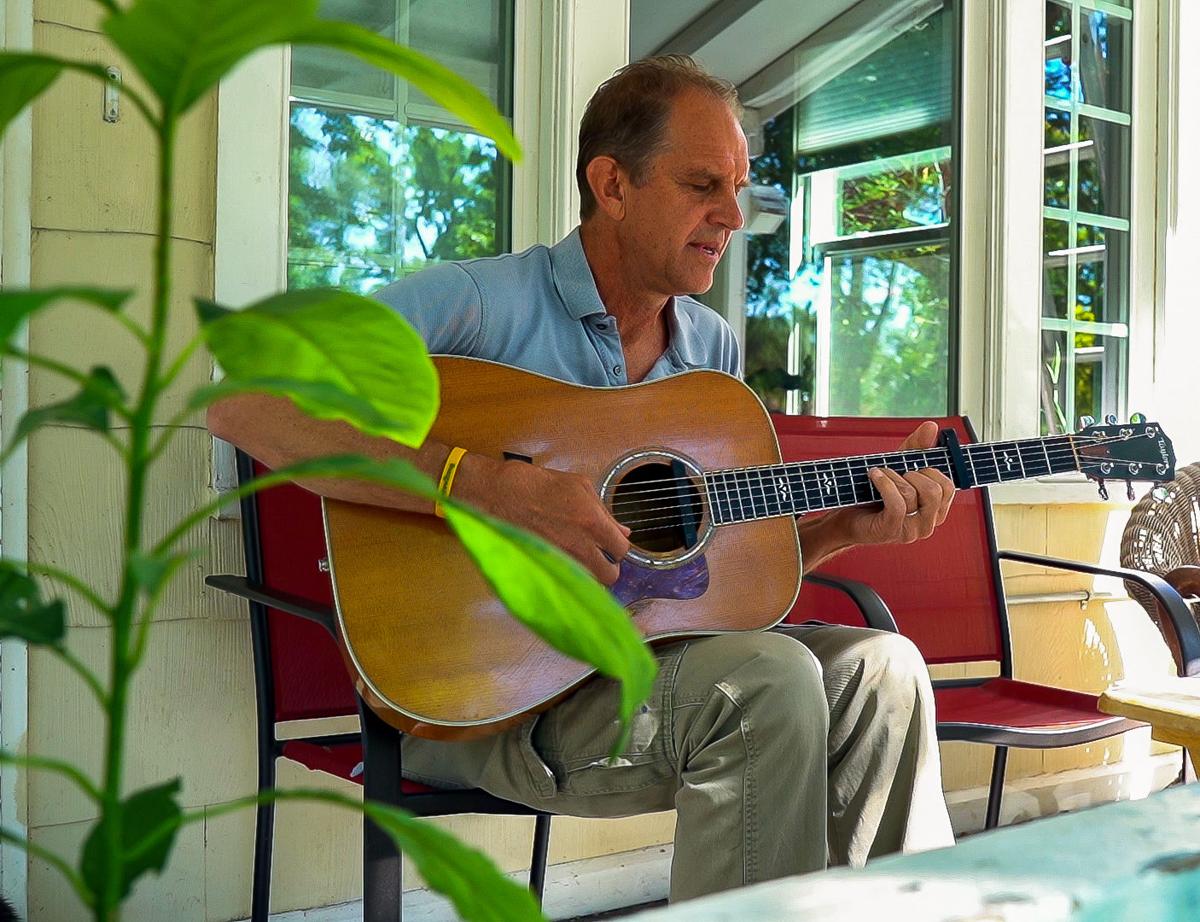 lost his 15-year-old son to suicide and has found hope through a spiritual quest. 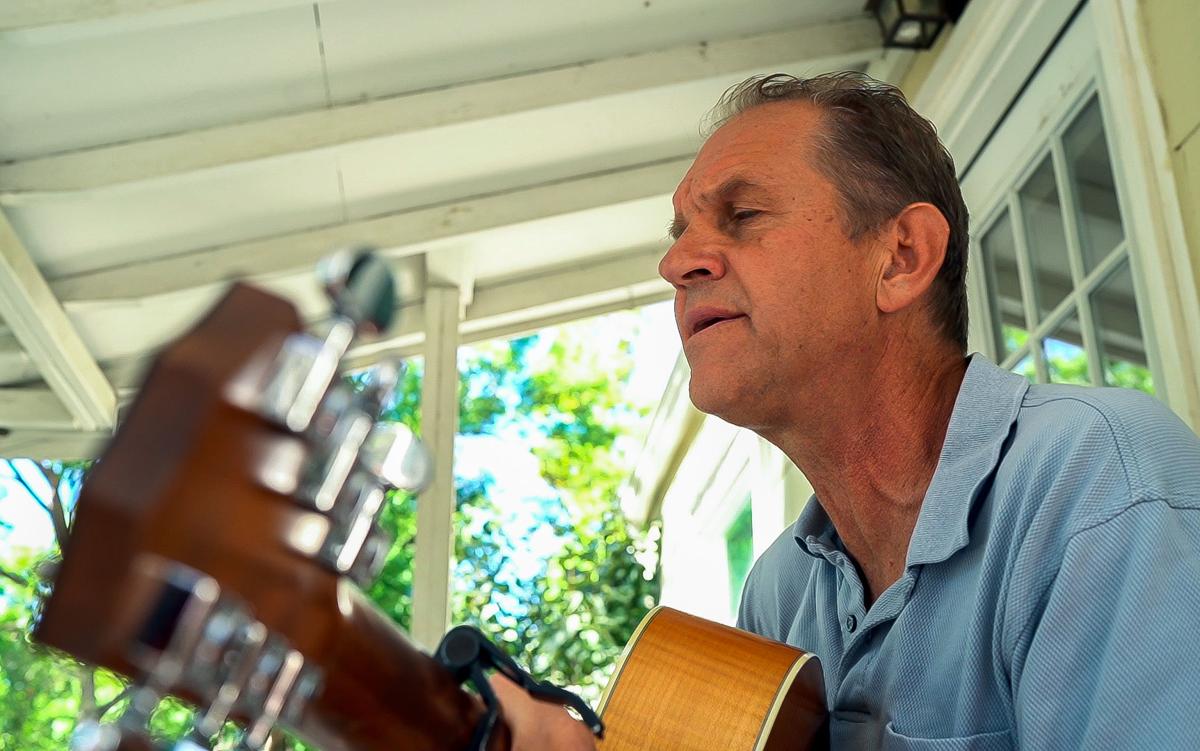 Joe Uveges, pictured, will play with KJ Braithwaite and Jim Sokol as The BUS Band presents “A Tribute to the Music of Crosby, Stills, Nash & Young” on Saturday at Stargazers Theatre.

lost his 15-year-old son to suicide and has found hope through a spiritual quest.

Joe Uveges, pictured, will play with KJ Braithwaite and Jim Sokol as The BUS Band presents “A Tribute to the Music of Crosby, Stills, Nash & Young” on Saturday at Stargazers Theatre.

Life for Colorado Springs musician Joe Uveges was humming along to an upbeat tune. With nine albums to his credit, a family that made him beam with pride, a sense of security and a feeling of being in control, all was good.

Uveges awoke to use the bathroom and noticed the door to his 15-year-old son’s bedroom was open. Unusual. He saw Andrew wasn’t in bed. A moment later, he found Andrew’s lifeless body.

AM UPDATE: Latest headlines from The Gazette.

Just 1½ weeks shy of his 16th birthday, Andrew Uveges ended his life in the house where he grew up.

“And you see from somewhere outside your own body, someone starting to scream, and you realize it’s you,” Uveges said.

More than two years later, the unfathomable grief of losing his only son at such a young age to suicide remains raw and palpable.

Uveges struggles to contain his emotions, as he searches for the words to describe the aftermath that he, his wife, Kristen, and his daughter, Katie, have endured.

“It’s not the what or the how, but the why,” Uveges said. “Andrew never exhibited a mental illness or any depression beyond what seemed normal adolescent pain. There was no relationship problem, no event that precipitated it.”

And there was no note left behind.

The boy who possessed what his father calls “an incredibly tender heart,” who had wrestled since he was 8 years old and displayed a warrior spirit in every challenge, was gone.

“He was a fighter, he didn’t give up,” Uveges said.

It seemed unfathomable that the tall, lanky but muscular Andrew — who tended to be bossy, loved playing soccer, was a sharp shot with a bow-and-arrow, was mechanically inclined, had turned the family’s backyard into a blacksmith shop where he made YouTube videos on the ancient handiwork, and could charm any finicky cat into being his friend — would not graduate or get married or one day have his son to explore life with.

“Suicide is an extraordinary loss in the world,” Uveges said.

In his devastation, Uveges blamed himself.

“I was completely broken,” he said. “But I never blamed my son. Whatever failure happened, I saw it as my own.”

Andrew’s friends from school in Manitou Springs, the couple’s friends and even strangers rallied around the family.

But much of the healing came from a surprising place, a ministry that teaches people to hear God’s voice in their lives. Through the process, Uveges has been able to meet his pain head-on and reconcile some of the turmoil churning inside.

One Simple Voice, founded in 2009 by Colorado Springs resident Frannie Rose and retired Colorado Springs Catholic Bishop Richard Hanifen, conducts retreats and provides free spiritual direction on a method that includes journaling to ask questions of God, listening for God’s voice and speaking with the Creator, not to the Creator.

Rose spent 17 years bedridden with an illness that doctors could not diagnose until she decided to take her life one day.

But before she could commit suicide, she said God began speaking to her, and she began to find answers and treatment for her condition. The ministry grew out of her experience, and God’s directive to her to teach people how to converse with Him.

It’s not like a booming burning bush or thundering cloud, but a quiet voice that emanates from within, Uveges said, adding that he doesn’t talk much about the technique because many people are skeptical, judgmental and reject the very notion.

But receiving divine insight is a tradition in every spiritual practice.

Uveges learned of Rose’s method on a retreat in January and began working with her to learn how he could tap into the pipeline.

About 20 months after Andrew’s passing, when Uveges asked God if he was responsible for his son’s death, here’s what he heard in reply and wrote down:

“Joe, no one is ever responsible for the actions of another. You are responsible for your behavior. It’s true you did let your anger get out of control at times. You know this already.

“But Andrew is my son as well. You have to trust that he and I are in a loving relationship, and he is well. Andrew is loved. Stop worrying yourself about him.”

Uveges said he was “flabbergasted” to receive such words that seemed to flow through him and not be of his own doing.

“I thought what is this, am I talking to myself?”

In his journal entries, the big, blocky letters of what Uveges believes is God’s response were different from Uveges’ usual handwriting.

Uveges said he came to realize a force beyond himself is at work, and he is convinced that anyone, whether they believe in God, Jesus, Allah, Buddha, Mother Earth, another divine being or none at all, can communicate with a higher power.

“What I’ve learned is it doesn’t matter who you wish to speak to from your heart — Frannie Rose speaks to God, as she was raised Jewish, and I speak to Jesus as a Catholic Christian,” he said.

“My journey isn’t to judge anyone else’s journey because there’s a God inside everyone, whether we acknowledge it or not.”

Uveges said he’s learned to surrender to God during a meditative daily ritual that includes spending time in nature, writing in his journal and waiting for what he believes are sacred answers to come, which have given him peace and guidance.

“Doing this work has changed me fundamentally,” he said. “It’s reminded me I’m not in control of my life, and it’s OK.”

Uveges, who in his youth studied for the Catholic priesthood but left before completing seminary training, said he wouldn’t be pursuing this particular spiritual approach if Andrew had not died.

“So in a bizarre way, his death has been excruciatingly painful, yes, and a beautiful mystery as well,” he says, with tears in his eyes.

“Early in this process, my wife Kristen read something to me that said it’s not what happens to you in your life, it’s what you do with it. I hated that because I knew it was true.”

But the feeling of failure has not abated for Uveges or his wife.

“We know that somehow inside this beautiful kid’s journey, we messed up,” he said. “There is no mitigation of this, but we also know there is grace, and, quite possibly, the deep knowledge we have gained from this failure is the lesson.”

A few weeks ago, one of Andrew’s friends also died by suicide.

“She’d stayed in touch with us and came to visit us last month,” Uveges said. “She looked better than I’d seen in a long time.”

Now, another family is dealing with the terrible experience.

Teen suicides spiked to a record high in El Paso County in the year Andrew took his life. The numbers have since been declining. But that’s little comfort to affected families.

“It’s very hard,” Uveges says to parents who have lost a child to suicide.

To kids considering suicide, “Please reach out,” Uveges urges. “Life is an amazing adventure, and you’re not alone.”

To those wanting to console the grieving, Uveges says families want to talk about their children who have passed.

“We want to be reminded that they lived,” he said, “so it’s OK to say their name in conversation. In fact, we appreciate it because they’re still with us every day.”

The grieving is as ongoing as the healing. Uveges said he still cries a lot but feels like he’s “carving out space in my heart for this journey I’m on. It doesn’t feel desolate; it feels like a possibility.”

New understandings come daily, including that “every soul is on a journey, both learning lessons and imparting them. We come into this life knowing that and forgetting it.”

To thank the organization, One Simple Voice, Uveges is doing a benefit concert at 7 p.m. Friday at Broadmoor Community Church, 315 Lake Ave. Tickets are $15 at www.OneSimpleVoice.org/retreats. A silent auction of local artwork also will be held, with proceeds going to One Simple Voice.

The singer, songwriter and guitarist will perform a mixture of spiritual and secular original music and include a few special guests on stage. The theme: “Yearning.”

Uveges’ concerts are known for being lively and drawing in his audience. He used to perform 150 shows each year but has cut his schedule down to about 70.

While he returned to the stage within three weeks of Andrew’s death, Uveges said he couldn’t write songs until recently.

Then, he produced a song he’d been trying to get out of his head and onto paper for a decade. It’s based on the biblical Prodigal Son parable, in which two sons take different paths.

In the song, unlike the biblical story, comes the recognition that both sons, the one who squanders his father’s inheritance and becomes destitute and the one who behaves better, are yearning for something.

Colorado Springs singer, songwriter and guitarist Joe Uveges will host a benefit concert for One Simple Voice at 7 p.m. Friday at Broadmoor Community Church, 315 Lake Ave. Tickets are $15 at www.OneSimpleVoice.org/retreats.

A silent auction of local artwork also will be held, with proceeds going to One Simple Voice.

Uveges will perform a mixture of spiritual and secular original music and include a few special guests on stage. The theme: “Yearning.”

Just hearing the word “suicide” is enough for many people to tune out, but it’s a subject that needs to be talked about , says the organizer o…