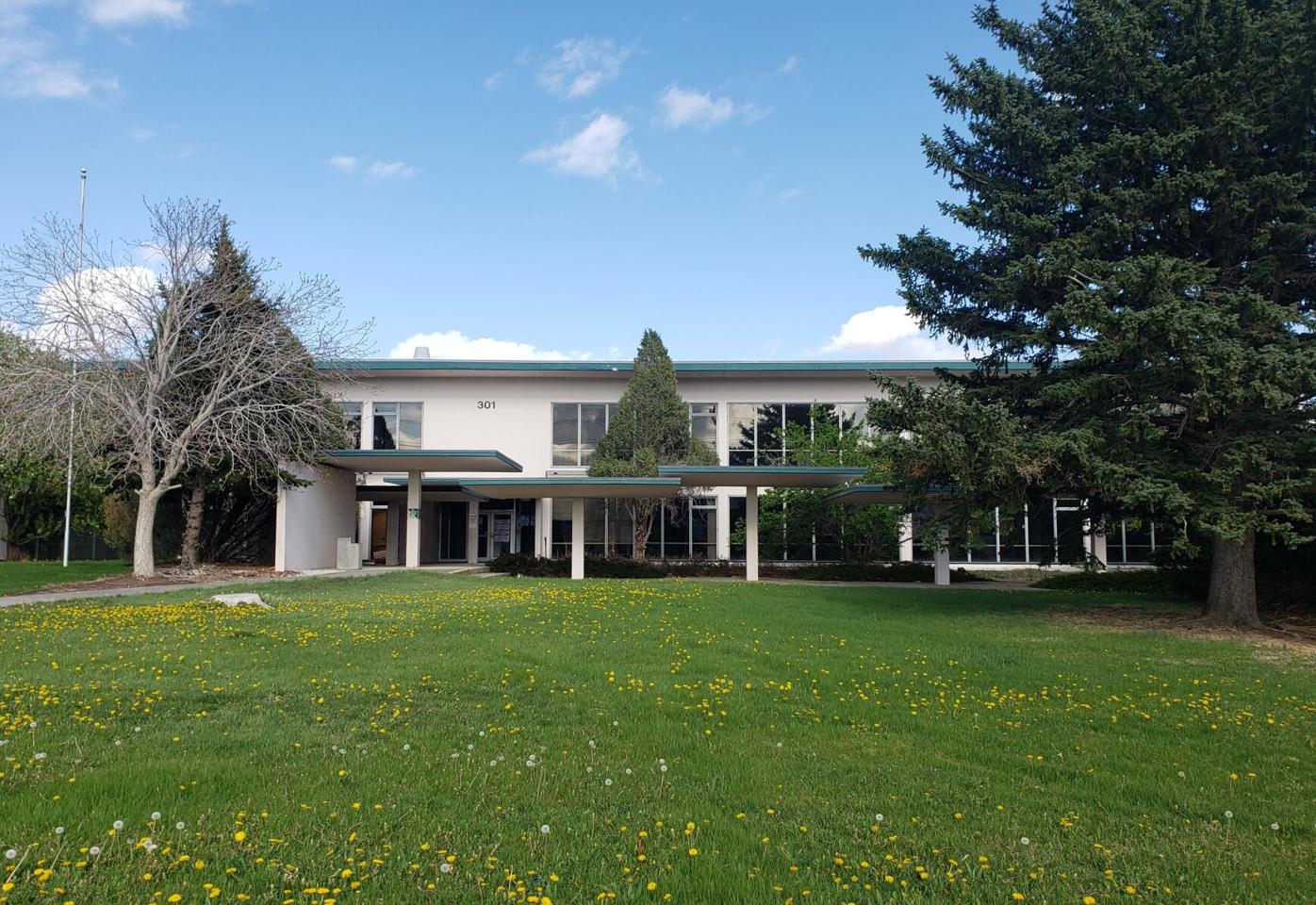 The Colorado Springs City Council approved demolishing former El Paso County buildings along Union Boulevard across from Memorial Park to make way for a new affordable housing complex. Founders of Ithaka Land, a partner in the proposed complex, are questioning some of its recent real estate deals among other concerns and asking the state to investigate. 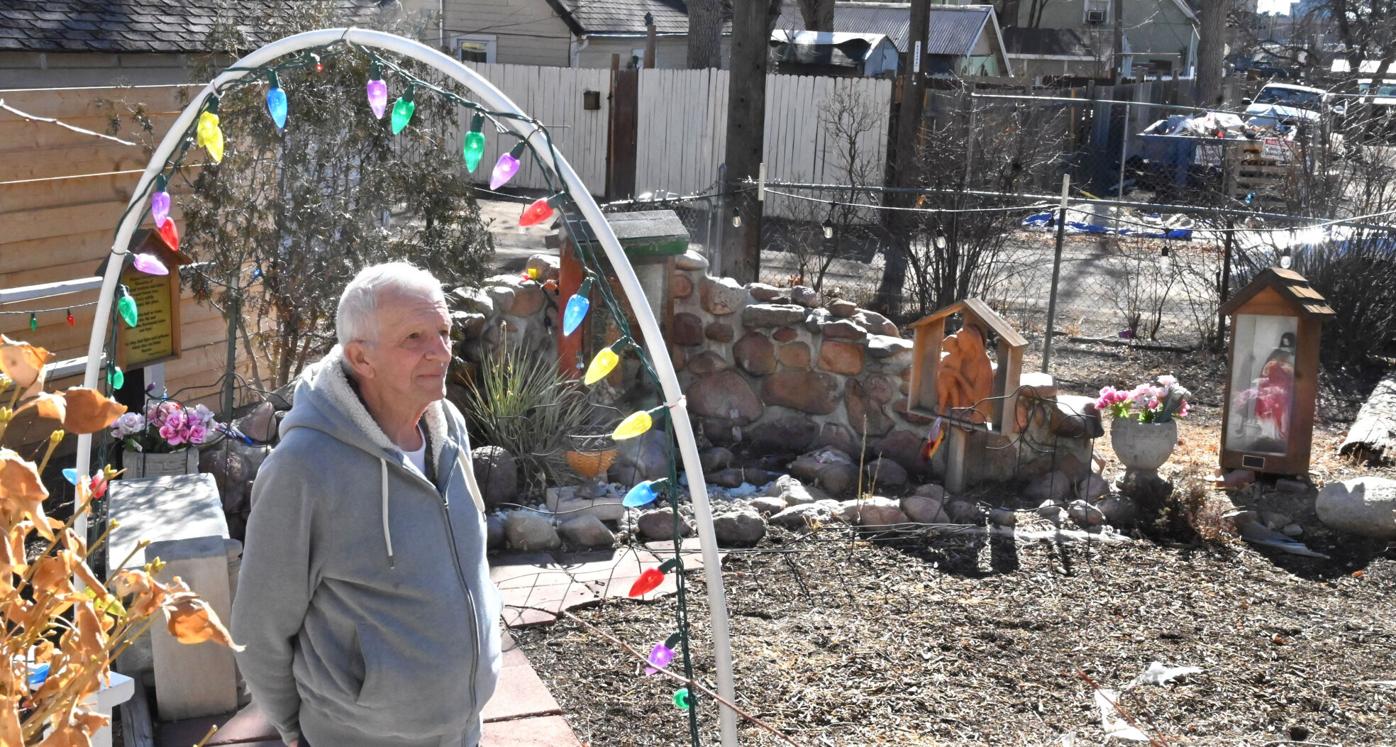 Steve Handen, a former Catholic priest who started Colorado Springs first soup kitchen, is the founder of a columbarium, where the ashes of those who died on the streets are buried. He is among those who is questioning Ithaka Land’s recent decisions and asking the state to investigate.

The Colorado Springs City Council approved demolishing former El Paso County buildings along Union Boulevard across from Memorial Park to make way for a new affordable housing complex. Founders of Ithaka Land, a partner in the proposed complex, are questioning some of its recent real estate deals among other concerns and asking the state to investigate.

Steve Handen, a former Catholic priest who started Colorado Springs first soup kitchen, is the founder of a columbarium, where the ashes of those who died on the streets are buried. He is among those who is questioning Ithaka Land’s recent decisions and asking the state to investigate.

Founders of Ithaka Land, a Colorado Springs affordable-housing provider, are calling on the state Attorney General's office to investigate the nonprofit's recent real estate deals and possible favoritism, among other concerns, while a major new housing project the organization is involved with has received key city approvals.

Colorado Springs City Council unanimously granted a rezoning request on Tuesday that would enable asbestos-laden county public health buildings on South Union Boulevard to be razed and 128 new affordable homes and several new commercial buildings to go up, a project that Ithaka is backing.

Meanwhile, Denver lawyer Jennifer Gilbert submitted a letter last week on behalf of 33 people formerly connected to Ithaka, asking the Attorney General’s Office to investigate the nonprofit’s decision to divest of existing properties that house low-income residents in Colorado Springs to raise funding to construct the new complex on Union, that will provide a one-stop residential center for homeless clients.

The letter claims the 40-year-old nonprofit corporation has departed from its stated mission and is engaging in “a pattern of puzzling financial dealings.”

The complaint questions the organization’s use of charitable donations; sales of its existing properties to private buyers without appraisals, open bidding at prices that seem to be below market value; and potential conflict of interest in doing business with a relative of a board member.

“The favoritism, generous financing and private sales of the nonprofit’s housing, in direct contrast with its mission to house indigent members of the Colorado Springs community, warrants special concern given the familial relationships involved,” the complaint states.

The 33 signatories, including Steve Handen, one of Ithaka’s five charter members, are asking the Attorney General’s Office for a remedy, such as a “dissolution, injunction or other appropriate resolution of any malfeasance.”

The organization’s original mission was to provide permanent housing for indigent and limited-income residents in perpetuity and to “promote the value of living in an inclusive neighborhood.”

Ithaka's executive director, Anjuli Kapoor, told The Gazette in February that the nonprofit changed its mission in 2019 to provide transitional housing and not permanent affordable housing, and remains within the boundaries of its articles of incorporation.

Over the years, Ithaka purchased or otherwise acquired 21 properties with 28 residences that have housed up to 150 people annually, who pay $100 to $430 a month in rent. The nonprofit plans to divest of most of the properties because many are in poor condition and would cost more to repair than their worth, Kapoor said.

Colorado Springs City Council heard a few concerns about Ithaka at Tuesday's public hearing to determine whether the nine acres at 301 S. Union Blvd., east of Memorial Park, should be rezoned to make way for the new affordable-housing project that Ithaka is working on.

Those who called into the meeting said the organization has decreased housing inventory for residents who will always be poor. The nonprofit's participation in the project should be paused until a state investigation into their recent home sales can be completed, an objector said.

Kapoor said in February that the organization had sold five properties, a parcel of vacant land had another sale pending, and intended to sell eight of its remaining 10 properties.

Handen said in an interview that the group of objectors is waiting for the Attorney General’s Office to “shed some light on the new Ithaka.”

The organization’s board did not respond to a request from Handen to save one of the properties that has a columbarium containing cremated remains of indigent and homeless residents, people who have been sheltered by Ithaka and community members in general.

“As of now, their board is silent,” he said. “The concept plans leaked at the City Council seem even sillier than we thought possible.”

Zachary McComsey, CEO of the Legacy Institute, and owner of the property, did not comment directly on the concerns about Ithaka but said during the council meeting the leadership of Ithaka has “nothing but integrity with us.”

Ithaka Land would run the transitional housing portion of the project for homeless people, he said.

The two existing county buildings on the site are expected to be demolished to make way for 60 apartments, 48 townhomes and a transitional housing building with 16 efficiency apartments, plans show. Most of the units will be for-profit affordable housing, McComsey said.

The complex could also include four commercial buildings that could house shops that sell food, restaurants, cafes and retails stores, according to plans submitted to the city.

Newly elected Councilwoman Nancy Henjum was enthusiastic about the project, saying it meets a clear need in the community.

However, she also called for good communication.

“I would implore there be good conversation among the parties,” she said. The city council could not consider the recently filed complaint against one of the project partners in their decision to rezone the property.

The plans are still in a conceptual phase, but it is unlikely developers will need to return to council for approval again, said Peter Wysocki, the city’s planning and community development director.

The site is one of the best in the city across from a large community park, next door to a health clinic and with great views, McComsey said. He expects it to offer a sense of dignity to Ithaka's clients.

McComsey did not have a timeline for construction he could share, but expected it to be ambitious, he said, in an interview.

The Legacy Institute, which awards grants to advance public education and community development in Colorado Springs, got involved with the property because the organization thought the site would be ideal for a new school, but that idea is no longer part of the plan, he said. McComsey could not say how long the institute would remain involved in the project.

Kapoor did not respond on Wednesday to a request for an interview.

Colorado Springs remains among the most expensive housing markets in the nation, though it no longer is among the leaders when it comes to how…