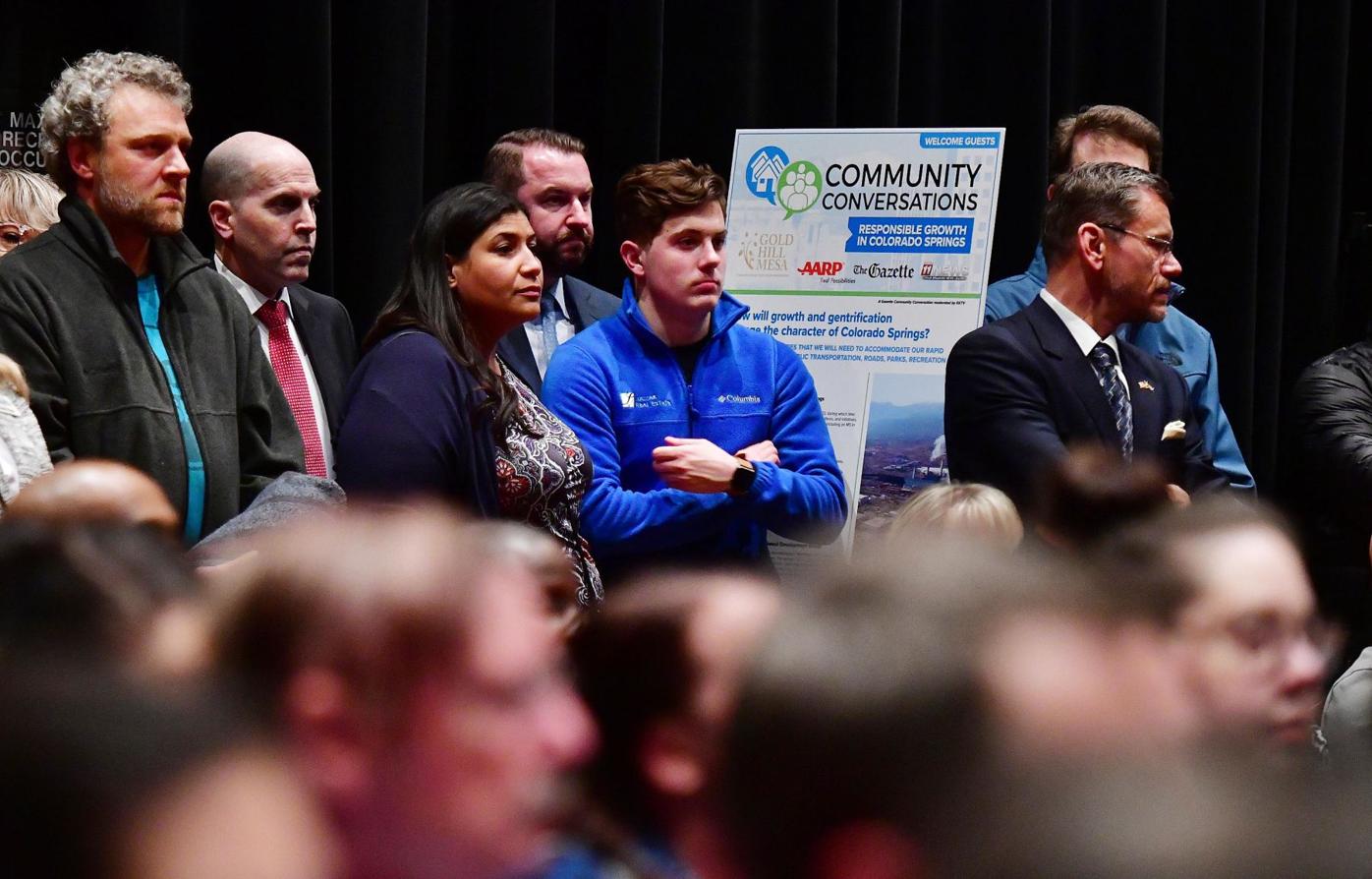 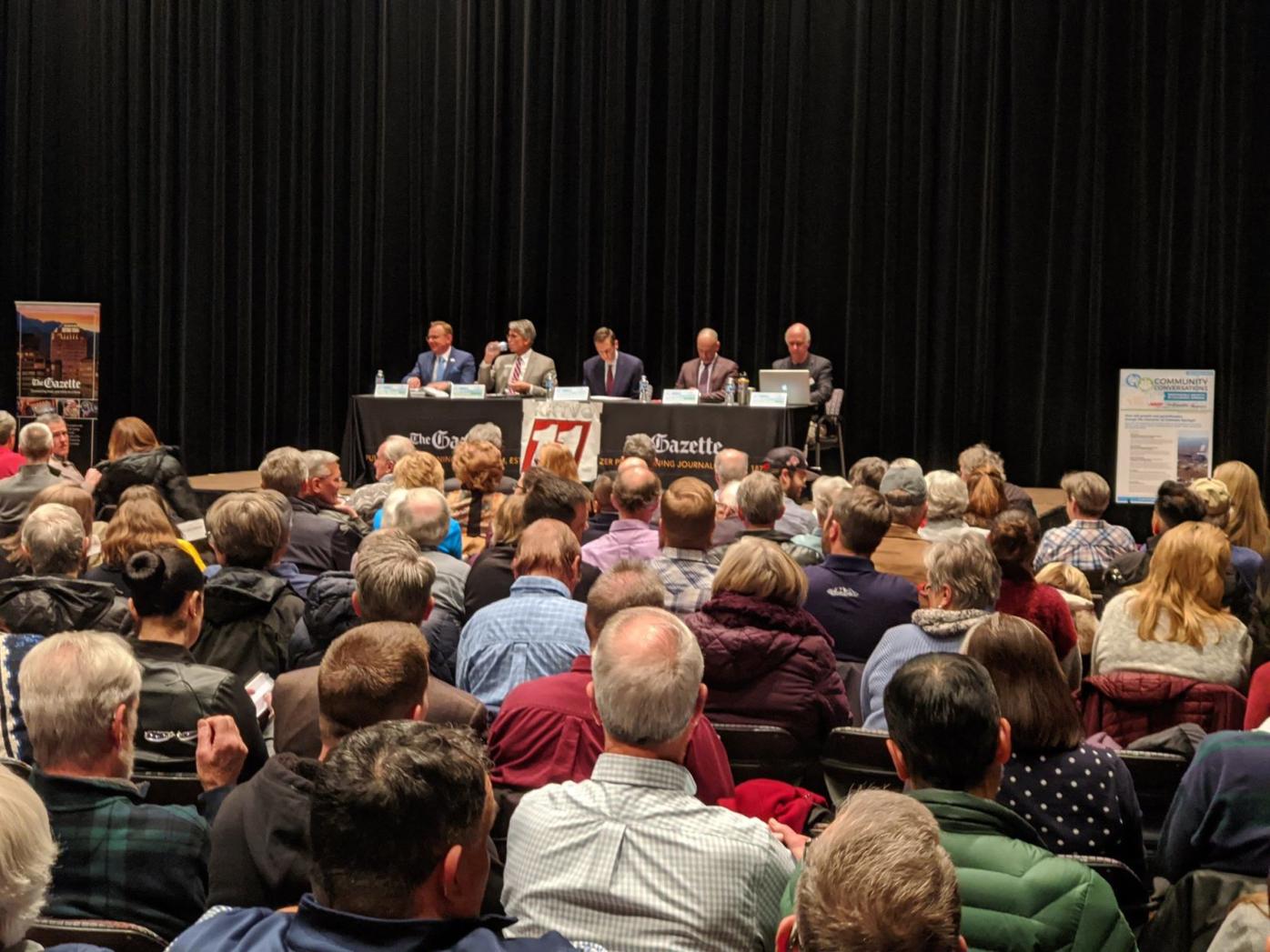 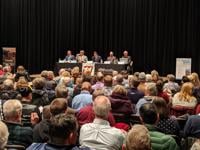 Panelists discussed Colorado Springs' growth at a forum hosted by The Gazette and KKTV. Photo by Liz Henderson. 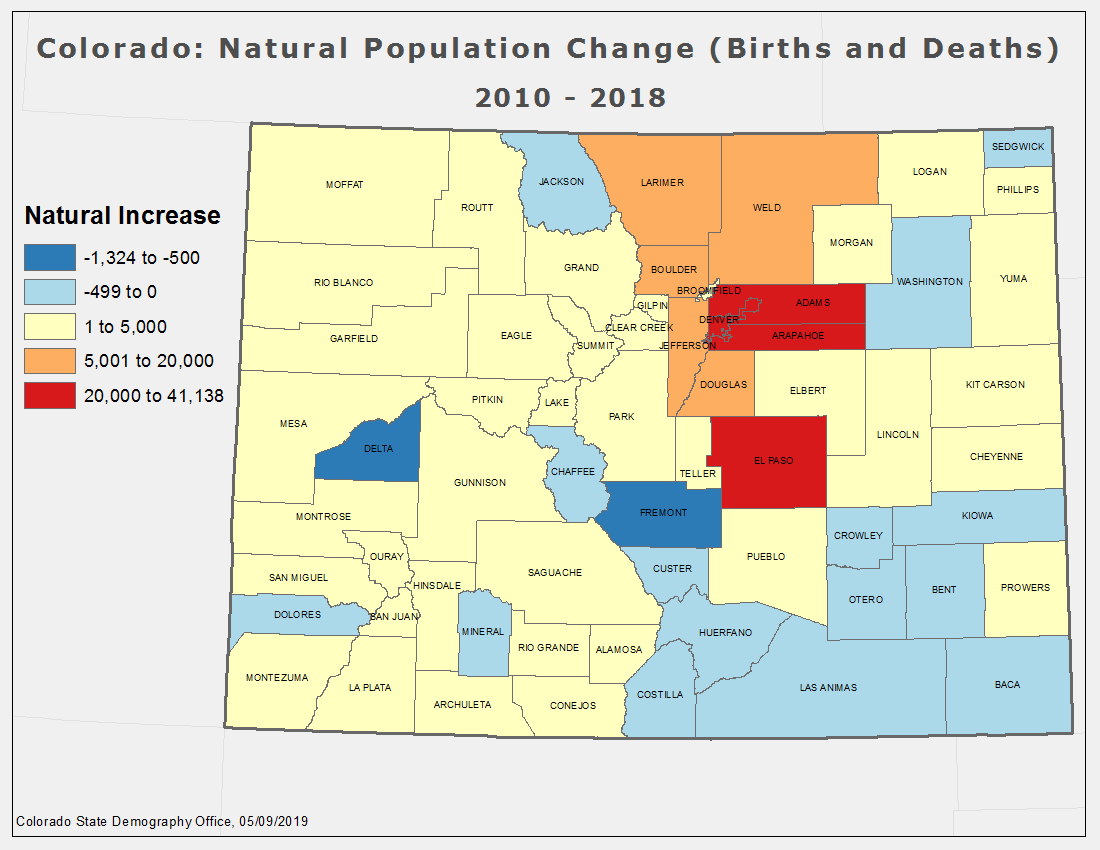 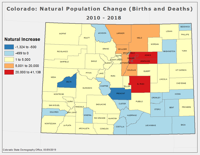 Via the Colorado State Demography Office.

Panelists discussed Colorado Springs' growth at a forum hosted by The Gazette and KKTV. Photo by Liz Henderson.

Rapid growth in Colorado Springs drives plenty of disagreement. But all sides at a Wednesday night forum on the topic agreed that the issue is one with maddening complexity.

About 250 people packed inside Studio Bee at the Pikes Peak Center at the event hosted by The Gazette and KKTV to discuss how the city plans to accommodate for its rapidly growing  population.

The panel included city leaders, neighborhood organizers, a developer and an anti-growth advocate.

"This is a very tough topic to discuss because there is no right or wrong," said Peter Wysocki who heads city planning efforts. "You need to find a balance."

Transportation and water, especially, drew concerned murmurs from the crowd.

"As we look at population growth in our area, over the long term it tends to be relatively smooth," said Dirk Draper, boss of the Colorado Springs Chamber of Commerce and Economic Development Organization. "Our investment in infrastructure tends to happen step-wise."

"Our community has been just strapped for resources," Dave Gardner, an anti-growth advocate, retorted. "We've never had the tax revenue to work ahead. We're constantly playing catch up ... we've mis-allocated our resources."

A big concern on the dry Front Range has always been water and as throngs crowd into the Pikes Peak region, with population in town expected to surpass 500,000 — up 75,000 over 10 years — and with another 250,000 in the metro area, the worry is heightened.

Tim Seibert, vice president of Nor'wood Development Group, cited a Colorado Springs Utilities statistic, that said the city has seen a 170% increase in the past 30 years in the number of water taps. However, the consumption per water tap has been cut in half, he said.

"'Growth for the sake of growth is the ideology of a cancer cell,'" - Dave Gardner, who was introduced as an anti-growth advocate of Colorado Springs, quotes Edward Abbey at the Community Conversation about the city's boom. @csgazette

A new study ranked Colorado Springs as the 29th fastest-growing large city in the nation. Austin, TX was ranked No. 1, Denver at No. 5 and Aurora ranked No. 14.

How do we battle back against opioids? First, be part of the conversation | Vince Bzdek

El Paso, Denver, Adams and Arapahoe counties are the only counties statewide to experience a population increase of more than 20,000 people between 2010 and 2018, State Demography Office data shows.

There was one more thing the panelists agreed upon.

"There's not a pot of gold at the end of the growth rainbow ..." Gardner said. "We need to find a way to activate and engage citizens."

Buoyed by a robust economy, growing population and a newfound interest in the Pikes Peak region by out-of-town businesses and investors, Color…