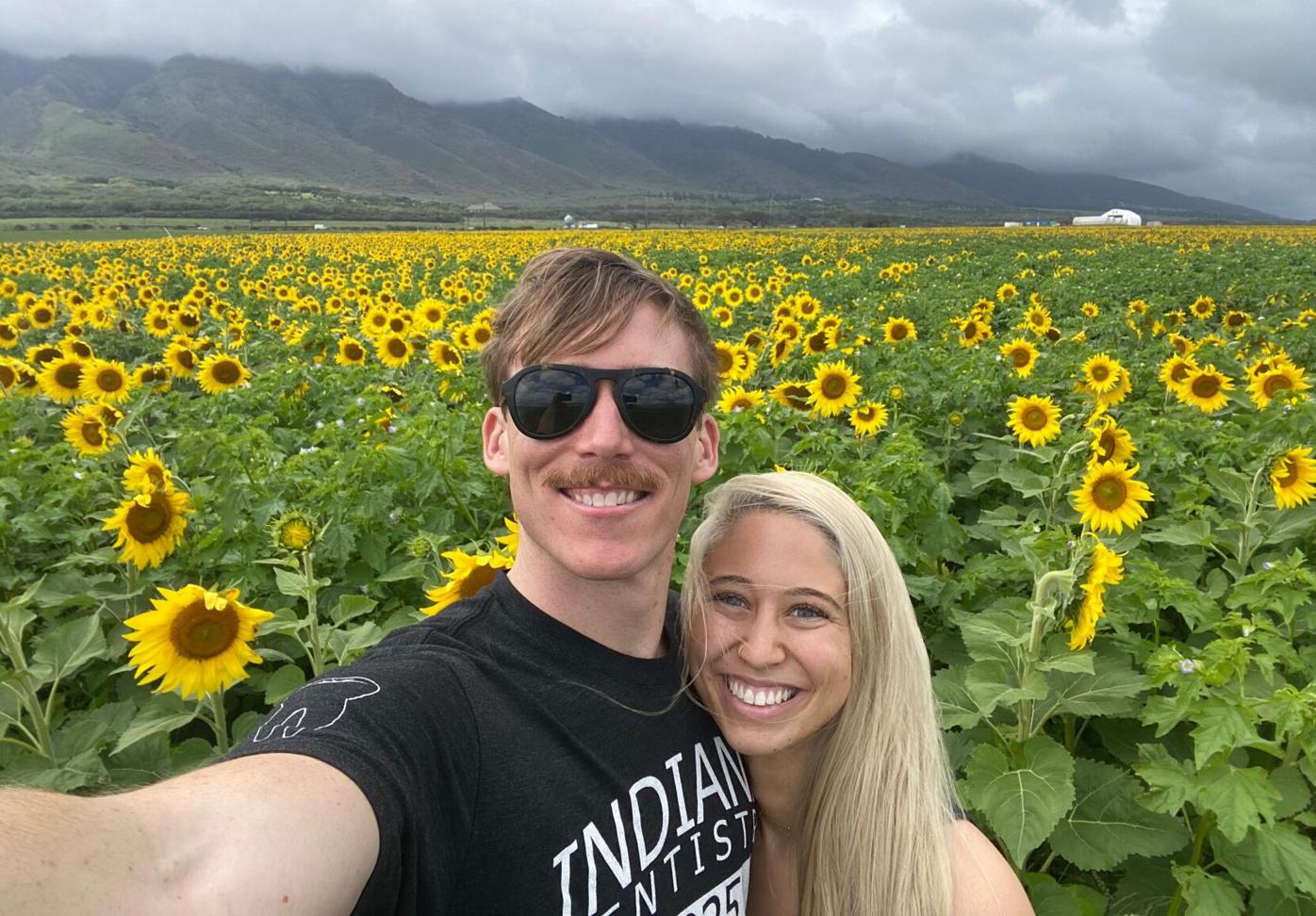 Drake Oversen and Hannah Nash are remembered by friends and colleagues as kind and adventurous people, known for their work in health care and their love of the outdoors. The couple from Colorado Springs and their dog died Saturday, Jan. 8, 2022, after an avalanche hit the Hoosier Pass area in Summit County, where they were showshoeing. 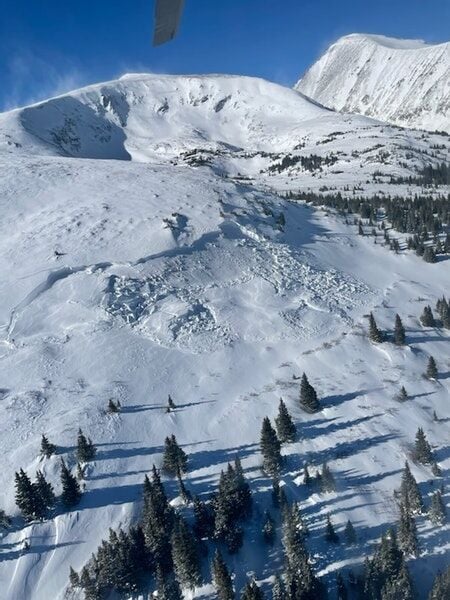 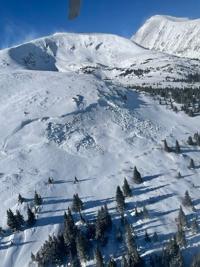 The site of an avalanche accident where two snowshoers were killed on Jan. 8, 2022, in Summit County. 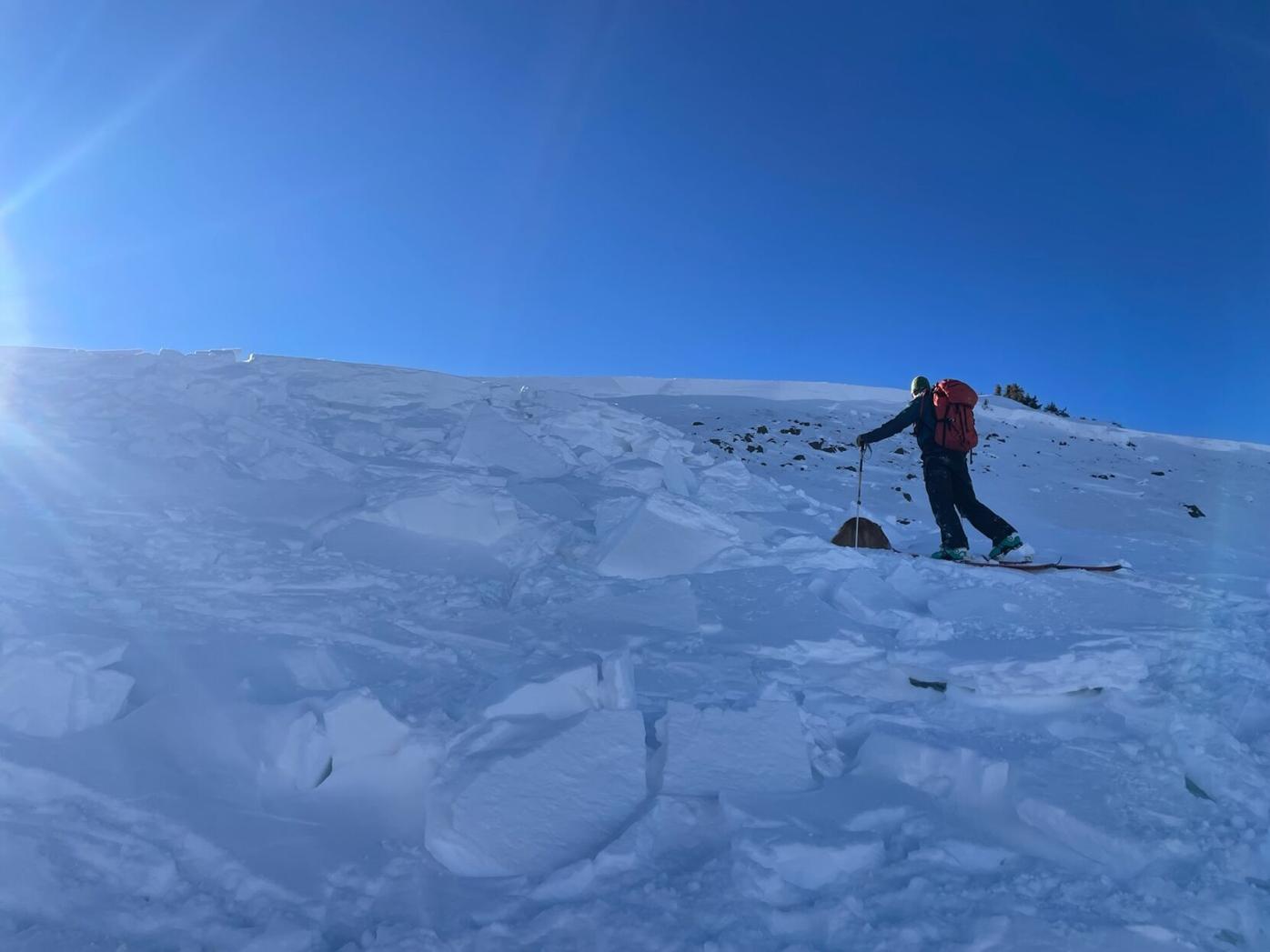 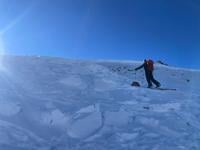 A rescuer at the site of an avalanche where two snowshoers and their dog were killed on Jan. 8, 2022.

Drake Oversen and Hannah Nash are remembered by friends and colleagues as kind and adventurous people, known for their work in health care and their love of the outdoors. The couple from Colorado Springs and their dog died Saturday, Jan. 8, 2022, after an avalanche hit the Hoosier Pass area in Summit County, where they were showshoeing.

The site of an avalanche accident where two snowshoers were killed on Jan. 8, 2022, in Summit County.

A rescuer at the site of an avalanche where two snowshoers and their dog were killed on Jan. 8, 2022.

A Colorado Springs couple who died in an avalanche with their dog over the weekend were known for their work in health care and their love for the outdoors, according to those close to them.

Hannah Nash, 25, Drake Oversen, 34, and their dog Valerie were killed Saturday after an avalanche hit the Hoosier Pass area in Summit County, according to the Colorado Avalanche Information Center.

The couple were snowshoeing near North Star Mountain around noon Saturday when the avalanche buried them, officials said. They were found dead Sunday afternoon after friends and family members reported them overdue from their outing that morning.

Nash worked with Penrose-St. Francis Cardiopulmonary Rehabilitation at Centura Health, and Oversen was a dentist at Mountain Vista Dental in Colorado Springs.

Mike Plourde worked alongside Nash for about three years as an exercise physiologist. Their duties included treating patients with heart diseases and other cardiopulmonary issues. He remembers her creative workouts and her passion toward those she was treating.

"We have a gentleman with a disruptive gait, doesn't walk very well," Plourde said. "While most people would have him sit on a bike and pedal for 30 minutes, Hannah would take a little bit more care and time and put a gait belt on him and walk with him on the treadmill."

The news of Nash's death left those who worked with her devastated.

"This loss is deeply felt by every caregiver in our hospital," Centura Health said in a statement. "Hannah was known for her beautiful smile and the genuine love she showed both her colleagues and her patients. Our sympathies go out to the family, friends and loved ones, and all the caregivers who are grieving this painful loss."

Oversen's online biography says he started his dentistry career at Fort Carson, where he served as an Army captain. He was born in Wisconsin and raised in Goshen, Ind., where his involvement in academics and sports helped him land scholarships.

An Instagram account believed to have belonged to Nash shows a couple traveling to various outdoor locations throughout Colorado with their dog, affectionately called Val.

Friends of Nash and Oversen say the latter was full of life, had a contagious smile and laugh, gave the best hugs and never missed an opportunity to tell his friends how much he cared for them. In fact, it was a habit of his to end every get-together by saying "I love you," said Emily Wardell, a friend of the couple who said Tuesday that she spoke for a group of Nash's and Oversen's friends.

Oversen loved hiking, biking, camping, snowshoeing, rock climbing and skiing, Wardell said. It was not uncommon for him to travel the state on the weekends and climb multiple 14ers in a single day , she said.

Nash, by contrast, was more introverted but still had an adventurous spirit. She loved snowshoeing despite hating the cold and was kind, gentle and thoughtful, Wardell said.

Wardell said Oversen was fixing up his first home in Colorado Springs and was creating a backyard oasis with a view of Pikes Peak. He, Nash and Valerie would host friends there. Oversen also liked to make gourmet pizza for friends, Wardell said, and had recently started his own business called Starman Pizza — Starman being his middle name.

"He was just a great co-worker and a great friend to everyone here and definitely will be missed more than any words can express," she added. "He had tremendous care for his patients, and he wanted to connect with people."

Rescuers found the victims’ car at the parking area at the top of Hoosier Pass. Using two avalanche dog teams and a helicopter crew, rescuers discovered snowshoe tracks near a recent avalanche on a flank of North Star Mountain, the information center said.

About 2 p.m. Sunday, an avalanche rescue dog found the snowshoers and their dog buried by avalanche debris.

The avalanche was just under a mile north of Hoosier Pass at an altitude of 11,700 feet. It was estimated to be 400 feet wide and 250 feet in length. Staff from the information center visited the avalanche site Monday and were expected to release a full report of the incident later this week.

This is Colorado’s second fatal avalanche this season. An avalanche near Cameron Pass killed a backcountry skier on Dec. 24.

The Denver Gazette's Hannah Metzger contributed to this report.

Two people and their dog were killed Saturday after an avalanche hit the Hoosier Pass area in central Colorado, according to the Colorado Avalanche Information Center.