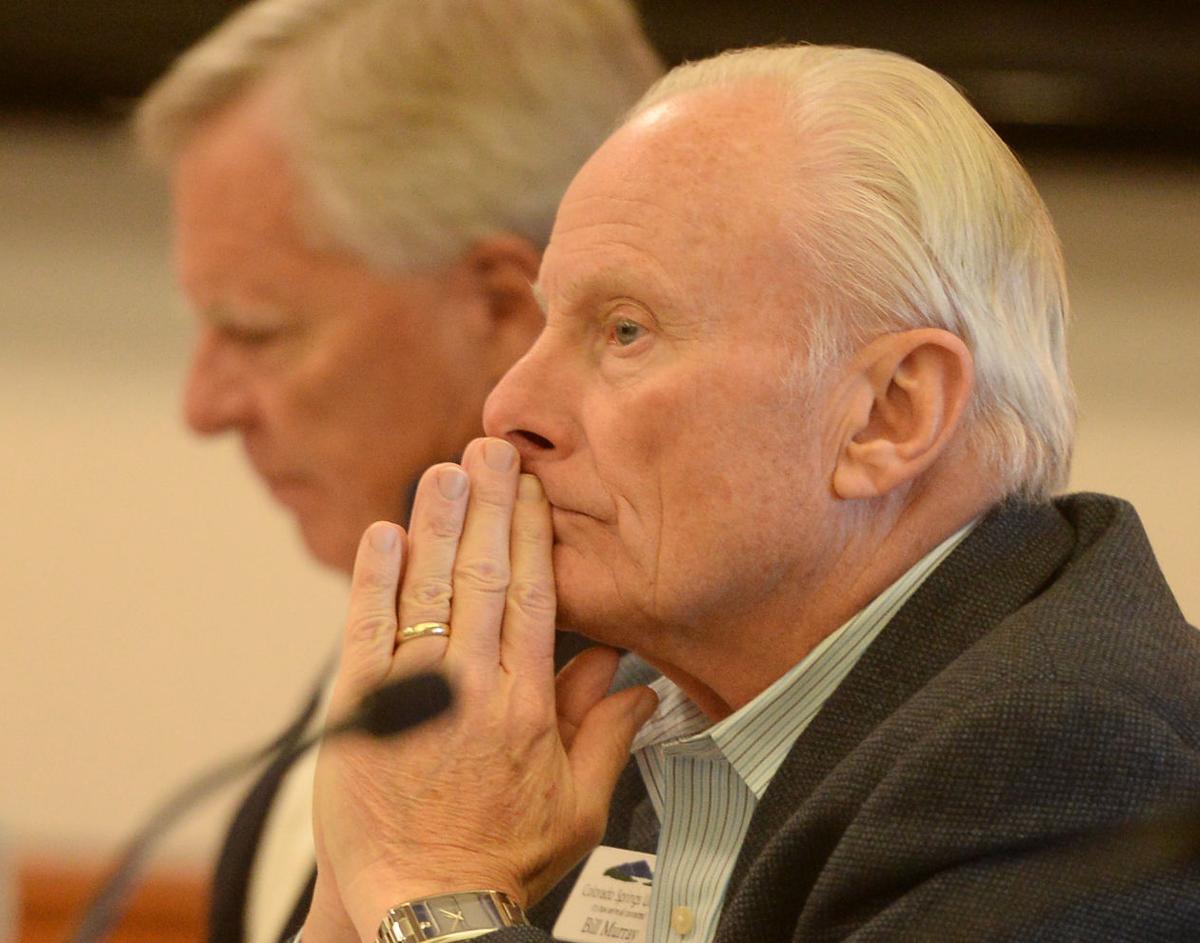 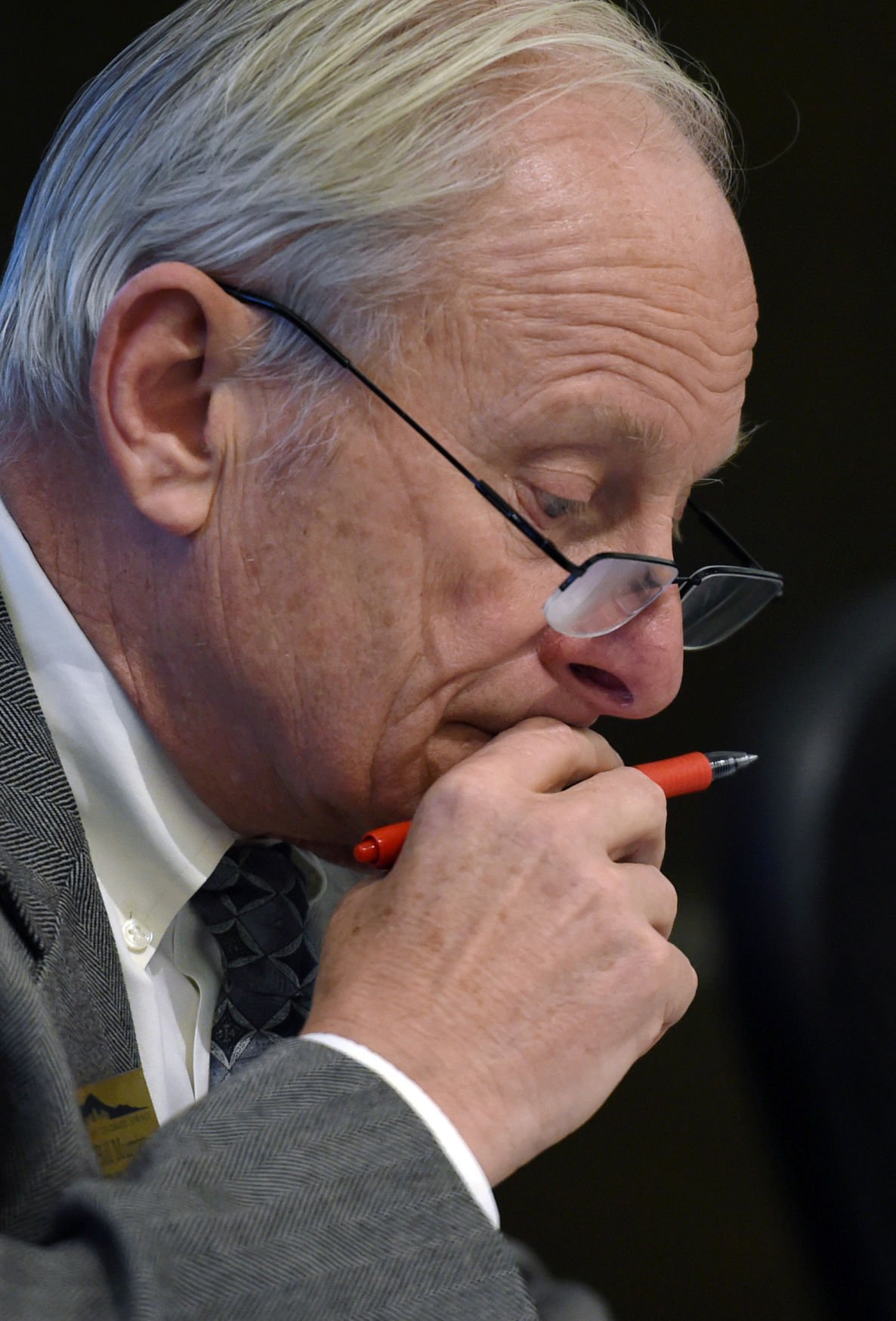 “This is my report card,” Murray said. “How do you think I did in the last four years?”

Murray, a retired Army colonel, is one of two at-large incumbents defending their seats in the election. And now, with a four-year term under his belt, he said he can be even more effective with another four years.

He’s quick to mention checks and balances and isn’t one to shy away from acting as the council’s dissenting voice. Once, Murray even walked out of a meeting in protest, to the dismay of his fellow council members. His views have also often put him at odds with Mayor John Suthers, who is also running for re-election.

“How’s that bromance coming?” he asked with a laugh. “This isn’t a love fest. It isn’t supposed to be.”

But it’s all part of the process, Murray says.

“Collaboration is not capitulation,” he said.

To be sure, collaboration was one of Murray’s three goals when he was elected. And it’s one he hopes to continue if he’s given a second term.

In the last four years, Colorado Springs has been listed as the most desirable place to live and the second best place to live by U.S. News & World Report. Murray points at those accolades and others as proof of the council’s collaboration with Suthers’ executive branch.

Another example is the council’s unanimous approval of Suthers’ 2019 budget in November. Typically an arduous process, that budget’s approval was relatively painless and required few tweaks. Many attributed that success to the administration’s cooperation with the city’s budget committee, which includes Murray alongside fellow Councilmen Don Knight, Andy Pico and Tom Strand, the second at-large candidate running for re-election.

Murray’s two goals are transparency and for officials to rely increasingly on data-driven analysis to influence how city departments are run.

Just this month, the council unanimously approved three ordinances that are meant to bring high-dollar lawsuit settlements out of closed-door meetings and into the public spotlight. The issue has long been on Murray’s radar and he considers the new laws a success.

“I tried for four years to get their attention,” he said.

Does Colorado need a new way to pick presidents?

Murray and Strand also host joint town halls often, hoping to offer insight into the turning cogs of city government and to answer questions constituents might have. He speculated that few, if any, council members have been as accessible as himself and Strand.

And Murray continues to push for a data-driven approach to running the city’s departments. This way the city “becomes smart, because we have the information.”

The field for the three at-large seats up for grabs crowded quickly, though Murray said he’s not sure the candidates’ priorities and statements match their experience.

“It’s easy to sail a boat in calm waters,” he said. “And I expect turbulent waters in the next four years. “

In addition, Murray stressed what it means to represent the city as a whole.

“When you think about downtown development, you must consider other areas of the city as well.”

Alongside his other priorities, Murray’s not one to beat around the bush with his other stances. First, he supports the collective bargaining issue on the April ballot put forth by the local firefighters’ union.

“What are you afraid of?” Murray, a former firefighter, said of other city officials who have opposed the issue.

He supports a referendum on allowing shops to sell recreational marijuana in town.

“Let the people decide,” Murray said. “Let’s put this puppy to bed. I wanted them to vote on this four years ago.”

And he wants to close the coal-fired Martin Drake Power Plant downtown as soon as is “practically” possible, he said.

The trick is finding a way and a time to close the plant without raising electric rates, Murray said. If they could close the plant tomorrow and get away with it, Murray said he’d support the notion. But practically speaking, a closure date in the next 10 years is more likely as Colorado Springs Utilities builds out its transmission infrastructure and continues to invest in renewable energy sources, he said.

Eleven candidates are in the running for three at-large Colorado Springs City Council seats. Learn more about them here.

Before Manitou Springs chooses its next city administrator, residents will have the chance to meet the two finalists.