A majority of Colorado Springs City Council members informally agreed Monday to put a question on the November ballot that would protect park land from sale or swap without voter approval.

The action was an encouraging sign for advocates who have been working on a question to amend the city charter to protect parks for years and saw it fail to make the ballot in August because a councilwoman backing the measure could not attend the meeting. This time, all the council members attended the meeting remotely as part of coronavirus measures.

“All of us who have been working on this for four years are delighted with what happened today,” said Kent Obee, a longtime open space advocate and member of the Protect our Parks coalition.

If the question makes it through two more council votes, Obee expects the measure will have a good chance in the election because parks tend to cut across political divides.

“We think it is inherently popular,” he said.

Voter approval of the sale, swap or conveyance of parkland is fairly common in Colorado, he said.

The ballot measure was inspired in part by the city’s Strawberry Fields land swap with The Broadmoor. The city exchanged the 190-acre Stawberry Fields property abutting North Cheyenne Cañon Park in 2016 for about twice the amount of land.

“I think a lot of us were sort of naive and felt this would never happen,” Obee said.

The group has since put together a list of parkland that would be protected under the ordinance, which includes famous regional parks, such as Garden of the Gods, and neighborhood parks of less than an acre, Obee said.

“We were very, very firm that it should be all parks.”

If passed, the charter amendment would build in some exceptions for parkland to be conveyed through court orders and eminent domain. It also would not require voter approval for conveyance of land that was given to the city by a builder to fulfill legal requirements and has not yet been developed, according to the draft proposal. 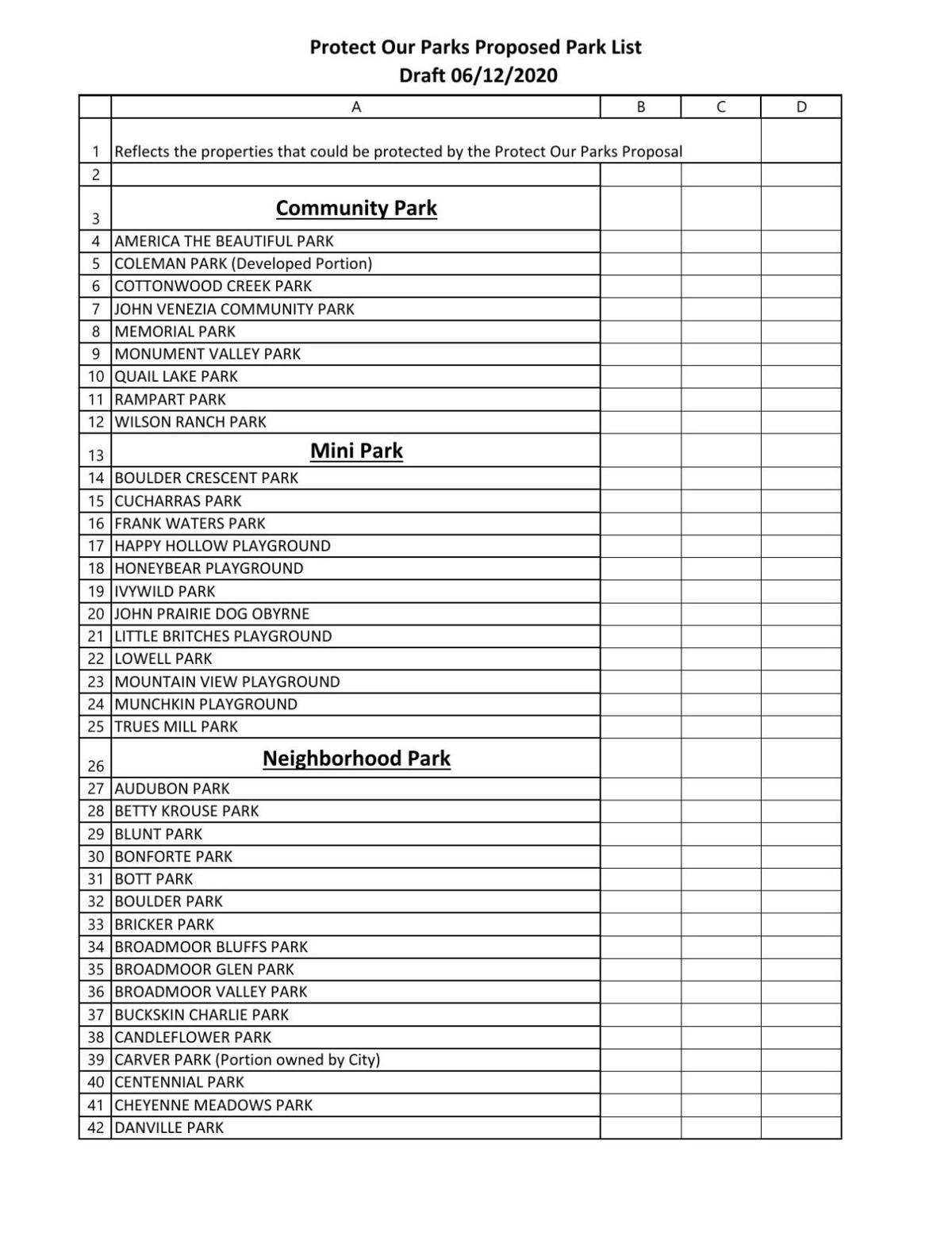