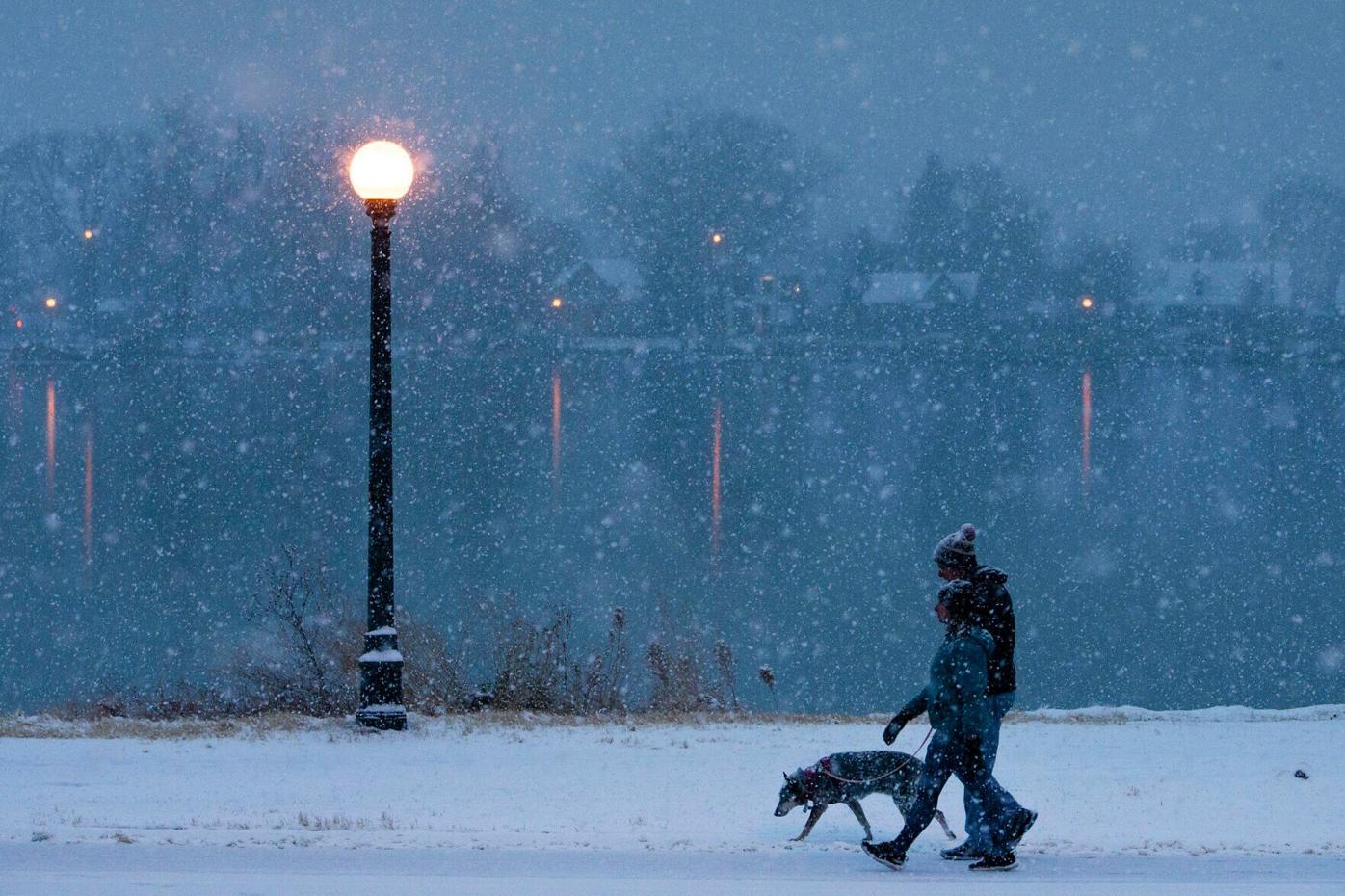 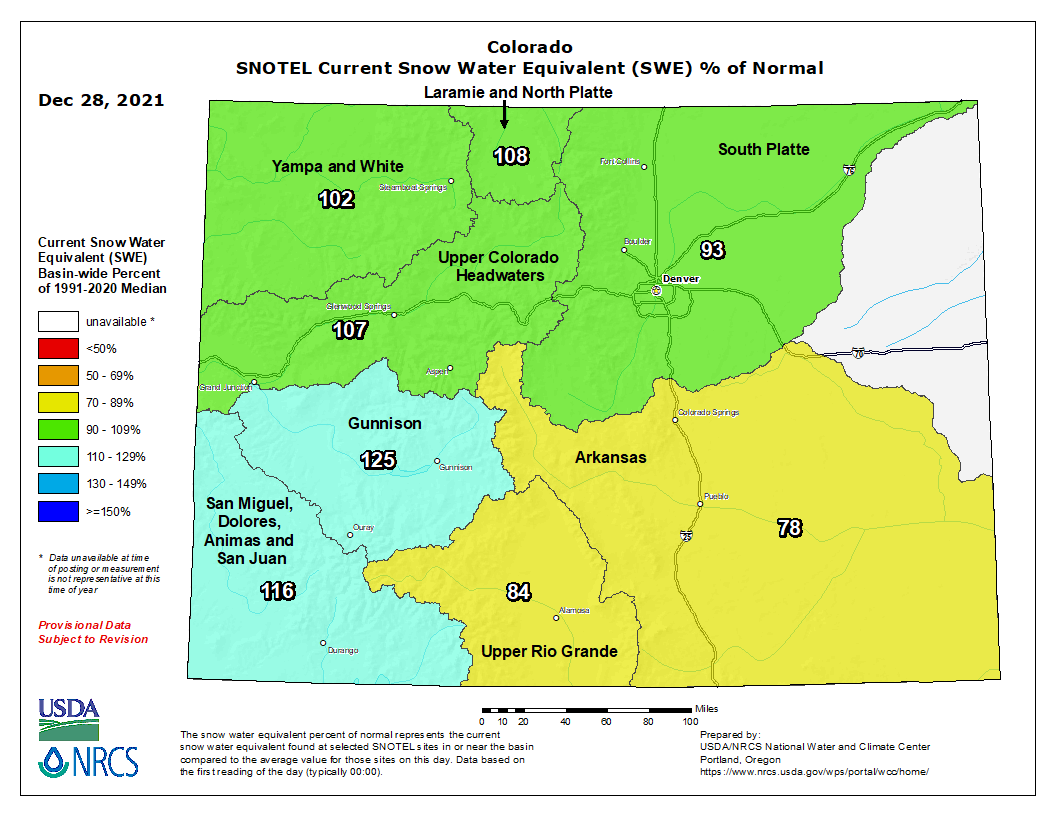 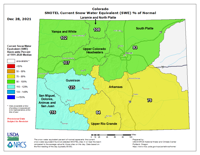 Colorado snowpack is exceeding average across much of the state, Natural Resources Conservation Service data shows.

A meager start to the snow season in Colorado has turned around across much of the state in recent weeks, a welcome sign for the state's water supplies and ski industry.

In early December, snowpack across the state was lagging, with the southwest corner around Durango falling the farthest behind at just 27% of normal and the local region, the Arkansas River basin, at 50% of normal. Since then snowpack across much of the state has caught up to and in some areas even exceeded average snowpack, data from the Natural Resource Conservation Service showed. River basins from the northwest to the southwest corner of the state all had snowpack exceeding 100% of average on Tuesday with more precipitation in the forecast for much of the state.

"We are seeing the skies just kind of open up across the state," said Tim Sullivan, with Colorado Ski Country USA, an industry group. The snow is welcome after poor snow conditions postponed opening dates for several resorts.

Southwest and west Colorado are expected to see heavy snowfall through Friday, National Weather Service in Pueblo meteorologist Kathleen Torgerson said, with winter storm warnings in effect for the Sawatch range and the San Juan and west Elk mountains, as well as the Grand and Battlement mesas, until 5 p.m. Wednesday.

Avalanche warnings issued, 121 slides occur in week: "It's dangerous out there. Very dangerous."

Wolf Creek Pass, she said, was expected to receive the heaviest snowfall. The pass could see 17 to 28 inches of snow through Thursday night, the weather service said. Wolf Creek Ski Area was reporting 33 new inches of snow over the last two days on Tuesday.

"It's just a really nice set of Pacific moisture that keeps funneling into those southwest mountains. And that is an ideal flow to bring heavy persistent snow to that region. ... It's a real snow machine for the Continental Divide, which is good because they've been hurting for precipitation as much as we have, and now they're really making it up like gangbusters here in the last week or so," Torgerson said.

The best chance for Colorado Springs to get snow is on Friday night when a storm could bring a few inches to the area.

"It could be an inch or two, maybe three up on the Palmer Divide if we’re lucky. Now, if the storm can drop a little bit further south and intensify a bit more, it’s possible we could see more, but I’ve also seen these systems weaken and move farther north, and that would give us less snow," she said.

While metropolitan areas, like Colorado Springs, are missing out on the big storms this week, the healthy snowpack they will help build is key to replenishing reservoirs that serve the city.

"The downstream impacts, literally and figuratively of this event, can be far reaching especially if its something that continues through the winter and into the spring we could see a lot of good recovery," said Becky Bolinger, assistant state climatologist.

La Niña is guiding weather patterns this winter and so it is more likely the northern mountains in Colorado will see more snow, but that doesn't mean another big storm won't hit the southern mountains, she said.

Eastern Colorado has missed out on much of the moisture this month, worsening the drought conditions. While this is a dry time for eastern Colorado when the region doesn't get the small amount of average moisture expected it stresses the vegetation, and increases the risk for grass fires, like the Oak fire in Littleton, and dust storms, Bolinger said.

She doesn't expect a repeat of the storm that brought hurricane force winds to town earlier this month, but smaller blowing dust events are likely because it is a windy time of year and the soils are dry. Such storms are hard on farmers and can blow out seeds. They can also take a toll on mental health.

"The wind is just blowing relentlessly on you and then you see a wall of dust or the dust is so thick that there are visibility issues and it can look almost as dark as night. These things very much have an impact on our mental wellbeing," she said.

With a new $88 million effort to restore and protect communities and water systems from wildfires, Colorado’s top natural resources executive …