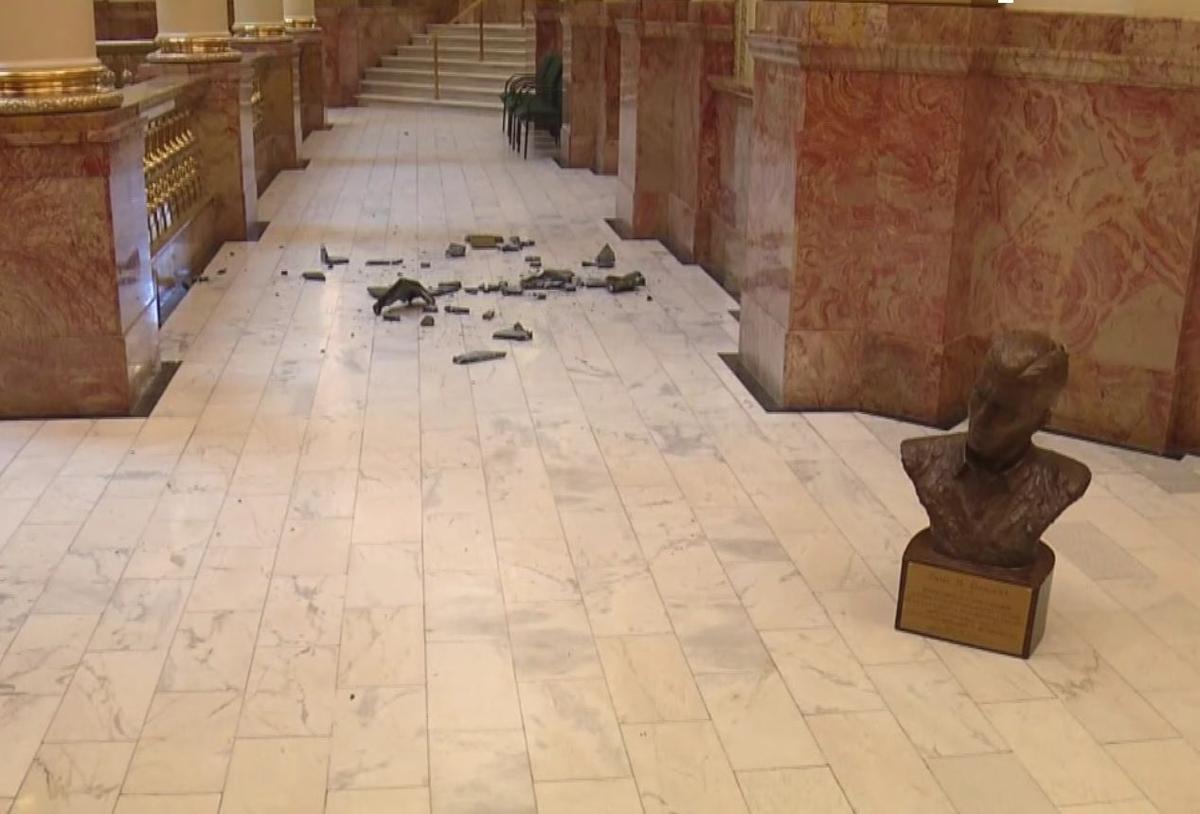 Some of the vandalism damage found at the state Capitol early Sunday. 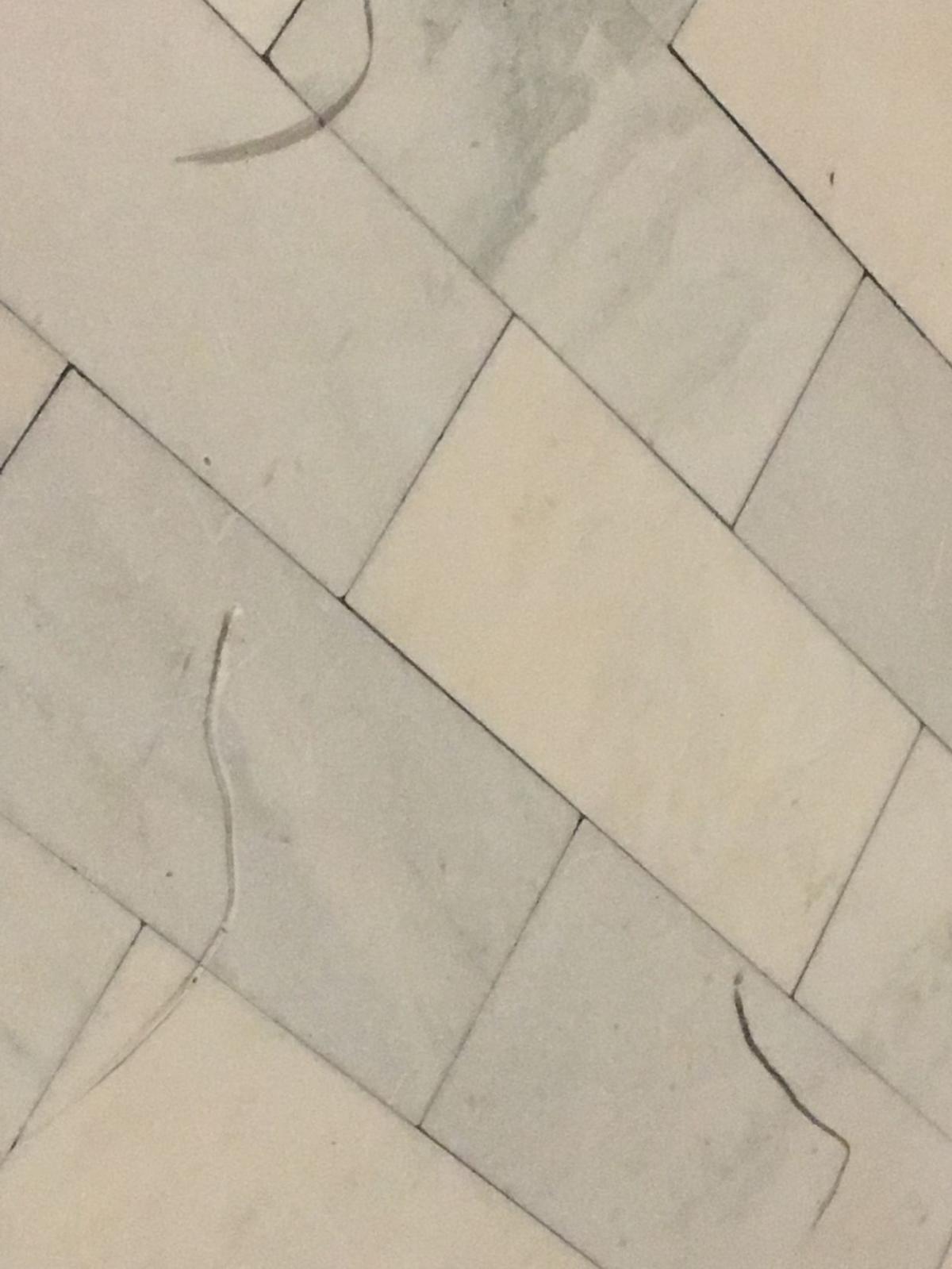 Floor tiles damaged in weekend vandalism at the state Capitol.

Some of the vandalism damage found at the state Capitol early Sunday.

Floor tiles damaged in weekend vandalism at the state Capitol.

Only the bases of the artwork were damaged. Those pieces were:

• A bust of former state Rep. Richard Castro, a Delta Democrat who at age 25 was among the youngest ever elected to the General Assembly. He served from 1975 to 1983, when he resigned to lead the Denver Agency for Human Rights & Community Relations. He served that agency until his 1991 death from an aneurysm at age 44. Castro was an early leader in Denver's Hispanic movement.

• A bust of Republican Gov. John Vanderhoof of Rocky Ford, who served in the legislature from 1951 to 1970. Vanderhoof was the House speaker in 1963-64 and Senate president from 1971 to 1973. He was elected lieutenant governor in 1972 and became Colorado's 37th governor when Gov. John Love was  appointed head of the National Energy Policy office in the Nixon administration. Vanderhoof lost a bid for a full term in 1974 to Gov. Dick Lamm.

• A sculpture titled "The Plainswoman," donated to the General Assembly last year. The glass of its wooden case was shattered.

The vandalism was discovered when firefighters responded to an alarm about 5 a.m. Sunday, said Denver police spokesman Jay Casillas.

No sign of forced entry was found, and authorities still haven't determined whether anything was stolen, Casillas said.

The Colorado State Patrol now has a photograph of the vandal, the sources said.

The Associated Press contributed to this story.

A bill allowing public schools to offer information on the state's "safe haven" law regarding unwanted newborns has won preliminary approval from the Colorado state Senate.