Larry Terrafranca and Jilian Harris walk around Prospect Lake in Memorial Park Thursday, April 11, 2019 as a freshly snow-covered Pikes Peak peeks through the clouds the day. (The Gazette, Christian Murdock) 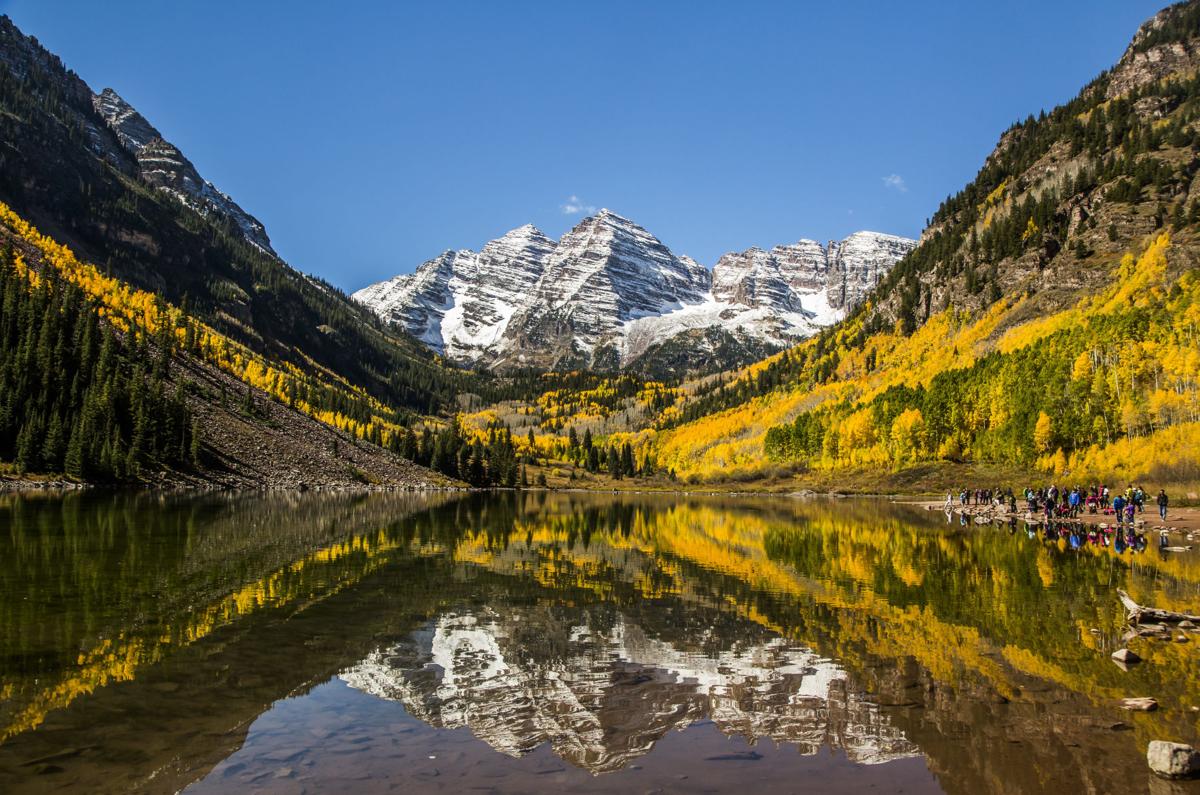 The aspen leaves shimmer under the sun at Maroon Lake in Aspen in this 2016 Gazette file photo.

Larry Terrafranca and Jilian Harris walk around Prospect Lake in Memorial Park Thursday, April 11, 2019 as a freshly snow-covered Pikes Peak peeks through the clouds the day. (The Gazette, Christian Murdock)

The aspen leaves shimmer under the sun at Maroon Lake in Aspen in this 2016 Gazette file photo.

Colorado was named the 10th best state by U.S. News & World Report for the second year in a row, nabbing the No. 1 spot for its economy and the No. 8 spot for its infrastructure.

Results were mixed in other categories, though. Colorado was deemed 31st in natural environment, 29th in crime/corrections and in fiscal stability, 28th in opportunity, 12th in health care and 11th in education.

Colorado also got the top spot for its economy last year, and it moved up for infrastructure, which was ranked 14th last year; education, which was 20th last year; and fiscal stability, ranked 31st last year.

The state’s opportunity and crime/corrections scores remained the same, and its health care score dropped from No. 9 last year. The report swapped out its quality of life category, in which Colorado ranked 10th last year, for a natural environment category.

U.S. News & World Report ratings on cities, universities and other issues are highly regarded as among the most accurate.

The states’ rankings, based on 71 metrics and thousands of data points, “capture how the 50 states best serve their residents across eight main categories,” says a summary of “data-driven insights.” Health care and education are the two most heavily weighted categories.

“As people are increasingly concerned about income disparities, rising health care costs, gaps in education and crumbling infrastructure, it’s more important than ever to focus on the day-to-day policies that affect people where they live their lives,” said Eric Gertler, executive chairman at U.S. News, in a statement.

“This is where the U.S. News Best States project is vital. In conjunction with objective data and trusted journalism on state performance, the rankings fills the gap in local reporting for the benefit of residents, business leaders, decision-makers and government officials.”

Washington was named the No. 1 state, followed by New Hampshire, Minnesota, Utah and Vermont.

“Home to Amazon.com, Microsoft and Boeing, Washington’s economy is booming,” a news release says. “The state also ranks in the top five in health care, economy, infrastructure and education.”

This year’s report “streamlined the methodology to reflect more objective, transparent and comparable data across the framework.”

To rank a state, eight categories were assigned weights “based on the average of three years of data from an annual national survey that asked a total of more than 50,000 people to prioritize each subject in their state,” the release says. Each category is made up of sub-categories of equal weight.

• Infrastructure: 14th in energy, sixth in broadband, 20th in transportation

• Opportunity: 43rd in affordability and in equality, eighth in economic opportunity

For more information about the annual report, visit usnews.com/news/best-states?src=usn_pr.

Colorado Springs ranked the 29th best place to start a business in a study of the nation's 100 largest cities, says a list released Monday by …