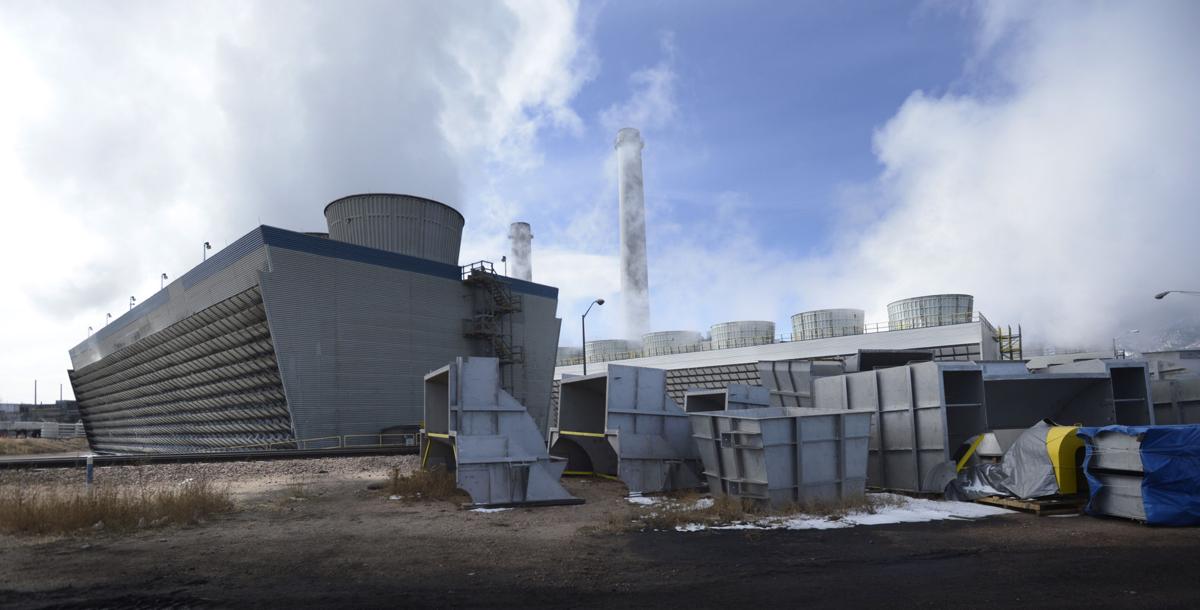 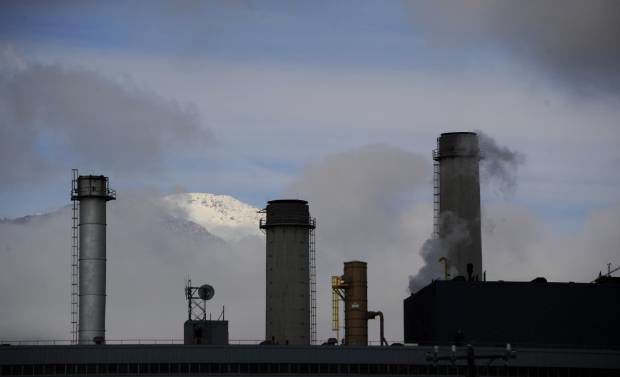 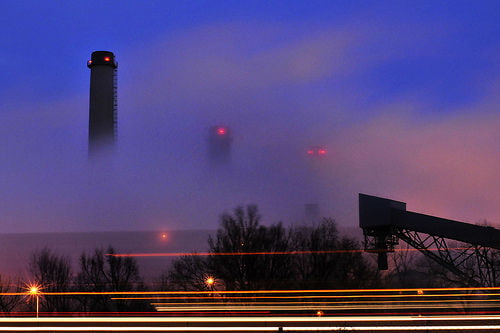 Local officials from the Pikes Peak Area Council of Governments have warned that a smoggy summer could push the region over federal air quality limits for ozone, and environmental activists are pointing fingers at the coal-fired power plant in downtown Colorado Springs.

Clean air activists argue that the Martin Drake Power Plant could “make or break” whether ozone concentrations exceed a threshold mandated by the Environmental Protection Agency, triggering a violation that could lead to vehicle emissions testing and other costly mitigation measures.

The power plant is El Paso County’s single largest stationary source of another pollutant, nitrogen oxide, that is a major component in ozone formation, according to data from the state Department of Public Health and Environment. Ray Nixon Power Plant, near Fountain, is a close second, the data show.

“It is clear that Drake and Nixon are the biggest sources (of nitrogen oxide), and they’re the easiest sources to fix,” said Robert Ukeiley, a Boulder-based senior attorney for the Center for Biological Diversity’s Environmental Health Program. “You’re not going to convince people to get out of their cars. That’s just not happening.”

Utilities maintains that there are too many factors at play when ozone forms to say that the plants are significant contributors to the problem. Plus, data from the state shows that, altogether, cars and other vehicles emit more nitrogen oxide than Drake and Nixon combined.

Drake is scheduled to be shuttered no later than 2035, although its controversial emissions have long spurred local activists to call for an earlier closure. Utilities CEO Aram Benjamin has said that the closure could come sooner as the provider brings more solar power and battery storage into its energy portfolio.

But the looming air quality violation is adding a new “twist” and an “immediacy” to the pressure to wind down operations at the plant, said Lee Milner, a local parks and open space advocate who previously served on the Pikes Peak region’s air quality committee.

However, the plants’ nitrogen oxide emissions have been slashed by more than a third since then, as Utilities has installed new low-nitrogen oxide burners and other emission control technologies, said Chris Welch, Utilities’ interim permitting services supervisor. One of Drake’s three units was also decommissioned at the end of 2016, Welch said.

“We’ve done a lot over the years to reduce our (nitrogen oxide) emissions, and we only see that trend continuing in the future,” Welch said.

He added that Utilities is also weighing “potential operational changes” to limit nitrogen oxide emissions from the plants on days that the state’s public health department predicts elevated ozone levels.

Last year, Drake emitted about 1,290 tons of nitrogen oxide, Ray Nixon emitted about 915 tons and Utilities’ natural-gas fired Front Range Power Plant emitted about 330 tons, according to data that the provider submitted to the EPA.

There are about a dozen other sources in the county that produce more than 10 tons per year of nitrogen oxide, including Fort Carson and UCHealth Memorial Hospital Central; however, all of those sources annually emit about 100 tons or less, according to the most recently available data from the state. More recent data on vehicle emissions in the county weren’t available.

Welch said he hasn’t seen evidence of a direct correlation between Drake’s emissions of nitrogen oxide and high ozone levels.

Ozone is found naturally in the stratosphere; but when it occurs near the Earth’s surface, it can cause difficulty breathing, shortness of breath and coughing and exacerbate lung diseases such as asthma, emphysema and chronic bronchitis, the EPA reports.

In 2018, Colorado Springs’ two area air monitors measured levels above the federal limit of 70 parts per billion on seven occasions, according to the state health department.

On six of those days, there was at least one other factor that could have led to the spike, the state reports. Either wildfire smoke was drifting in from blazes in other parts of the state or Western U.S., or a “stratospheric intrusion” had occurred, causing ozone from the atmosphere to descend to the Earth’s surface. On one of those days, both were happening.

The Pikes Peak region is still technically in line with federal regulations because compliance is based on a three-year average of the fourth highest readings at the two monitors, meaning the three highest smog days each year are dropped.

In the late 1980s, the EPA found that the Colorado Springs area had violated air quality standards for another pollutant, carbon monoxide. As part of an extensive plan developed by local governments to bring levels below mandated limits, county residents were required to have their vehicles’ emissions tested until the beginning of 2007.

If the area is found to be noncompliant with ozone standards, stricter permitting requirements for businesses could also be required . Such regulatory requirements have been tightened in Denver because of federal ozone violations.

The Pikes Peak Area Council of Governments, the region’s air quality planning agency, has hired an environmental program manager and revived its air quality committee to see what can be done so that the EPA does not designate Colorado springs as a “nonattainment area.”

The air quality committee is working with Utilities and promoting simple steps that people can take in their daily lives to reduce ozone, such as biking to work instead of driving or waiting to mow the lawn until the evening instead of during the day.

“We can’t put all our eggs in one basket,” said Andy Gunning, the council’s executive director. “The sources come from so many different places — the transportation sector, industrial processing stuff, oil and gas that we don’t really have in our region, but we have coming in from elsewhere — that it’s not wise to really focus on just one source. We’ve really got to take a more comprehensive view of all this.”

But others, such as air quality committee member Francois Raab, say that limiting nitrogen oxide emissions from Drake and Nixon is a better short-term solution to avert noncompliance with the EPA’s ozone rules.

There are many different sources of nitrogen oxide, a pollutant that helps form ozone.

According to the 2014 National Emissions Inventory, cars and other vehicles on El Paso County's road contributed emitted more than any single source of nitrogen oxide.

Here are some of the top stationary sources of nitrogen oxide in the county today, measured in tons per year:

Sources: Colorado Springs Utilities and Colorado Department of Public Health and Environment. Annual emission figures must be reported to the state, at a minimum, every five years.

Construction crews broke ground this month on a solar array project for Colorado Springs Utilities, to be followed soon by two other arrays.