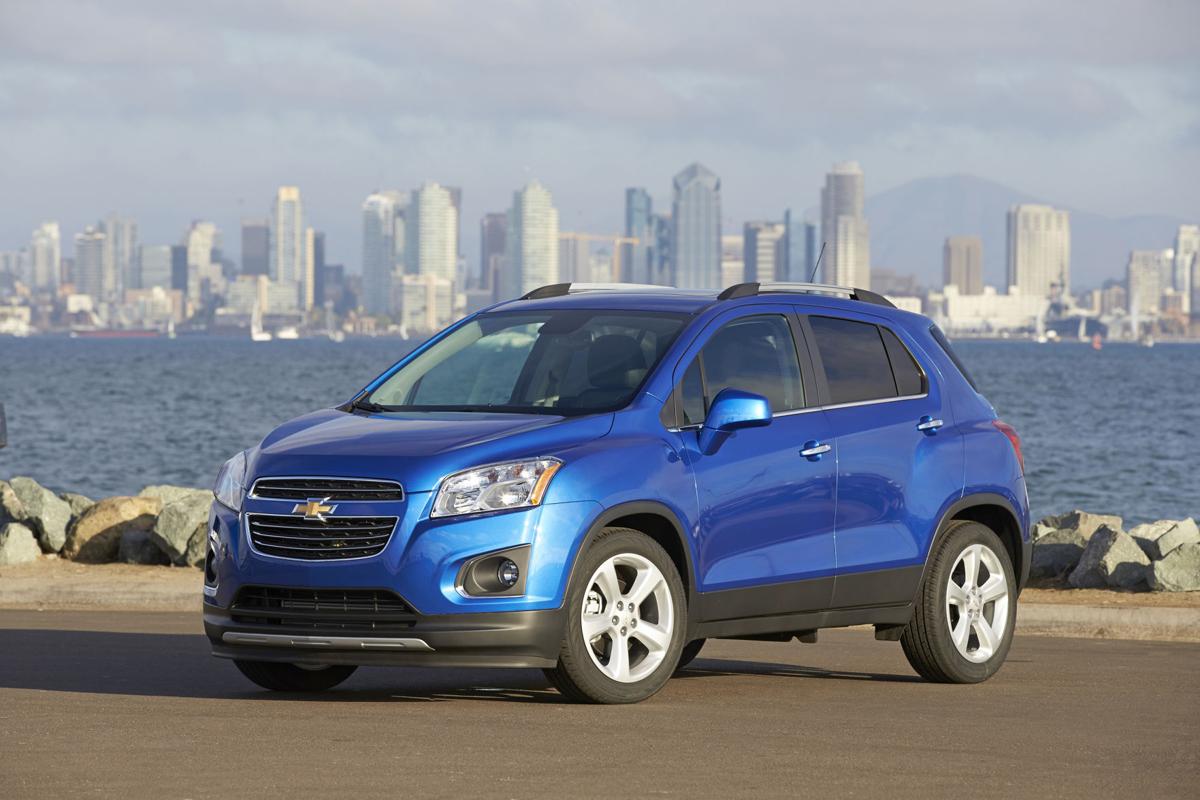 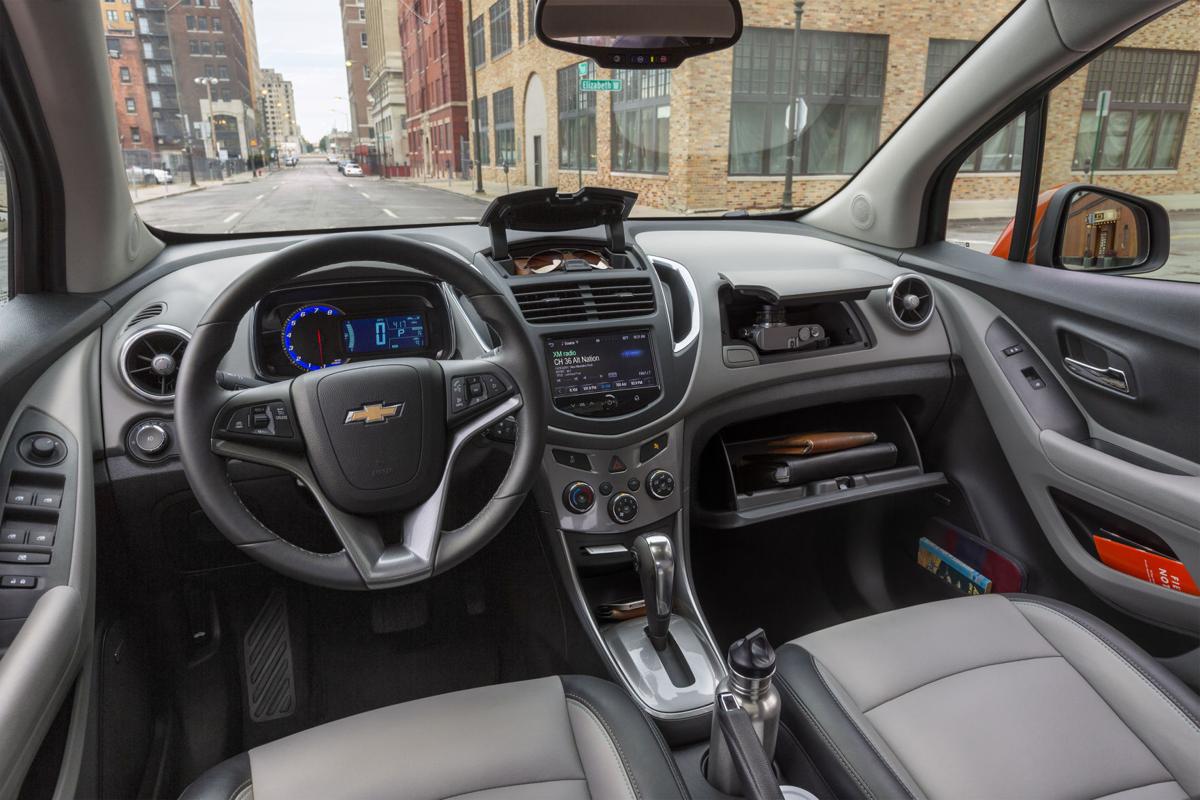 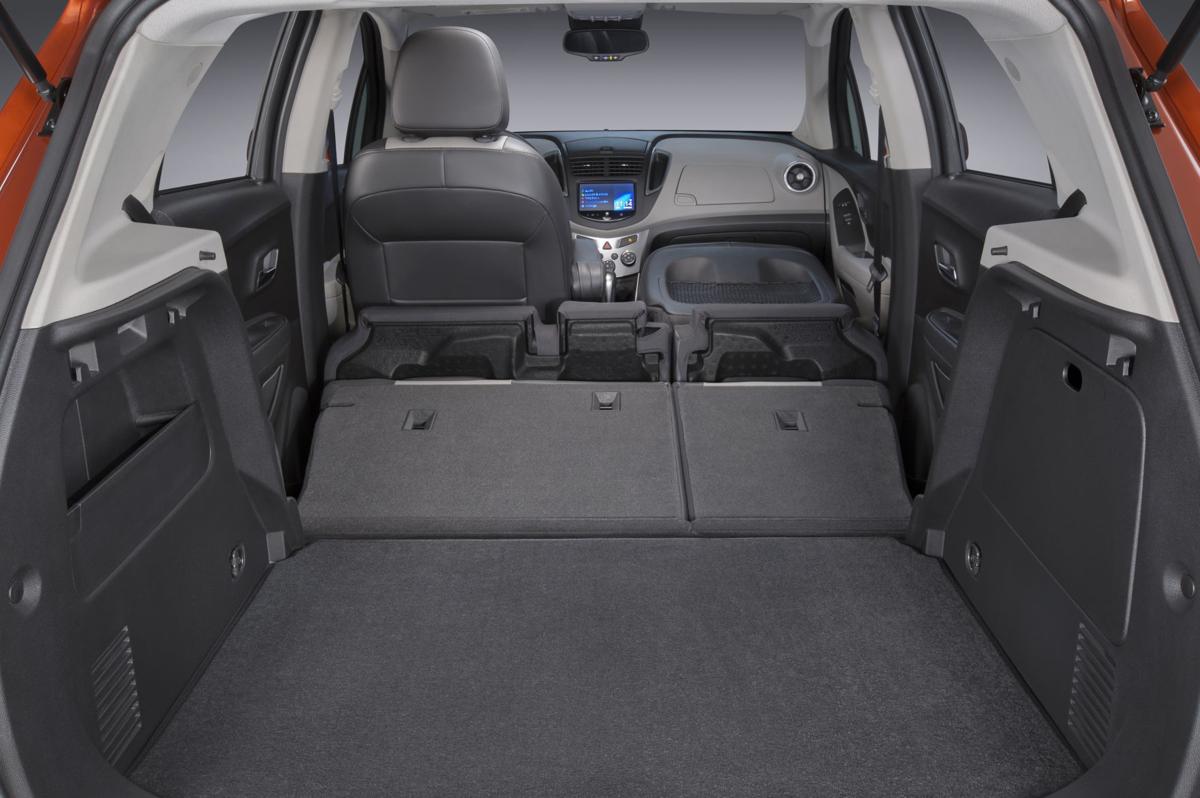 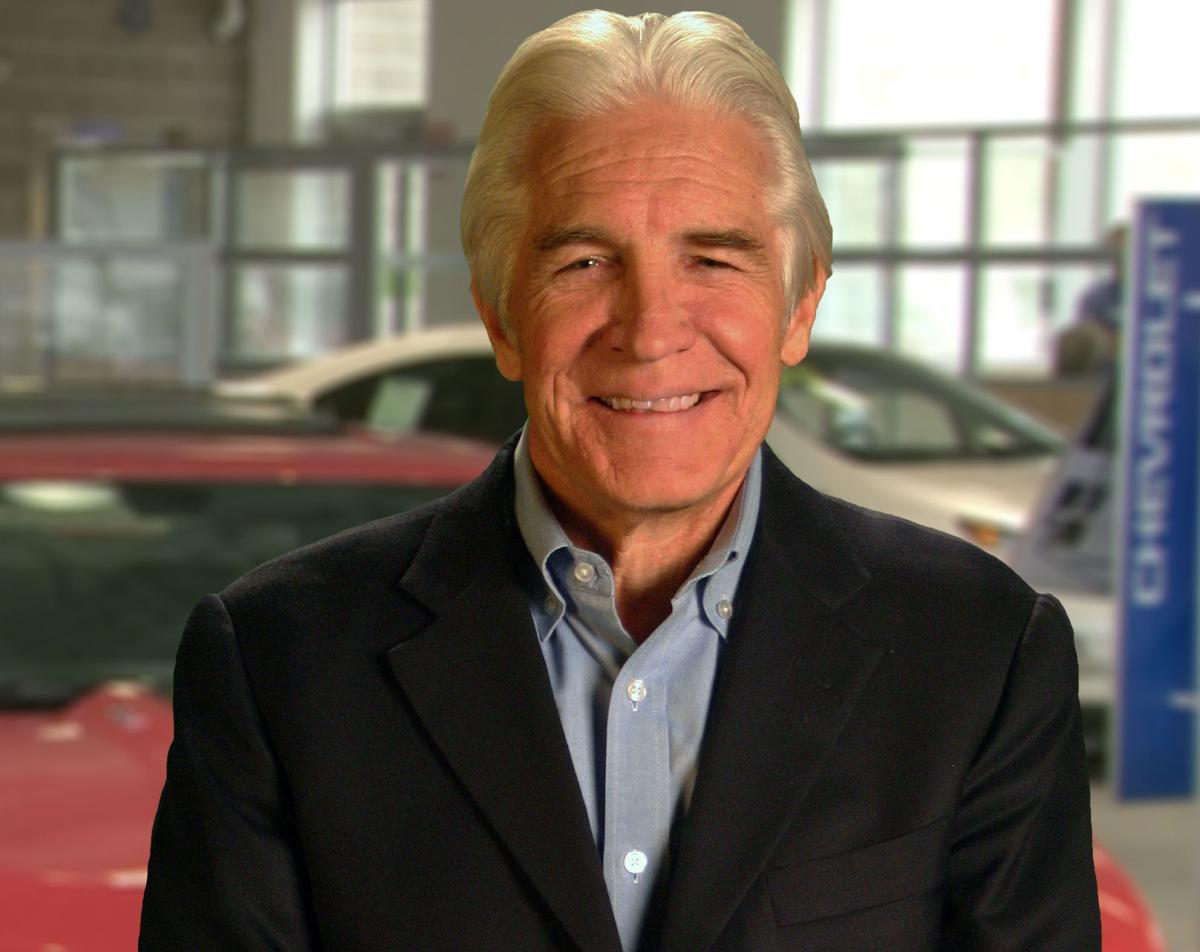 Combining small-car agility with the utility and convenience of an SUV, the 2016 Chevrolet Trax is a sleek and sporty choice with a turbocharged engine and great fuel economy. Available in other parts of the globe since 2012, the Trax didn’t show up in the U.S. until 2015, slipping in just below the mid-size Equinox in Chevy’s lineup.

Anyone looking for a well-equipped, entry-level SUV would be remiss if they didn’t check out the Trax.  The powerful exterior is highlighted by a dual-port grille, bowtie emblem and swept headlamps enhanced by chrome accents, simulated front and rear skid plates and confident body lines fused with pronounced wheel arches.

In addition, Murphy noted if your Trax will be in the shop for two or more hours, Chevy will provide you with a brand new loaner vehicle.

And, Murphy, “The Trax is the only car in its class to offer a standard review camera.”

The Trax furnishes ample interior space with plenty of headroom and legroom and  well-bolstered cloth seats for both front and rear passengers.  Upgrades can get you deluxe cloth, cloth/leatherette trim, or full leatherette trim.

The rear cargo area is bigger than some of its competitors and the 60/40 split, flat-folding rear seats (with a fold-down armrest with cup holders) can add another 29.7 cubic inches to the cargo space, for a total of 48.4 cubic feet.

Standard MyLink interface on the touchscreen display links with your smartphone to provide access to apps, pictures and videos. For a flat fee, BringGo works with select iPhones and Android smartphones to provide full navigation functionality, including traffic data and POI searches. It relies on your phone's data connection, but you can control and view it on the touchscreen.

Each Chevy Trax is powered by an Ecotec 1.4 liter turbocharged four-cylinder engine coupled with a six-speed automatic transmission. The engine produces 138 horsepower and 148 pound-feet of torque.

The turbocharger delivers on-demand performance adding to its efficiency by supporting greater power when needed, with the lower fuel consumption of a small-displacement engine when its not.

Along with standard with antilock brakes, front-seat side airbags, front and rear side curtain airbags, and knee airbags for the driver and front passenger, the Trax body structure forms a protective enclosure around passengers.

“The Stabilitrak is an amazing feature,” said Murphy, “if you get into icy conditions and the car starts to slide, it will send the the right amount of power to the appropriate wheel and correct itself.”

“The instrument display includes tire pressure monitoring, miles to empty and your miles per gallon,” Murphy said.  “It will actually adapt to your driving and maximize fuel economy.”

It also has an oil life monitoring system, which Murphy said is helpful to stay within General Motors warranty conditions.  “General Motors suggests the oil be changed when it gets down to 10-15 percent oil life.  Which generally ends up being somewhere between every six to seven thousand miles.”

The 2015 Chevrolet Trax is easy to park and more maneuverable than many crossovers and engine performance is sprightly and quick with enough boos the highway for merging and passing. It’s a compelling option for the small SUV market.

“For a small SUV,” Murphy said, “this one definitely gets you the most bang for your buck.”

No matter what location, or what capacity, the focus of all Al Serra stores has always been providing exceptional customer care and treating their employees like family.

Click this link to view the current Chevy Trax inventory.