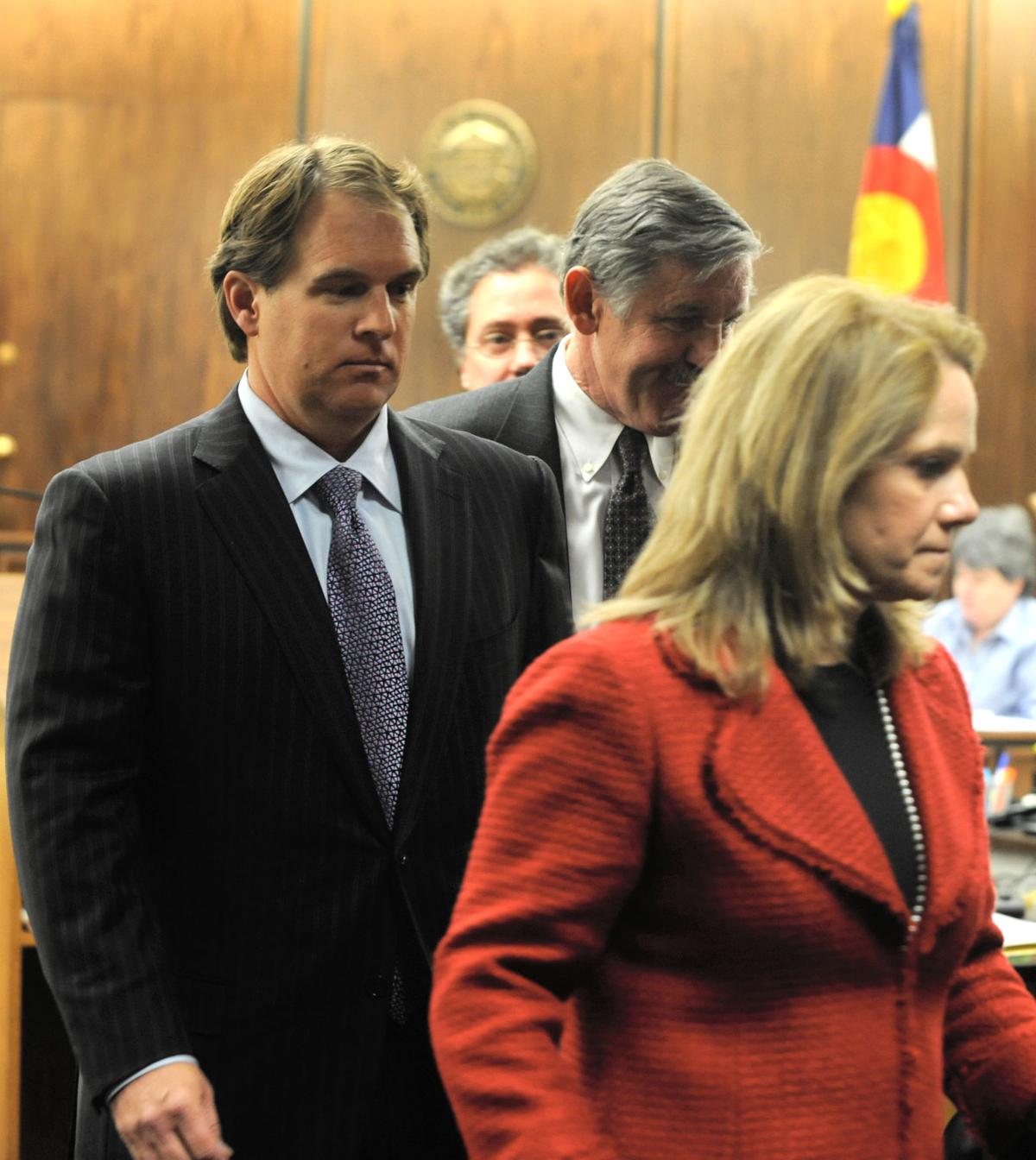 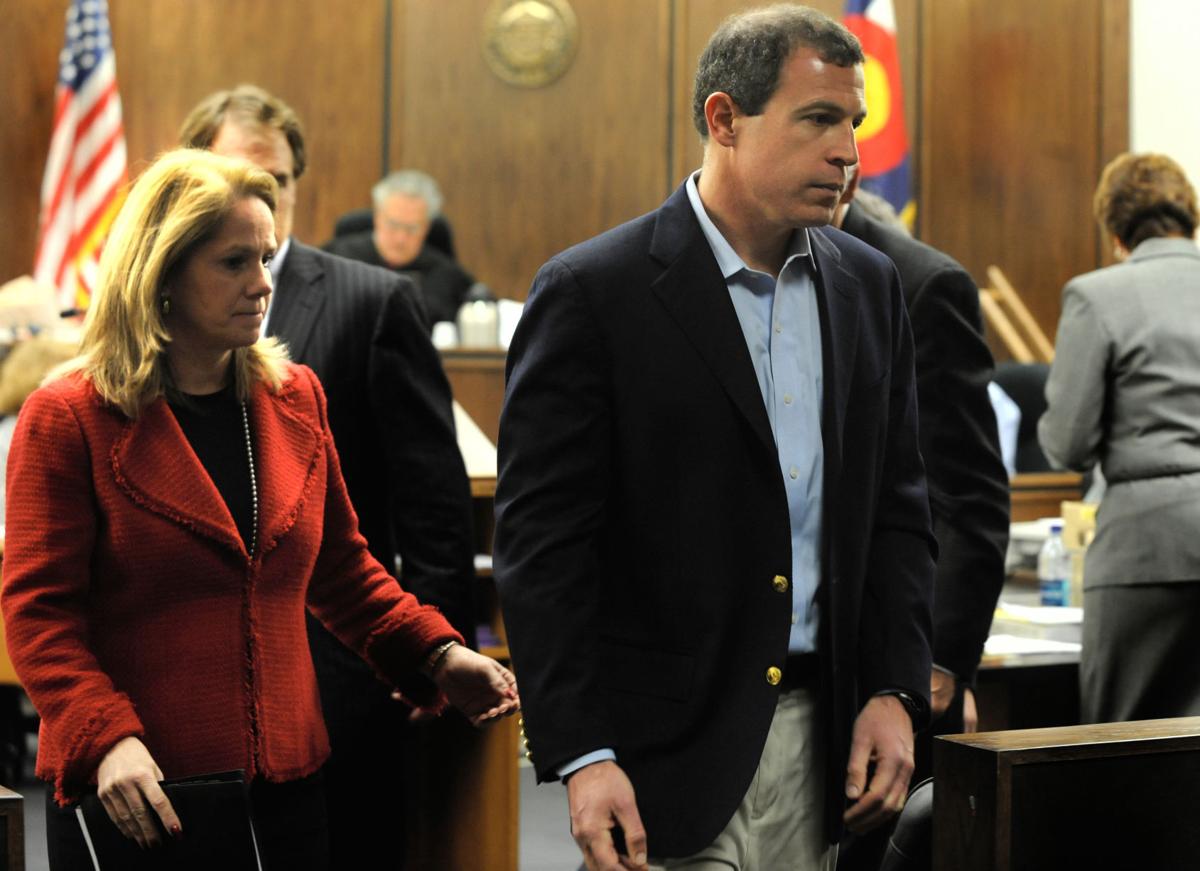 Prosecutors on Thursday dropped all charges against developer Ray Marshall, more than eight years after he was accused of embezzling more than $1 million from a city incentive package meant to keep the U.S. Olympic Committee in Colorado Springs.

The dismissal came two weeks after a former prosecution investigator in the case against Marshall joined in Marshall's defense and filed an affidavit stating he believed he and the judge were misled by the prosecutor's office.

In a brief statement, the 4th Judicial District Attorney’s Office said parallel civil suits drawing on the alleged crimes have all been settled and “the majority of the victims have indicated they no longer wish to pursue further criminal charges.”

Those victims agreed with the decision to withdraw the criminal case, and "there is no longer any restitution to be paid," the statement said.

Marshall on Thursday agreed to make a $150,000 charitable donation to the Olympic & Paralympic Museum in downtown Colorado Springs, prosecutors said. The museum's scheduled grand opening at the end of the month was delayed by the COVID-19 pandemic and a new date hasn't been set.

Marshall, 56, had been set for an Aug. 14 trial on 41 counts, including theft and racketeering.

He had been accused of draining $1 million in grants and city funds from a package of more than $42.3 million that the city arranged in 2008 to keep the U.S. Olympic Committee from moving to Chicago. At the time, the USOC had its headquarters at the converted Air Force base on East Boulder Street where the Olympic & Paralympic Training Center is located and had stated it was considering decamping for other cities.

The 15 listed victims had all made investments in several real estate developments around town that were involved in the deal, prosecutors previously said. None of the charges involved the current U.S. Olympic Committee headquarters building at 27 S. Tejon St.

The dismissal comes on the heels of an April 30 defense filing in which a former district attorney’s investigator, Robert Sexton, alleged that fellow DA investigators on the Marshall case withheld “critical information” from him during the probe.

As a result, Sexton, who worked in District Attorney Dan May’s office from September 2011 to July 2012, said he was “tricked” into incorporating false claims to judges in warrant applications, and that he no longer stood by those assertions.

“There was no intent to deprive, and the ‘takings’ were all authorized by various agreements,” Sexton said in the affidavit. “All of the funds in question in this case were paid in full to contractors over two years before Mr. Marshall was arrested for theft.”

Sexton said that he does not believe Marshall committed a crime. He further contended in the affidavit that fellow investigators and others in May's office "misled the court as to the true and relevant facts in this case and the source of funds and who was responsible for the funds."

Voice messages and emails left for lead prosecutor Amy Fitch and the District Attorney's Office asking about Sexton's claims in the affidavit weren't immediately returned. Marshall's attorneys, Pamela Mackey and Jeffrey Pagliuca of Denver, also did not return emails and phone messages. Sexton couldn't be reached by email for further discussion of his claims, which echoed arguments made in court contending Marshall was being punished for lawful transactions.

A jury acquitted Marshall in a 2009 case in which he was accused of defrauding investors in separate development deals, and the now-dismissed case had been bogged down for years in appeals and pretrial litigation.

Marshall's lawyers argued that charges related to the USOC deal overlapped with the 2009 case, violating constitutional protections against being tried twice for the same alleged crimes.

A former judge agreed with that argument and twice dismissed the case against Marshall, in 2012 and 2015. The Colorado Court of Appeals overturned those dismissals, however, and the case was revived in 2016.

The city incentives package that Marshall was charged with plundering was negotiated in part by members of Colorado Springs City Council, and the deal resulted in embarrassment for the city, spawning a high-profile white-collar prosecution.

Asked for comment on the dismissal of charges, Mayor John Suthers suggested the yearslong delays affected the prosecution's ability to prove the case.

"It’s apparent that the long passage of time caused by numerous appeals has impacted the viability of the prosecution case and I understand the difficult position of the district attorney," the mayor said in a statement provided by his spokeswoman Jamie Fabos. "Issues between the city and LandCo were resolved years ago," he added, referring to LandCo Equity Partners, the Marshall-led company involved in the incentives deal.

A California auto dealership group is suing a company started by Colorado Springs developer Ray Marshall, who is headed to court next month on…