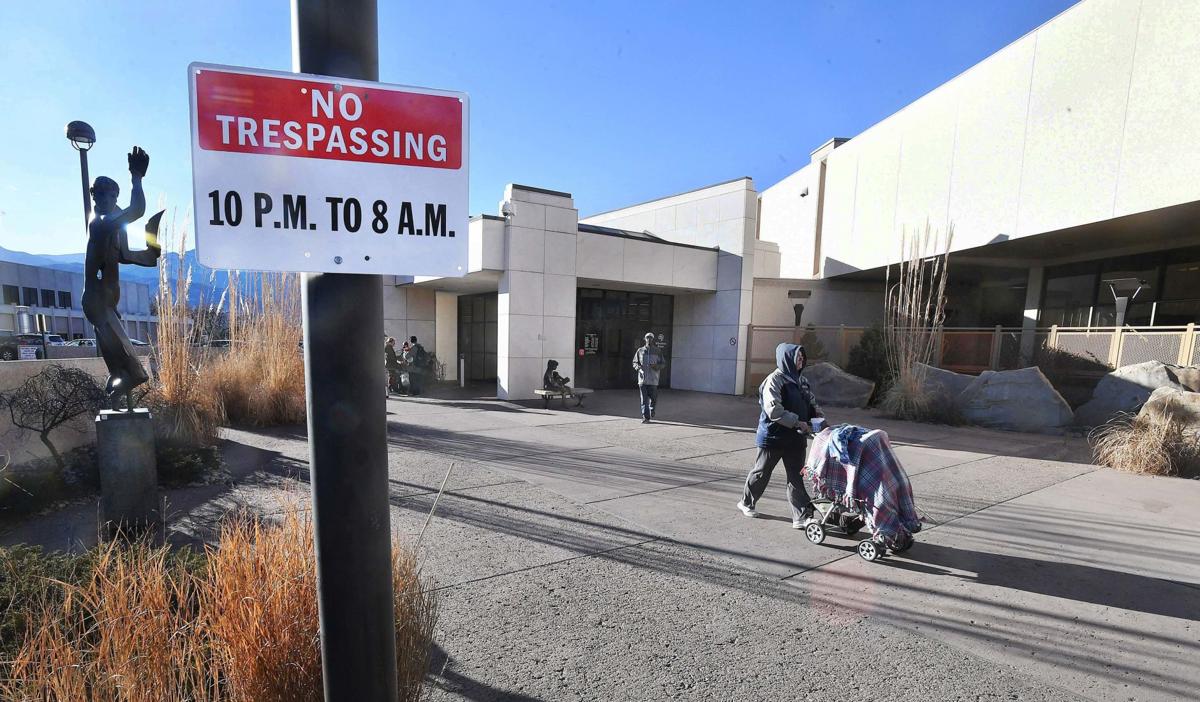 Signs went up this year at the Penrose Library in downtown Colorado Springs to ban camping to crack down on people sleeping outside the library. 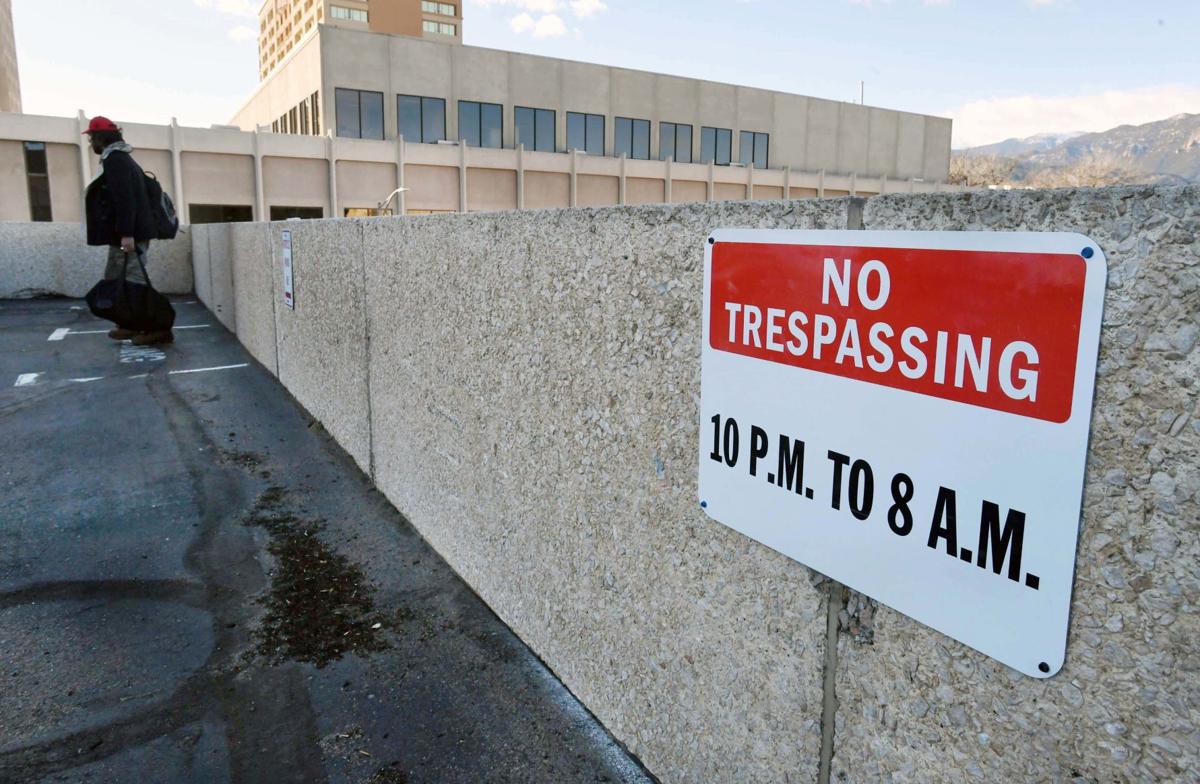 Signs went up on Monday at the Penrose Library in downtown Colorado Springs to ban camping. Employees plan to hand out pamphlets to campers with information on other places to get help.

Signs went up this year at the Penrose Library in downtown Colorado Springs to ban camping to crack down on people sleeping outside the library.

Signs went up on Monday at the Penrose Library in downtown Colorado Springs to ban camping. Employees plan to hand out pamphlets to campers with information on other places to get help.

The Pikes Peak Library District plans to ban camping around its buildings as more and more homeless people have been sleeping outside the Penrose Library downtown, leaving trash and human waste in their wake.

Beginning Monday, anyone caught from 10 p.m. to 8 a.m. at one of the library district’s four campuses — the Penrose, East and Old Colorado City libraries or Library 21c — could be ticketed for trespassing, said John Spears, the district’s CEO and chief librarian.

The move comes as the number of campers outside the Penrose Library has skyrocketed in recent months, making it the latest flash point in the city’s struggle to address homelessness.

For years, a few people slept on the grounds, but those numbers hit 80 or 90 a night in November and December, Spears said. Nighttime fights increased, too, after city crews disbanded the massive Quarry encampment southeast of downtown in mid-December. At least one campfire was lit outside Penrose, Spears said, and campers have left more human waste.

Monday, library workers posted “no trespassing” signs for the hours of closure. Spears said he planned to give campers a week to leave, so they wouldn’t be scrambling for a place to sleep.

Over the next several days, library employees plan to hand out pamphlets to campers with information on other places to get help. Helping in that effort will be a library social worker hired in October to help homeless and low-income visitors find housing and work.

Sitting outside the library, Destiny Delacruz-Wilson, 19, called the decision frustrating. She said the site is attractive, because it is well-lit, equipped with security cameras and positioned beside a major downtown street with lots of passing traffic.

So she slept at the library on and off for nearly two months, after leaving the Urban Peak youth homeless shelter because of “drama.”

“This is the safest spot to sleep at,” Delacruz-Wilson said.

Monday morning, dozens of people stood outside waiting for the library to open — several with shopping bags packed with their belongings. Often, people would camp beside the building’s front doors, along with a few other secluded areas along the building’s north and west sides.

Chantry Loewen, 34, said the move amounts to one more sign that the city isn’t accepting of homeless people.

Spears said the decision was a difficult one.

“I understand why people perceive the library as a safe place, but there are safer places to go that are specifically built to house people, and we’re not one of them,” he said. “At night, we don’t have staff. We don’t have security. We don’t have restrooms. We don’t have any of the other things that are available at things like a shelter.”

Spears also stressed that the move does not affect anyone’s ability to visit the library during operating hours.

He has publicly defended the presence of homeless people at the Penrose Library amid complaints by community members. He has blamed that criticism on some people’s “discomfort” at the sight of homelessness — adding that as long as visitors follow the rules, “they have every right to be there as well.”

The new policy does nothing to change that, he said.

Alicia Kwande works in a Colorado Springs library, but she isn’t here to talk about overdue books.