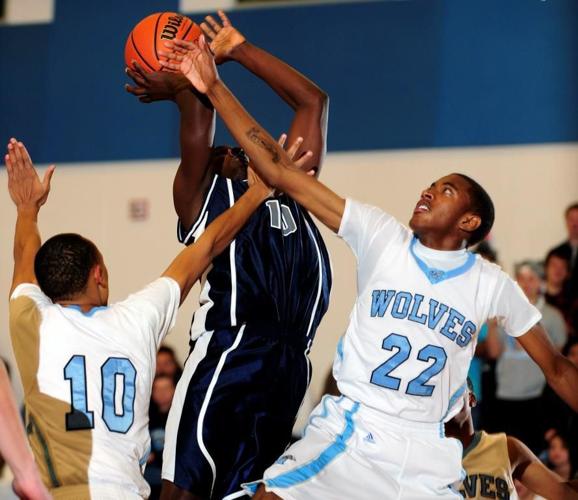 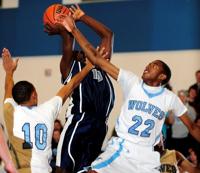 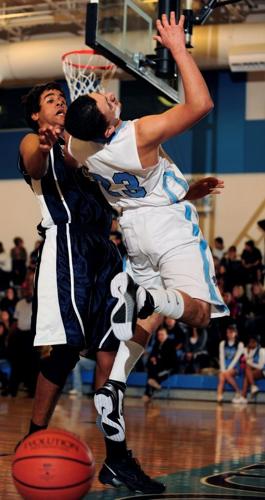 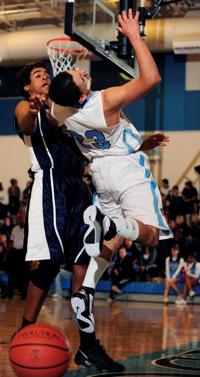 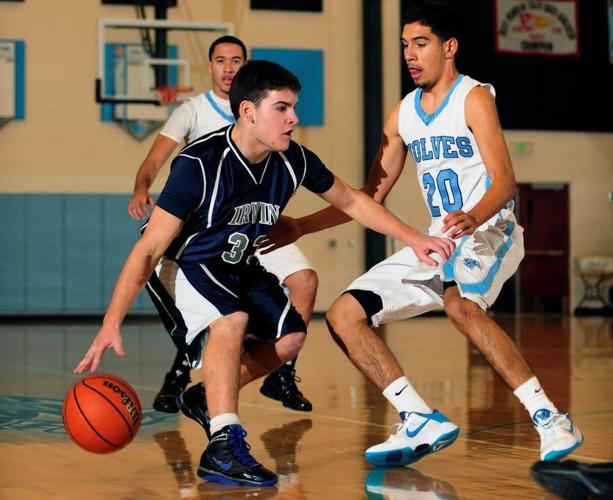 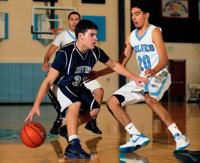 Vista Ridge created a blueprint on Wednesday night that it will hope to follow throughout the season.

Vista Ridge raced out to a 13-2 lead behind its half-court trap defense and increased the lead throughout the game, using its superior speed.

“We have to utilize our speed because we’re probably one of the smallest teams in our division,” said Vista Ridge guard Anthony Torres, who had a game-high 14 points and added four steals.

The Wolves double teamed the James Irwin guards and turned the 20 steals into most of the team’s points on the offensive end.

“We want to get steals, get out on the break and get easy baskets,” Vista Ridge coach Dick Castle said. “We used a couple different traps tonight; we used a half-court trap and then we used some full court ones as well.”

The young Jaguars just didn’t have an answer to the pressure for most of the game, as they continually got caught in the corners of the court and made errant passes.

James Irwin eventually figured it out for a small stretch in the second-quarter, and cut the lead to 34-21 at the half.

“We just couldn’t get the ball up court and we had some guys that were a little gun shy tonight,” James Irwin coach Joe Strange said. “Hopefully we can learn from this; but I liked that we didn’t give up and a few of my players came out of their shells a bit.”

Torres and the other four Vista Ridge starters were pulled in the middle of the third quarter and didn’t return as the lead swelled into the 30-point range. All 14 Wolves saw playing time.

“If one of us gets injured or we need one of the younger guys to step up, they’ll have some experience,” said Torres. “But it’s always a team effort with us.”

Patrick Jackson led the Jaguars with seven points, while Pierre Copeland came off the bench for Vista Ridge with six points and 10 rebounds.