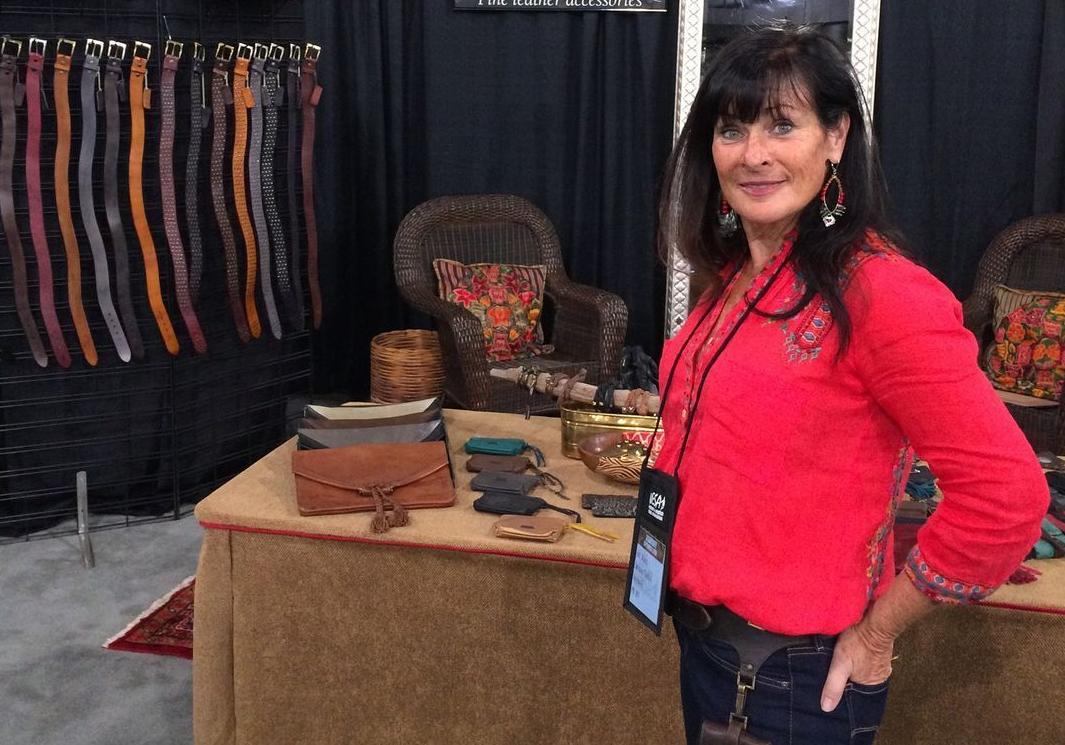 Jody Waters is depicted perfectly in this photo, her friend and employer Scott Schaefer said, because you can see her beautiful eyes. Waters was killed in the King Soopers shooting Monday, March 22, 2021. 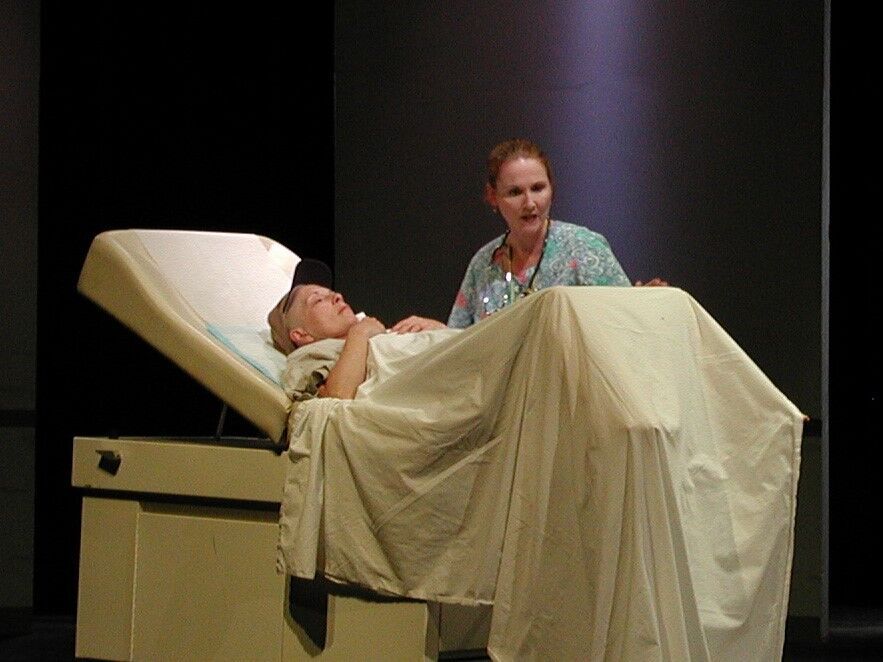 Suzanne Fountain, playing the part of a nurse here, was an award-winning member of the local theater community. Described as "fearless" and "a lovely human begin," Fountain was killed in the Boulder King Soopers on Tuesday afternoon. 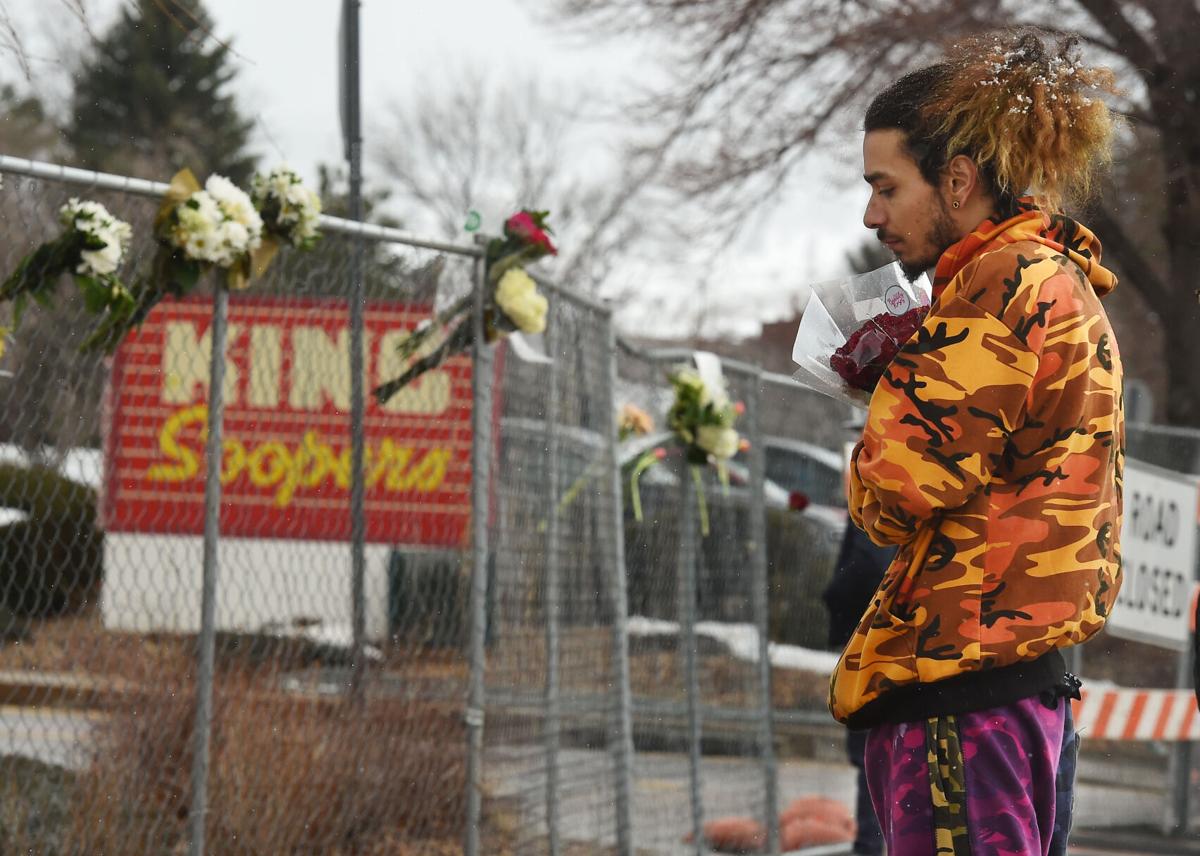 Jared Gallegos had been standing out for nearly an hour, clutching a bouquet of flowers to leave for his childhood friend, Rikki Olds on Tuesday, March 23, 2021. Rikki was shot and killed at the Boulder King Soopers on Monday. (Photo by Jerilee Bennett, The Gazette) 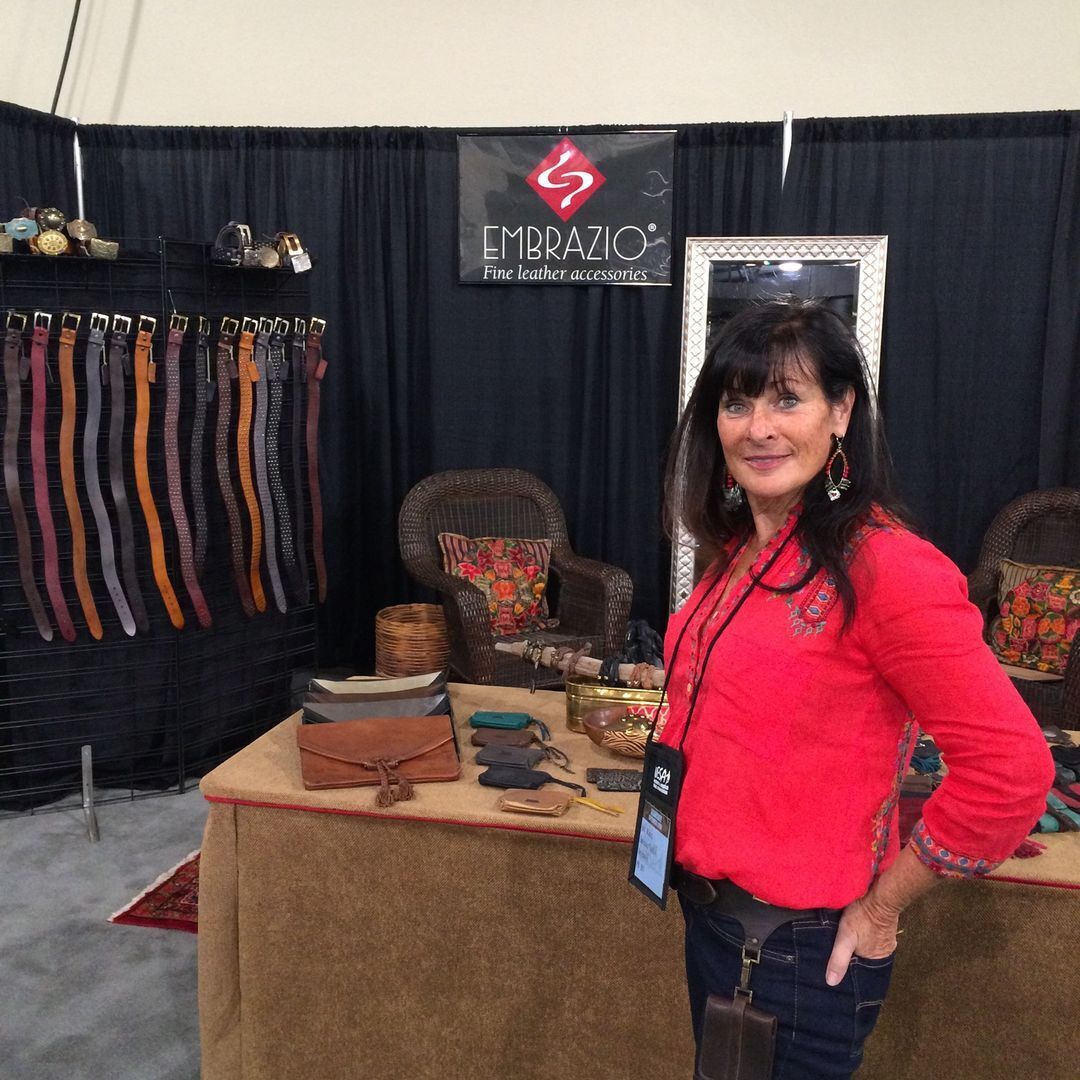 Jody Waters is depicted perfectly in this photo, her friend and employer Scott Schaefer said, because you can see her beautiful eyes. Waters was killed in the King Soopers shooting Monday, March 22, 2021.

Boulder residents were going about their days Monday — at work, picking up groceries, getting their COVID-19 vaccinations — when the “Happiest City in the U.S.” joined a far more tragic American list.

By the time police walked a bloody Ahmad Al Aliwi Alissa from the scene, his almost hour-long shooting rampage at a King Soopers grocery store had ended 10 lives, including that of a Boulder police officer.

Officer Eric Talley was one of the first officers to arrive at the scene at 3600 Table Mesa Drive.

Talley, 51, did not have a traditional path into law enforcement. He left a well-paying career in information technology to pursue a calling to protect his community.

Suzanne Fountain, who was an actor, remembered as a 'soulmate'

Full and continuing coverage of the Boulder shooting

"He's everything that policing deserves and needs," said Boulder Police Chief Maris Herold, holding back tears at a Tuesday morning news conference. "He cared about this community, he cared about BPD, he cared about his family. He was willing to die to protect others."

His father, Homer Talley, told 9News he wasn’t surprised that his son — a father of seven — was among the first to arrive on scene.

"I cannot explain how beautiful he was and what a devastating loss this is to so many," Talley's sister, Kirstin, wrote on Twitter. "Fly high my sweet brother.”

For Teri Leiker, 51, described on Facebook as a "bagger extraordinaire," the job was "her favorite thing to do," wrote her friend Lexi Knutson.

Knutson and Leiker were "buddies" together in a program that matched volunteers with people with developmental or intellectual disabilities, Knutson wrote on Instagram. The two talked "almost every week."

What to expect from the prosecution of the Boulder murder suspect

"Her shy friendship towards me turned into a sort of sisterhood. Teri and I were the dynamic duo of Best Buddies and in Boulder," Knutson wrote. "We frequently took Boulder by storm: the Sink, Pearl Street, CU sporting events, etc. Teri was a CU Boulder super fan."

"She was funny. Always going to remember her smile and her laugh. She used to laugh a lot," former coworker Allan Wooley told 9News. "That’s what I’m going to miss about her. Her smile made everybody feel good inside every day when she was working.”

Stong, 20, had only a couple of years’ tenure at the store, said his childhood friend Sebastian Aramendia.

On his Facebook page, Stong's profile picture is wrapped in a frame proclaiming: "I can't stay home, I am a grocery store worker." He and Aramendia had fallen out of touch in recent years, but they ran into each other at a fishing store recently. They exchanged numbers and planned to catch up soon.

Stong had been through a lot, his childhood friend said. But Stong was "working his a-- off" to save money to become a pilot, his friend said.

Stong’s coworker Rikki Olds was a 25-year-old manager who loved to spend time in the outdoors when she was off the clock.

The Centaurus High School graduate, who was born in Louisville and raised by her grandparents in Lafayette, was a “strong, independent young woman,” her uncle Bob Olds told CNN.

She was a front-end manager at the store where she was shot and killed Monday.

Olds’ friend, Jared Gallegos, of Lafayette, stood for more than an hour Tuesday in front of the chain link fence barricading the King Soopers, clutching a bouquet of mixed flowers.

“It’s hard to process,” he said, rocking on his feet. “She was my age, I went to high school and middle school with her. And now she’s gone. It’s so close to home.”

Shooting victim Jody Waters, 65, had told friends she wanted to open a boutique in Denver.

A mother and grandmother, she'd worked for Island Farm in Boulder, which is how she'd met Scott Schaefer, the co-founder of Embrazio in Boulder.

She'd been on Scott Schaefer's porch, sharing a cocktail, when she mused about her boutique.

"She was fun, that’s the best word," Schaefer said in an interview Tuesday afternoon. "She was bright and outgoing, and one of the reasons why we loved to have her with us at trade shows was because she would bring people over. She didn’t mind getting out on the floor and saying, 'Check out this Embrazio company.'"

Tralona Bartkowiak, better known as Lonna, moved to Colorado from California, and, more than a decade ago, teamed up with her "free spirit, music lover" sister, Lisa Noble, to sell clothing, designs and accessories for music festivals and similar events.

"Fueled by their passion for travel, music, and art, the two of them began selling clothing at music venues, festivals, and local fairs, and Umba came to be," the sisters wrote of their company Umba, which translates to sisters in Balinese and "the process of creation" in Swahili.

In a barrage of Facebook posts, friends described her as sweet, "super loved" and "the light of my life."

"The last time I saw her was early March around my birthday with my daughter," Makaysha Rain wrote. "We were the only ones in the shop and she greeted us (with) her Huge smile and kind words. We talked for a while and she told me, ‘We made it through the pandemic and we’re still here!’ "

Lynn Murray, 62, had been shopping at King Soopers, where she was seen by a friend’s daughter. News of the shooting made it to Murray’s husband, John Mackenzie, who drove to the store and started texting his wife.

After getting no answer in about five minutes, “I just fell over in my chair,” John Mackenzie said, choking up.

Murray had a long career taking photos for magazines including Cosmopolitan and Vogue, Mackenzie said.

“She charmed the pants off me” when they met at a photography studio in New York City years ago, he said. “She’s the kindest person I ever knew, hands down. She had an aura about her that was the coolest freakin’ thing you’d ever want to know. She was just a cool chick.”

One of Suzanne Fountain’s best friends says she was the kind of person who almost certainly died saving others’ lives.

In fact, “I wouldn’t be surprised if she was confronting the ... who did this, to be honest with you,” said Martha Harmon Pardee. “She was fearless and funny and giving and just a salt-of-the-Earth person.”

Erika Mahoney recalled her father's participation in her wedding.

"I am heartbroken to announce that my Dad, my hero, Kevin Mahoney, was killed in the King Soopers shooting in my hometown of Boulder, CO," she tweeted. "My dad represents all things Love. I'm so thankful he could walk me down the aisle last summer."

“I am now pregnant. I know he wants me to be strong for his granddaughter,” wrote Mahoney, a news director at KAZU public radio in the Monterey area of California. Kevin Mahoney was 61.

Neven Stanisic’s family fled war-torn Bosnia in the 1990s, Iva Petrovic, the wife of the pastor at their Denver-area church told the Washington Post. They left “everything” behind, she said, Serbian refugees seeking a safe life in the United States. Monday’s shooting brought a whole new world of loss.

Stanisic, 23, started working as a teenager, helping to support his family, she said. On Monday he was fixing the coffee machines inside King Soopers and just leaving in his truck when the violence unfolded. Stanisic’s family tried to find him — but they couldn’t get anywhere near the scene of the shooting, Petrovic said. They called Petrovic and her husband about 3 a.m., crying, to share the terrible news, she said: Neven was among the dead.

The Boulder community came together and showed its support Tuesday for the victims of the mass shooting Monday, March 22, 2021, when a gunman …

A gunman killed 10 people, including a police officer, at a King Soopers grocery store in Boulder on Monday afternoon, March 22, 2021, plungin…