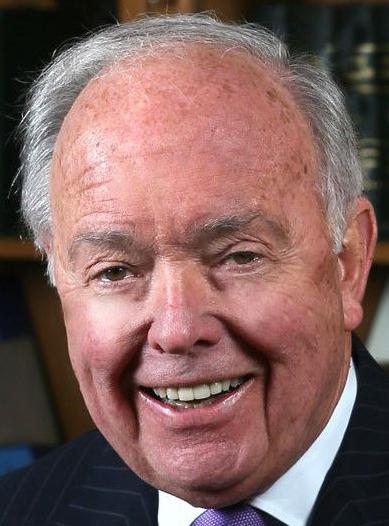 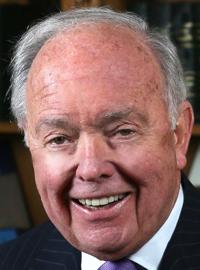 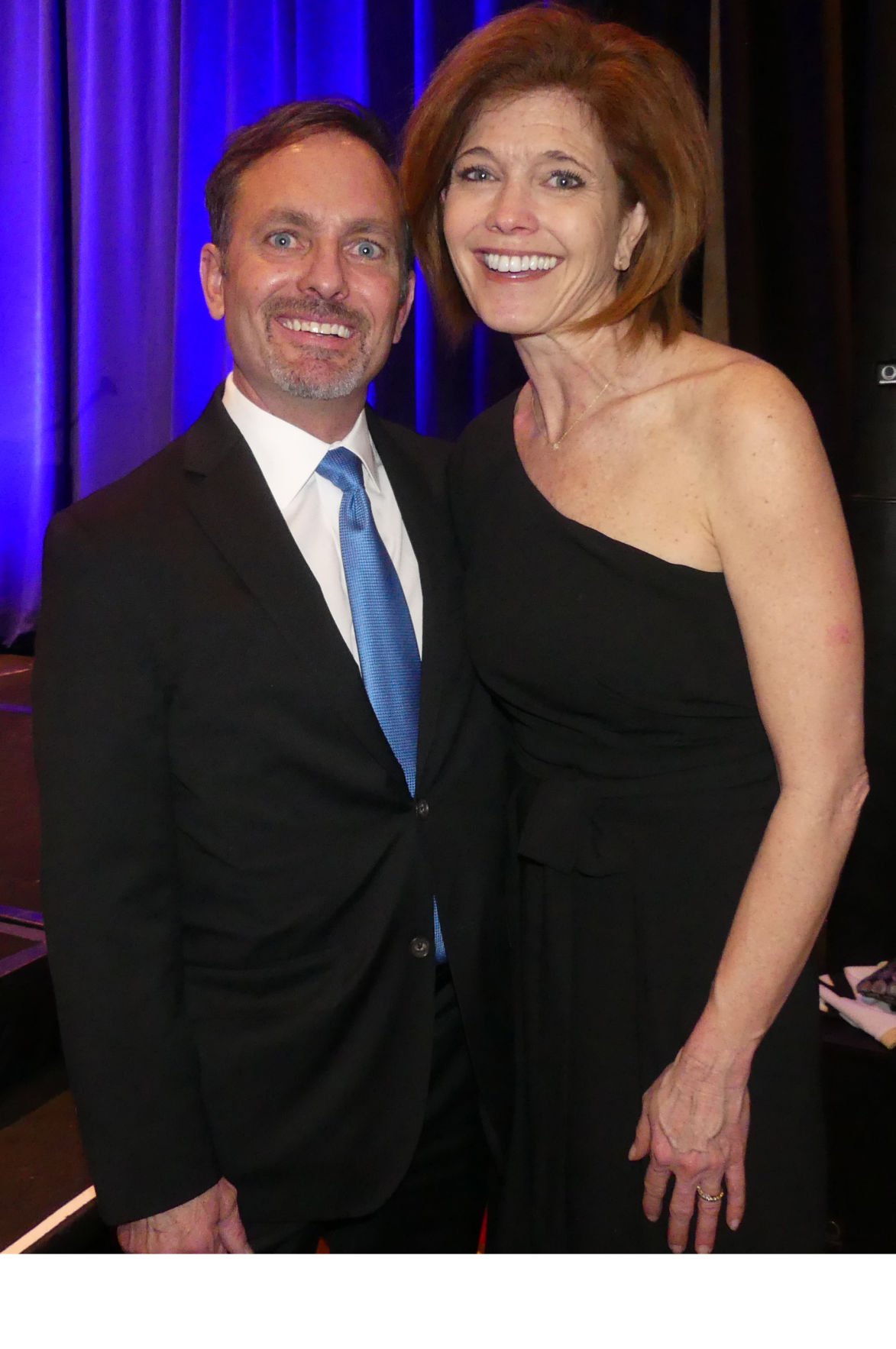 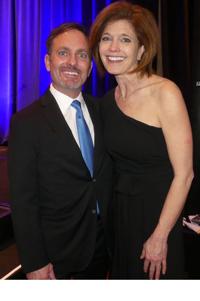 Cheyenne Village Roast of Pam Shockley-Zalabak: Kyle and Sally Hybl will be roasted at the annual event in 2020. 021619 Photo by Linda Navarro 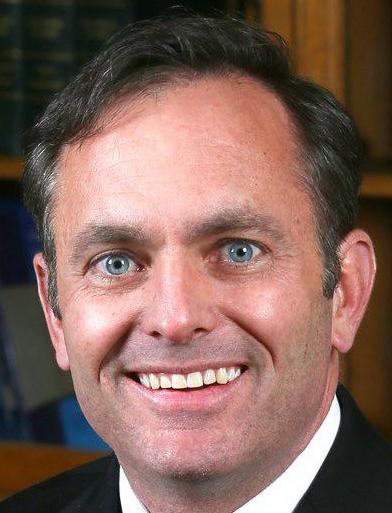 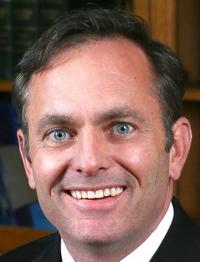 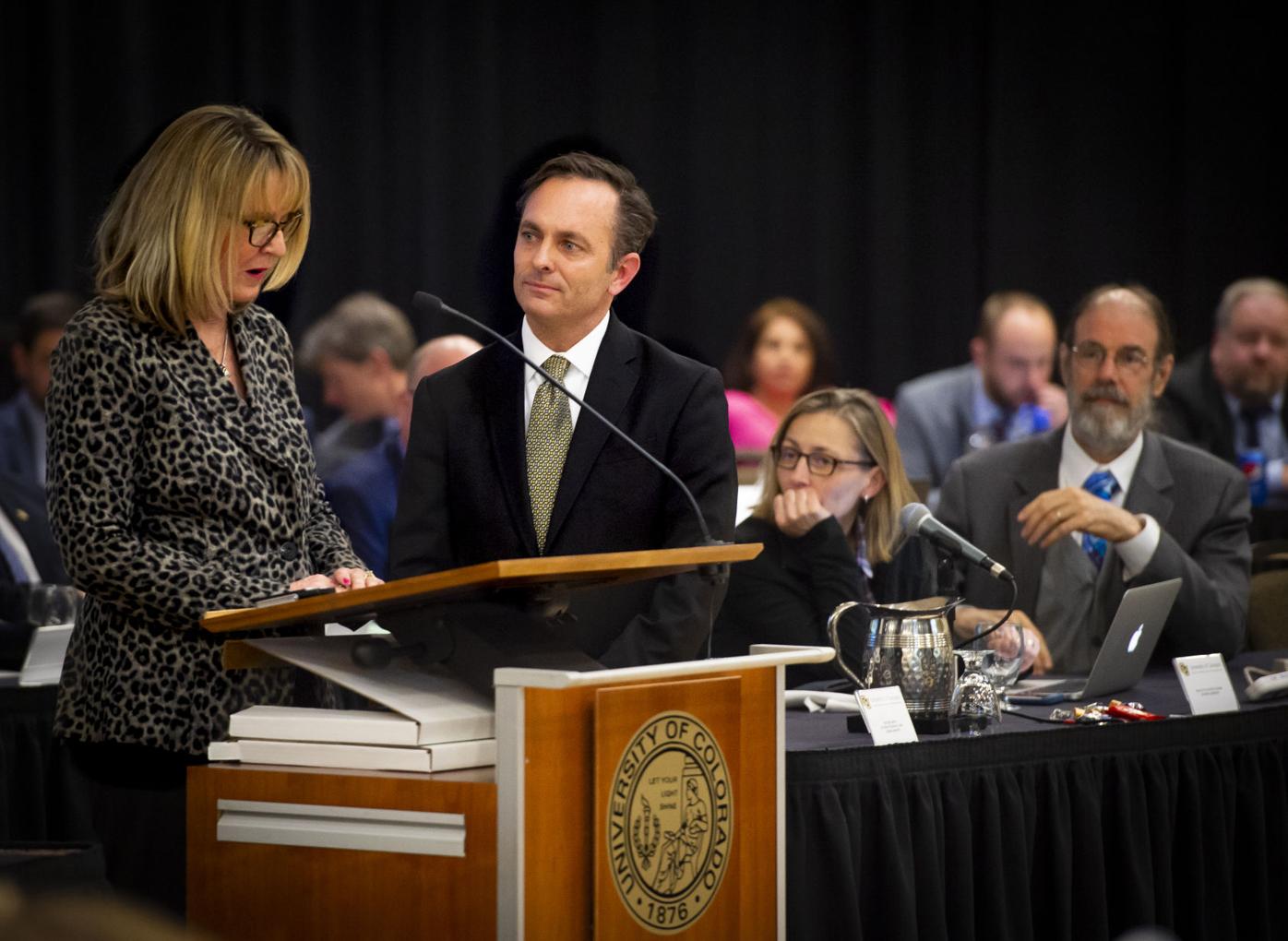 Board of Regents member Kyle Hybl listens Friday as CU Board of Regents chair Sue Sharkey acknowledges his accomplishments while serving for the past 12 years of serving on the University of Colorado’s Board of Regents at Berger Hall at the UCCS campus on Friday November 9, 2018 in Colorado Springs.

Cheyenne Village Roast of Pam Shockley-Zalabak: Kyle and Sally Hybl will be roasted at the annual event in 2020. 021619 Photo by Linda Navarro

Board of Regents member Kyle Hybl listens Friday as CU Board of Regents chair Sue Sharkey acknowledges his accomplishments while serving for the past 12 years of serving on the University of Colorado’s Board of Regents at Berger Hall at the UCCS campus on Friday November 9, 2018 in Colorado Springs.

Bill Hybl is stepping down as CEO of El Pomar Foundation, one of the largest charitable donors in Colorado with nearly $600 million in assets, and will be replaced by his son, Kyle Hybl.

The leadership change — the foundation’s first in 46 years — takes effect Friday. El Pomar is the major donor to many projects in Colorado Springs, from hospitals, colleges and arts organizations to social service groups and economic development projects. The foundation makes grant annually totaling more than $22 million across the state.

Bill Hybl, 76, will remain as chairman of El Pomar after leading the foundation since 1973, when he was hired as vice president and executive director. He has overseen more than $500 million in grants, the largest of which — $32 million — enabled construction of The Broadmoor World Arena, and played a key role in selling a majority interest in The Broadmoor hotel in 1988 to Oklahoma Publishing Co.

He also has transformed El Pomar from a foundation that mostly financed capital projects to a nonprofit leader that trains future nonprofit executives through its fellowship program and other training initiatives for nonprofits, and he engineered the purchase of the historic El Pomar Center, the former home of foundation founders Spencer and Julie Penrose, to become a free conference center for nonprofits and government agencies.

Under Hybl, El Pomar also has launched an awards program honoring the state’s top nonprofits, a military affairs program, a civic program that sponsors debates, lectures and seminars and created 11 regional councils to help the foundation target the most needed projects across Colorado.

Other key grants under Hybl include $10.2 million to Colorado College in 2007 for its El Pomar Sports Center, $10 million to the U.S. Olympic Museum pledged over five years in 2014, $4 million to help the Focus on the Family Christian ministry move its headquarters to Colorado Springs from California, $3 million to rescue an incentive deal to keep the U.S. Olympic Committee headquarters in Colorado Springs. The foundation also made smaller grants under Hybl to help Junior Achievement move its headquarters to the Springs and to help the Center for Creative Leadership to build a local campus.

“I can’t imagine a foundation that has done a better job of carrying out its founder’s vision than El Pomar. And Bill Hybl has been the face of that foundation.”

Bill Hybl joined El Pomar after he was elected to the Colorado House of Representatives in 1972. He was special counsel to President Ronald Reagan in 1981, and President George W. Bush appointed him in 2001 as U.S. representative to the 56th General Assembly of the United Nations. He also was chairman of the International Foundation for Electoral Systems from 2003-2009. He twice served as president of the U.S. Olympic Committee, was on the International Olympic Committee from 2000-2002 and continues as chairman of the U.S. Olympic Endowment.

“We are excited about the next generation of leaders at El Pomar,” Foundation Vice Chairman William Ward said in a news release. “The Board of Trustees and El Pomar staff wish to extend our deepest gratitude to Bill Hybl, who has led El Pomar with poise and passion since joining the Foundation 45 years ago.”

Kyle Hybl also is chairman of the Police Foundation of Colorado Springs and corporate secretary for Junior Achievement USA. Additionally, he serves on the boards of the American Council of Young Political Leaders, the Broadmoor World Arena, the Denver-based human resources nonprofit Employers Council, the Exponential Impact technology accelerator and the National Cybersecurity Center.

“I am very honored by this decision of the Board of Trustees and am grateful for the opportunity to lead El Pomar Foundation as it continues to build upon Spencer and Julie Penrose’s legacy of philanthropy,” Kyle Hybl said in an email statement. “I look forward to helping steward the Foundation’s continued contributions to the people of Colorado.”

Broadmoor founder Spencer Penrose and his wife, Julie Penrose, started El Pomar in 1937 with a gift of $21 million and took ownership of the iconic hotel after his death two years later. She died in 1956. Besides making grants, the foundation operates the historic Penrose House as a free conference center for nonprofits and government agencies.

Take a tour of the Penrose House: Luxury reigns at historic home of city's early leaders in southwest Colorado Springs

Carpenter joined El Pomar in 1999 as part of its fellowship program. He has been promoted several times and now supervises the grants program. He is an Air Force Academy graduate with a degree in political science and a master’s degree in public administration from the University of Colorado at Colorado Springs.

Other promotions and staff additions at El Pomar are:

• Devanie Helman was promoted to vice president of the fellowship program and is the senior staff member for El Pomar’s north region. She joined the foundation in 2012 as part of its fellowship program. She has a bachelor’s degree in sociology and psychology from the University of Denver and a master’s degree in education policy from Stanford University.

• Dave Miller was promoted to associate vice president and supervises information technology operations. He joined El Pomar in 2015 as a contract employee and was hired full time in 2016.

• Kaitlin Johnson was promoted to associate vice president. She is deputy director of the regional partnerships program and is the senior staff member for the foundation’s high country and central peaks regions. She joined El Pomar in 2015 as part of its fellowship program.

• Julia Lawton was named communications director after spending nearly three years on loan to the U.S. Olympic Museum. She started with El Pomar in 2015 as part of its fellowship program.

• Diane Riggenbach was hired as an investment specialist after working 13 years with UBS Financial Services.

• Samantha Kroll was hired as assistant curator of the Penrose Heritage Museum after completing a degree in anthropology and museum studies at UCCS.

Starting this fall, kids blasting off for space at the Challenger Learning Center of Colorado in Colorado Springs will do so from a galaxy-siz…