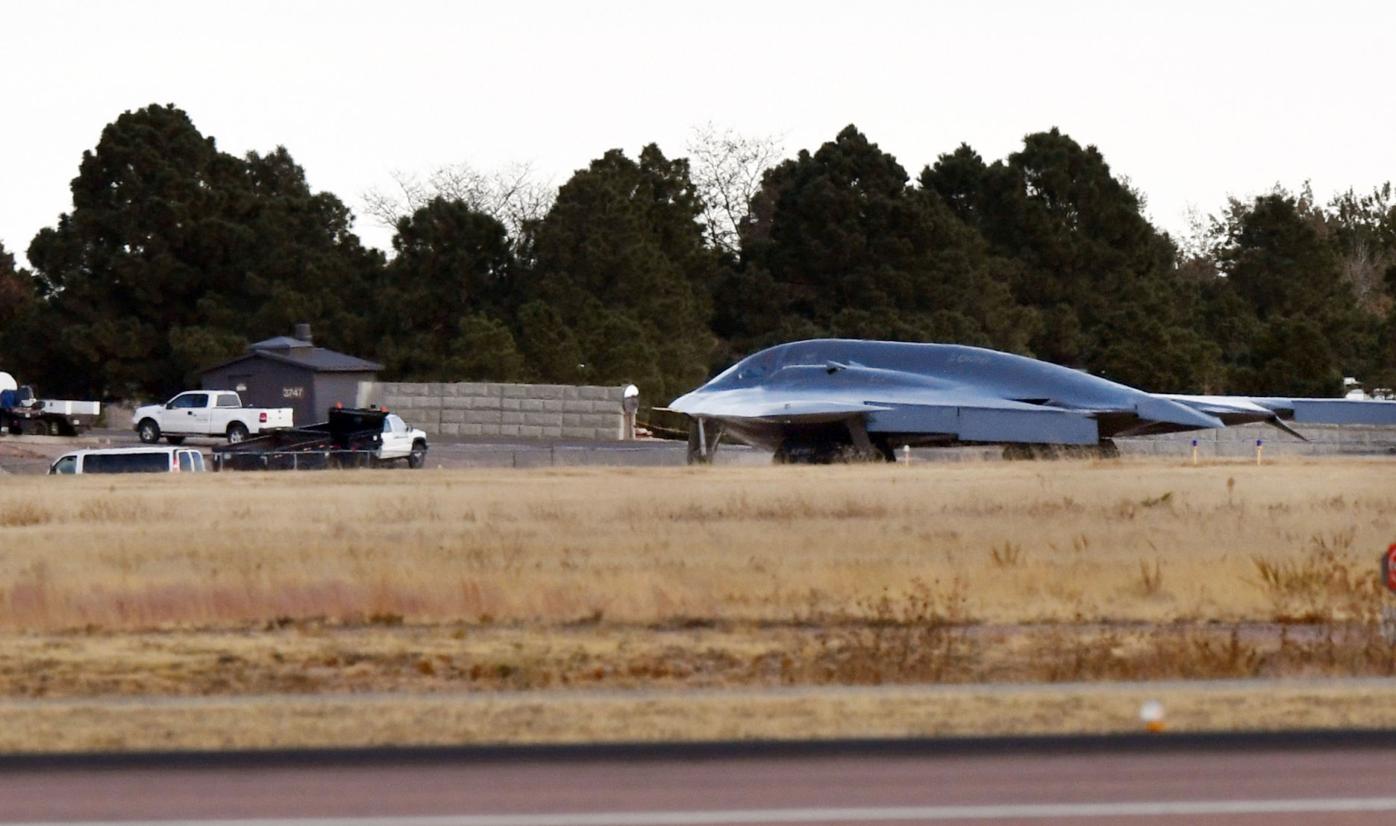 The B-2 Spirit stealth bomber made an emergency landing early Tuesday at Peterson Air Force Base. 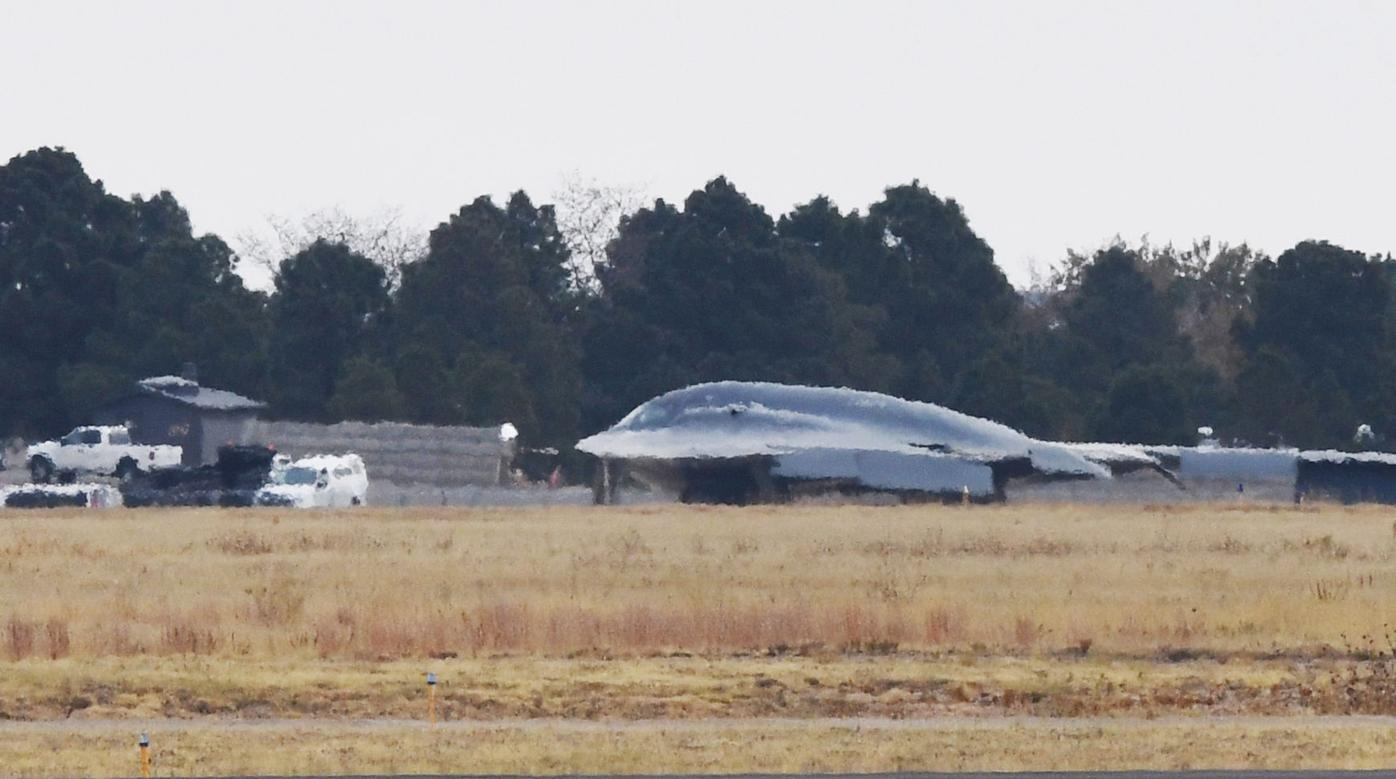 Looking through the heat waves on the tarmac, a B-2 Stealth Bomber can be seen at Peterson Air Force Base where it made an emergency landing on Monday night. (Photo by Jerilee Bennett, The Gazette)

The B-2 Spirit stealth bomber made an emergency landing early Tuesday at Peterson Air Force Base.

Looking through the heat waves on the tarmac, a B-2 Stealth Bomber can be seen at Peterson Air Force Base where it made an emergency landing on Monday night. (Photo by Jerilee Bennett, The Gazette)

Investigators are trying to determine why a B-2 Spirit stealth bomber had to make an emergency landing at Peterson Air Force Base early Tuesday.

The crew of the $750 million plane, which is nearly invisible to radar, declared an in-flight emergency and landed in Colorado Springs just after 4 a.m. The two officers flying it were unhurt, according to the 509th Bomb Wing at Whiteman Air Force Base, Mo., home of the B-2s.

“Our aviators are extremely skilled; they’re trained to handle a wide variety of in-flight emergencies in one of the world’s most advanced aircraft and they perfectly demonstrated that today,” Brig. Gen. John J. Nichols, 509th Bomb Wing commander, said in an email.

The emergency landing triggered a full call-out of Peterson’s crash and fire crews. They weren’t needed.

But the Air Force isn’t saying what drove the crew to declare an emergency.

“The exact cause of the in-flight emergency is under investigation,” the Air Force said in a news release.

On the flight line at Peterson on Tuesday, the B-2 was parked with its flaps fully deployed. The plane lacks a tail, and with the flying wing design uses spoilers near the wing tips to control itself in the air. The flaps can be used to slow the plane and to increase lift for landing and takeoff. Flight controls for the B-2, which is powered by four jet engines, are run through a set of computers.

Whiteman’s 509th Bomb Wing is best known for dropping a pair of atomic bombs on Japan to end World War II. While existence of the stealth bomber has been known since the 1980s, the military still shrouds the planes in a veil of secrecy.

Having a B-2 in Colorado Springs skies isn’t a rarity. The bombers frequently have been featured in pregame fly-overs at the Air Force Academy’s Falcon Stadium.

The Falcons host the Boise State Broncos on Saturday, but the academy wasn’t expecting a B-2 for a fly-over, a spokesman said.

The B-2 has replaced the B-52 as America’s premier bomber. Originally designed to pack nuclear weapons, it received post-Cold War upgrades that allow it to carry a full selection of conventional bombs and cruise missiles.

The end of the Cold War also curtailed plans to construct a large fleet of the stealth bombers. Only 21 were built, and with one destroyed in a 2008 crash at Anderson Air Force Base in Guam, the plane at Peterson is one of 20 left.

The B-2 will be joined in the Air Force inventory by a new stealth bomber. The B-21 Raider is to be built by Northrop Grumman, with 200 of the $550 million planes expected to be constructed.

The new bomber remains in the early phases of design and construction.

The relatively new Criminal Justice Coordinating Council will unveil its proposed action plan for the Pikes Peak region from 5 to 6:30 p.m. Tu…