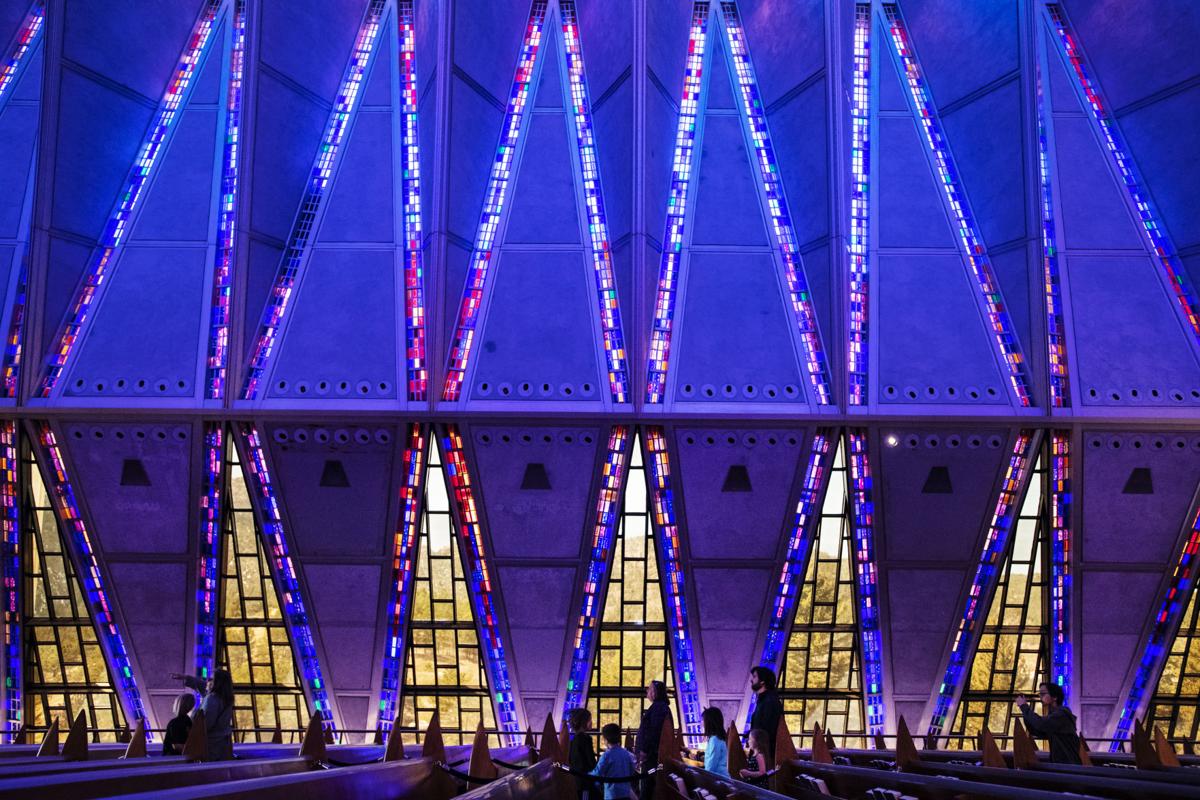 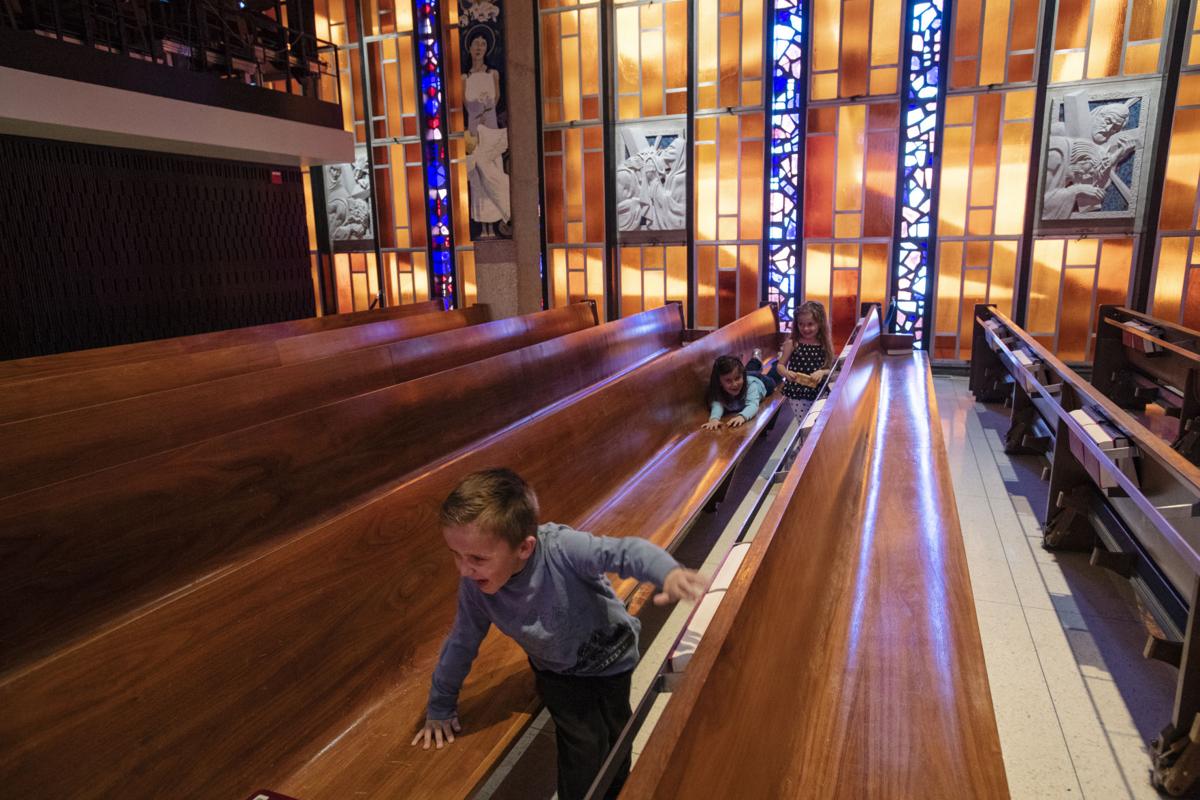 Levi Leymaster, 4, left, runs through the pews as his sister Bella, 7, lies on top of one with friend Sophee Pape, 5, in the Catholic Cadet Chapel at the Air Force Academy .

Levi Leymaster, 4, left, runs through the pews as his sister Bella, 7, lies on top of one with friend Sophee Pape, 5, in the Catholic Cadet Chapel at the Air Force Academy .

After announcing in March that a major renovation of the Air Force Academy’s Cadet Chapel would be delayed indefinitely, the Air Force has awarded a $158 million contract to complete the project by Nov. 1, 2022.

The renovation was canceled after its initial funding — $68 million — was reallocated to repair damage from Hurricane Michael last October at Tyndall Air Force Base in Florida. Then-Air Force Secretary Heather Wilson had pleaded for money to rebuild the base — all of its 700 buildings were damaged and about a third were destroyed. The Category 5 storm also ripped roofs off airplane hangars tossed around vehicles and flipped a fighter jet that had been on display.

The Air Force estimated repairing the Florida base would cost more than $3 billion, and Wilson chose to cancel 61 projects at other bases to get started on the work while waiting on Congress to approve additional funding.

The Cadet Chapel was among the most prominent of the projects Wilson postponed, but other work in Colorado also was affected.

At Cheyenne Mountain Air Force Station, work on air intake valves to the underground command post was put on hold, as was air conditioning work on a satellite control facility at Buckley Air Force Base in Aurora. A demolition project at Peterson Air Force Base also was delayed.

The academy’s chapel has leaked in rainy weather since it opened in 1962. The leaks are due to a cost-cutting decision during the Kennedy administration that saw an elaborate system of gaskets designed to seal its aluminum skin replaced by cheaper caulking.

The contract to renovate the chapel was awarded to JE Dunn Construction of Kansas City, Mo., the U.S. Department of Defense said Wednesday on its website. The project includes repairing the building envelope; protecting exposed facility interiors and artifacts; abating and disposing of hazardous materials; cleaning, replicating and replacing the historic colored glass; replacing interior lighting and controls; installing a new fire protection system; and other safety upgrades.

Preparatory work is expected to begin in November, said academy spokesman Michael Kucharek. The chapel remains open now but will close for the renovation.

Money for the project is coming from the Air Force’s operations and maintenance fund for fiscal year 2019. The amount allocated in the contract is more than twice the initial budget for the project.

Kucharek said Congress passed a supplemental appropriations bill that provided 14.2 billion for disasters that allowed the Air Force to restore funding for the Cadet Chapel and 60 other projects that had been deferred to repair Tyndal Air Force Base.

The increase in the cost, he said, is due to higher materials cost, especially for the aluminium panels required for the roof, and higher labor costs.

The academy estimates that 500,000 tourists annually visit the iconic chapel, recognizable for its soaring stained glass and 150-foot spires.

A woman was killed and two men were wounded, one critically, in a shooting early Saturday outside a north Colorado Springs nightclub, police said.