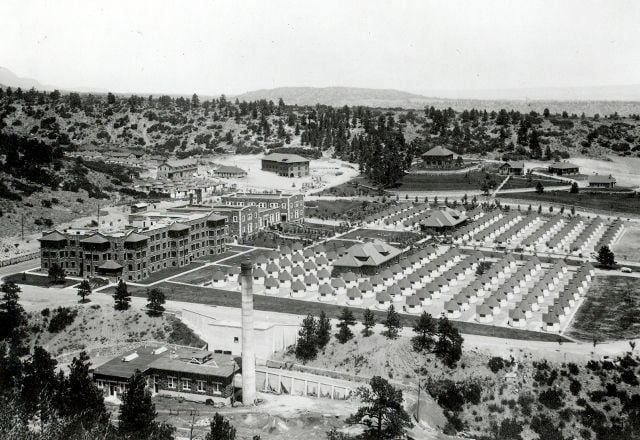 The Woodmen Sanitorium was established by Modern Woodmen of America, an insurance company, where modern-day Mount St. Francis is located. The insurance company thought it would be less expensive to treat TB patients at its own expense than to pay their claims. Photo by COURTESY COLORADO SPRINGS PIONEERS MUSEUM 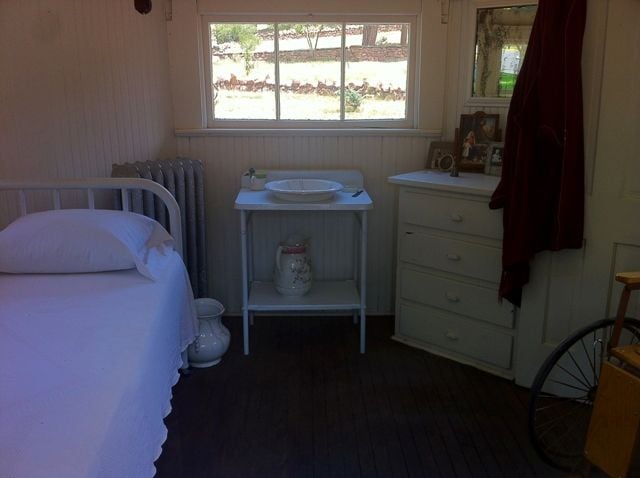 An inside view of the restored TB hut at Mount St. Francis. (Nathan Vail, The Gazette) Photo by 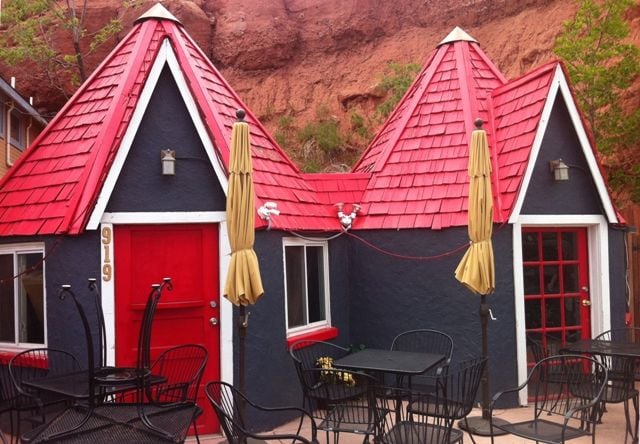 TB huts used as storage sheds in Manitou Springs, across from the arcade. (Nathan Vail, The Gazette) Photo by

The Woodmen Sanitorium was established by Modern Woodmen of America, an insurance company, where modern-day Mount St. Francis is located. The insurance company thought it would be less expensive to treat TB patients at its own expense than to pay their claims. Photo by COURTESY COLORADO SPRINGS PIONEERS MUSEUM

An inside view of the restored TB hut at Mount St. Francis. (Nathan Vail, The Gazette) Photo by

TB huts used as storage sheds in Manitou Springs, across from the arcade. (Nathan Vail, The Gazette) Photo by

Before the high-tech sector, before tourism, and before the military boom, Colorado Springs had tuberculosis.

Tuberculosis, or consumption as it was once known, is an infectious disease that commonly targets the lungs and was one of the most urgent health problems of the 20th century. Victims of the disease are often subject to coughing, weight loss, fever and loss of appetite.

You have probably seen the evidence in parks and museums: small, charming huts built in the style of an enclosed gazebo. The huts, octagonal in shape, were steam-heated and kept open except in very cold weather.

They were designed by Charles Fox Gardiner, based on the concept of the teepee because it maximized fresh air. Tuberculosis patients needed a place to recover without getting others sick, and the huts were designed with ventilation in mind so TB germs didn’t hang in the still air.

These little huts built this city in the 20th century.

“Tuberculosis treatment was our industry. Other than the military, I don’t think there was a bigger economic driver in Colorado Springs,” said Matt Mayberry, director of the Colorado Springs Pioneers Museum.

Many of the huts have disappeared or have fallen into a state of neglect in people’s backyards, while others have been restored and placed in front of museums and parks. At the industry’s peak, there were 17 sanatoriums in the Pikes Peak region, each with dozens of huts; but now there are only a handful.

Although first founded on the hope of being a resort town high in the mountains, the popularization of Colorado Springs as a healing town came at a crucial time, when the gold rush was waning in the 1870s. The dry air, nearly year-round sunshine and high altitude attracted people suffering from tuberculosis.

Initially, the treatment was called “chasing the cure.” If the doctor told you that you had consumption, you would have to go “seek a cure.” The concept was that the sick escaped the east and lived a rigorous life. Colorado Springs had hundreds of people coming within the first decade to pitch tents where they could be in the city to begin treatment.

“Theodore Roosevelt is a famous example,” said Mayberry. “Although he didn’t go to the Springs, he traveled westward to become healthier.”

Even the name Colorado Springs is a marketing pitch to attract people to the idea of “healthy water.”

Many of the travelers “fell in love with Colorado Springs, and many of them stayed,” said Sister Stephanie McReynolds, archivist for the Sisters at Mount St. Francis. Mount St. Francis shares the location of the historic Woodmen Sanatorium.

The turn of the century ushered in the strict regiment of what would be called “managed care,” during which living in TB huts became popular.

“Usually when the patient checked in to a sanatorium they were under the care of the medical staff. They lived by a very regimented lifestyle, which is very different from the rigorous lifestyle popularized in the 1870s,” said Mayberry. After the patient’s health improved, he or she would live in a TB hut to be in the fresh air.

Now, “Tuberculosis has changed and so has the treatment. The rise of our connection to the military is related to the demise of the sanatorium movement. The antibiotics developed in World War II helped people recover from the disease,” said Mayberry.

“Now you have people who come to Colorado Springs because of asthma, and I’m one of them. We’re still a very healthy society and that is part of our legacy.”

Many of the city’s landmarks and locations owe their legacy to tuberculosis treatment. In 1890, Glockner Tuberculosis Sanatorium was founded. You can’t find it today, except in the form of its successor, Penrose Hospital. And the huts that were stationed by Woodmen Road — named for Woodmen Sanatorium — had a 75 percent recovery rate.

“The Woodmen Sanatorium was established by the Modern Woodmen of America, an insurance company,” said McReynolds. “They gave free TB treatment to their members because the insurance company determined that treatment would be less expensive than having to pay claims.”

Woodmen Sanatorium was the largest in the Pikes Peak region. From 1909 to 1947, the sanatorium served 12,000 patients.

However, after penicillin became readily available, the practice of sanatoriums declined. Woodmen Sanatorium closed in 1947.

“When the Woodmen Sanatorium closed in the late ’40s, the huts were sold off and ended up becoming toy houses and tool sheds in people’s yards,” said Mayberry.

You might even have a piece of history in your own backyard.

Many of the restored huts are kept locked to prevent people from entering.

To explore the legacy, there are several TB huts in town that you can find:

• Penrose Hospital has one at the Margery Reed Memorial Park by Cascade Avenue and Jackson Street.

• A hut from Woodmen Sanatorium is at Mount St. Francis, 7665 Assisi Heights.

• One has been converted into a small visitor center at Rock Ledge Ranch, 3202 Chambers Way.

• Two huts have been cleverly converted into storage sheds in Manitou Springs, across from the arcade.

• And the Pioneers Museum has one on permanent display, 215 S. Tejon St.