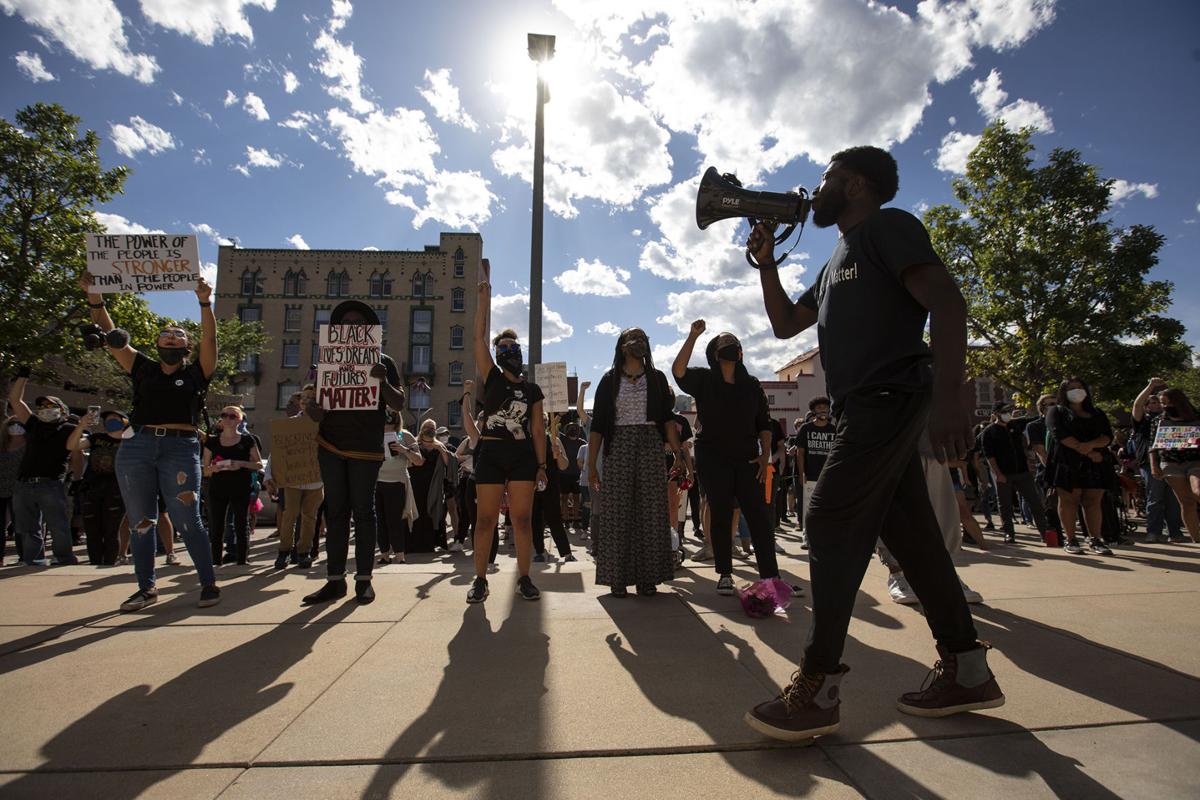 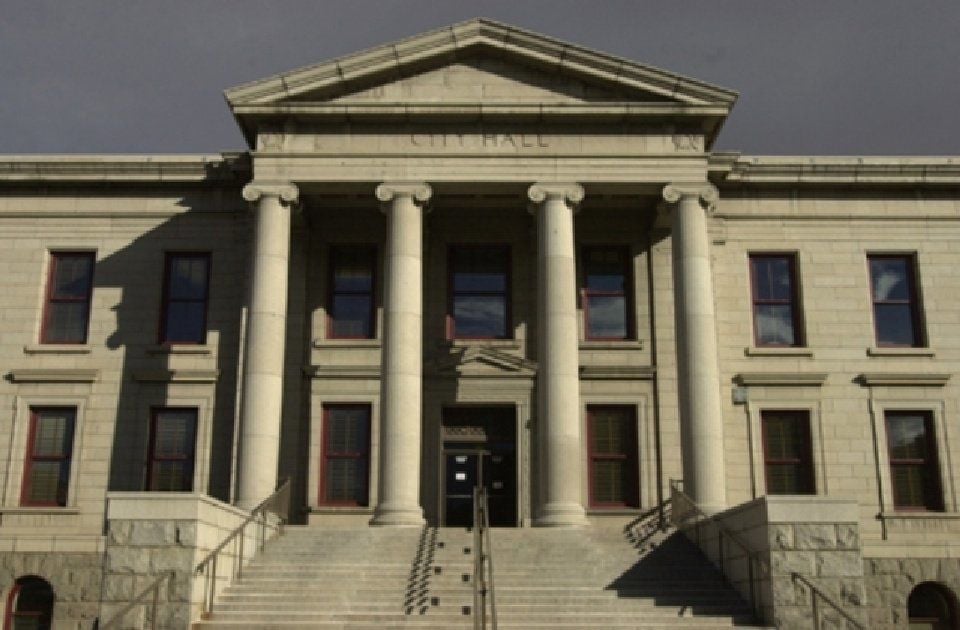 A group of 25-30 protesters gathered in the plaza near city hall around 7:20 p.m. and created a physical barricade.

A few of the protesters threw glass bottles and yelled at drivers trying to pass through the intersection, according to police.

Steven Eric is the pseudonym of a Colorado Springs police officer who was accused of calling for protesters to be killed in a Facebook comment. The comment is under investigation by Internal Affairs, according to a Gazette report in early July.

The KRDO video also showed about a dozen officers wearing helmets gathered near the protesters and half a dozen police cars at the intersection.

Police arrived around 8:10 p.m. and ordered protesters to get out of the road. After 10 minutes police arrested two men and three women — the protesters did not resist the arrest, according to police.

The five people taken into custody were arrested on suspicion of obstructing a highway and were brought to the El Paso County jail. Their names have not been released.

Man arrested in connection with stabbing near downtown Colorado Springs

Colorado Springs Police arrested a man suspected of stabbing a woman in the 800 block of North Weber Street late Tuesday night, according to p…