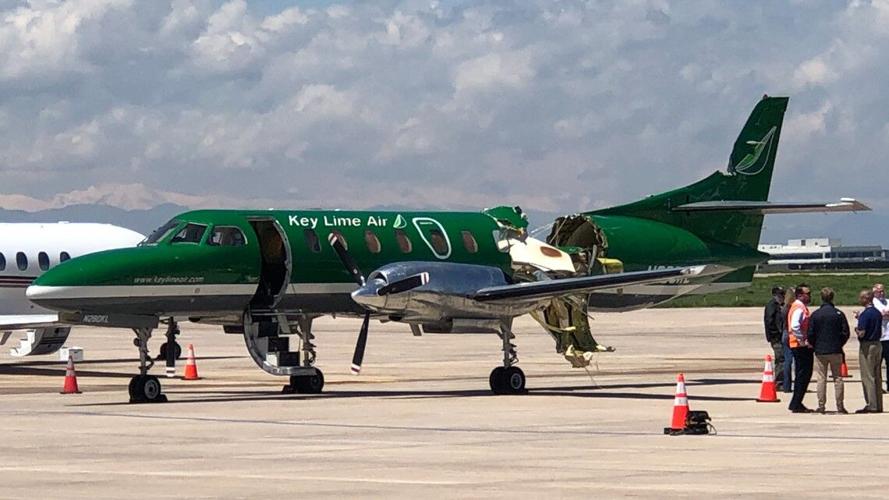 A Swearingen Metroliner SA226TC landed at Centennial Airport after a midair collision Wednesday, May 12, 2021. 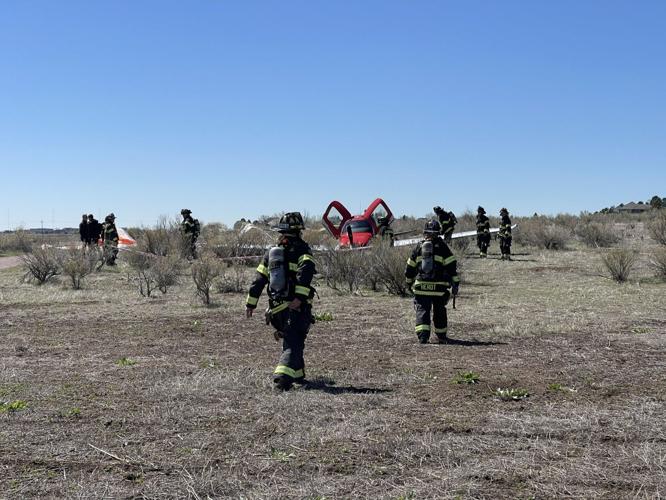 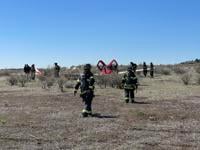 A Federal Aviation Administration spokesman said a Cirrus SR-22 with two occupants and a Swearingen Metroliner SA226TC with one occupant collided about four miles north of Centennial Airport about 10:25 a.m.

The National Transportation Safety Board said it appears the collision happened as both planes were in the process of landing.

The pilot of the Cirrus deployed the plane’s parachute and crashed in the park near East Belleview Avenue and South Peoria Street.

There were no fires or fuel spills, the Arapahoe County Sheriff's Office said, and both people onboard walked away from the crash without suffering any injuries.

The pilot of the Swearingen was able to safely land at Centennial Airport. No one on board was injured.

"This was amazing," said John Bartmann, a spokesman for the sheriff's office. "We've had several plane crashes in our jurisdiction, never have we seen a parachute deploy and bring the plane down safely."

The FAA and NTSB will investigate the cause of the collision.

In a 17-month period from February 2017 to May 2018, there were three deadly crashes with Colorado connections involving a Cirrus SR22 airplanes.

In February 2017, air traffic controllers lost contact with a small plane in bad weather before it crashed in eastern Nevada, killing a couple from Moffat County.

The NTSB said the pilot, 72-year-old Phillip Bethell, was flying from Craig to Twin Falls, Idaho, on Feb. 15, 2017, in a Cirrus SR22 when he diverted toward Ely near the Utah line.

In September 2017, a Cirrus SR22 with a Fort Collins family of four aboard crashed about 10 miles north of Glenwood Springs. The man, woman and 10-year-old twins were killed.

The NTSB determined the crash was caused by the pilot’s decision to fly into weather conditions that he was not rated to handle and his lack of pre-takeoff planning.

And in May 2018, 67-year-old Robert Marquis died shortly after taking off from Centennial Airport in difficult weather conditions.

The NTSB said Marquis probably lost control of the Cirrus SR22 just after takeoff on May 11, 2018.

Marquis, a Grand Junction veterinarian and volunteer member of the Mesa County Search and Rescue Team, was the only person aboard the plane and died in the crash.

Marquis was traveling to meet his family for an event in another part of the state.

On the morning of March 3, 1991, a United Airlines jet approaching the Colorado Springs Airport after a brief flight from Denver crashed in Wi…