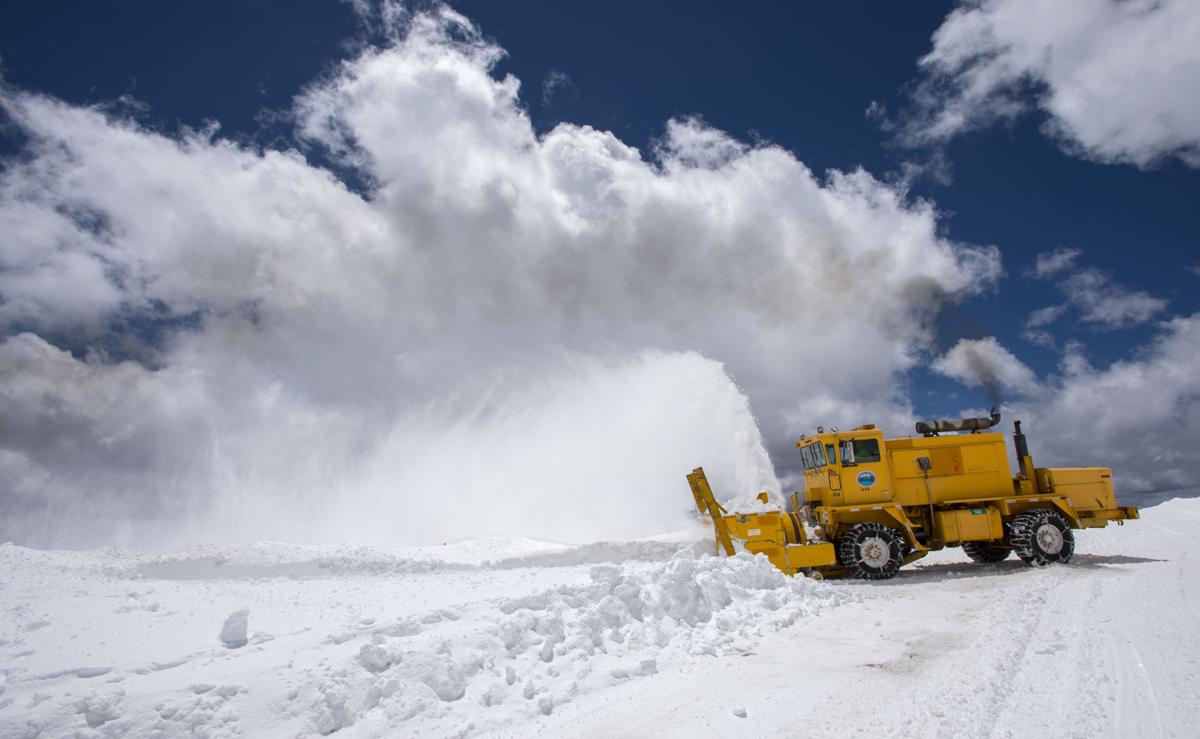 A snowblower tries to clear a path to the water tank on the summit of Pikes Peak in this Gazette file photo. The mountain could see 12-18 inches of snow Thursday and Friday. 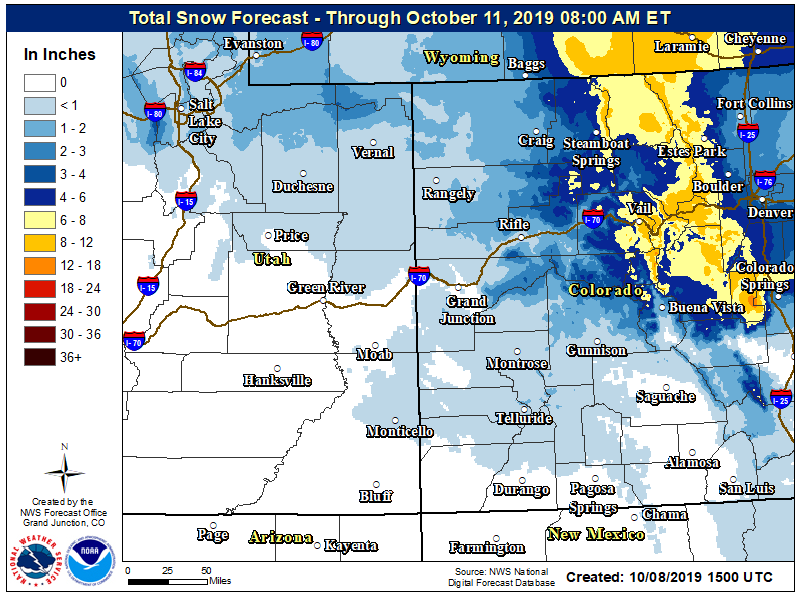 Colorado is about to get its first big snowfall of the season, with parts of the state likely to get 8 to 12 inches or more by Friday.

According to a weather forecast map produced by the National Weather Service, higher elevation areas of the state will be hit the hardest, with the most snowfall likely to land on Pikes Peak outside of Colorado Springs. Pikes Peak, at 14,115 feet, will likely get 12 to 18 inches of snow by Friday starting on Wednesday night.

Ski country will be looking at 8 to 12 inches, with more likely to land at higher elevation resorts such Arapahoe Basin. The race to open first is on. The southern mountains will likely see a dusting, but not much more.

A heavy snow warning travel alert has been issued by the Colorado Department of Transportation for the Denver metro area and Mountain Corridor, warning that snow accumulation on highways could be possible. Their warning specifically lists Thursday as the problem day and informs readers that they should know and follow new traction laws in the state.

An abrupt change in the weather will arrive Wednesday night into Thursday! Here's the latest information and suggested preparation in advance of this fast moving storm system. #COwx pic.twitter.com/swWbDDqhAn

This wave of winter weather hitting Colorado is hitting northern states even harder. Strong winds and wet snow are predicted to cause damage to trees as well as power outages.

According to Joel Gratz of OpenSnow, the next storm will likely hit Colorado sometime from October 18 to 23.

Colorado Springs can expect another day of summer-like weather before a wintry blast hits the region, the National Weather Service in Pueblo f…