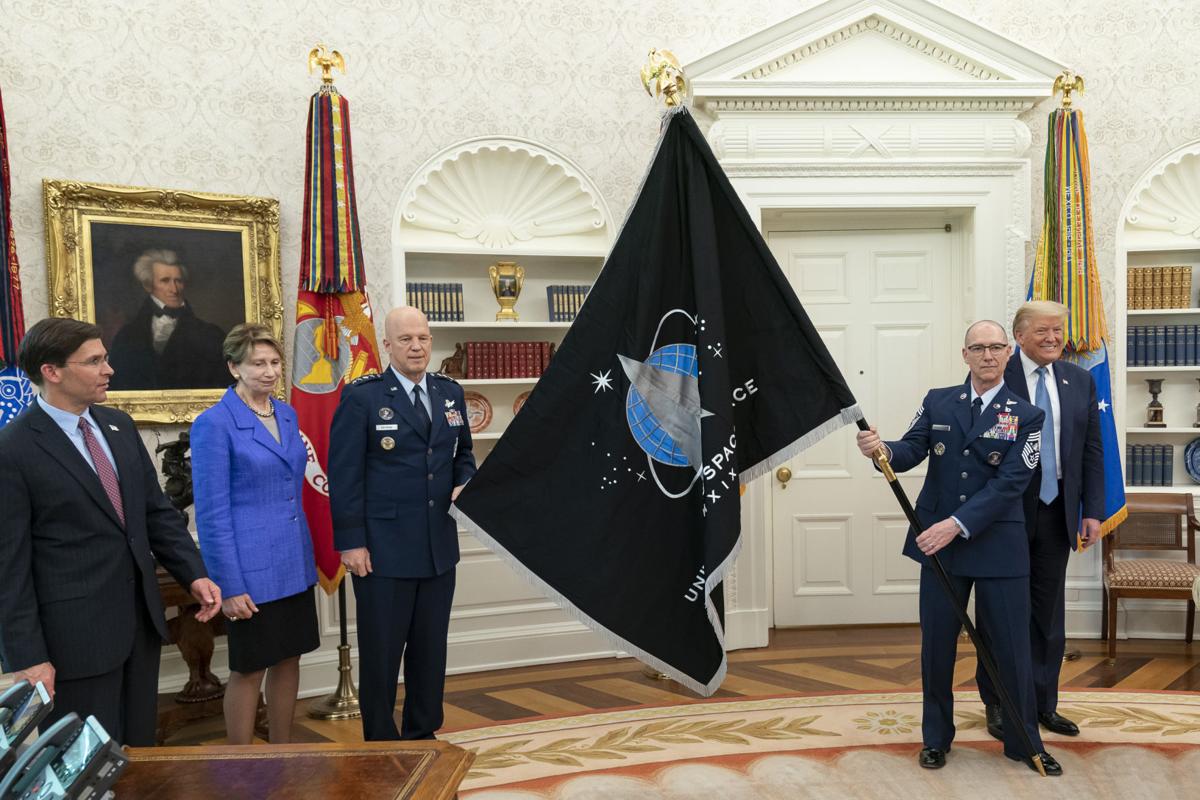 The new organizational chart for Space Force is out and includes some cool acronyms.

Space Training and Readiness Command at Peterson Air Force Base is STARCOM.

Now the Space Force is built around “space wings.” But as the new service breaks from the Air Force past, those wings will be called “deltas.”

“This is the most significant restructuring of space units undertaken by the United States since the establishment of Air Force Space Command in 1982,” Air Force Secretary Barbara Barrett said in a statement. “Innovation and efficiency are driving our mission as we position the Space Force to respond with agility to protect our nation’s space capabilities and the American way of life.”

Below the deltas are squadrons, the one unit designation that’s still familiar.

The new structure eliminates a lot of middle management, lopping out whole layers once overseen by colonels and brigadier generals.

“This is an historic opportunity to launch the Space Force on the right trajectory to deliver the capabilities needed to ensure freedom of movement and deter aggression in, from and to space,” Space Force boss Gen. Jay Raymond said in a statement.

“How we organize the Space Force will have a lasting impact on our ability to respond with speed and agility to emerging threats in support of the national defense strategy and space strategy.”

Two of the biggest pieces of the new organizational structure will be Space Operations Command and Space Systems Command.

Space Operations Command comes with one of those clever acronyms: SPOC.

The renaming of space units means the new service is getting closer to some other important changes. Right now those in the Space Force are “airmen,” the title they have carried over from the Air Force.

That’s likely to change, but there have been few hints of what the new moniker will be.

The new service will also likely get new uniforms, ditching the Air Force’s blue gear for a color of its own. That, too, hasn’t been revealed.

Another key change for the Space Force is the adoption of a new service anthem.

While there have been sarcastic suggestions, including David Bowie’s “Space Oddity” and Elton John’s “Rocket Man,” no serious contenders for the new song have emerged.

Finally, the Space Force is looking to rename the bases it calls home.

The move, which could be delayed by a provision in the Senate version of the National Defense Authorization Act, which calls for a study of the matter, would see Peterson and Schriever Air Force Bases and possibly Cheyenne Mountain Air Force Station redesignated with “Space Force” added to their names.

The organizational changes are expected to happen quickly, with units changing names this summer.

But, in a town that has hosted the military’s top space units for decades, it could take a few years before the public gets used to the new Space Force vocabulary.

A fighter and bomber pilot with 33 years in uniform will be the next leader of U.S. Northern Command and the North American Aerospace Defense …