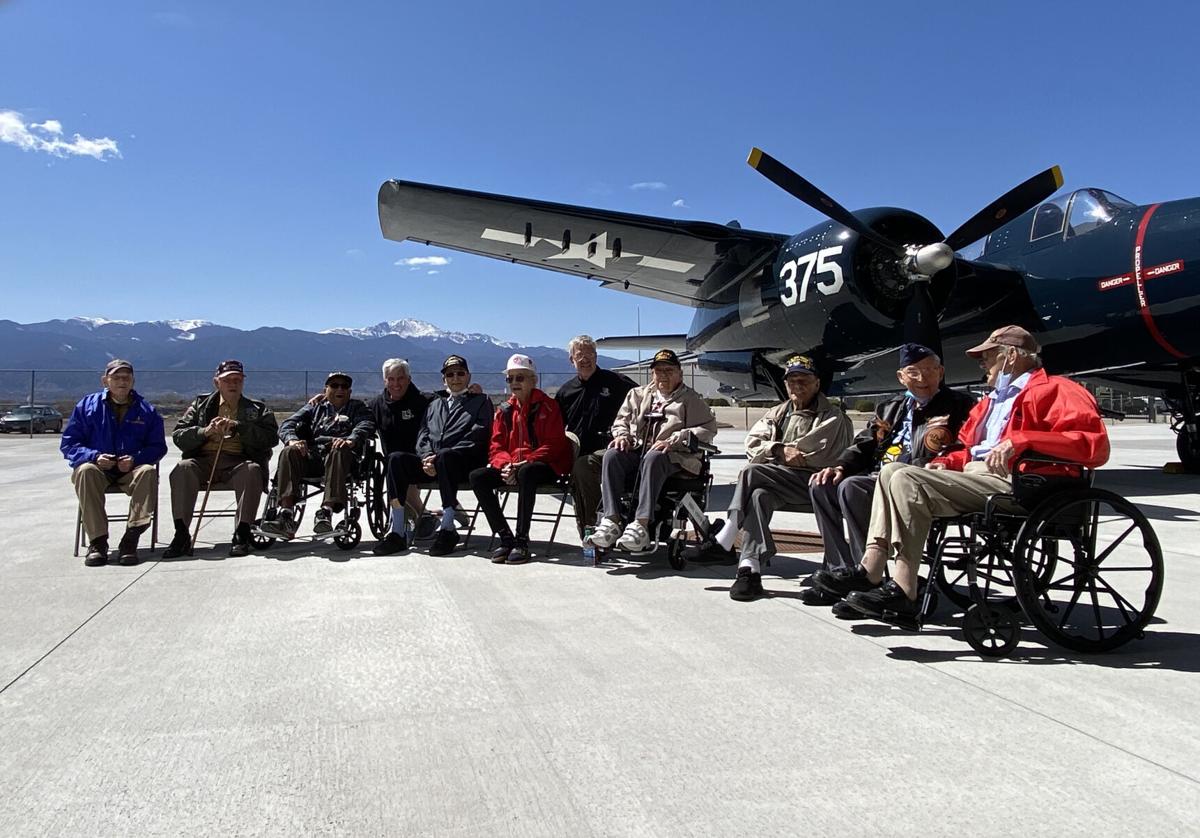 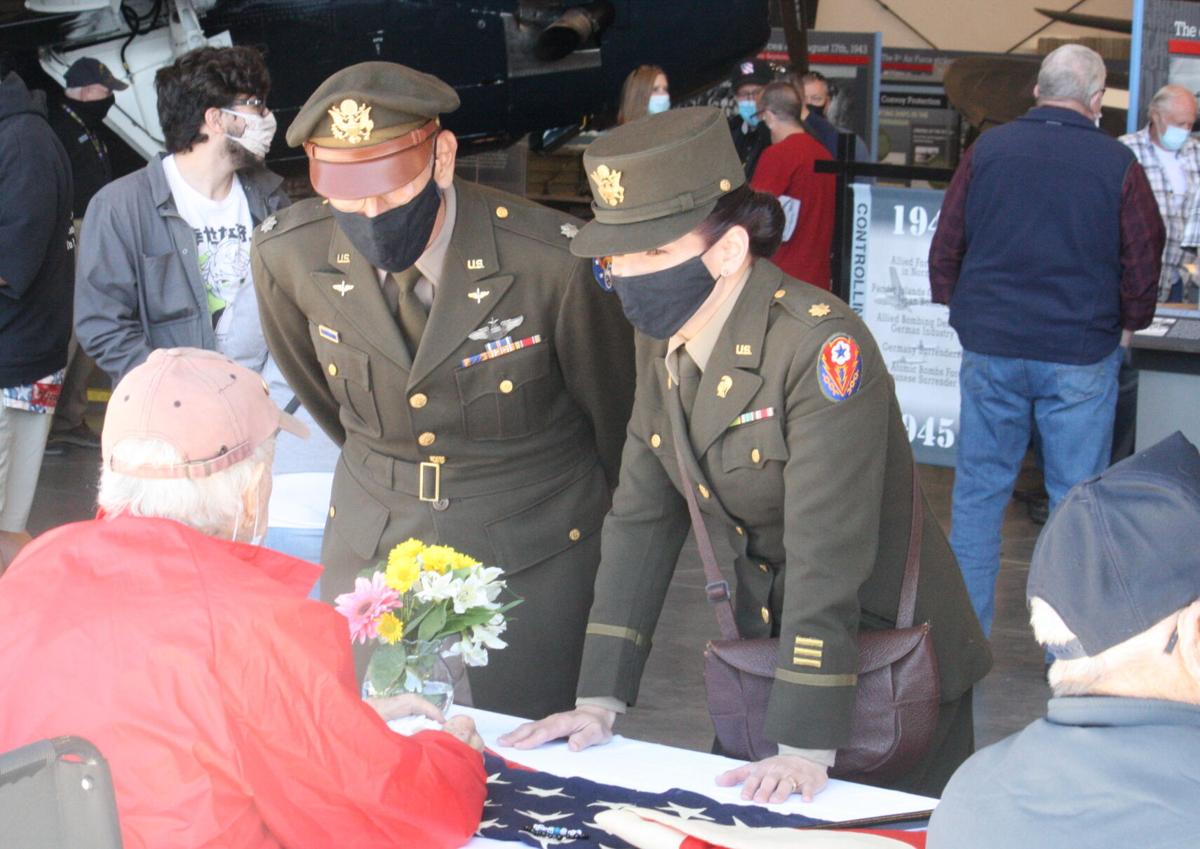 A contingent of World War II veterans spent last Saturday afternoon interacting with an adoring public in a “Meet and Greet” event at the National Museum of World War Two Aviation in east Colorado Springs.

Nine war heroes attended the event, including a B-17 gunner who was shot down twice, a medic who tended to wounded on Iwo Jima and was present when the U.S. flags were raised on Mt. Suribachi, a pilot who was shot down and held as a prisoner of war, and a soldier who escaped captivity during the Battle of the Bulge.

The event, hosted by veterans’ advocacy nonprofit Honor Flight of Southern Colorado, drew about 300 visitors who lined up to speak to, take pictures with, and collect autographs from survivors of a war that ended more than 400,000 American lives.

Veteran coordinator Rena Rowlands said it was important to show appreciation for a group whose numbers are rapidly dwindling. Of the 16 million Americans who served during World War II, just over 320,000 remain alive, according to data from the Department of Veterans Affairs.

“We’re running out of these guys,” said Alex Williams, a soldier on temporary assignment to Fort Carson.  “That’s why I came today: to meet them, and shake their hands. Who knows when I’ll get another chance?”

“We’ll jump at any opportunity to hang out with these guys,” said Vos, who carefully assembled her uniform from pieces she unearthed on eBay, Etsy, and anyplace else she could find them.  “They’re in their 90s, and they’re so sharp and funny.”

Ted Langowski, who served stateside as a medic in World War II, said he enjoyed interacting with the public and sitting shoulder to shoulder with his fellow veterans.

“It was a nice get together,” said Langowski, 97. “Everyone was very friendly.”

Victor Santiago, a former infantry soldier who was training stateside when the war ended in 1945, said he was touched by the adoration and support he received from visitors, most of whom had not been born when World War II ended.

“This is beautiful,” Santiago said. “It shows how much people appreciate us.”

The two-hour event culminated in an exchange of gifts. Cole Griego, the Iwo Jima medic, was presented with a poster showing the iconic flag-raising. Nick Kneebone, whose ship sailed out of Pearl Harbor on Dec. 6. 1941 -- missing the Japanese attack on the naval base by one day -- presented the museum with a 48-star American flag.

“Events like this are important to the veterans, and to the public,” Rowlands said. “People get to see real heroes, and the veterans get to see that they are loved and celebrated.”

For 77 years, the Roll of Honor commemorated county residents who served in World War II. The list of almost 500 names was painted on the side…