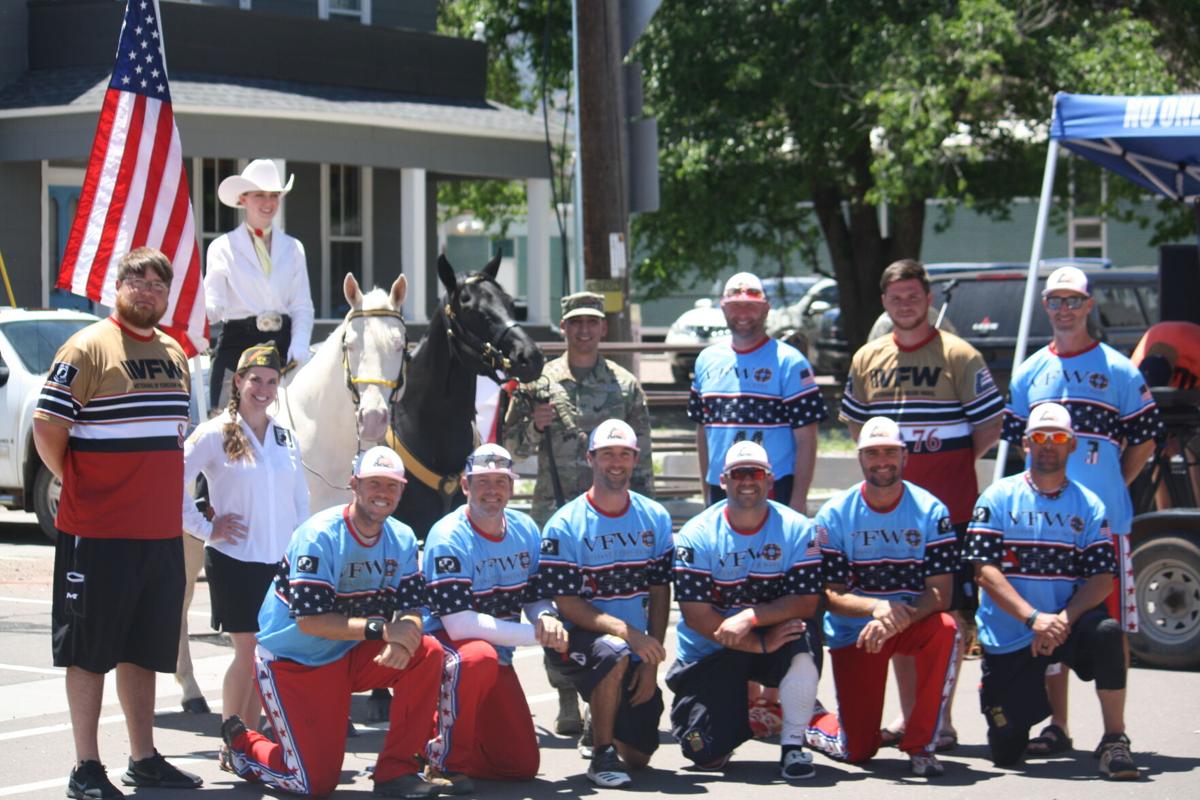 Members of the VFW Post 101 softball team pose with Ryan and the post's official horses, Anthem (left, with flag) and Achilles. 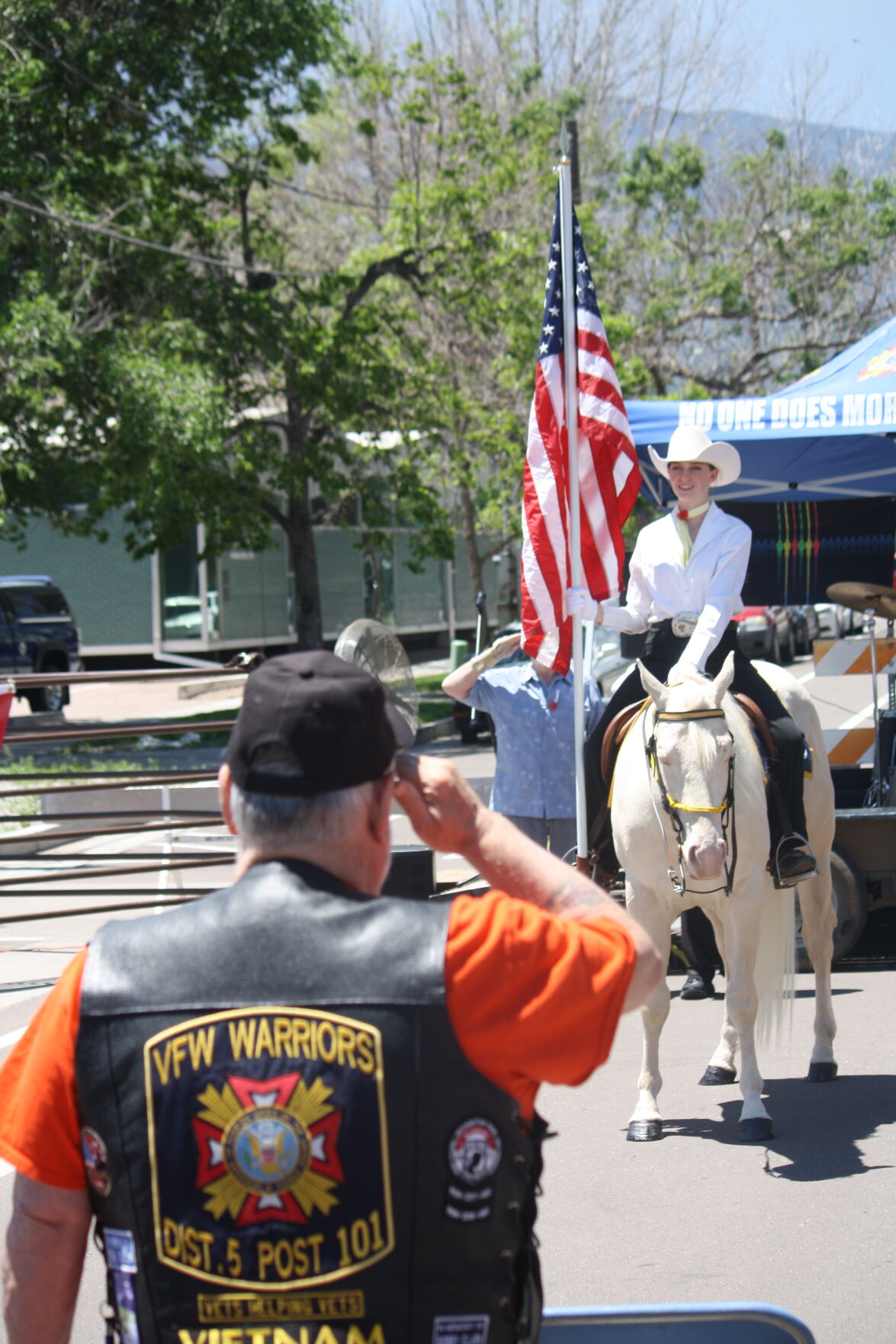 A VFW member salutes the flag during the playing of the National Anthem. 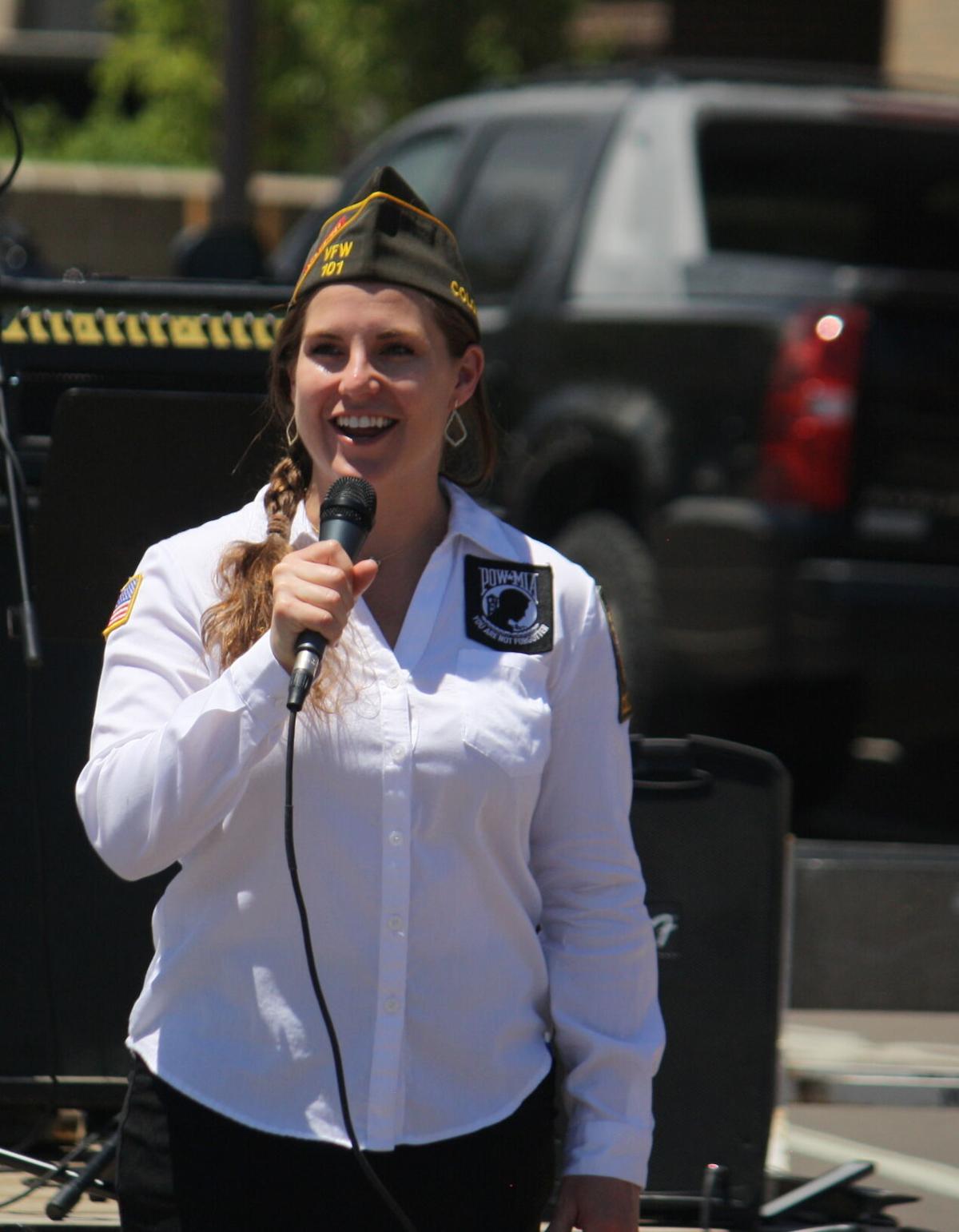 VFW Post 101 commander, Danielle Ryan, addresses the crowd before kicking off the festivities at the post's 101st anniversary celebration.

Members of the VFW Post 101 softball team pose with Ryan and the post's official horses, Anthem (left, with flag) and Achilles.

A VFW member salutes the flag during the playing of the National Anthem.

VFW Post 101 commander, Danielle Ryan, addresses the crowd before kicking off the festivities at the post's 101st anniversary celebration.

Veterans of Foreign Wars Post 101 celebrated its 101st anniversary on Saturday with a street party in downtown Colorado Springs.

Rio Grande Street, between Tejon Street and Cascade Avenue, was blocked off for the event, which featured live music, food and vendors from several veterans’ organizations.

Veterans, active duty service members and their families reveled in the sunshine despite the heat, which reached nearly 90 degrees.

The 100th anniversary celebration, scheduled for last year, was cancelled due to COVID-19 restrictions. But Space Force Maj. Danielle Ryan, post commander, said the organization refused to let the pandemic deter them from their mission.

“We didn’t let COVID get in our way,” Ryan said. “We held a fundraiser every month and raised thousands of dollars for our veterans.”

Post Jr. Vice Commander Jay Maloney said the primary reason for the celebration was to honor the legacy of the post and the man it was named for.

“And the second [reason] is to par-tay all day,” he said to a wave of cheers and applause.

Chartered on April 20, 1920, VFW Post 101 is named for Lt. Marion Willis, who was killed in France during World War I. Willis’ mother, Ella Willis Smith, spearheaded the drive to established the post on the condition that it be named after her son, who is buried in Evergreen Cemetery on Hancock Expressway in Colorado Springs. The veterans’ organization holds a memorial service at Willis’ graveside every Memorial Day.

“The legacy of Post 101 has continued to foster camaraderie, friendship, trust and closeness among veterans who have served in many wars, in many ways, through many decades,” Maloney said.

“Camaraderie" was the word of the day as veterans of all ages and services laughed together, shared stories and honored the fallen service members who could not be present.

"This is a special place where veterans can come together," said Joshua Hosler, president of Veteran Sheepdogs of America, a veterans advocacy nonprofit.

“We all have something in common,” added post judge advocate Anthony Archer. “We all joined the military to serve, and we want to continue serving.”