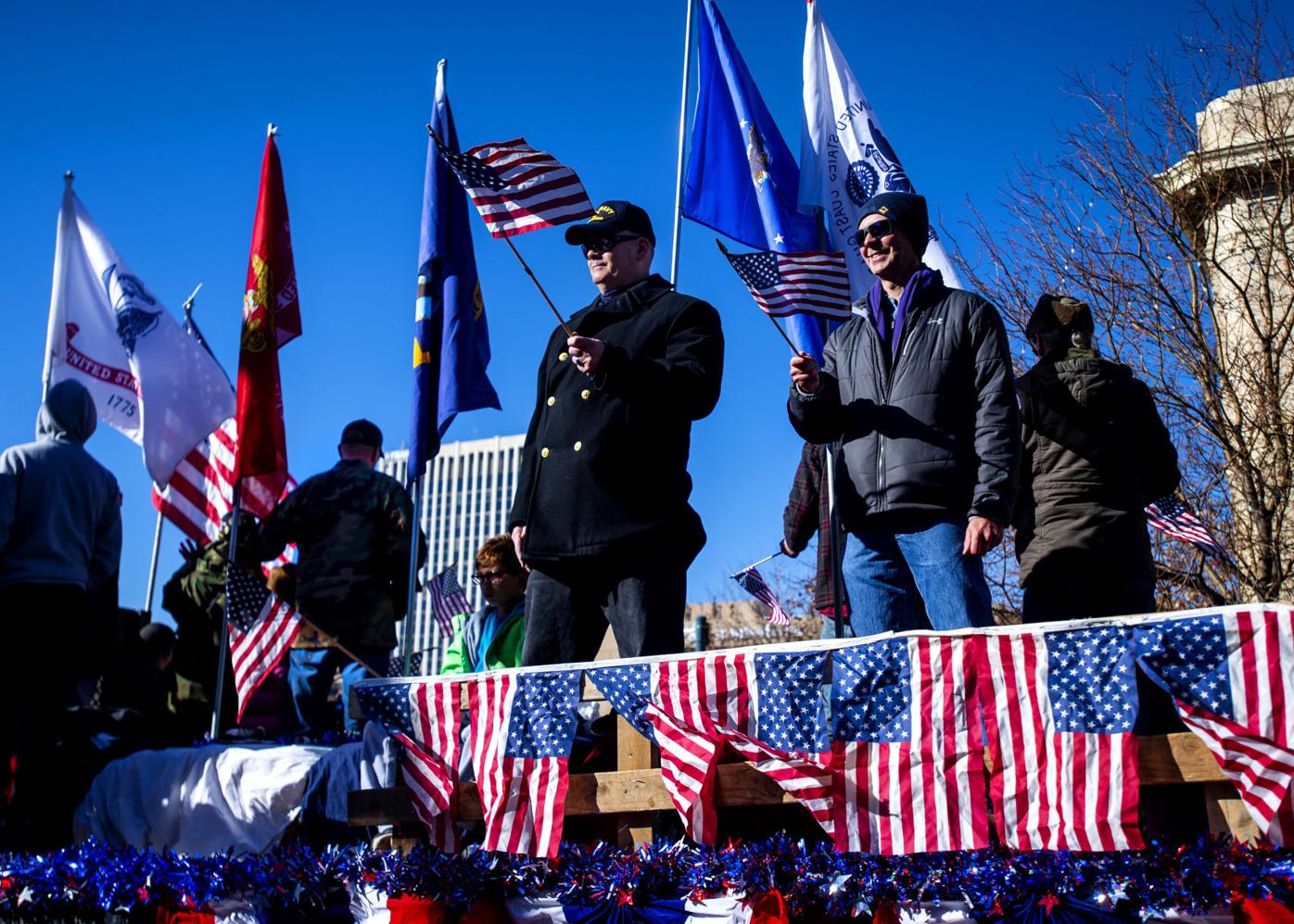 Veterans from each of the six armed service branches are lauded during the 2019 Veterans Day Parade in downtown Colorado Springs. 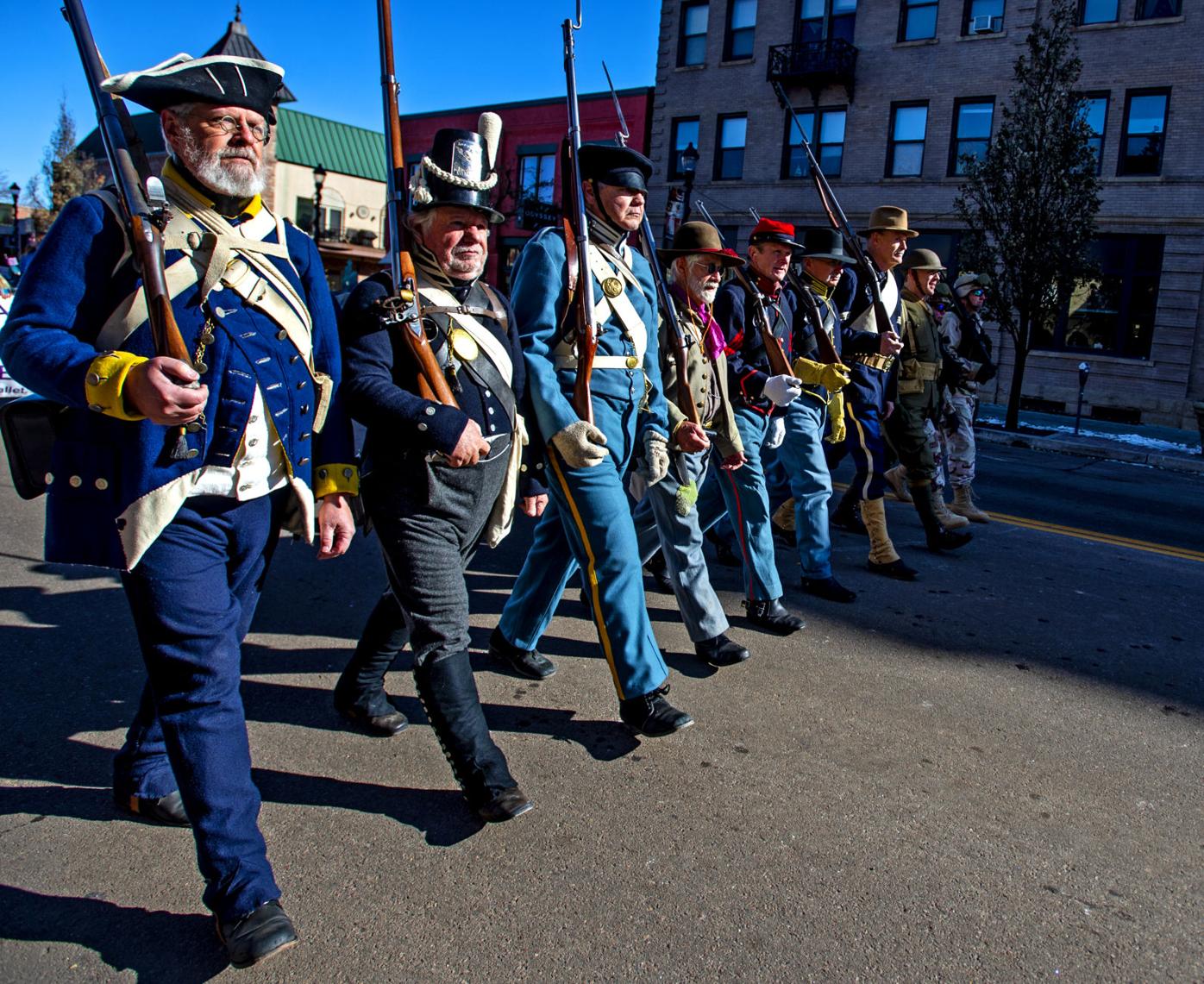 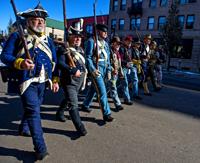 Andrew Bell salutes the flag Monday, May 27, 2013, during a ceremony by the 10th Regiment Buffalo Soldiers at Evergreen Cemetery honoring a Buffalo Soldier buried there.

Veterans from each of the six armed service branches are lauded during the 2019 Veterans Day Parade in downtown Colorado Springs.

Andrew Bell salutes the flag Monday, May 27, 2013, during a ceremony by the 10th Regiment Buffalo Soldiers at Evergreen Cemetery honoring a Buffalo Soldier buried there.

Tens of thousands of spectators are expected to line Tejon Street Saturday for the Colorado Springs Veterans Day Parade while celebrating the men and women who have served and those defending America’s freedom today.

This will be the first parade since the COVID-19 pandemic hit Colorado in March 2020, when the annual St. Patrick's Day Parade in downtown Colorado Springs was canceled.

This year: Saturday's Veterans Day Parade begins at 10 a.m. and runs down Tejon Street from Boulder Street to Vermijo Avenue.

Background: Veterans Day – formerly Armistice Day – is a federal holiday that celebrates the armistice that ended World War I on Nov. 11, 1918.

Theme: This year’s theme is The Greatest Generation, which pays homage to the troops who served during World War II. America was drawn into the war 80 years ago this Dec., when Pearl Harbor was bombed by the Japanese.

“The parade is our thank you to the active-duty and retired military who call Colorado Springs home,” said Eileen Howe, executive assistant for the board that puts on the parade.

Home to military: Colorado Springs is home to well over 30,000 active-duty troops and approximately 80,000 military veterans.

A tradition: The parade has occurred annually since 2000 except for last year’s parade, which was canceled due to COVID-19.

Scenes from the 2019 Veteran's Day Parade in downtown Colorado Springs on Saturday, Nov. 2.

Free meals and deals for Veterans Day around Colorado Springs

Several restaurants have deals on Veterans Day and beyond in the Colorado Springs area to honor military service.