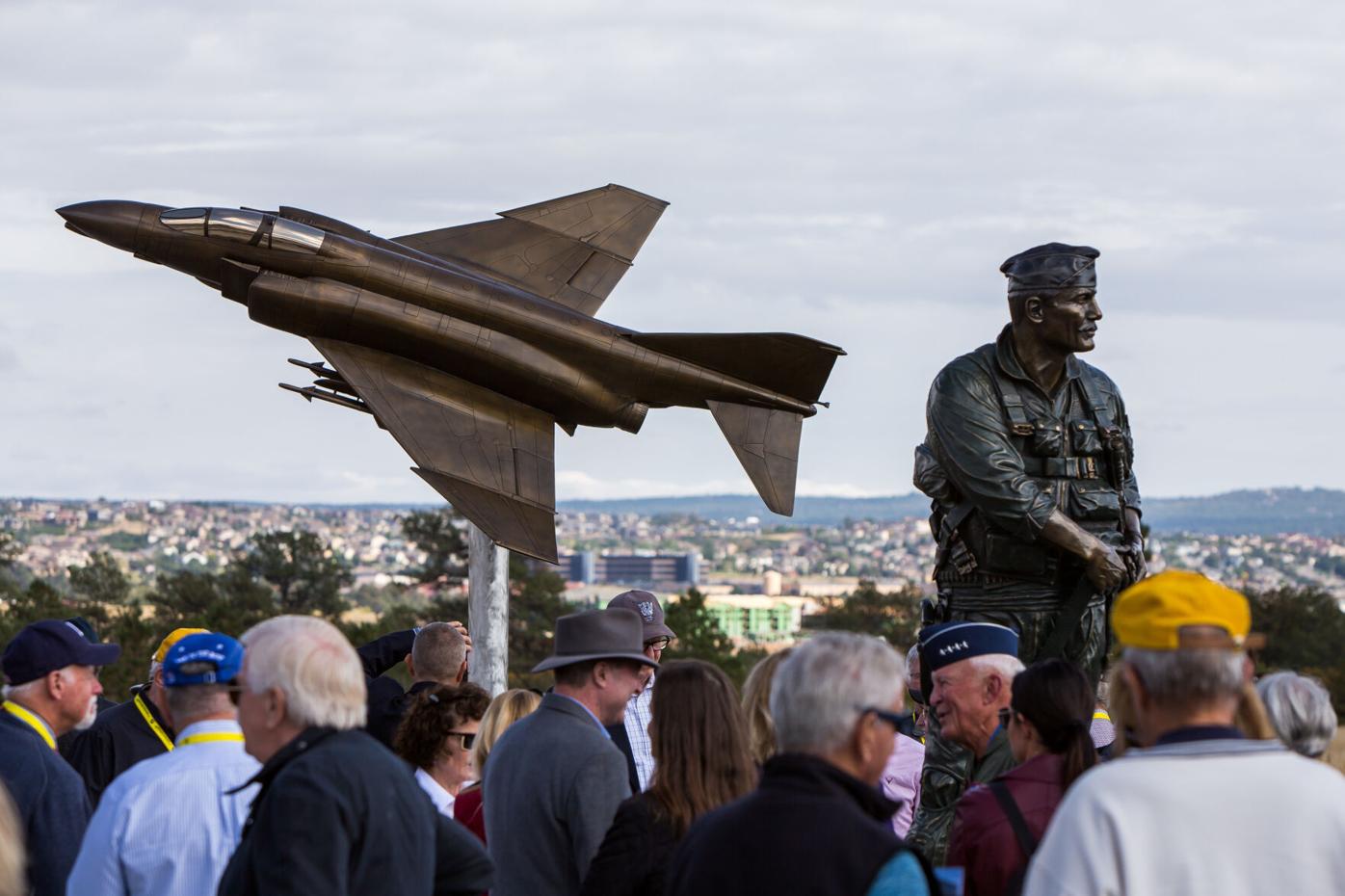 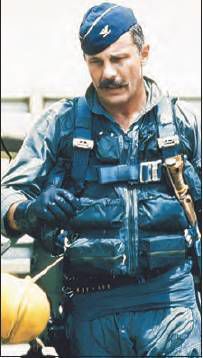 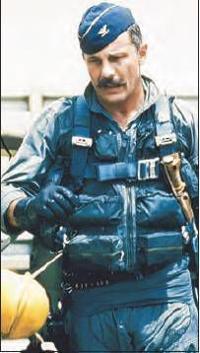 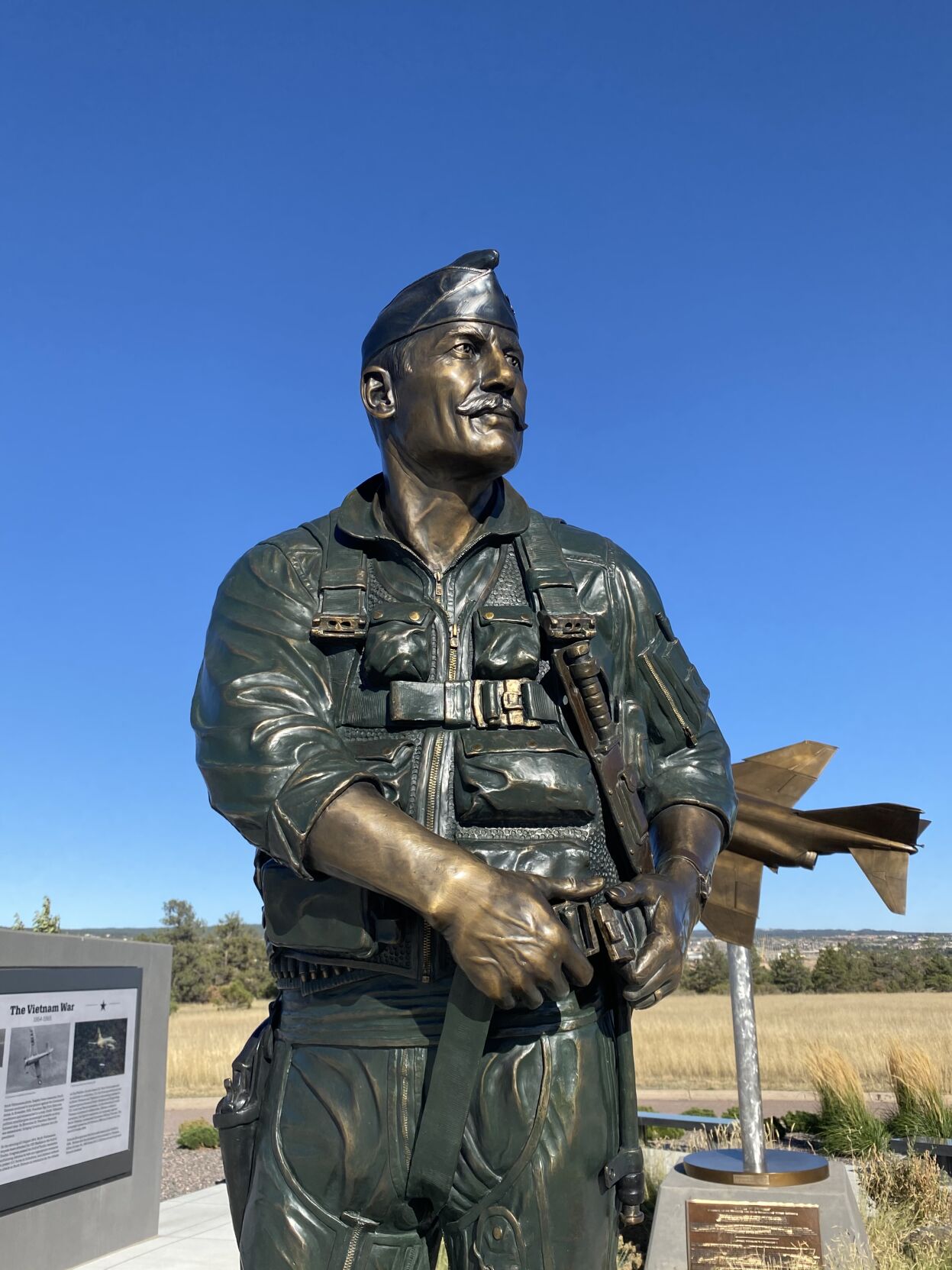 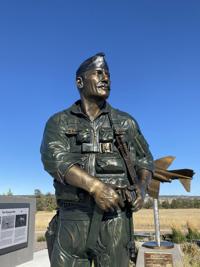 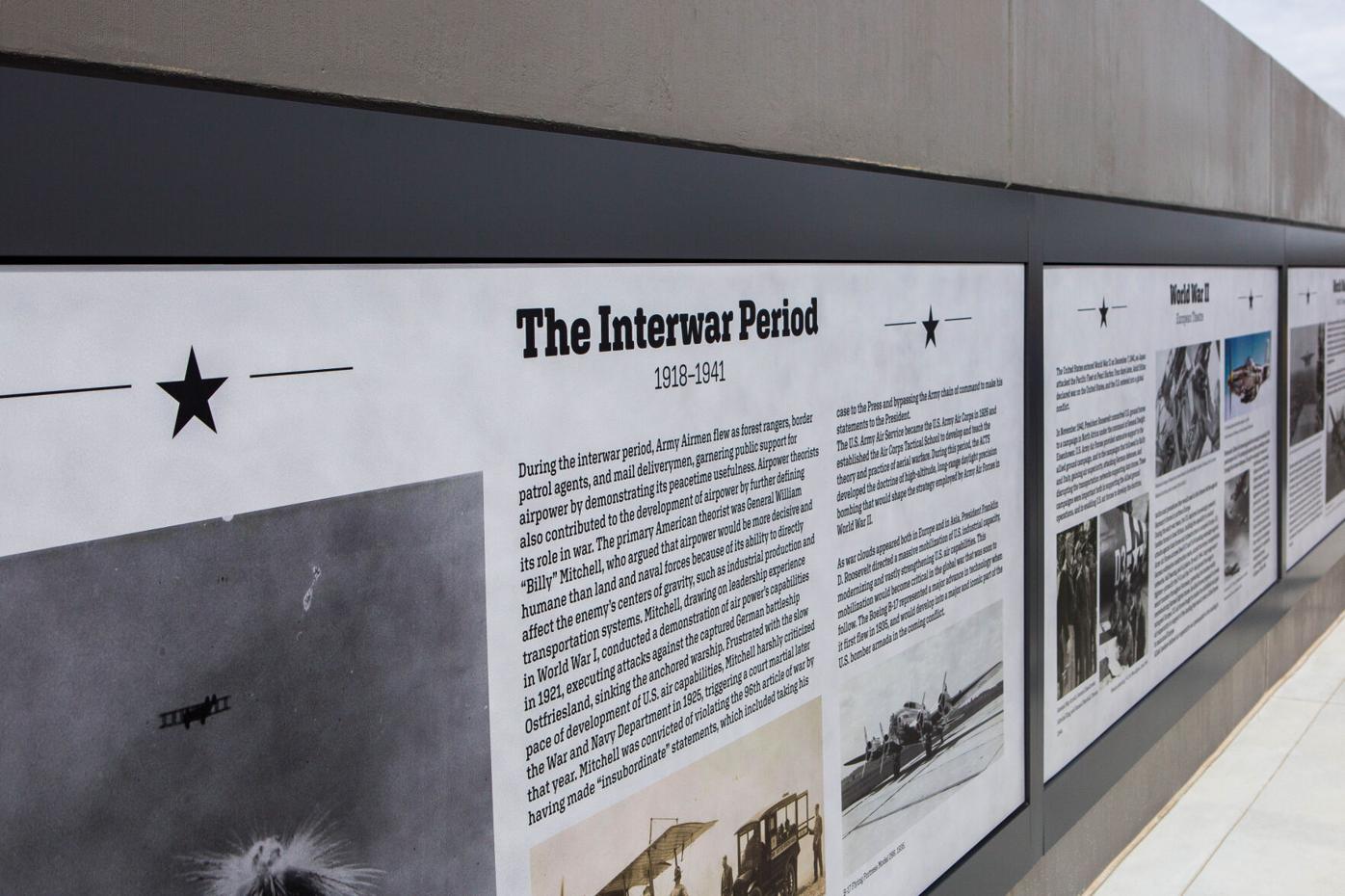 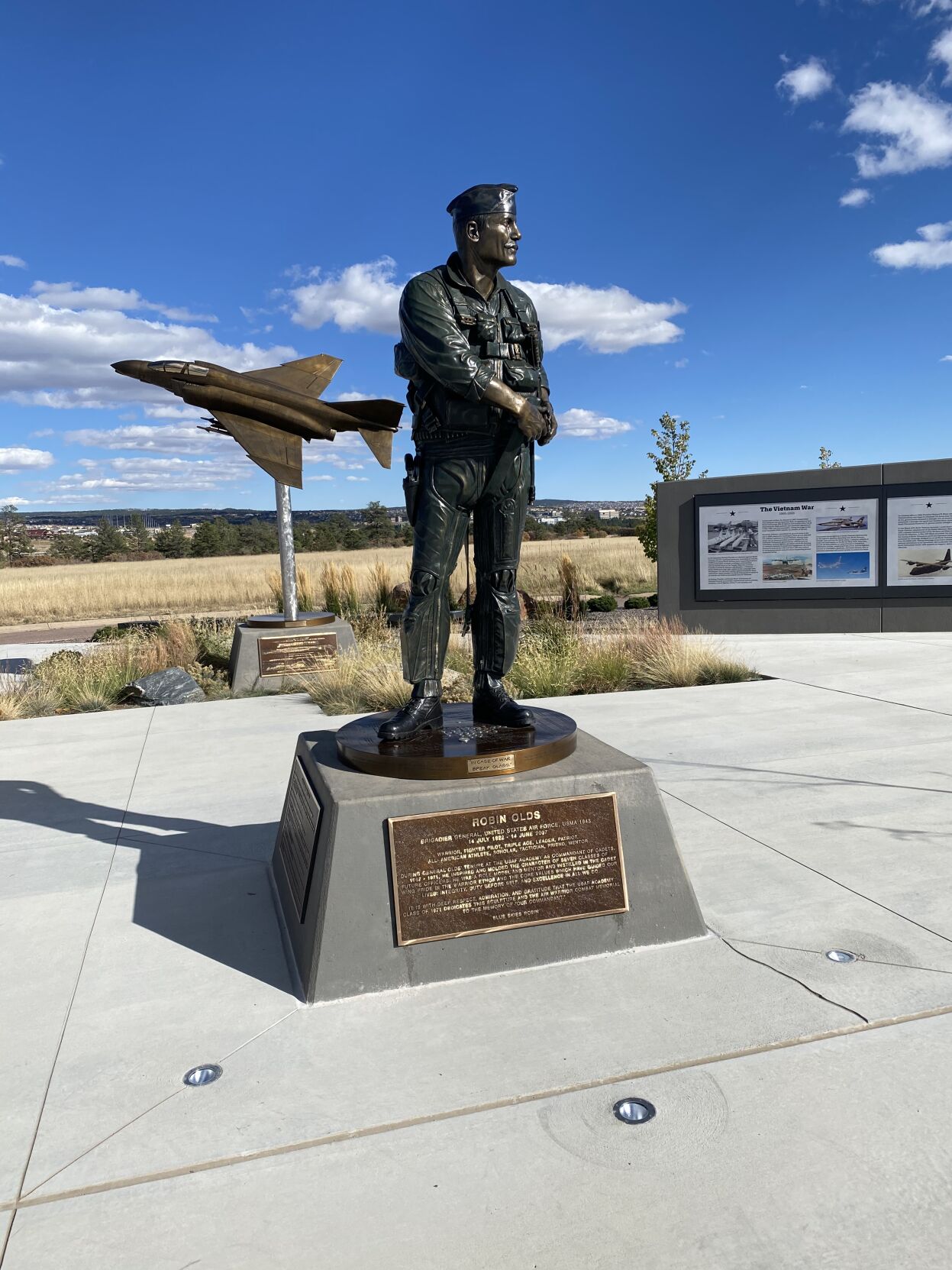 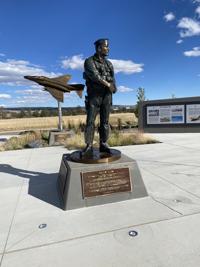 Fighter pilot Brig. Gen. Robin Olds earned triple ace status for shooting down 17 aircraft during World War II and the Vietnam War. A bronze life-sized statue now stands on the Air Force Academy as an example of all air warriors.

“It is dedicated to everybody who had flown in harm’s way” and “is supposed to honor aerial warfare for the last 100 years,” said Jim Nance, who sculpted the statue.

Nance, and others from the the Air Force Academy’s class of 1971 decided at their 40th reunion to raise funds and donate a statue of Olds, who was the academy's commandant when they were cadets.

Over the past decade, the plan grew into adding a bronze sculpture of an F-4C Phantom fighter and a display honoring the first 100 years of aerial warfare.

The Air Warrior Combat Memorial was dedicated earlier this month and is located at North Gate and Stadium boulevards near the school's B-52 display. It is open to the public during normal base visiting hours.

Olds was already a famed fighter pilot with more than 20 years military experience when Air Force Chief of Staff Gen. John McConnell assigned him to be commandant of the all-male Academy in 1967, where more than 90% of cadets went to pilot training.

Dick Rauschkolb, a retired colonel and 1970 graduate, said morale within the cadet wing was low because of the unpopular Vietnam War.

“Olds was brought in to build morale,” Rauschkolb said.

When the school's superintendent ordered Olds to shave his famed handle-bar mustache, Rauschkolb recalled the entire cadet wing held up fake mustaches to their faces while being reviewed by Olds for the first time prior to marching into Mitchell Hall for lunch.

Olds, a West Point graduate, was introduced as the new commandant.

“We expected he would talk to us about his vision and what have you, instead he got up and had this look of disdain as he looked at the cadet wing and then he said ‘If you don’t beat Army tomorrow you don’t have a hair on your (expletive).’ And he flipped us the bird,” Rauschkolb said. “From that day on he was sort of a legend.

“He was sent there to raise the morale, and he did do that. He represented what the Academy was trying to produce in those days and that was warriors.”

The $1.4 million Air Warrior Combat Memorial, which celebrates the first 100 years of aerial combat, was a gift from the Academy class of 1971. Eleven years of fundraising – 90% coming from the class of ’71 – and 368 donors, including Academy’s classes of ’63, ’69 made the memorial possible.

One plaque highlights an essay Olds wrote on how to be a good leader. Another is his warrior code, which Olds shared with his men. A third plaque has 10 quotes from Olds, one saying, “When outnumbered by the enemy the first thing you should do is praise the Lord for a target-rich environment.” The last plaque remembers Olds – who died in 2007 – his time at the Academy from 1967-1971, and dedicates the memorial from the class of ’71.

“A thousand years from now, if somebody comes and takes a look at this and they have no idea who he is, they will walk away with a deeper understanding of the person and not just what he accomplished.”

Nearby sits the replica of an F-4, a famed twin fighter that pilots dubbed the "lead sled." The 2,000-pound bronze statue has an 11-foot wingspan and it’s what Olds flew during the Vietnam War.

Two 100-feet-long, 8-feet-tall concrete walls hold 17 aluminum panels that are 5 feet tall and 10 feet wide. Each panel has a different period of the development of air power staring with World War I and going up to the present.

“Someone could come and visit that memorial and easily spend at least an hour reading all these history panels, looking at the photos of old bi-planes, Vietnam War, Cold War, WWII, and learn about the history of war power,” Nance said.

The vision of former President George H.W. Bush that the world's great powers — the U.S., China and Russia — can compete peacefully — should s…