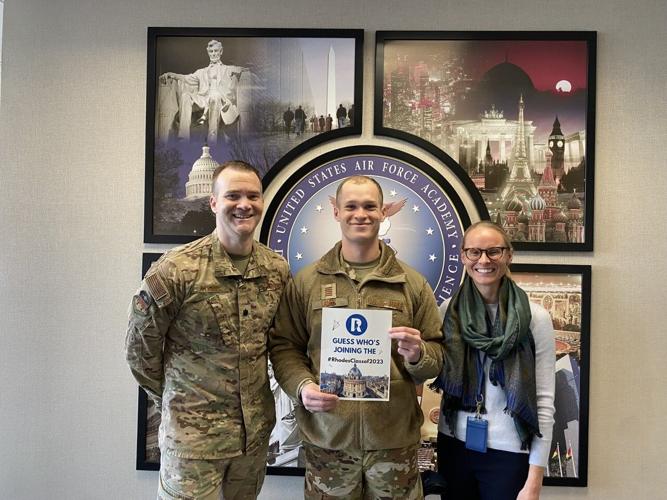 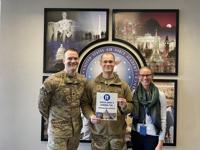 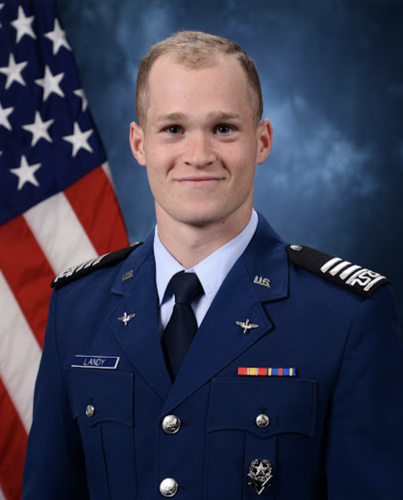 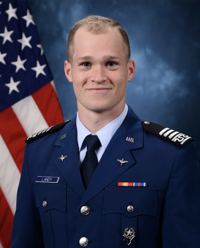 Rhodes scholar James Landy caught “the international bug” while sitting crisscross applesauce and learning his shapes and letters. His dad’s job at the World Bank stationed his family in Istanbul, Turkey, when Landy was 6.

Students from all over the world offered windows into their lives back home through cultural foods, show and tells and discussions between class. When it came time to head back to Washington, D.C., Landy returned with a mission.

“I don’t know what I’m going to do with my life,” he said of his mentality from a young age, “but it’s going to be something international because I can’t give this up.”

He moved one step closer to his dream on Saturday after a round of interviews narrowed a crop of 16 Rhodes Scholarship finalists to just two winners in his region. Landy was one of the fortunate winners.

Dating back to 1902, the Rhodes Scholarship is the oldest international scholarship program. Recipients of the prestigious award receive a fully funded postgraduate degree at the University of Oxford, where Landy will pursue his master’s in philosophy of international relations.

“I had absolutely no doubt in my mind that he’s extremely qualified and that he’d excel at Oxford,” said mentor Kelly Piazza, an assistant professor in political science at the Air Force Academy. “He is constantly making deeper connections between course material and the world around him, and he’s constantly looking out for others and trying to elevate them in the classroom.”

The degree fits into Landy’s broader mission of service, which has guided much of his life thus far and led him to the Air Force Academy.

Foreign diplomats were a regular sight as a kid, and he couldn’t head to a restaurant without passing six or seven embassies along the way. He was surrounded by infrastructure where policy decisions were made, he said, but he was also able to see potential pitfalls.

Landy’s mom was a social worker and active anti-poverty advocate. Blending his parents’ respective jobs lent a unique lens to understanding how people in power positions can be a detriment to their community should they act out of personal interest.

“That then turned my perspective to, I know the values that I want to have,” Landy said. “A big part of that was this idea of serving others, and sometimes letting your own personal interests take a back seat to others.”

Landy channeled these interests into award-winning research at the Air Force Academy, where he has applied “a military thinking cap” to observe the ways in which different countries interact, particularly in Latin America. He and mentor Piazza have already published a paper together with another in the works.

But mentors will point to Landy’s leadership outside of the classroom as the true mark of a well-rounded Rhodes scholar.

Perhaps most explicit is his role as cadet superintendent, in which he leads roughly 100 others in his class. Behind closed doors, Lt. Col. Will Atkins, the deputy department head of political science, said Landy continues to set himself apart in his maturity and empathy.

He was writing thank-you cards to those who helped him as a 19-year-old freshman — “even as adults, we don’t always write thank-you cards” — and when Landy won his third research award, he asked Atkins if the award might be more beneficial for another cadet.

“That just isn’t something we see very often, where students are willing to give up something that obviously would be very beneficial,” Atkins said.

Landy is the latest in a line of 43 Rhodes scholars produced by the Air Force Academy. The first, retired Lt. Gen. Bradley Hosmer, graduated in 1959, just four years after the academy swore in its first class.

Landy will graduate from the Air Force Academy in 2023 before heading to Oxford. After he completes his master’s, Landy will continue training as a U.S. intelligence officer, a role that blends his passions for service and international relations by cultivating positive relationships with foreign ambassadors.