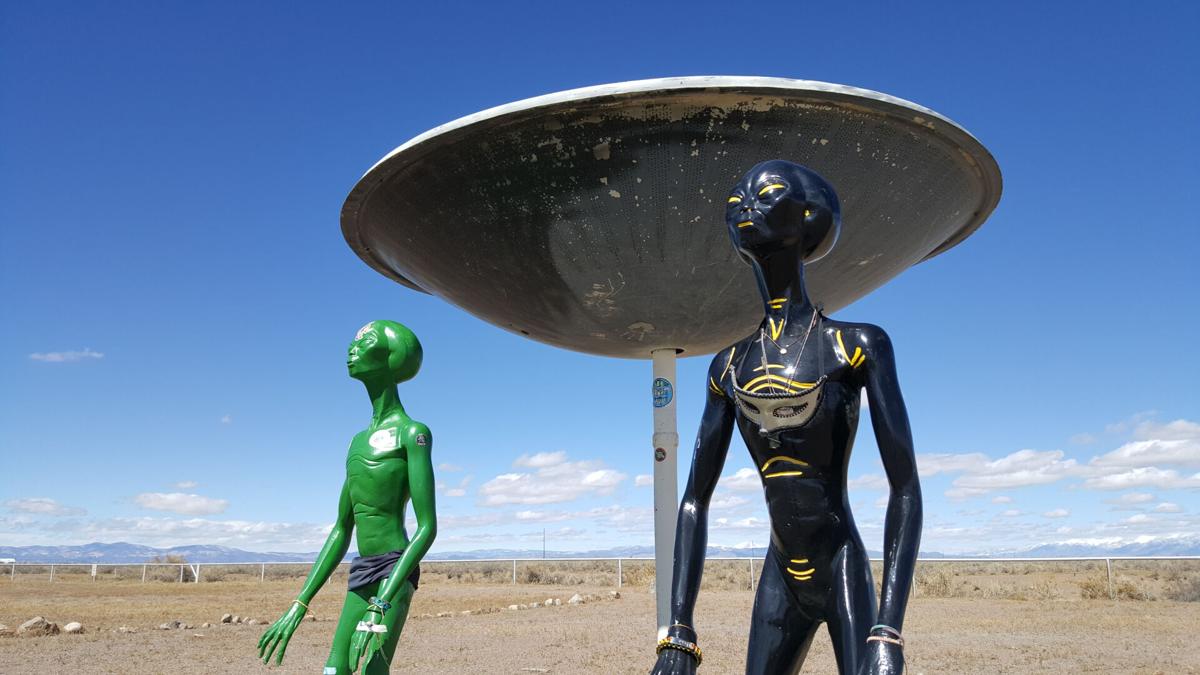 Fear not, northeastern Colorado: The military may finally figure out those pesky drones that pestered you last winter.

The Pentagon this month formed the Unidentified Aerial Phenomena Task Force. It's a move that likely caused liquor stores in Roswell, N.M. to run out of Champagne and comes with a cool acronym: UAPTF. (It's pronounced "you-whap-tiphhhhlt.")

Since most of the unidentified aerial phenomena occur over the desert and plains, the task force will be run by the Navy, despite the unimaginable cost of moving a destroyer to Sedgwick to track those aerial targets.

Amid all the laughs, the Pentagon is quite serious.

"The Department of Defense established the UAPTF to improve its understanding of, and gain insight into, the nature and origins of UAPs," the Defense Department said in a news release. "The mission of the task force is to detect, analyze and catalog UAPs that could potentially pose a threat to U.S. national security."

The no-kidding task force also has a very serious boss in Joseph Kerman, the Pentagon's undersecretary for intelligence. He's a retired Navy vice admiral and a former SEAL.

But the nation's military leaders really haven't said why they're rushing to uncover the great unknown.

The task force was announced in a Friday evening news release Aug. 14: That's Pentagonese for something the military would really rather not discuss. The Friday evening release coincides with the top pursuit of journalists covering the military: Discount cocktails. Pulitzer and his prizes come in a distant second to happy hour at the end of a long week.

Here's the Pentagon's best explanation of the sudden move:

"The Department of Defense and the military departments take any incursions by unauthorized aircraft into our training ranges or designated airspace very seriously and examine each report," the Pentagon said. "This includes examinations of incursions that are initially reported as (unidentified) when the observer cannot immediately identify what he or she is observing."

It's the first time in 50 years that the military has expended serious effort looking into unidentified flying objects. Project Blue Book, an Air Force program to investigate UFO sightings, closed its doors in 1970 after finding that most things people reported as other-worldly visitations had simple explanations.

A series of UFO sightings in California and Nevada in the 1960s, for instance, was tied to the top secret Oxcart project, which built the SR-71 spy plane and sent it on missions to snoop on Russia.

Now, leaders have much better reason to check out UFOs: Anyone with an Amazon account can buy their own starting at about $50.

Those discount drones can be used to spy on military installations, interfere with military planes and helicopters and gather lots of lucrative intelligence.

It's illegal to fly drones in controlled military airspace. But with half the 14-year-old boys in the Pikes Peak owning one, it can be pretty difficult to track down the scofflaws.

The Air Force has paid special attention to the drone problem and has an active counter-drone program at F.E. Warren Air Force Base in Cheyenne to figure out ways to counter the threat.

And that threat encompasses more than spying.

Less than a year ago, Iran used commercially available drones to successfully attack oil facilities in Saudi Arabia. Saudi officials reported that traditional air defenses had little effect against the small attackers, meaning that drone aircraft that cost a tiny fraction of traditional missiles and bombers could be more effective in mounting attacks.

If solving that new puzzle is on the task force's agenda, it could be money and effort well-spent

Five years since he graduated from the Air Force Academy, Capt. Alexander Boules has won the school’s highest award for airmanship.