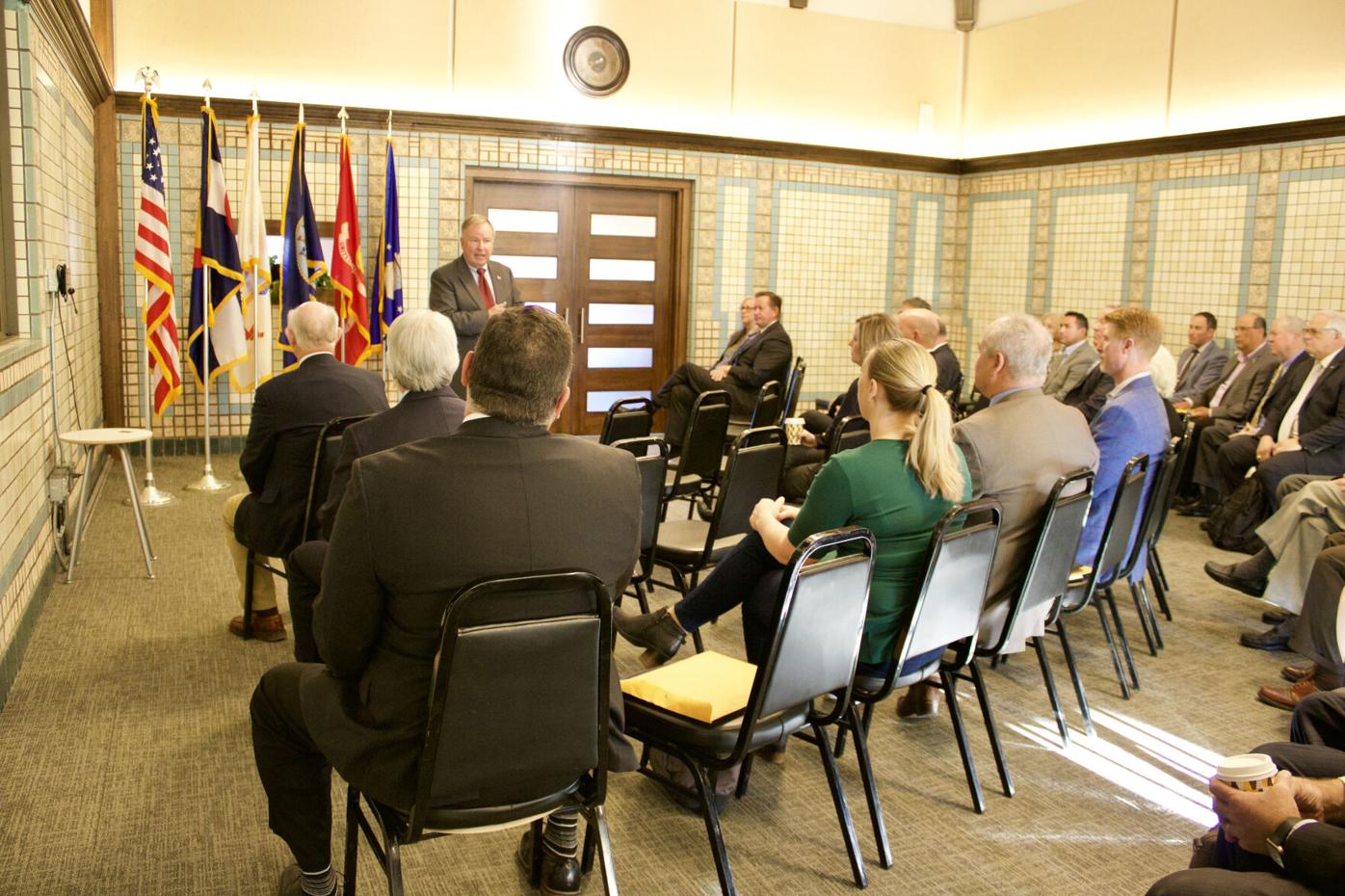 U.S. Rep. Doug Lamborn addresses an audience of high school students and interviewers Saturday, Oct. 30, 2021 at the Catalyst Campus in downtown Colorado Springs. Lamborn was getting assistance interviewing 97 students who are interested in earning his nomination to a U.S. service academy. (courtesy photo) 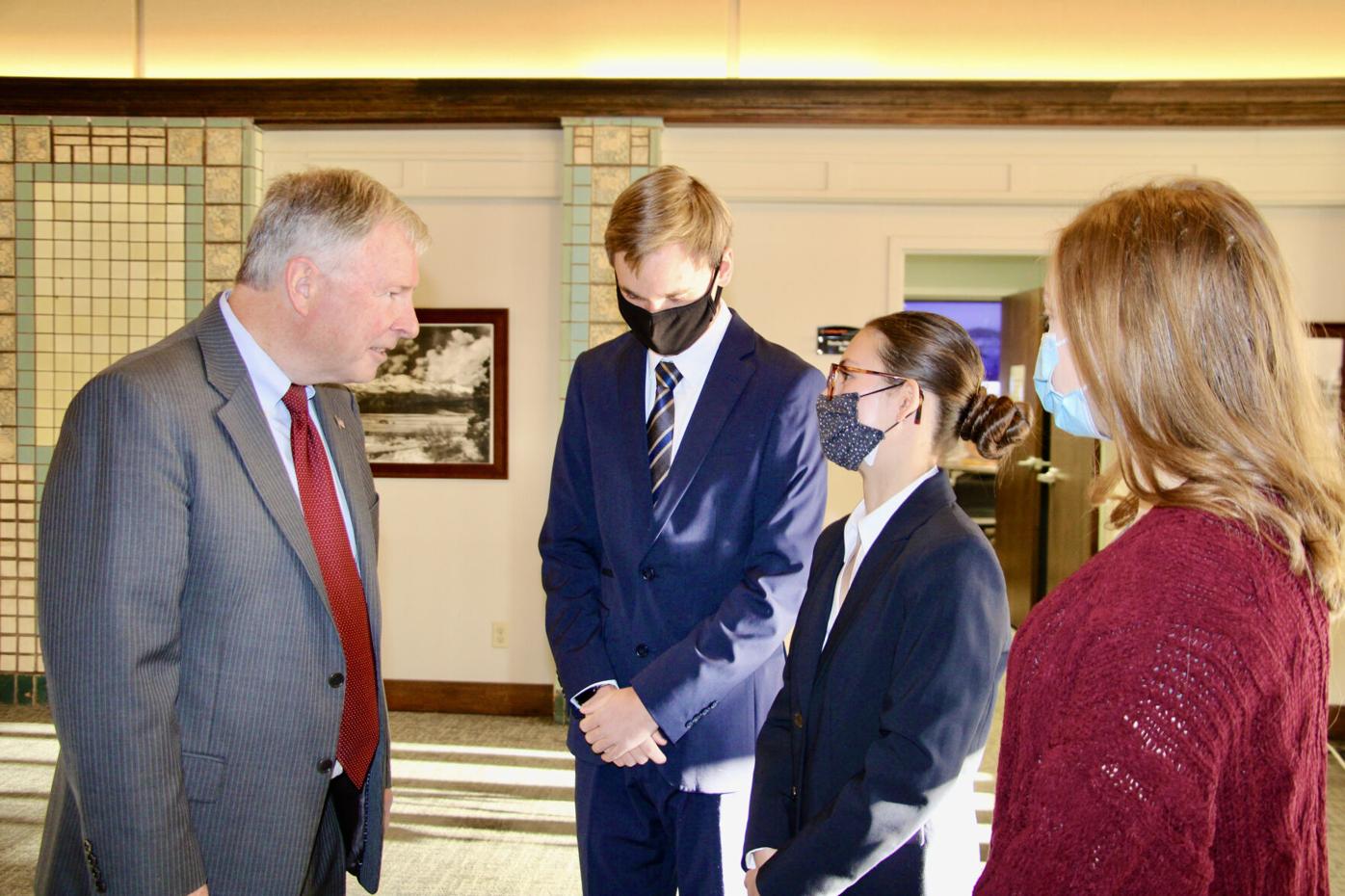 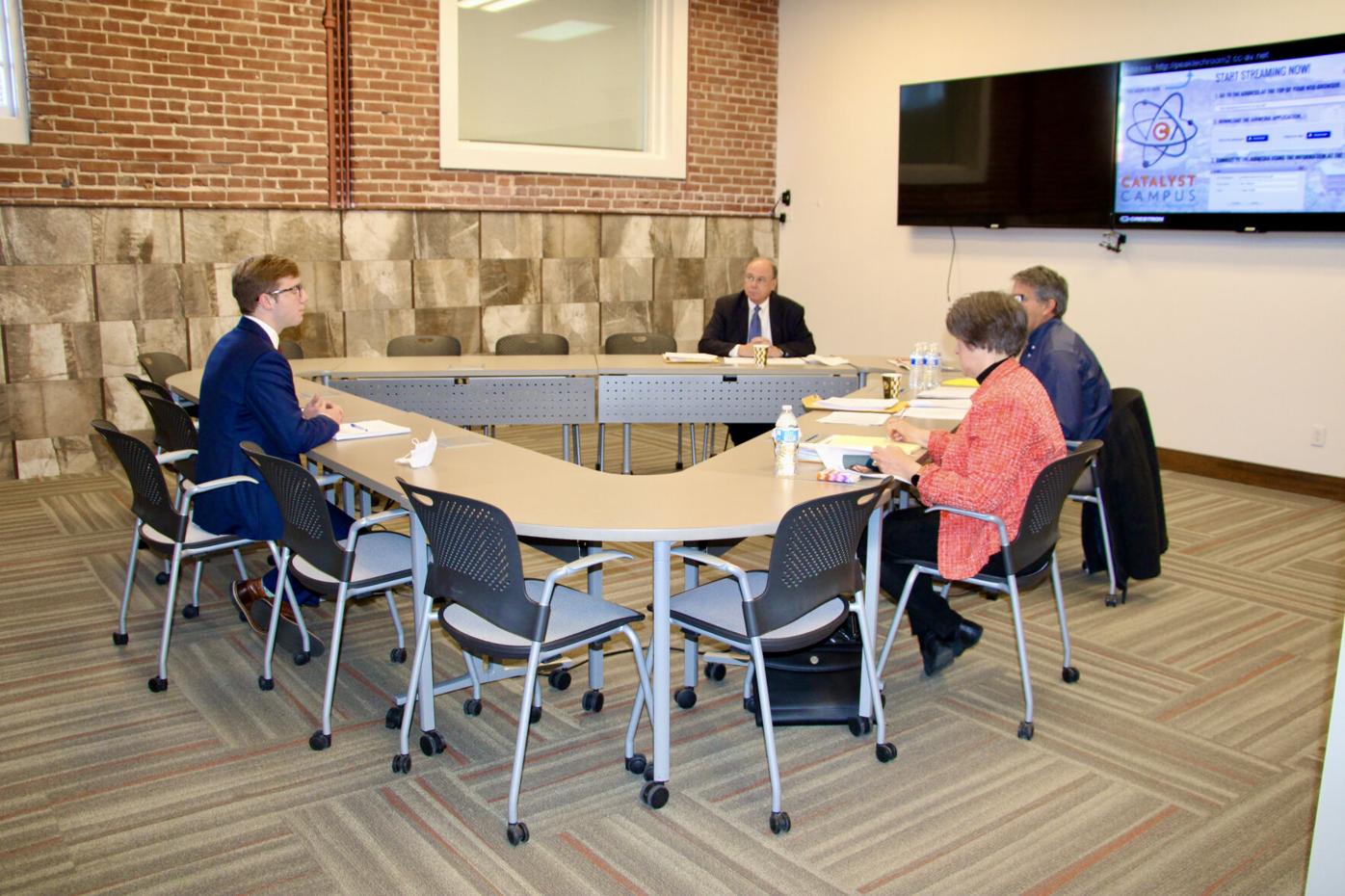 A high school student, left, interested in receiving a nomination to attend a U.S. service academy is interviewed by a panel Saturday, Oct. 30, 2021 at the Catalyst Campus in downtown Colorado Springs. (courtesy photo)

U.S. Rep. Doug Lamborn addresses an audience of high school students and interviewers Saturday, Oct. 30, 2021 at the Catalyst Campus in downtown Colorado Springs. Lamborn was getting assistance interviewing 97 students who are interested in earning his nomination to a U.S. service academy. (courtesy photo)

A high school student, left, interested in receiving a nomination to attend a U.S. service academy is interviewed by a panel Saturday, Oct. 30, 2021 at the Catalyst Campus in downtown Colorado Springs. (courtesy photo)

One of the first steps for 97 of the Pikes Peak Region's finest students who aspire to be in the next wave of leaders for the United States took place at the Catalyst Campus downtown on Saturday morning.

U.S. Rep. Doug Lamborn delivered his opening remarks for the Class of 2026, U.S. Service Academy Nominee Interviews. As a member of the U.S. House of Representatives, Lamborn has the ability to nominate 40 students for entry into one of the service academies in the United States.

For Saturday, Lamborn hand-picked panelists from the community to interview the candidates for the nominations.

Lamborn, who is the son of a World War II combat veteran and has a son who is an Army veteran of three years, said it's an honor to be involved in selecting future leaders.

"These are people that are going to be called on, should they get accepted and should they be commissioned and go into the various branches of the services, it’ll be something where they may end up giving even their life, certainly their career, their blood, sweat and tears," Lamborn said.

Lamborn's office employs a scientific approach when evaluating candidates, looking at SAT and ACT scores, recommendations, grades, leadership activities among other factors. Those criteria plus Saturday's panel interviews go into a metric system for determining who receives a nomination and, of the 40 selected, who receives a nomination to the service academy of their choice.

Of the 97, 70% had the Air Force Academy here in town listed as their top choice, officials with Lamborn's office said. That comes out to nearly 68 students. It highlights how competitive the nomination process for Lamborn's district is given that Colorado Springs is a military town. When visiting West Point last year, Lamborn said he was told other representatives have just a handful of undergraduates at the academy to greet them. Lamborn said he had 17 former nominees at West Point alone.

One West Point graduate, Brian Wortinger works as a fiber optic and telecommunication enterprise manager for Colorado Springs Utilities. Wortinger is 26-year Army veteran who was a garrison commander at Fort Carson. He knows the challenges a service academy can bring. Wortinger searched candidates who had the right desire.

Jaxen Sellers of Manitou Springs High School, Chris Moody of Cheyenne Mountain High School and Parker Hamel of Rampart were three candidates seeking a nomination. All have the Air Force Academy as their top choice, and all have family members who attended the academy or served in the Air Force.

Sellers is cross country athlete who also participates in robotics. He had a state meet to attend after the interview representing Manitou in Class 3A. He wants to be an aerospace engineer.

"I know I wanted to go into aerospace engineering and astro [engineering] and the programs at the Air Force and Navy a pretty good for those," he said.

Hamel plays for defending 5A State Champion Rampart Rams. She had a volleyball tournament at Cheyenne Mountain after the interviews. Last year, she was recognized as a Gazette Preps honorable mention for Class 5A/4A volleyball All stars. She wants to go into the U.S. Space Force.

"I really want to go to the Air Force Academy because I just want to develop academically and as a leader so that I can help others within our country," she said.

Moody also runs cross country and said she is in 13 clubs at school and has 300 volunteer hours. She wants to become an engineer.

"I believe that I am a true-born leader and that I would like to serve my country," she said.

As American troops pull out of the nation's longest war in Afghanistan, the Air Force Academy is spending $9.5 million on a facility that will…