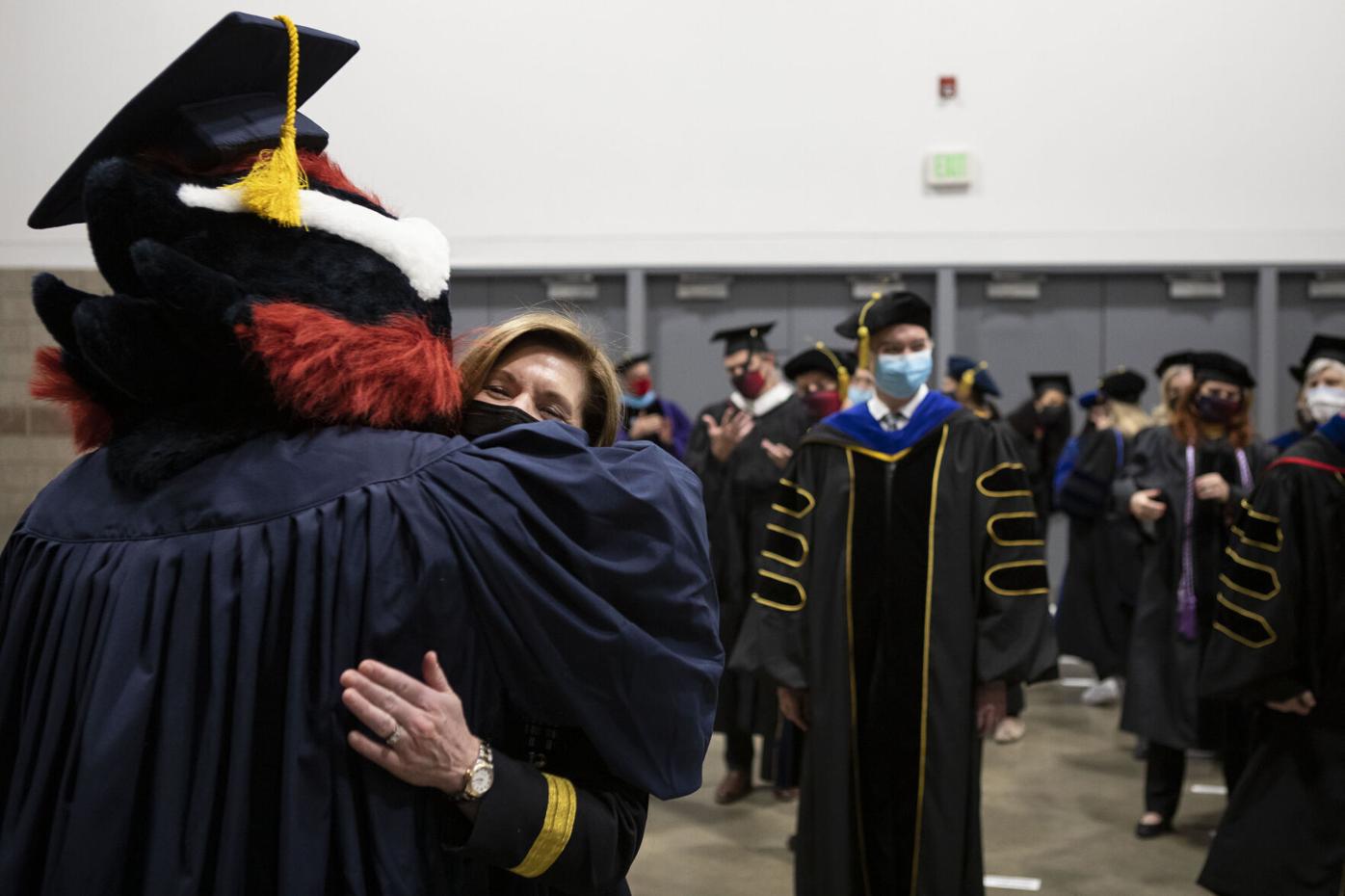 . “This is really an exciting day,” Richardson said. “I pretty much grew up at Metro.” 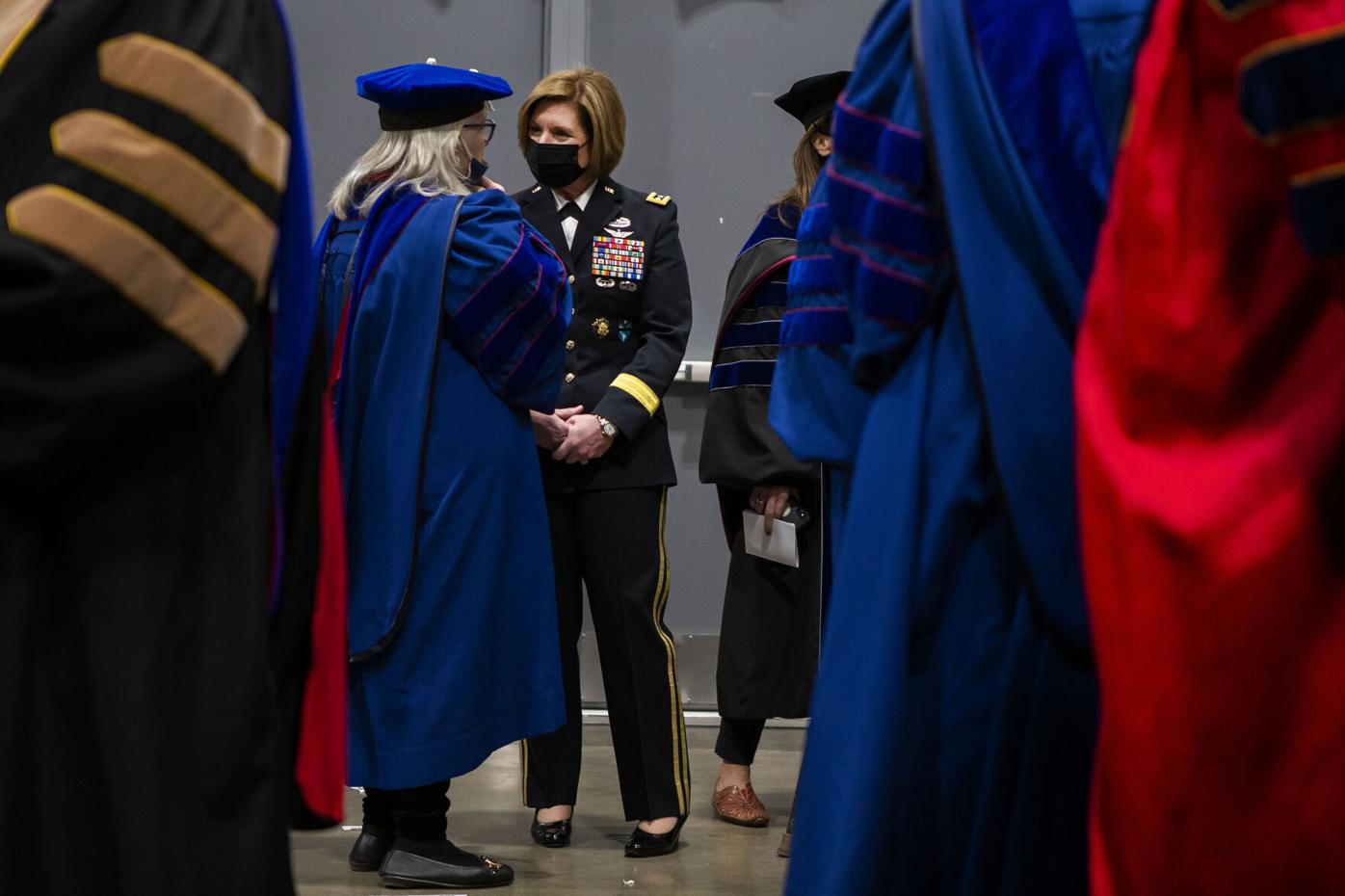 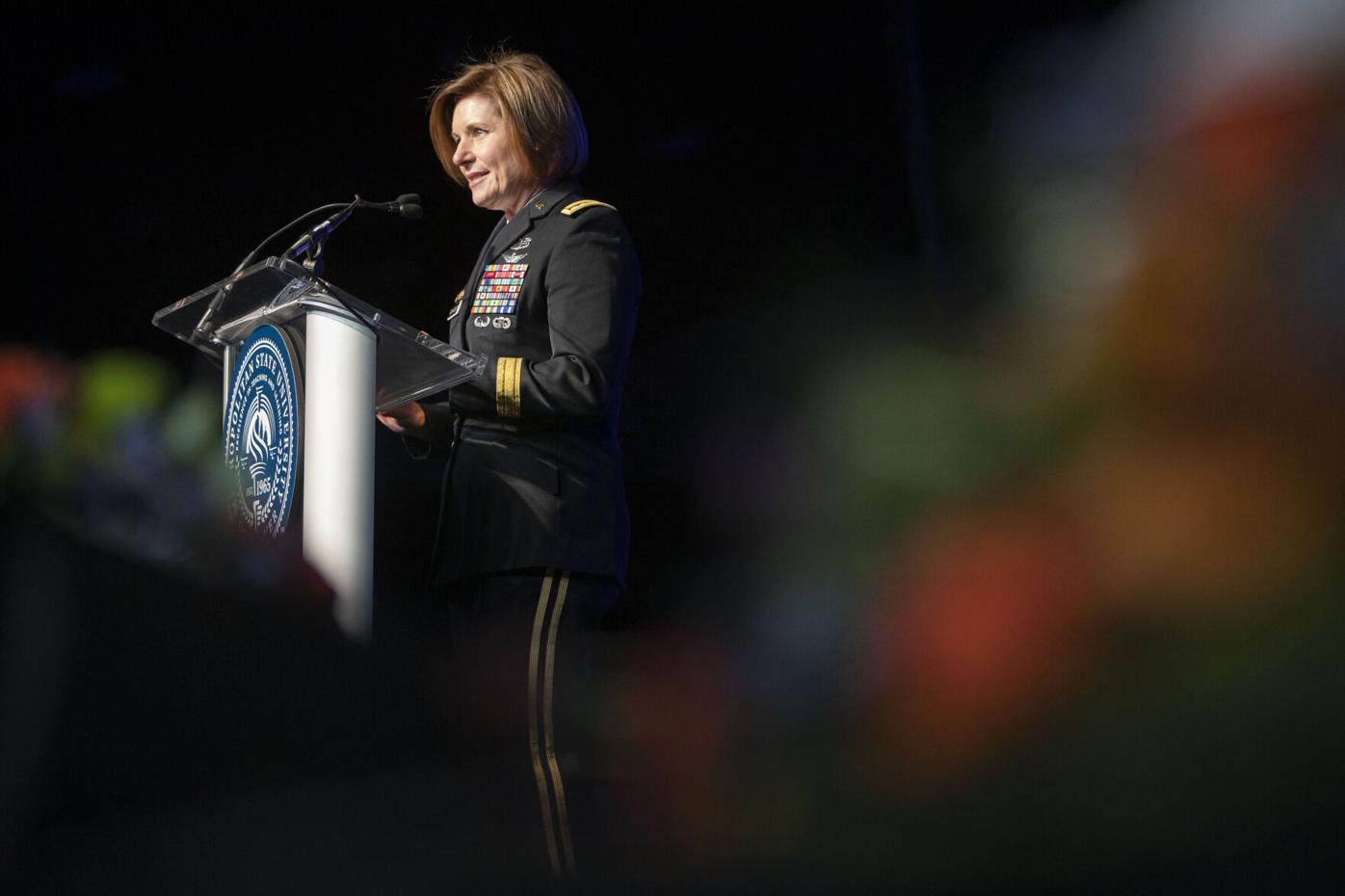 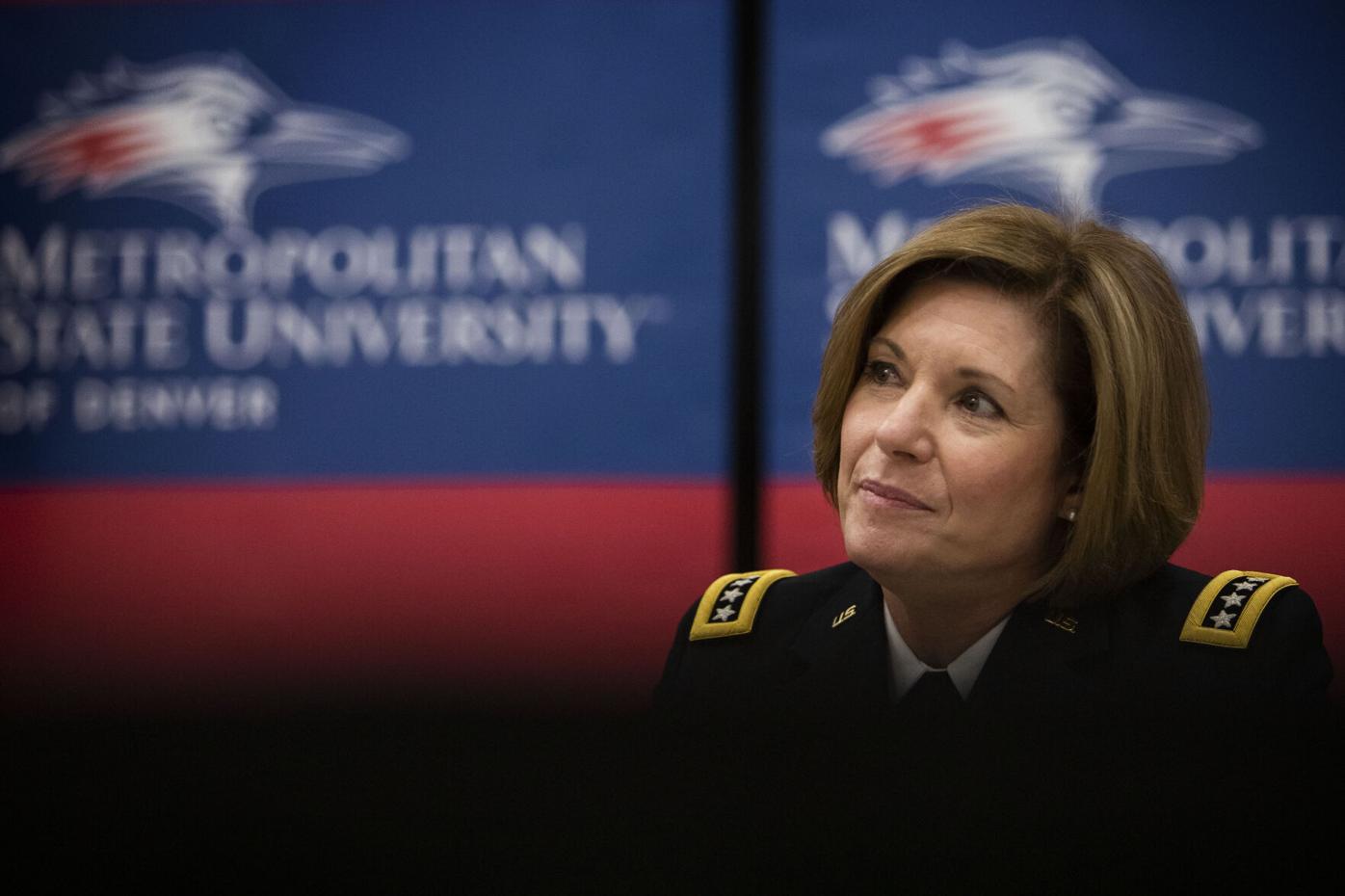 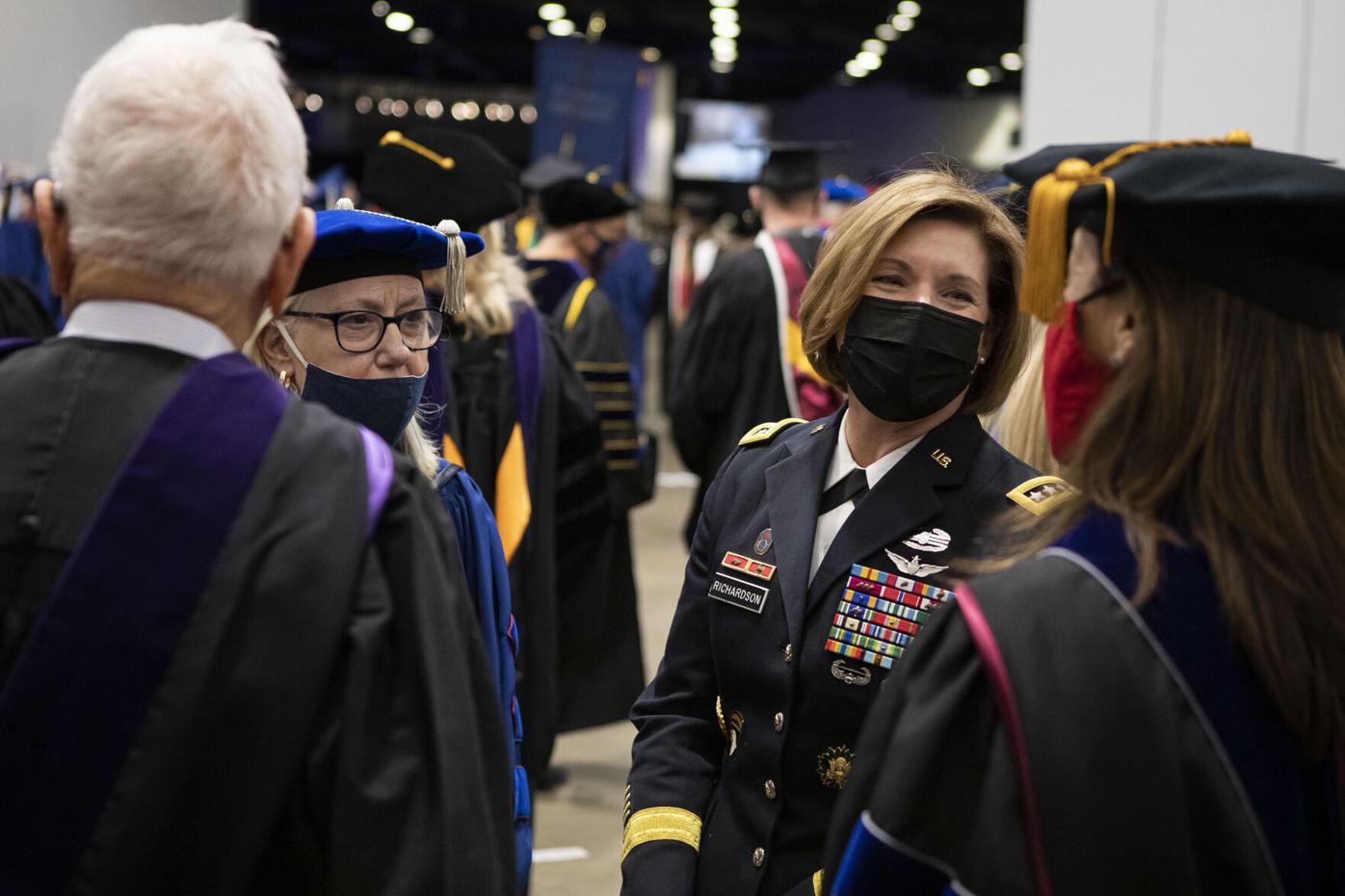 . “This is really an exciting day,” Richardson said. “I pretty much grew up at Metro.”

She is, after all, a walking example of how far a graduate can go.

Richardson took some time between two ceremonies at the Colorado Convention Center Friday to talk to reporters about her journey to become the highest ranking female in the Army, issues facing the U.S. in her area of responsibility (South America), and her thoughts on women not being required to register for the draft.

“This is really an exciting day,” Richardson said. “I pretty much grew up at Metro.”

Asked about the secret of her success, she didn’t hesitate: “Metro!”

“It’s an absolute thrill to have Gen. Richardson come and be our commencement speaker,” said MSU Denver President Janine Davidson. “Not only is she a completely distinguished alum, she’s a role model for our students. They can see what’s possible.”

Davidson and Richardson knew each other from their time at the Pentagon together, when Davidson served as undersecretary of the Navy.

Richardson was sworn in as SOUTHCOMM commander Oct. 29. She previously served as commanding general of the U.S. Army North at Joint Base San Antonio. She graduated what was then just Metropolitan State College, or “Metro,” in 1986, after her time at Northglenn High School. She went on to graduate from the Army Command and Staff College, and later the National Defense University’s Dwight D. Eisenhower School for National Security. She’s married to Lt. Gen. Jim Richardson and lives in Miami now.

“We’ve got great working relationships with everybody,” Richardson said. “I’m not used to such good relationships” as compared to working with Iraq or Afghanistan.

Of the countries in SOUTHCOMM’s area of responsibility, 28 of the 31 are “like-minded Democracies,” she said.

“We really don’t do anything alone, the United States, we always do things with our allies and partners,” she said. “Those relationships are really strong, I’m happy to say, even though politically they might not be the best.”

Asked about what young people can do to succeed, her advice was simple: “get involved.”

“Volunteer. Get out in the community and get to know your community and be a part of your community,” she said. “Be involved. Don’t sit at home and be a recluse, on the Xbox or whatever … Be part of making change. Be part of having folks hear your voice. Join Boy Scouts or Girl Scouts, this kind of stuff. … Then once you graduate from high school, it’s not like ‘what am I going to do.’ Well shoot, if you got out and you were part of something while in high school you might know of the opportunities.”

Just last week, the House and Senate Armed Services committees left a provision out of the final version of the National Defense Authorization Act that would have required women register for the draft. Richardson indicated it’s only a matter of time, but apparently now isn’t that time.

“I guess our country’s not ready for that just yet,” she said. “We opened up all combat positions for women in the Department of Defense in 2015.”

Davidson said she was on the Commission on National Service, and that it recommended women be included in the draft.

“We felt like the country was ready for it,” Davidson said. “The commission are pretty disappointed, but kind of felt politically (legislators) just punted it for another year.”

Richardson also weighed in on another controversial topic: sexual abuse and harassment in the armed services.

“This isn’t just a problem in the military, it’s a problem in our entire society, right? We see that and so I’m for anything that we think might work to eradicate this. There’s no room for it,” she said. “I look at it like fratricide. You don’t shoot your buddy when you’re trying to qualify your weapon, right? It’s the same kind of thing here … It hurts readiness. It hurts morale. It fractures the unit.”

Richardson said she’s looking forward to spending the weekend in state with her parents.

The Colorado Springs Chamber of Commerce and Economic Development Corporation has hired Jim Lovewell, a retired Air Force colonel, as its chie…