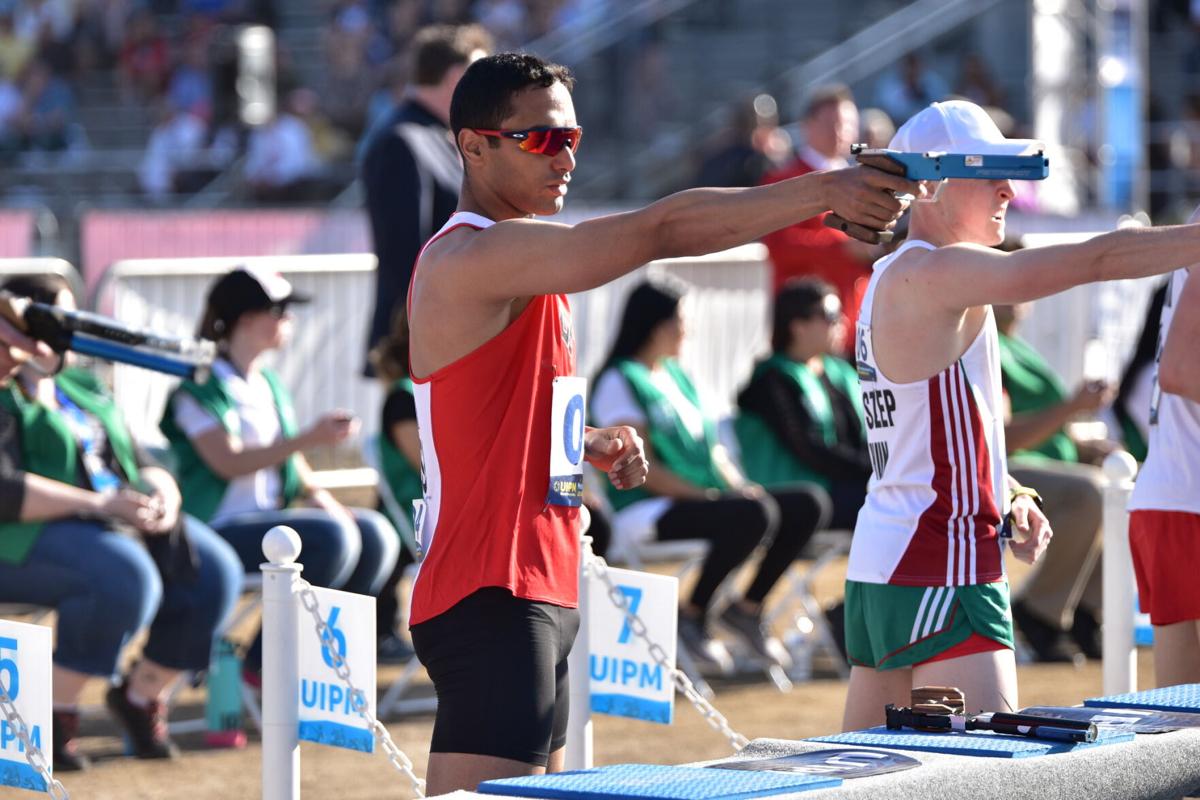 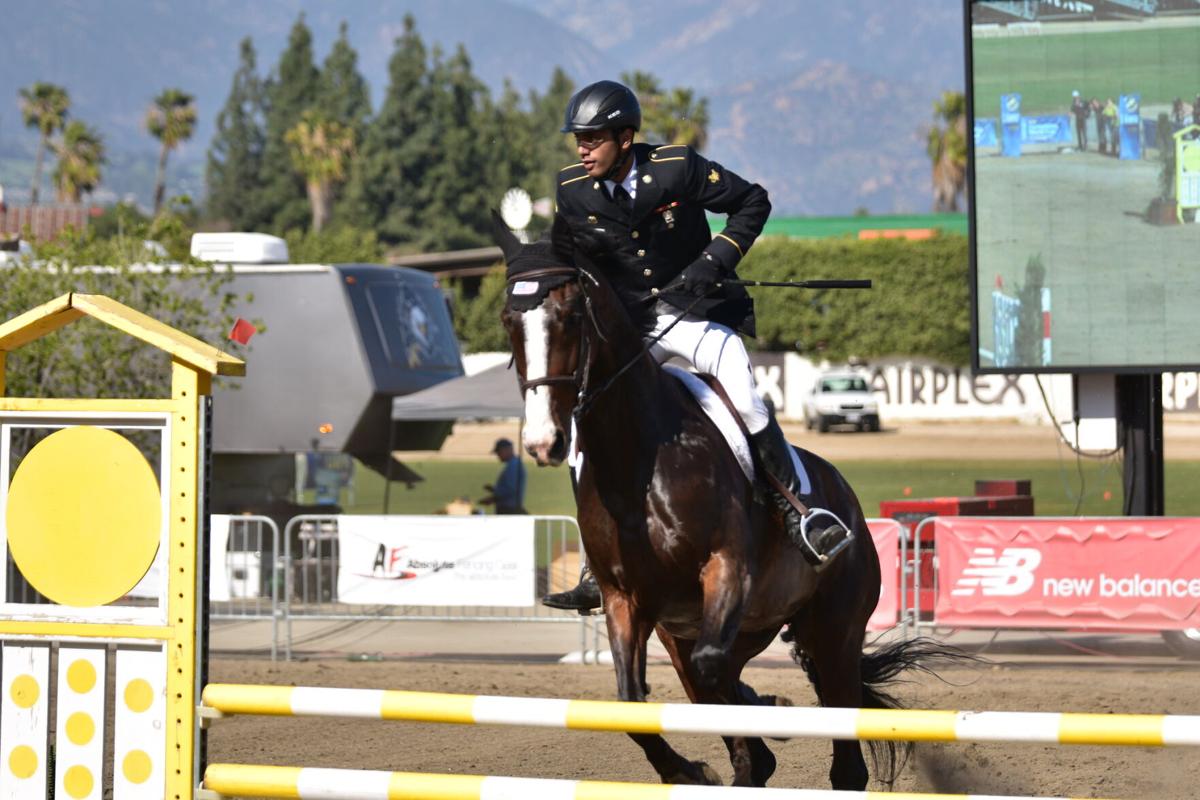 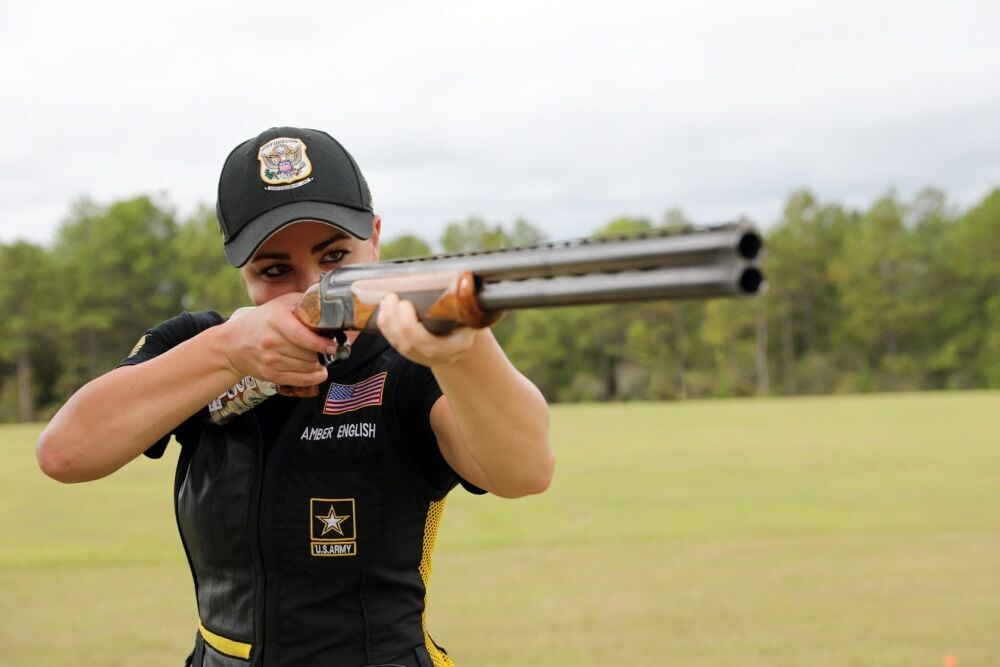 ABOVE: Army 1st Lt. Amber English competes at the 2018 Fort Benning Multi-Gun Challenge in Columbus, Ga. Before getting into competitive shooting, English was a gymnast for most of her childhood, until a back injury kept her from going further. LEFT: Army Sgt. Amro Elgeziry competes at the 2018 Pentathlon World Cup in Los Angeles. Elgeziry was born in Cairo and moved to Colorado Springs in 2014, the year he earned a world silver medal. 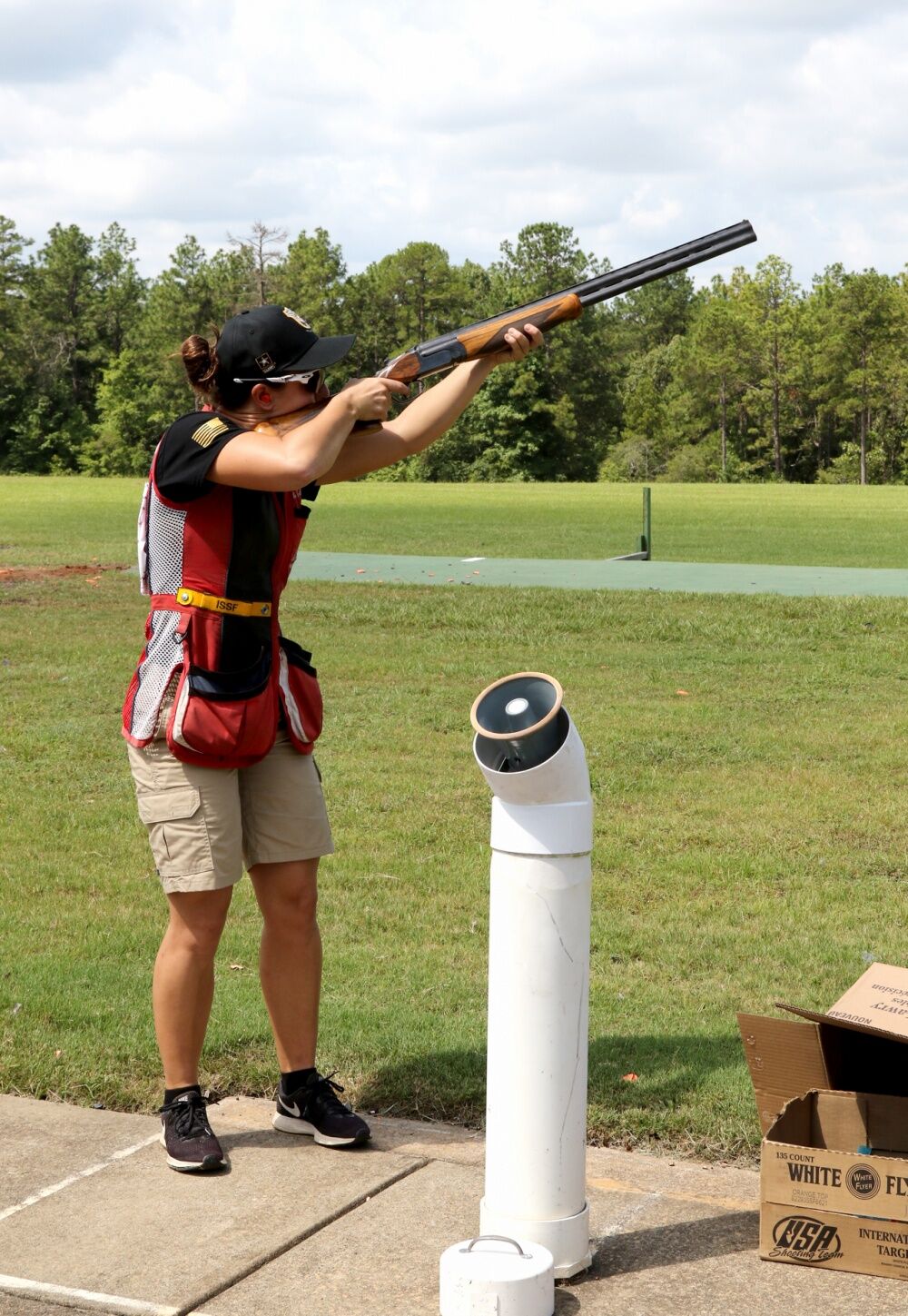 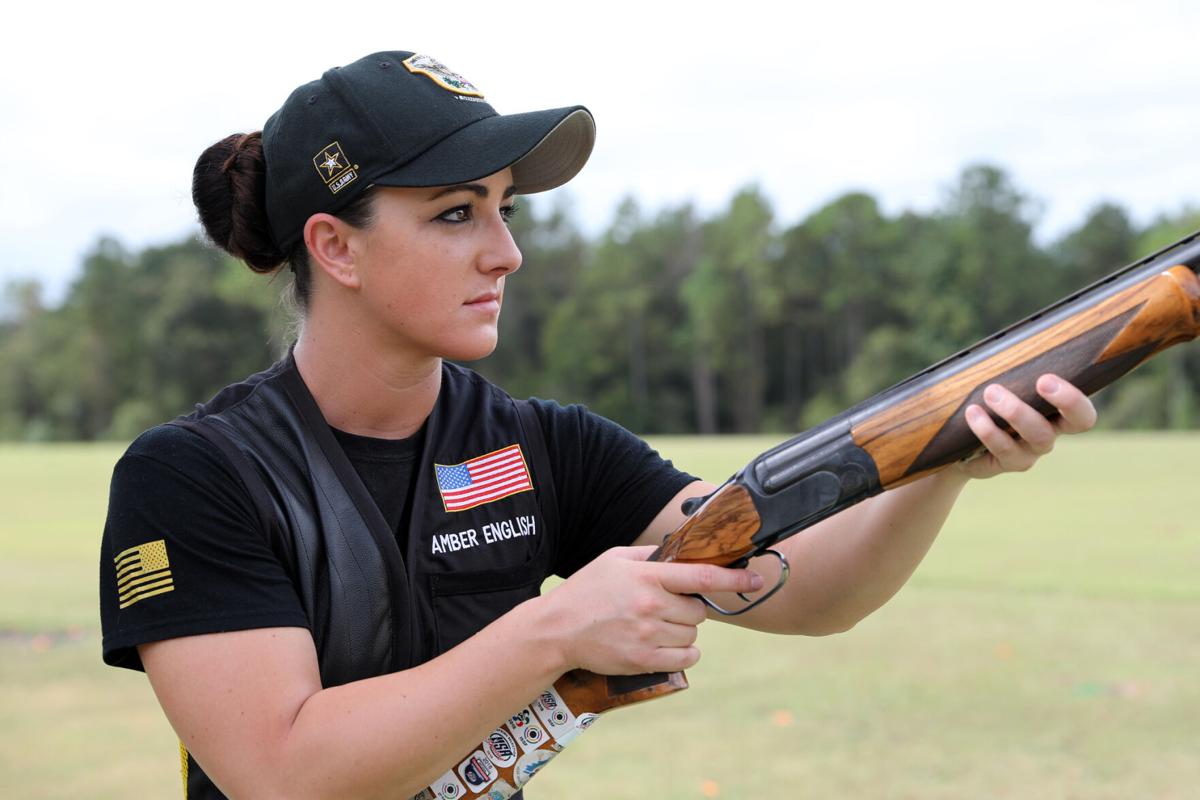 ABOVE: Army 1st Lt. Amber English competes at the 2018 Fort Benning Multi-Gun Challenge in Columbus, Ga. Before getting into competitive shooting, English was a gymnast for most of her childhood, until a back injury kept her from going further. LEFT: Army Sgt. Amro Elgeziry competes at the 2018 Pentathlon World Cup in Los Angeles. Elgeziry was born in Cairo and moved to Colorado Springs in 2014, the year he earned a world silver medal.

Thousands of Olympic athletes were set to converge on Tokyo on Friday for the opening ceremonies of the 2020 Summer Games, delayed by the coronavirus pandemic. Among them were two Army athletes with Colorado Springs ties: 1st Lt. Amber English, a Colorado Springs native stationed at Fort Benning, Ga., and Sgt. Amro Elgeziry, an Egyptian native stationed at Fort Carson.

While the year’s delay is disappointing, both say it gives them time to perfect their craft and, thus, a better chance at the goal: Olympic gold. Here’s what they told The Gazette.

On the postponement of the 2020 Olympics: ”Training is just picking back up again. We’re very excited to be on the range and have an opportunity to come to work every day and do what we like to do. We came back from the Olympic trials in March, and everything got put to a halt. It’s kind of devastating to work so hard and be on a high from the trials and have that taken away, but the positive takeaway is that we still have the opportunity to compete, and it’s better that it got postponed than canceled.”

On what fellow Olympians told her about the postponement’s silver lining: “It’s kind of a cool deal that you actually get more time to train for the Olympics instead of coming straight off trials.”

On what training will look like over the next year, with competitions up in the air: ”My training right now is just learning how to go with the flow more than usual. I’m not necessarily training for one thing specifically right now, just trying to maintain what I had and stay sharp mentally as much as possible. Right now I’m just trying to fill the calendar back up and talk with coaches and see what our next course of action is going to be.”

A different Memorial Day around Colorado Springs: Remembrance without ceremony

On his journey to the U.S.: ”I graduated medical school in Cairo, Egypt, in 2012, and started working as a resident. At the time I couldn’t let go of my American dream. I got my job and was just doing athletics full time. In 2016, I decided to join the Army.”

On the delay in the games: “I had mixed feelings. Obviously it was a shock, because we were so close. Training was at the peak, and I was already qualified. It was disappointing, but at the same time, now I know I have an extra year to prepare and be ready.”

On what training will look like over the next year: “The pandemic really hit us hard because of the nature of my sport. Swimming pools all across the country were shut down. With fencing, I have to have partners, and that wasn’t allowed. I couldn’t do that for three months. It was really rough. But we try to do our best, doing what we can at home, working on strengthening and doing on-the-ground swimming exercises. Now that things are starting to open back up, we’re starting to get back to a little bit of a normal training schedule.”

On competing for the U.S. in 2021 after competing for Egypt in three past Olympics: ”It’s always been my dream to be an American, to come to America. Now I am, and now I can live that dream. It’s very special for me to qualify in the Pan American games.”

On his hopes to complete side by side with his wife, also an Army pentathlon athlete: ”I competed in Rio for Egypt; my wife competed in Rio for the U.S. She hasn’t qualified yet, but it would be super special if we both can go under Team USA and the Army.”

On his Olympic goals: ”It would be my fourth Olympics, and hopefully my best. I am obviously aiming for the gold. I’m working so hard for this. It’s my dream. I felt really good pre-pandemic; now I have an extra year. I know I can get better and hopefully get the chance to represent Team USA and the Army and get that gold medal.”