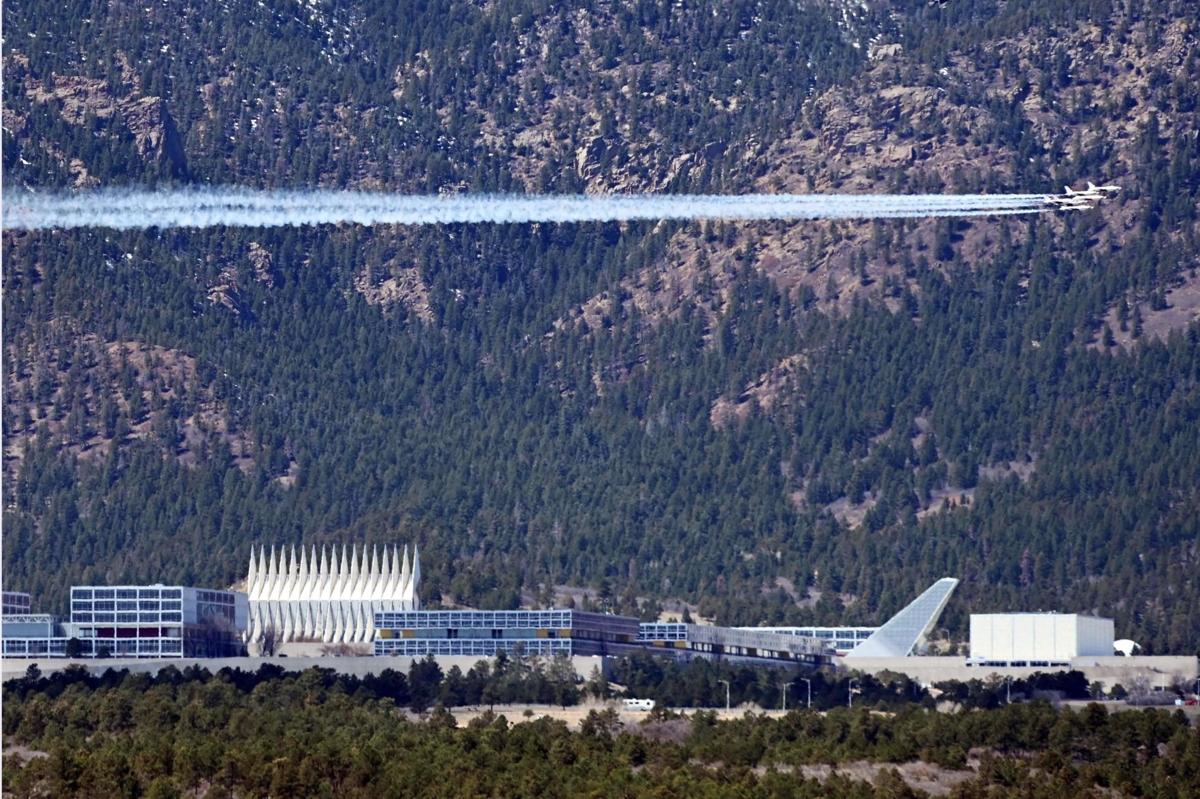 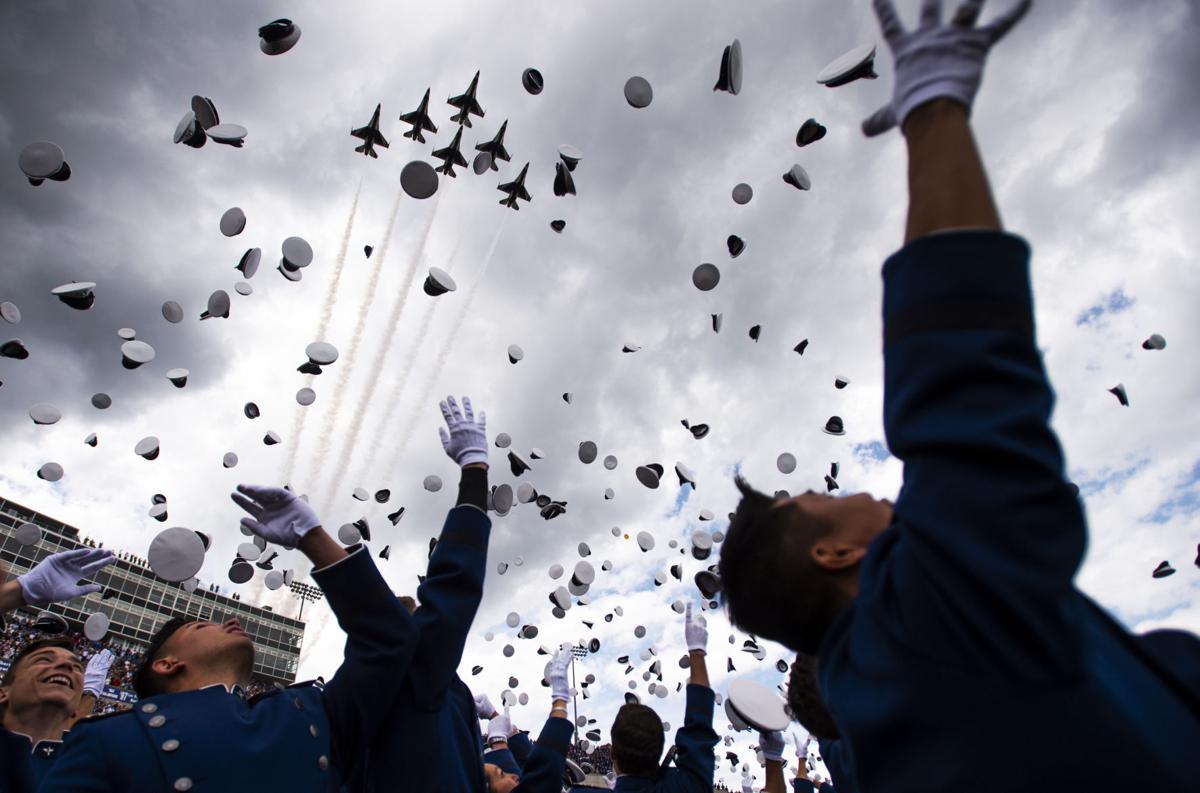 Thunderbirds fly overhead as the graduating Air Force Academy cadets throw their hats at the end of the ceremony.

Thunderbirds fly overhead as the graduating Air Force Academy cadets throw their hats at the end of the ceremony.

They roared in from the south and turned on their smoke trails above Garden of the Gods.

Just two passes — the twisting and turning spectacle that usually comes with an Air Force Thunderbirds visit to Colorado Springs is also quarantined, thanks to coronavirus.

Instead, the F-16 flying team pilots are readying for a brief appearance above the Air Force Academy graduation April 18, with takeoff and landing at their Nevada base.

The Thunderbirds are annual visitors to Colorado Springs and have joined in all but a handful of the 66-year-old academy’s graduation ceremonies. But there’s little unchanged this year for cadets and for the Thunderbirds.

The school’s nearly 950 seniors will graduate early in a coronavirus-driven move.

No American military academy has sent cadets into the ranks early since 1943.

And this year’s senior class is graduating in quarantine. The cadets have been in lockdown at the academy since March to stay away from the virus that’s sickened more than 5,000 people in Colorado.

Parents and well-wishers will be viewing the graduation online, with the academy closed to almost all visitors.

To keep cadets a safe distance apart, the academy has searched for an area larger than Falcon Stadium to hold the ceremony, with the grassy terrazzo of the school’s main campus eyed as a top contender.

The Thunderbirds are working to stay safe from the virus, too.

In the past, they have landed at Peterson Air Force Base ahead of the show and joined in a series of public events before the graduation.

This year, they are flying to Colorado from their home base outside Las Vegas and will need to conserve fuel to make it home.

Their F-16 fighters can consume 28 gallons of kerosene a minute during aerobatic maneuvers, so the twisting, turning and afterburners traditionally brought to graduation are out.

That the fighters will fly over Colorado Springs shows how the Air Force is trying to make a special day for its newest lieutenants amid the most difficult of times.

All other activities deemed nonessential have been canceled by the service.

The senior class stayed in Colorado Springs as 3,000 cadets in the lower grades were sent home to take classes online.

Until rules were eased slightly last week, the cadets were all but confined to their dorm rooms to ride out the crisis on takeout food from the school’s dining hall.

Last week’s changes allowed the cadets to venture out for other take-out options, but not much more.

The early graduation will also close a tragic chapter for academy seniors, who had two classmates die by apparent suicide in their final days at the school.

It’s the first time in 14 years the command has put the mountain into full-time use.