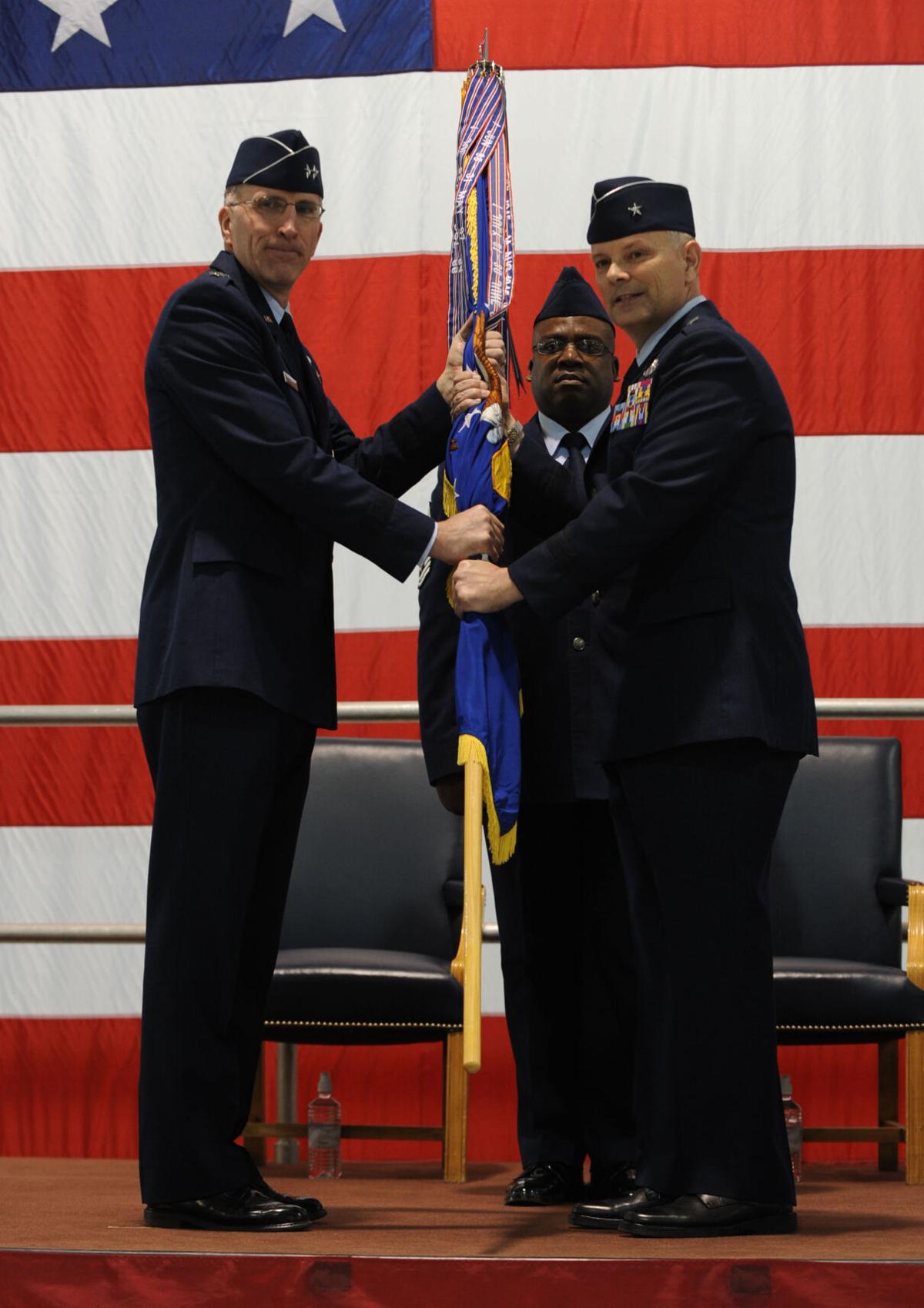 Then-Brig. Gen. Glen VanHerck is shown taking fommand of the Air Force's 509th Bomb Wing. Scammers impersonating the general and using easily available photos like this one have been trying to bilk people out of money. (Air Force Photo) 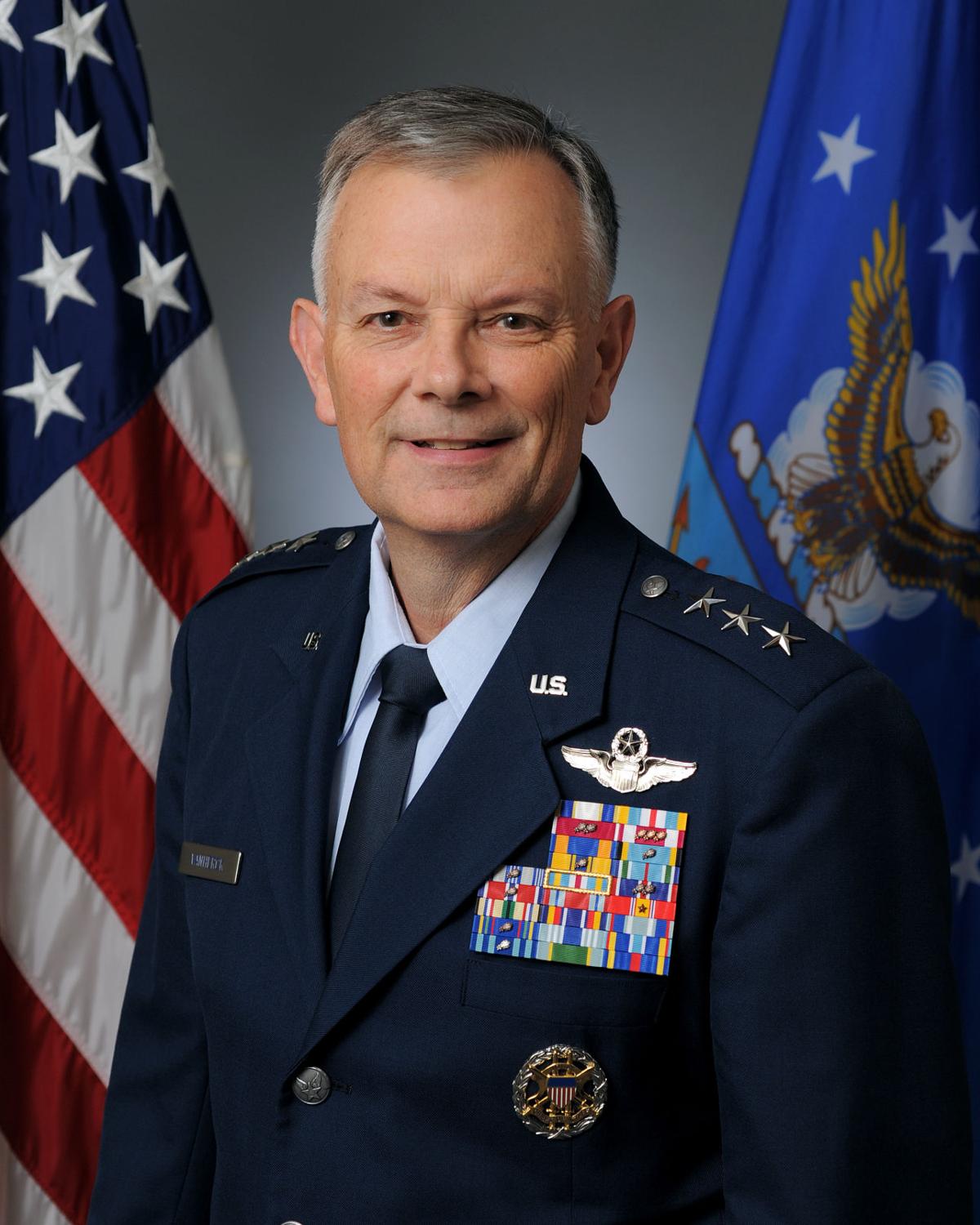 Then-Brig. Gen. Glen VanHerck is shown taking fommand of the Air Force's 509th Bomb Wing. Scammers impersonating the general and using easily available photos like this one have been trying to bilk people out of money. (Air Force Photo)

Summer is the season of love, and a lovelorn scam involving thieves impersonating military brass is back, with one version involving a soon-to-be local general.

Air Force Lt. Gen. Glen VanHerck, who has been nominated as the next commander of U.S. Northern Command and the North American Aerospace Defense Command, would like to visit you in one scam passed on by a reader. In the scam, a thief posing as VanHerck reaches out and professes adoration, which he would deliver up close, for just a few thousand bucks.

It’s something that has happened periodically since 9/11, and usually involves top brass because their biographical data and pictures can be easily purloined from the Defense Department website. Another reason to impersonate a general: People see them as successful and worth admiration. That’s why you don’t see scammers impersonating lovelorn newspaper reporters — nobody would actually want to date us.

In one portion of the latest scam, the thief presents a phony invoice from “United Nation” saying they will fly VanHerck home from Afghanistan in a “private jet” if the recipient can pay a nominal fee of $8,625. In exchange for the money, they give VanHerck “a leave of 6 months to be with you.”

There are a few obvious warning signs with this one. For one, VanHerck has no need to fly home from Afghanistan. He’s been safely stashed in a Pentagon office since 2018, when he moved east from Nellis Air Force Base for a string of top staff jobs.

He’s also not looking for love. Last I heard, Marilyn was sticking with her husband as she has done through nearly two dozen moves over his 33 years in uniform.

And, in general, when single general officers are in need of companionship, they don’t have to resort to hunting down unsuspecting paramours with unsolicited emails.

Also, while we do have troops in Afghanistan, they fall under a North Atlantic Treaty Organization mission for U.S. Central Command. The “United Nation” isn’t involved, and neither is the United Nations.

Even if they were, it’s unlikely that VanHerck would have so much difficulty finding a ride anywhere. He’s flown everything from F-15 fighters to B-2 bombers and as one of the Air Force’s most senior pilots, the military will generally pick him up when needed.

And the military doesn’t usually charge generals for flights to and from the theater of war.

Most military personnel on leave take military flights to Middle East destinations, including Kuwait, where they pick up civilian transport.

That would be far more economical than the $8,625 processing fee for putting poor VanHerck on a “private jet.”

A one-way flight from Kuwait City to Colorado Springs can be had for less than $800, with round-trip flights running about $1,200.

Those romantic “6 months” VanHerck would have at home would be difficult to come by. Every military rank from boot camp to four stars gets the same amount of vacation: one month a year.

Most generals I know are far too busy to ever use up the weeks they are given and wind up getting docked time off under the military’s “use it or lose it” policy.

There are ways to get six months off. They are all unpleasant and involve things such as severe injury and unpaid leave pending a court-martial.

Lastly, if some general or other officer reaches out pretending to be chatty, remind them of the Pentagon’s new closed-lip policy.

Defense Secretary Mark Esper announced a crackdown on blabby military leaders, telling Congress he’s deeply concerned by those who would share even “unclassified” information that could wind up in the hands of reporters.

So, if that really was VanHerck online trolling for love and looking for a ride home, news of it wound up at The Gazette, just as Esper feared it could.

And Lt. Gen. VanHerck is in some seriously hot water for leaking.

An Air Force Academy cadet pleaded guilty this week to several drug charges and was sentenced to seven months in jail, the academy said in a n…