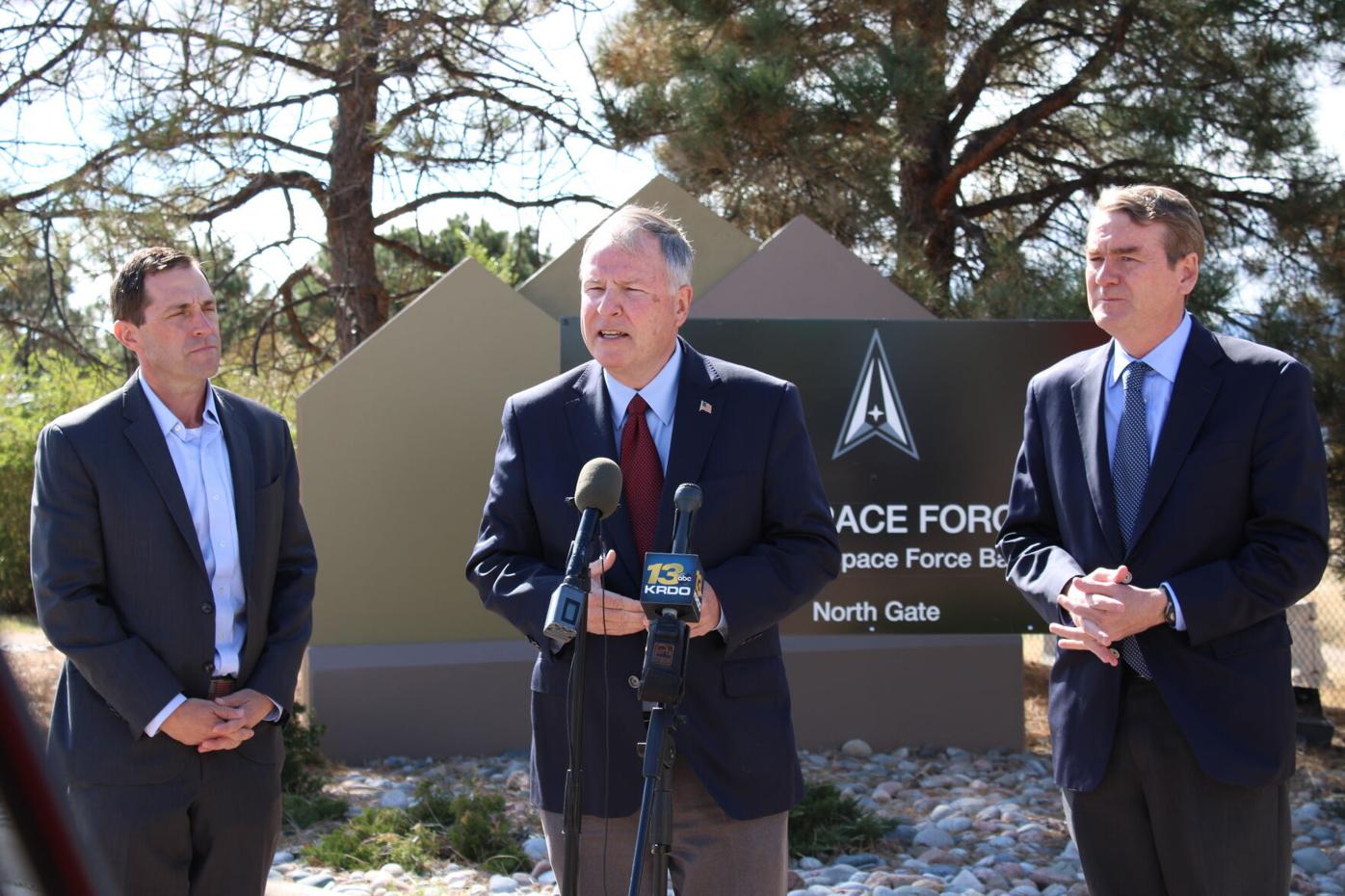 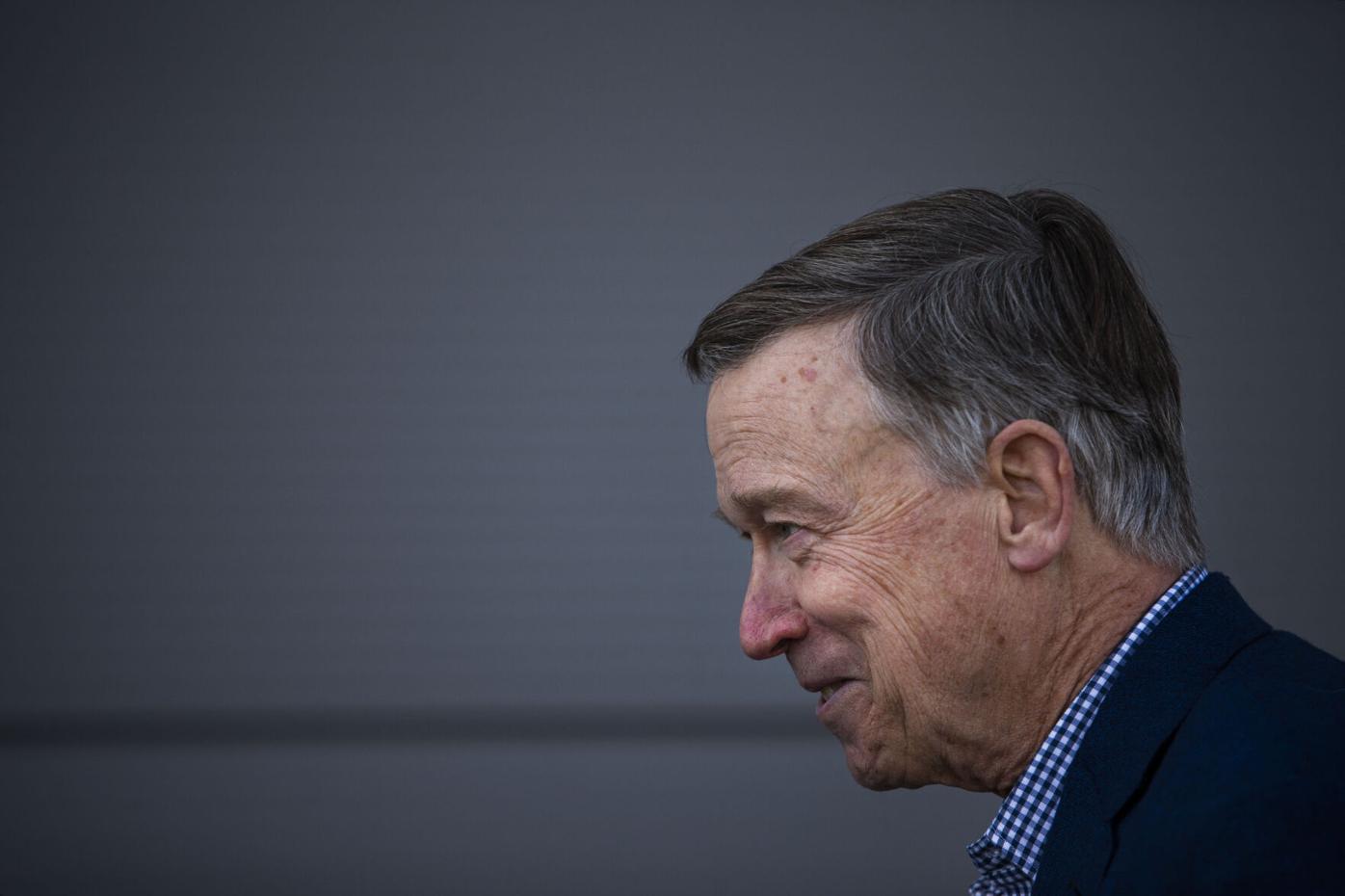 Sen. John Hickenlooper speaks to a member of the media after a press conference on Friday, Nov. 12, 2021, in Edgewater, Colo. (Timothy Hurst/The Gazette) 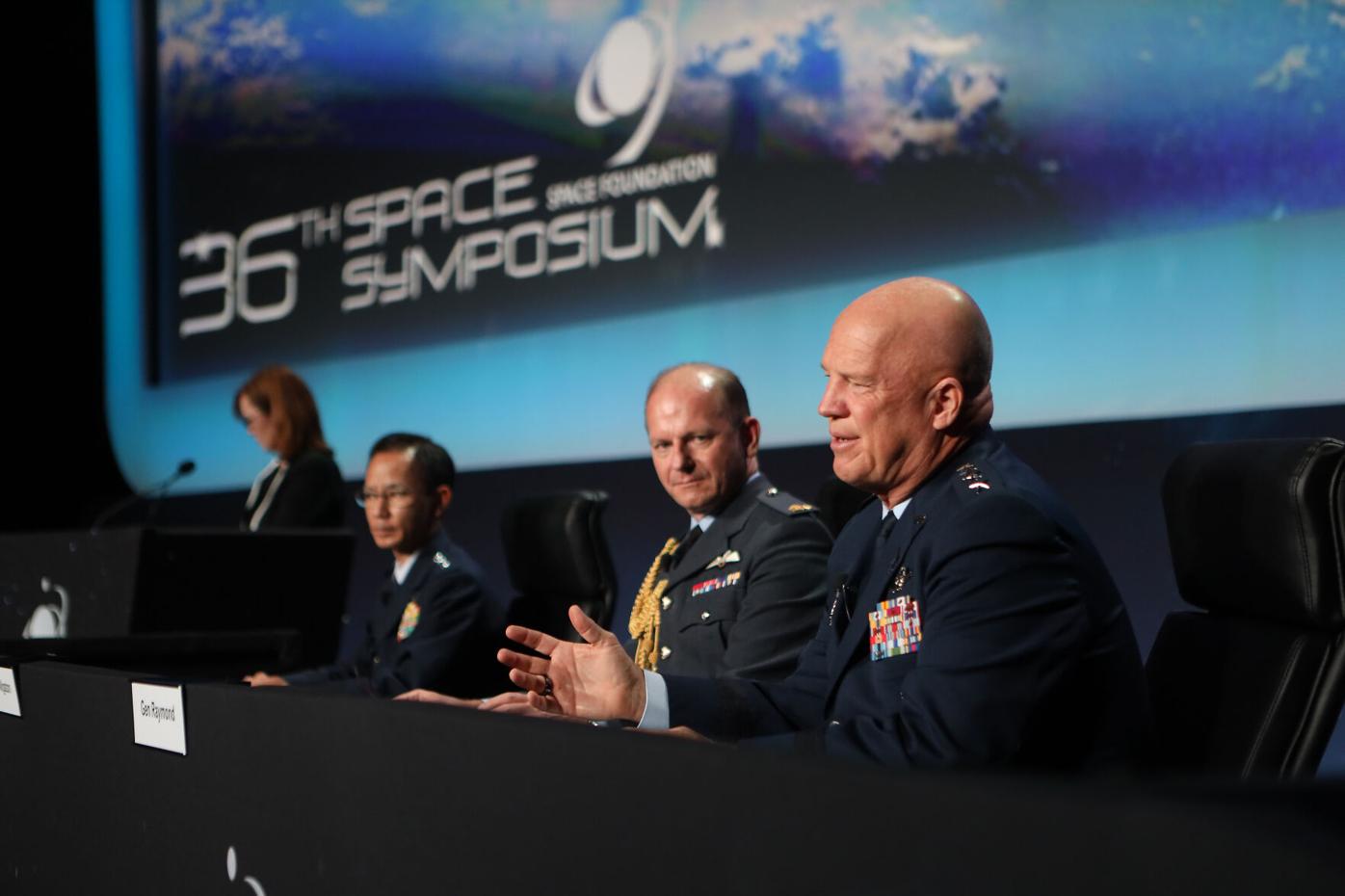 Sen. John Hickenlooper speaks to a member of the media after a press conference on Friday, Nov. 12, 2021, in Edgewater, Colo. (Timothy Hurst/The Gazette)

Colorado Springs Republican U.S. Rep. Doug Lamborn and Democratic U.S. senators Michael Bennet and John Hickenlooper — like many leaders throughout the world — have criticized Russia for launching a missile that destroyed Cosmos 1408, a defunct Soviet reconnaissance satellite, blasting roughly 1,500 trackable pieces of debris into Earth’s orbit at a speed of approximately 17,500 mph.

"Russia's destructive test is contrary to international norms and poses a dangerous threat," Bennet told The Gazette on Wednesday.

Hickenlooper, chair of the Commerce Subcommittee on Space and Science, agreed completely.

Days after the test, Hickenlooper introduced a bipartisan amendment to the 2022 National Defense Authorization Act — the military’s budget — condemning the missile test and reaffirming responsible behavior in space. Hickenlooper is also leading a letter to Vice President Kamala Harris ahead of the National Space Council’s first meeting next week to express the urgent need of developing international rules for behavior in space.

Lamborn stated that if that were to happen, it would be an act of war.

“The Russian test as well as the Chinese hypersonic glide vehicle test some weeks earlier shows that these two countries are doing everything that they can to match or exceed our capabilities in space,” Lamborn said. “It’s a serious threat and when we face these kinds of threats it’s not prudent to pick up Space Command and move it somewhere else. In fact, it would be disruptive, expensive and waste valuable time.”

Lamborn added an amendment to the 2022 National Defense Authorization Act that prevents any work on the planned move of U.S. Space Command and its 1,400 troops from Colorado Springs to Huntsville, Ala., until after the Government Accountability Office and the Department of Defense Office of Inspector General complete their reviews of the decision.

Results of the GAO review, currently underway, are expected to be released in March, Chuck Young, managing director of public affairs for the agency, told The Gazette.

Shortly before leaving office, President Donald Trump announced in January the decision to move Space Command. It is currently scheduled to remain in Colorado Springs until 2026.  Trump said on a radio show in August that he "single-handedly" picked Alabama as the new home for U.S. Space Command, confirming a January report by The Gazette.

Trump’s decision has drawn fire from Colorado politicians who claimed the choice was politically motivated.

“The last administration’s decision to move Space Command ... I believe was not made in the national security interests of the United States but ... for political reasons that are not the reasons these decisions should be made,” Bennet said last month outside a gate at Peterson Space Force Base, where the command, which oversees all American military missions in orbit, is located.

Congress brought Space Command back to life in 2019 after an earlier version was shuttered in 2001 amid post-Cold War budget cuts. The Pentagon picked Colorado Springs as the provisional home of the recreated command, putting it back where it originally was founded in 1985.

Receiving the command would be a financial bonanza for Alabama and a big blow to Colorado Springs, because it will be backed by thousands of civilian workers and billions of dollars in military contracts. Any state housing the command would also potentially woo a bigger piece of the booming civilian space industry, which has again shattered records for the number of commercial satellite launches in 2021.

Gen. John “Jay” Raymond, Space Force chief of space operations, said during the Space Symposium in August at The Broadmoor that the number of active satellites had grown from 2,100 to about 4,900 in the previous two years.

Improving safety and security of satellites and sharing information between allies were top concerns and priorities addressed at the symposium.

“In every warfighting domain, there are rules on professional behavior," Raymond said in August. “We don’t have that here. It is the wild, wild west.

“Space fuels our way of life and our way of war. Our adversaries understand that and are developing weapons purpose-built to degrade our space capabilities.”

In the past several years, Raymond said China and Russia have continued to build satellites that could pose a threat to American spacecraft.

Military experts discuss the future of warfare in forum

Congressional negotiators on Tuesday dropped a provision from the annual defense bill that would have postponed any work toward moving U.S. Sp…