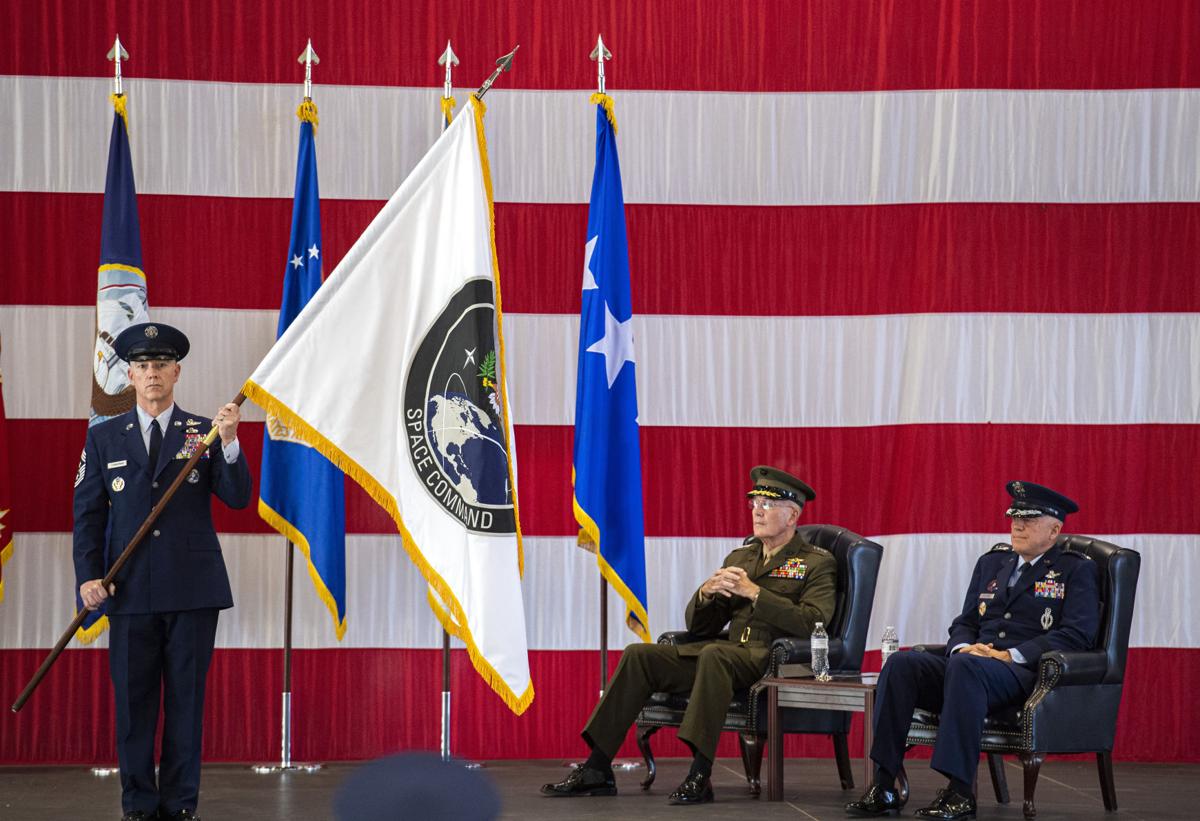 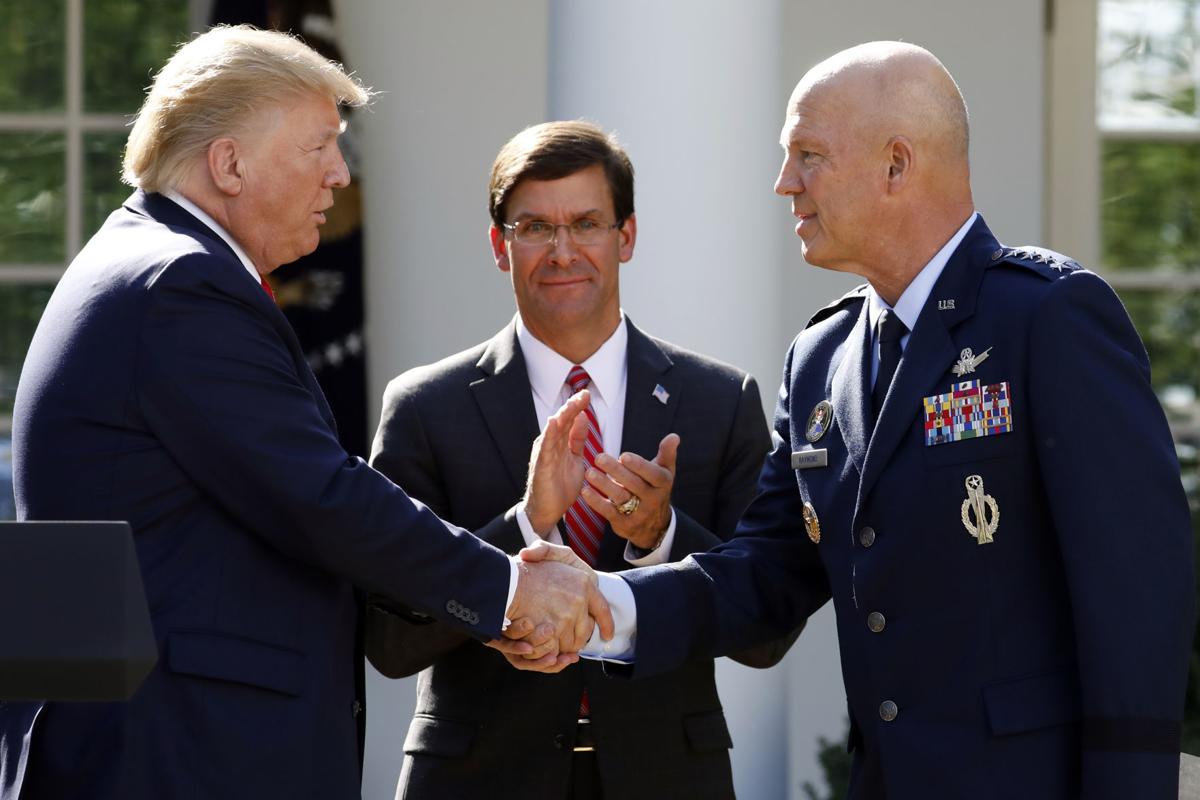 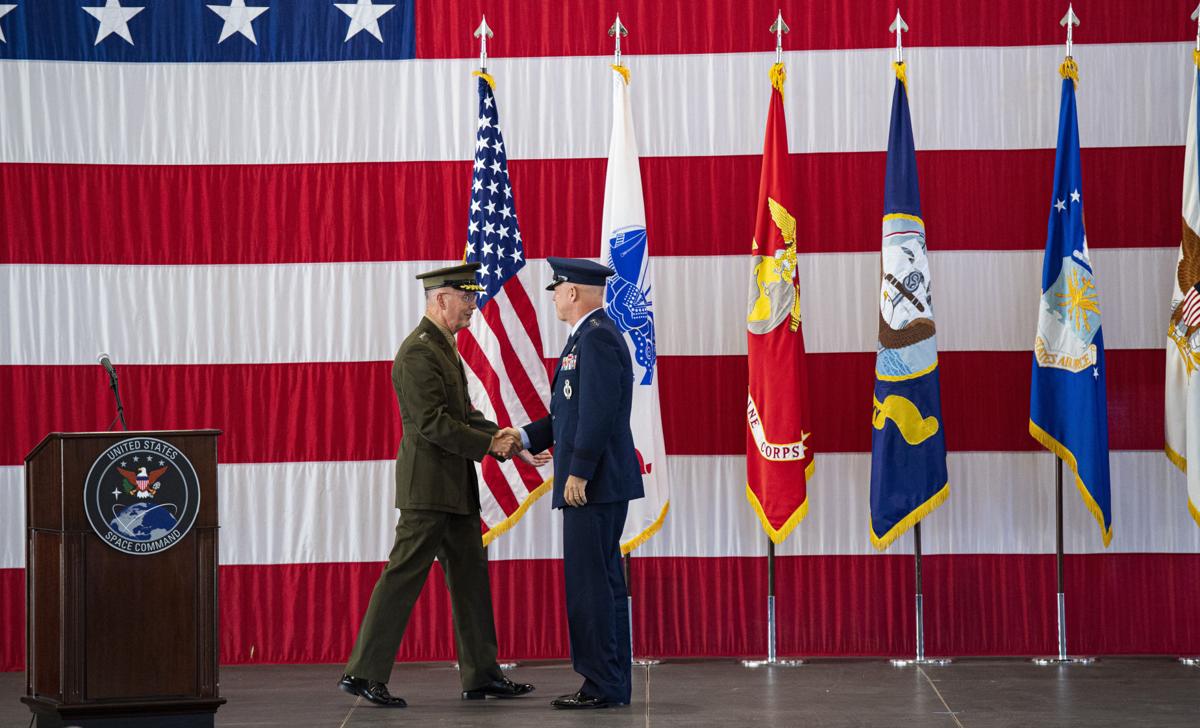 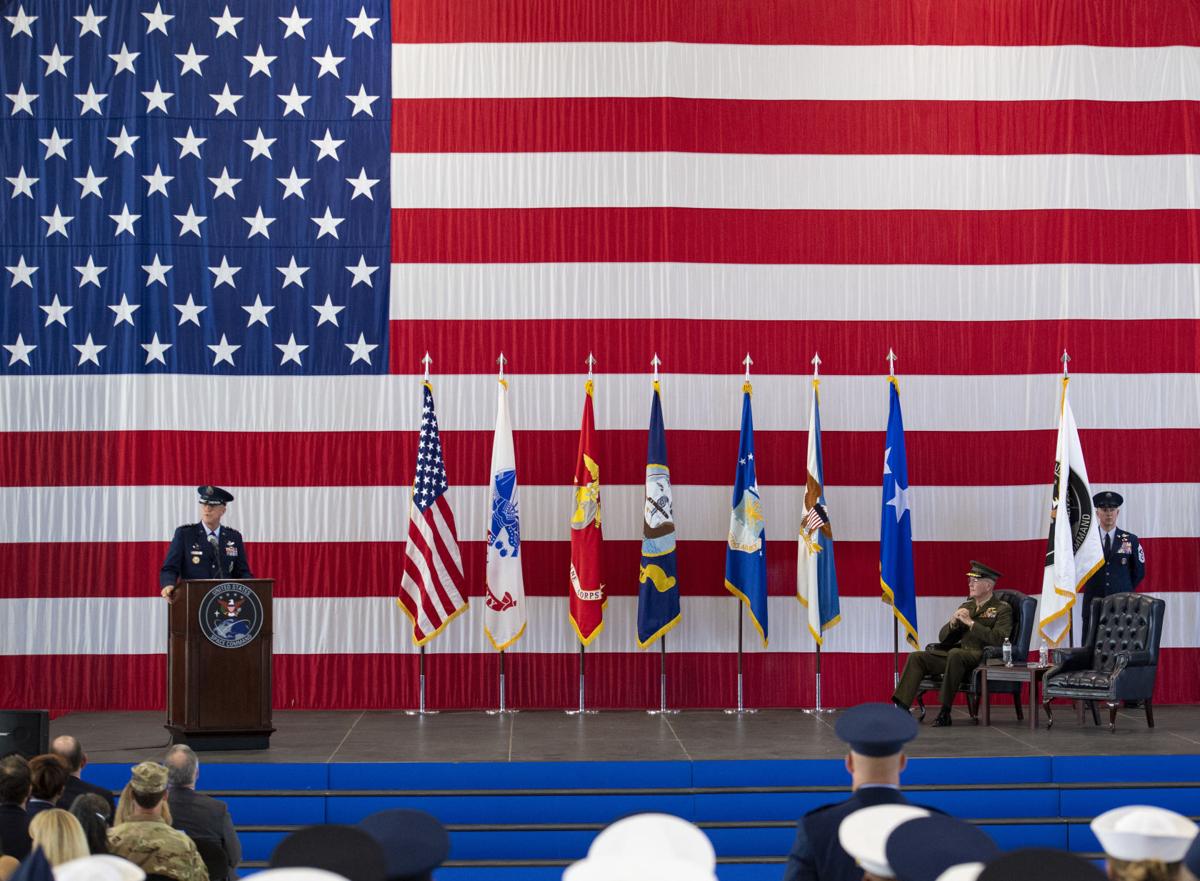 Editors note: The name of an El Paso County commissioner was misspelled in this story. Longinos Gonzalez Jr. is among the politicians hoping to keep the command, which is temporarily assigned here, in town permanently.

America’s new command for space was introduced to Colorado Springs on Monday in a packed Peterson Air Force Base hangar filled with military brass and local politicians vying to keep the unit in town.

U.S. Space Command controls the satellite efforts of all service branches, and its creation kicked off a new kind of space race, with communities across America wooing the Pentagon to lure the command and its hundreds of troops. The command, which will oversee development of a new generation of satellites and systems to defend them, also comes with a galaxy of defense contractors who want a piece of the military’s newfound focus on the stars.

“It means a lot to Colorado and the United States of America,” said retired Air Force Maj Gen. Jay Lindell, Gov. Jared Polis’ top aide for attracting aerospace business to the state. “It’s significant, and hopefully the final decision will mean that Space Command gets to stay in Colorado.”

Trump on new command for space in Colorado Springs: 'It's a big deal'

The military was mum Monday on where the new Space Command will land. Instead, top brass focused on how the command will help America fend off rivals amid growing competition in orbit. Russia and China have proven capabilities that can take out American satellites, and a host of other nations are closing in on the ability to wage war in space.

“We can no longer take our access to space for granted,” said Marine Gen. Joseph Dunford, chairman of the Joint Chiefs of Staff who headlined Monday’s event. “Space is a contested domain.”

Dunford said the new command “will seize and hold the high ground” to keep America’s military advantage in orbit.

The new command is led by Peterson’s Gen. Jay Raymond, who since 2016 has led Air Force Space Command, which handles that branch’s satellites.

Raymond said the new Space Command may seem like a re-run: U.S. Space Command was housed at Peterson from 1985 until it was closed in 2002 in a Pentagon cost-saving move.

But the new U.S. Space Command “is a different command built for a different time,” Raymond said.

U.S. Space Command will combine well-honed skills to monitor objects in orbit and move American satellites to safety with new, so far undefined, offensive options that will allow troops to target enemy spacecraft in wartime.

“The new space command has a much sharper focus on offensive and defensive operations,” Raymond said.

America hasn’t had officially acknowledged, dedicated anti-satellite weapons since the Cold War. And programs to target satellites with lasers and powerful ground-based jammers have largely languished since the Reagan administration.

But President Donald Trump has embraced military missions in space like few other presidents. Trump, who held a White House ceremony Aug. 29 to formally establish the new command, has also pushed for a separate military service dedicated to missions in orbit.

The Space Force has seen initial approval in Congress but is awaiting a final vote to seal its creation.

Raymond said America is the best nation on the globe when it comes to military space systems. And “with the establishment of U.S. Space Command, we are even better.”

The push for a command to lead space battles and the Space Force is driven by the Pentagon’s ever-growing reliance on satellites. Every tank, ship, plane and Humvee is equipped with satellite gear to communicate, navigate and target enemies.

Leaders worry that any battle lost in space would lead to losses in the air and on land and sea in future wars.

“We will lead the protection and defense of those critical space capabilities,” Raymond pledged.

Where Raymond and his team will live as they orchestrate America’s space strategy remained wide open Monday.

The competition to house the command has come down to a few finalists, with California, Alabama and Florida trying to wrest the command from Colorado.

Insiders say Colorado Springs has an edge in keeping the command.

One official who came to Colorado Springs for a U.S. Space Command job admitted he’s looking for houses here, though the city hasn’t been named as the unit’s permanent address.

Weighing heavily in the Pikes Peak region’s favor is the fact that the command is already here, as is the infrastructure it needs, from communications facilities to a skilled workforce. Space Command’s new logo includes the depiction of a pair of orbits over a globe. The logo may include a hint: The orbits intersect in Colorado Springs.

“We are the only location that already has all that infrastructure,” said El Paso County commissioner Longinos Gonzalez Jr.

Others, including U.S. Rep. Doug Lamborn, R-Colorado Springs, have portrayed the fight for the command as a test of congressional horsepower.

Lamborn was at work Monday twisting arms at the event.

But the final decision rests with the Pentagon. And officials there aren’t talking.

The command’s quarters are also a work in progress, with troops piled into borrowed spaces at Schriever Air Force Base and packing into offices with Air Force Space Command at Peterson.

Those makeshift accommodations, though, can’t be used as an excuse for U.S. Space Command, leaders said.

Dunford said the competition in space is similar to the situation America faced in the 1950s, when the Soviet Union raced ahead of American space efforts.