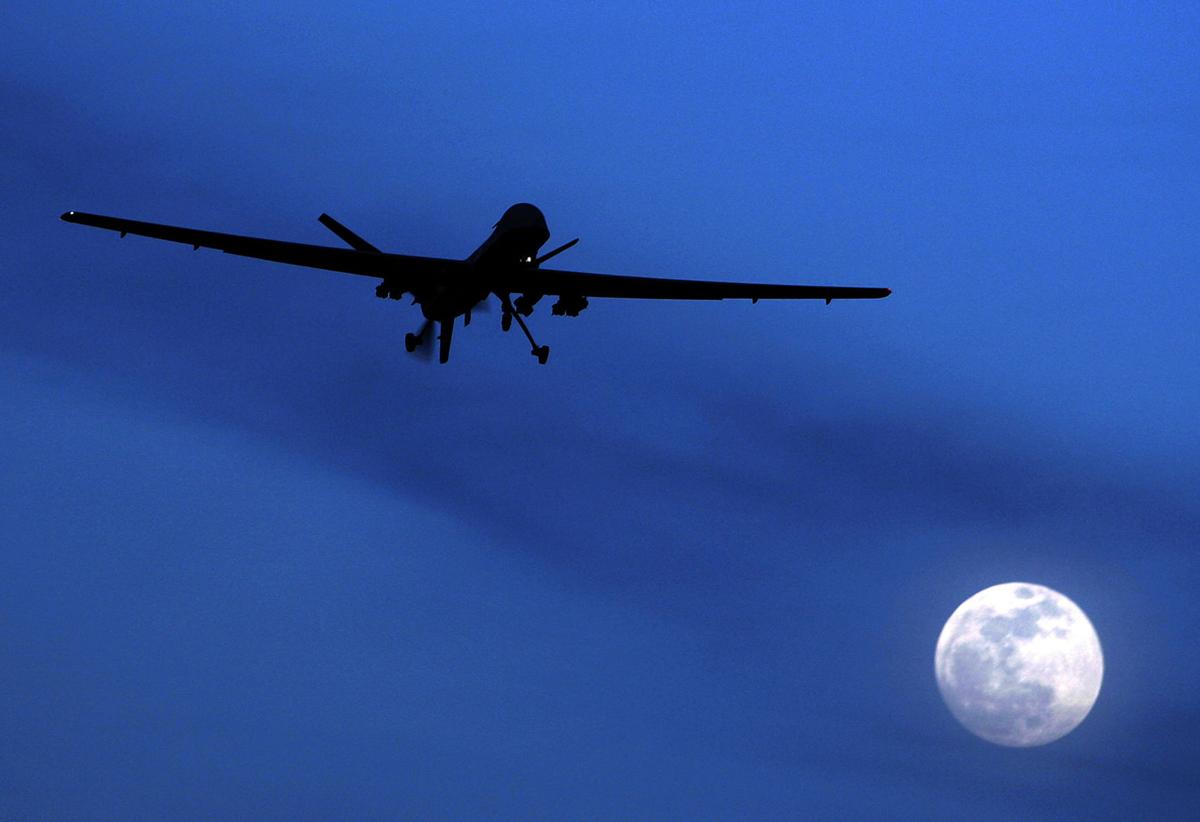 An unmanned U.S. Predator drone flies over Kandahar Air Field in southern Afghanistan on a moonlit night in January.

An unmanned U.S. Predator drone flies over Kandahar Air Field in southern Afghanistan on a moonlit night in January.

America’s allies would still be better off with Amazon Prime than the U.S. military for deliveries, a Government Accountability Office investigation found, which showed the Pentagon is still racking up outrageous shipping fees on military gear shipped overseas.

In an earlier report, the watchdog found the Pentagon had overcharged allies by more than $400 million for shipping fees on military gear sold overseas from 2007 to 2018. And the new report finds the Pentagon is in no hurry to fix the fee issue.

“Officials indicated that they are developing guidance and processes to help address these challenges, but had not completed them as of February 2020,” GAO said in its latest report.

At issue are the billions of dollars in military hardware sold through the Defense Security Cooperation Agency, which doles out U.S. aid money overseas and acts as a middleman in arms sales deals.

Allies can opt to have the Pentagon ship order, rather than sending over their freighters or transport planes to pick up their arms or repair parts. But that shipping program has little oversight and few procedures in place to ensure that allies are getting a fair bill.

The Pentagon has blamed fluctuating fuel costs and other factors for piling up the shipping surplus. But GAO found there’s a degree of flimflammery at work, too.

For instance, bosses at the security cooperation agency have ordered that shipping charges be reviewed, but the agency “has not established procedures for conducting that review, including how to analyze expenditure data, or identify and address discrepancies,” GAO found.

America is the world’s largest seller of arms, with $180 billion in exports in 2018. Sales of arms are run through the State Department and Pentagon to assure regulatory compliance with rules on what can be exported and who can buy American arms. Iran, for instance is on the naughty list.

The accountability agency first flagged the issue with transportation money when a financial review of the Pentagon showed a slush fund piling up cash. The Pentagon said it would move the money somewhere else but wouldn’t offer refunds to overcharged allies.

A year later, investigators say the risk remains that the Pentagon is using “transportation accounts to pay for unallowable costs, or pay transportation costs from the incorrect account.”

Investigators reviewed three months of arms shipments and found issues with nearly a quarter of the transactions.

For 19% of the shipments, incorrect billing information was provided. Another 3% of shipments lacked a proper shipping transaction number, the report said.

Hooper said his agency was doing plenty of oversight.

“Though pending formalization, the process itself has already been implemented,” he said.

Whether coronavirus is still raging or the beast has been tamed this summer, Fort Carson’s 4th Combat Aviation Brigade will be prepared for it…