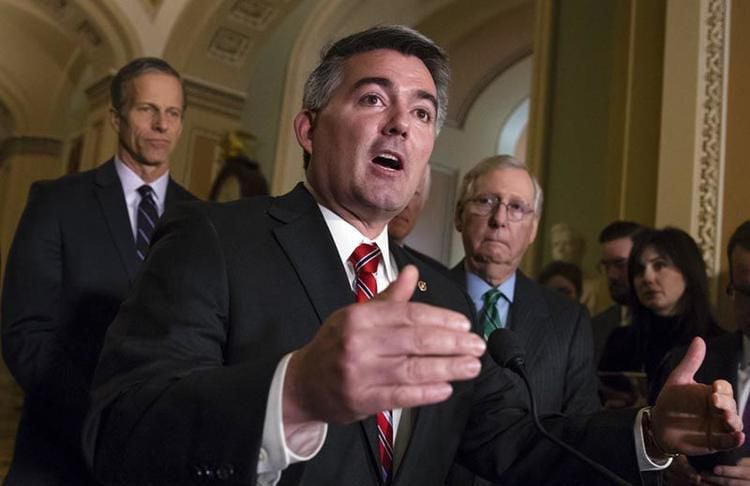 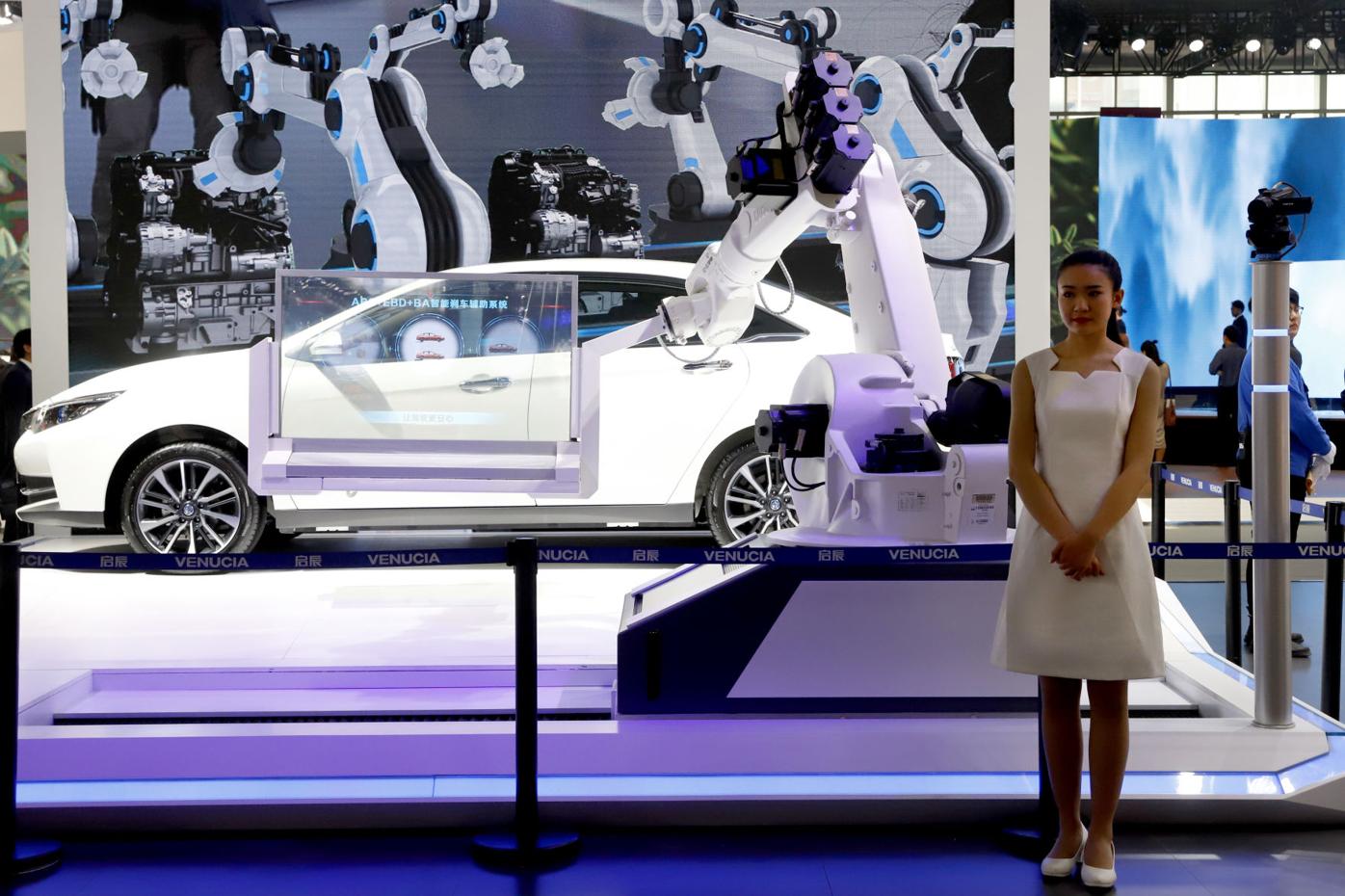 An industrial robot is displayed with a car at the booth of a Chinese automaker during the China Auto 2018 show in Beijing in April. Under President Xi Jinping, a program known as “Made in China 2025” aims to make China a tech superpower by advancing development of industries that in addition to semiconductors includes artificial intelligence, pharmaceuticals and electric vehicles. China’s spending on AI outpaces that of the U.S.

If Congress approves more spending on artificial intelligence, Polaris Alpha is likely to be among the winners.

Artificial intelligence is a branch of computer science that develops intelligent machines that work and react like humans, ideally with faster responses and smaller margins for error. Facial recognition technology and self-driving cars are examples.

It is used by the Defense Department to identify and respond to military threats and aggression.

“These investments threaten to erode our technological and operational advantages and destabilize the free and open international order.”

The subcommittee called the hearing partly as a response to the John S. McCain National Defense Authorization Act for fiscal year 2019, which directed the Defense Department to review how artificial intelligence is serving military needs.

The measure requires the Pentagon to develop a plan for artificial intelligence. The Polaris Alpha contract is supposed to be one part of the plan.

She added, “AI is an increasingly vital tool in the U.S. military’s arsenal for the simple reason that it provides the warfighter with an asymmetric advantage across the entire spectrum of the modern battlefield.”

Colorado Republican U.S. Rep. Doug Lamborn is a member of the subcommittee on emerging threats and capabilities. Although he did not speak during the hearing, other members of the Colorado delegation offered strong opinions on military artificial intelligence and Colorado’s role in supporting it.

“It’s extremely important we make sure U.S. military technology and capabilities remain ahead of other countries like China and Russia, and Colorado companies can play a major role in this space,” Colorado U.S. Sen. Cory Gardner, a Republican, said in a statement.

Colorado U.S. Rep. Ken Buck, a Republican, said, “The United States should aim to lead the world in artificial intelligence research and overall military readiness. It is frightening that the U.S. may have ceded our AI advantage to China, given China’s human rights abuses and aggressive behavior in the South China Sea.”

A key component of the Pentagon’s plan is establishment of the Washington-based Joint Artificial Intelligence Center. Announced last summer, it will oversee nearly efforts to develop the technology.

The project uses advanced computer algorithms for “computer vision,” which is a form of machine learning. Analysts can feed data into the system where objects of interest can be automatically extracted, similar to keywords that search and identify information from among billions of data items on Google and other search engines. However, Project Maven more often searches for military threats from among moving or still imagery, such a film footage from airborne drones.

Problems with facial recognition easy to see, hard to manage

An unusual consensus emerged recently between artificial intelligence researchers, activists, lawmakers and many of the largest technology com…